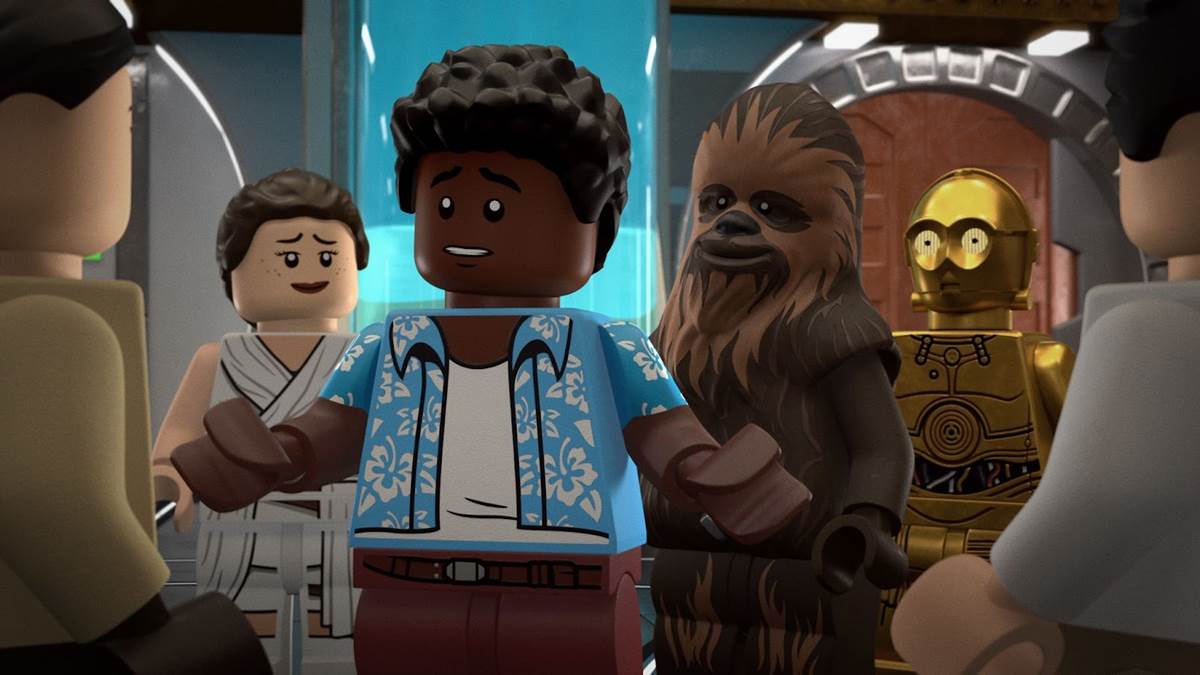 In November of 2020, Disney+ subscribers were treated to the tongue-in-cheek hijinks of The LEGO Star Wars Holiday Special, a 45-minute-long animated release that non-canonically followed the Star Wars sequel trilogy characters in the period after Star Wars: The Rise of Skywalker. Then early last October, we got a follow-up special entitled LEGO Star Wars: Terrifying Tales, which delivered three spooky stories set in A Galaxy Far, Far Away and dropped just in time for Halloween season.

Now the creative team behind those well-received events have rounded out the trilogy with LEGO Star Wars: Summer Vacation, a third holiday-based animated special focused on a specific time of year. This time around, Finn (voiced by Omar Miller from Rise of the Teenage Mutant Ninja Turtles) has booked a voyage for all his friends aboard the Halcyon starcruiser– yes, the ship from Walt Disney World’s Star Wars: Galactic Starcruiser immersive experience– before they all follow their own individual paths in life. Like Terrifying Tales before it, Lego Star Wars: Summer Vacation is broken up into three distinct segments as Finn is visited by a trio of helpful ghosts, A Christmas Carol-style. Feeling down after his buddies go off to explore the Halcyon and its many activities on their own, Finn meets the Force spirit of Obi-Wan Kenobi (James Arnold Taylor from Star Wars: The Clone Wars), who tells him a story about his exile on Tatooine. During the flashback, Obi-Wan encounters a Rebel Alliance spy named Colvett Valeria (Yvette Nicole Brown from Community) in Mos Eisley’s cantina and helps her sneak into Jabba the Hutt’s birthday party to steal some coaxium. In the second story, the ghost of Anakin Skywalker (Clone Wars star Matt Lanter, also reprising his role) relates a memory of Darth Vader (Chad Vader’s Matt Sloan) visiting the tropical planet of Scarif with Emperor Palpatine (Trevor Devall of the Guardians of the Galaxy animated series), where they enter into a beach games contest hosted by none other than “Weird Al” Yankovic– here playing a character named Vic Vankoh. The third and final story sees General Leia Organa (Shelby Young from American Horror Story) telling Finn about the time she, her husband Han Solo (Ross Marquand of The Walking Dead fame) and their son Ben (Lucasfilm sound editor Matthew Wood) traveled back to the forest moon of Endor to take part in a sort of intergalactic summer camp run by a shady counselor named Wick Cooper (Reno 911!’s Thomas Lennon). Through each successive tale, the Force ghosts have lessons in mind for Finn to learn about how to make the most of his time aboard the Halcyon with his pals. And Finn manages to learn those lessons, but Summer Vacation is mostly about having a goofy good time in the Star Wars galaxy without worrying about taking things like continuity and character consistency too seriously. Other Star Wars regulars that pop up include Anthony Daniels as C-3PO, Billy Dee Williams as Lando Calrissian, Dee Bradley Baker as Boba Fett, and Kelly Marie Tran as Rose Tico, and there’s also a funny turn by comedian Paul F. Tompkins (BoJack Horseman) as an irritating camp bully who strongarms Ben Solo into letting him fly the Millennium Falcon. 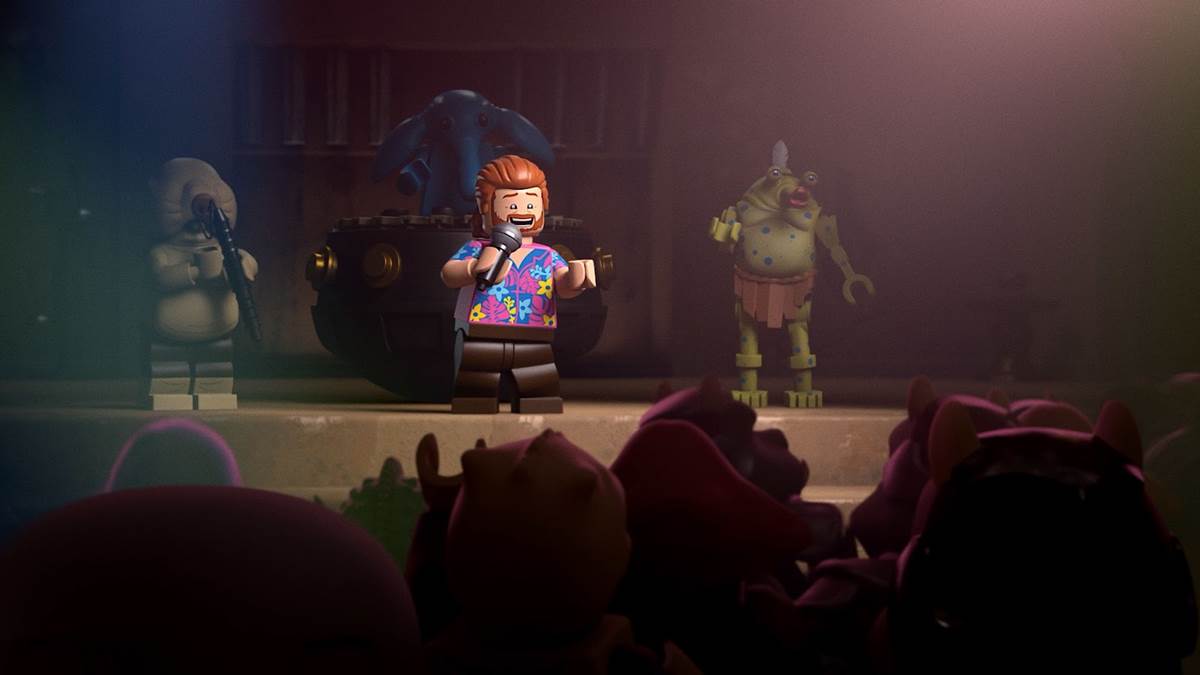 There are a lot of fun, clever moments to be had in LEGO Star Wars: Summer Vacation, and– like the other animated specials in this series– it’s one of those things that I think parents probably won’t mind watching alongside their kids. There are in-jokes for longtime Star Wars fans and broader gags that just about everyone will get sprinkled throughout, and the cast is stacked full of so many voiceover ringers that you really can’t go wrong with the talent involved. The big question is whether or not this special is going to make children want to take their own (admittedly somewhat pricey) trip aboard the Halcyon. It certainly does seem like a fun time when Poe Dameron (Jake Green from Animaniacs) rattles off a list of things to do on the ship– and I definitely enjoyed my visit to Galactic Starcruiser, for what it’s worth– but is this synergistic special going to have Star Wars-loving kids begging for a vacation many families simply can’t afford? I don’t think that quandary is worrisome enough to prevent anyone from watching it (at no point does a character ever pitch a trip to Walt Disney World), but it’s something to keep in mind. On the flip side, however, this and other ancillary materials like Marvel’s Halcyon Legacy comic book might actually enhance a family’s once-in-a-lifetime visit to Star Wars: Galactic Starcruiser if enjoyed before or after the journey. In recognizing locations aboard the ship they saw in real life, fledgling fans might begin to appreciate the interconnected nature of the Star Wars universe. Not only that, but the lessons Finn learns in Summer Vacation might help children recognize the value of time spent away with family and friends. 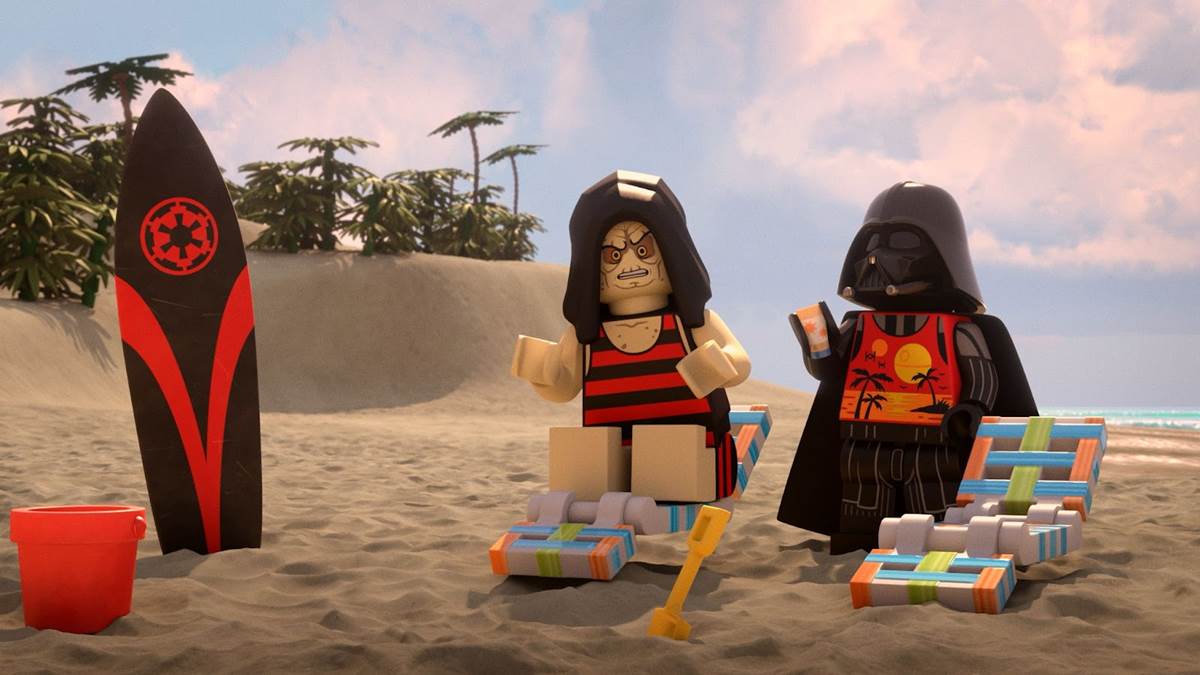