While in San Diego last week for Comic-Con, I decided to pay a visit to the nearby SeaWorld San Diego to see what’s new, and there’s quite a bit happening at the original SeaWorld park. 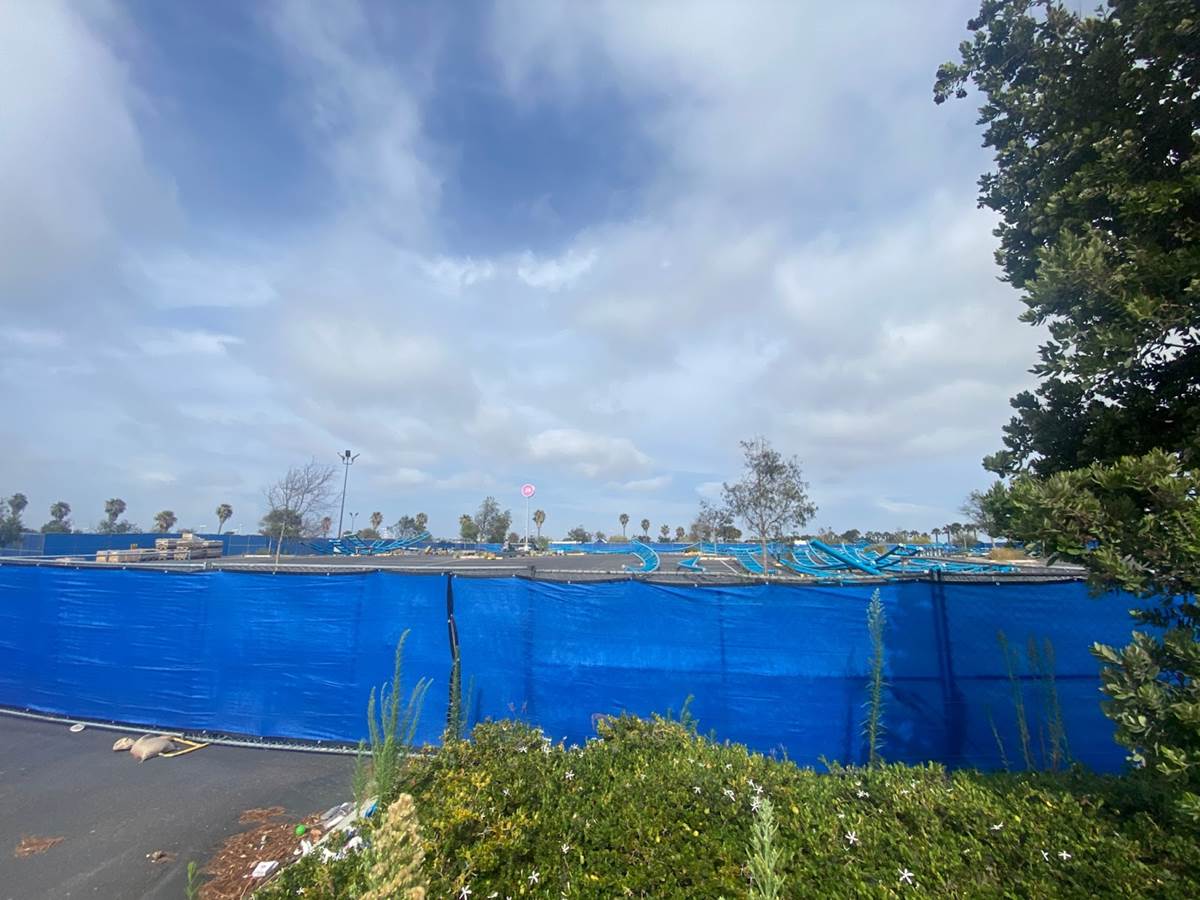 We start outside the park in the parking lot, where we see roller coaster track staged for a brand-new (as of yet, unannounced) family launched coaster rumored to be replacing the former Wild Arctic simulator attraction. The coaster is rumored to have some sort of wintery theme, going along with the Wild Arctic exhibit. It will likely be similar to Wave Breaker: The Rescue Coaster at SeaWorld San Antonio, and is indeed coming from the same manufacturer, Intamin. 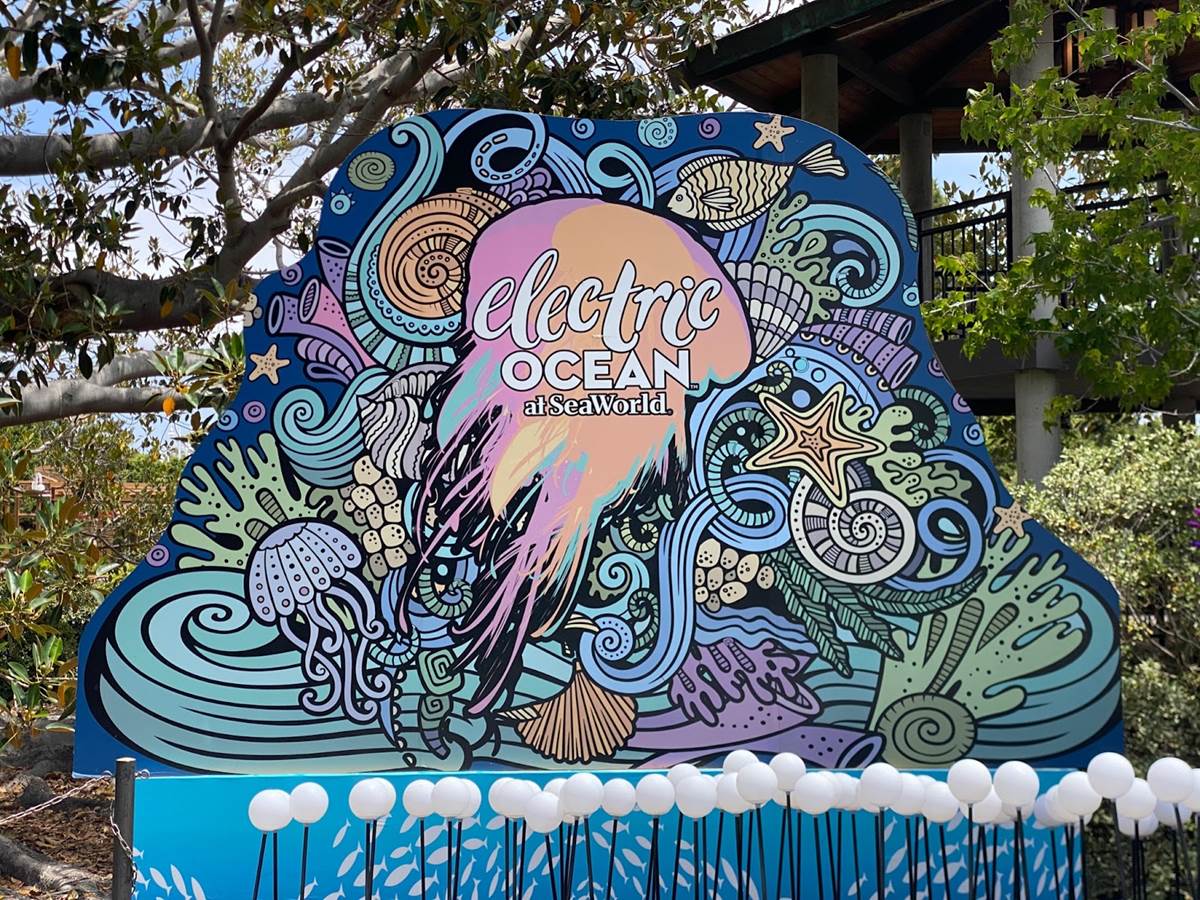 While most of the park was pretty busy, the park’s newest coaster, Emperor, only had a 10 minute wait, likely due to the attraction’s high throughput. Both Journey to Atlantis and Electric Eel are now offering Single Rider lines. I went through both lines and I was the only one in it, so this is a great way to save time. 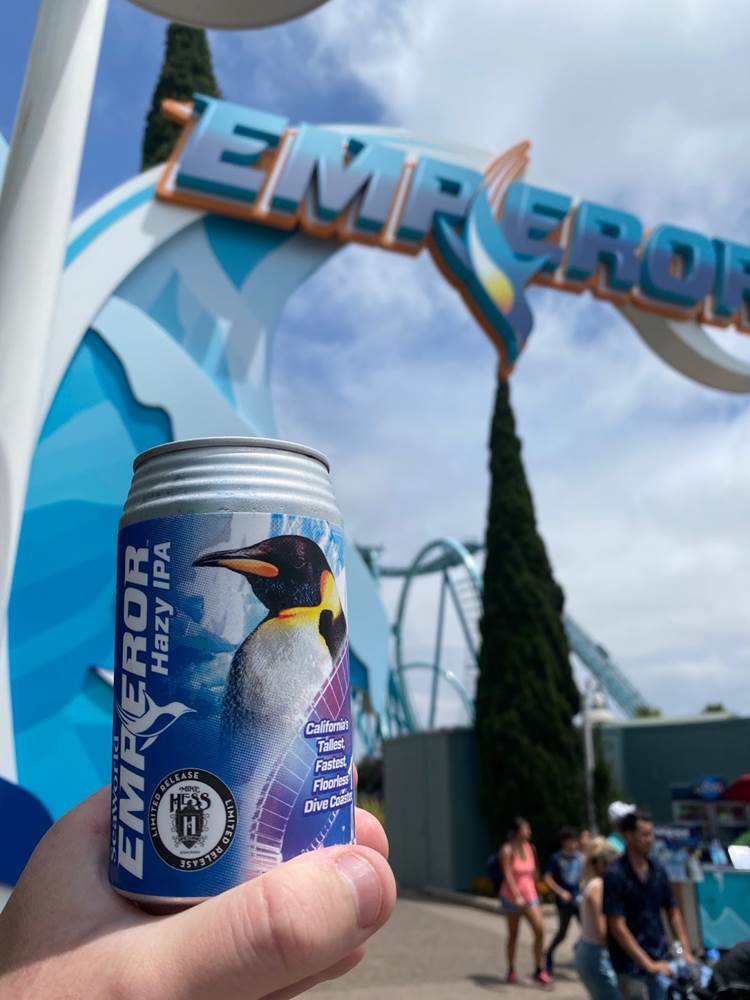 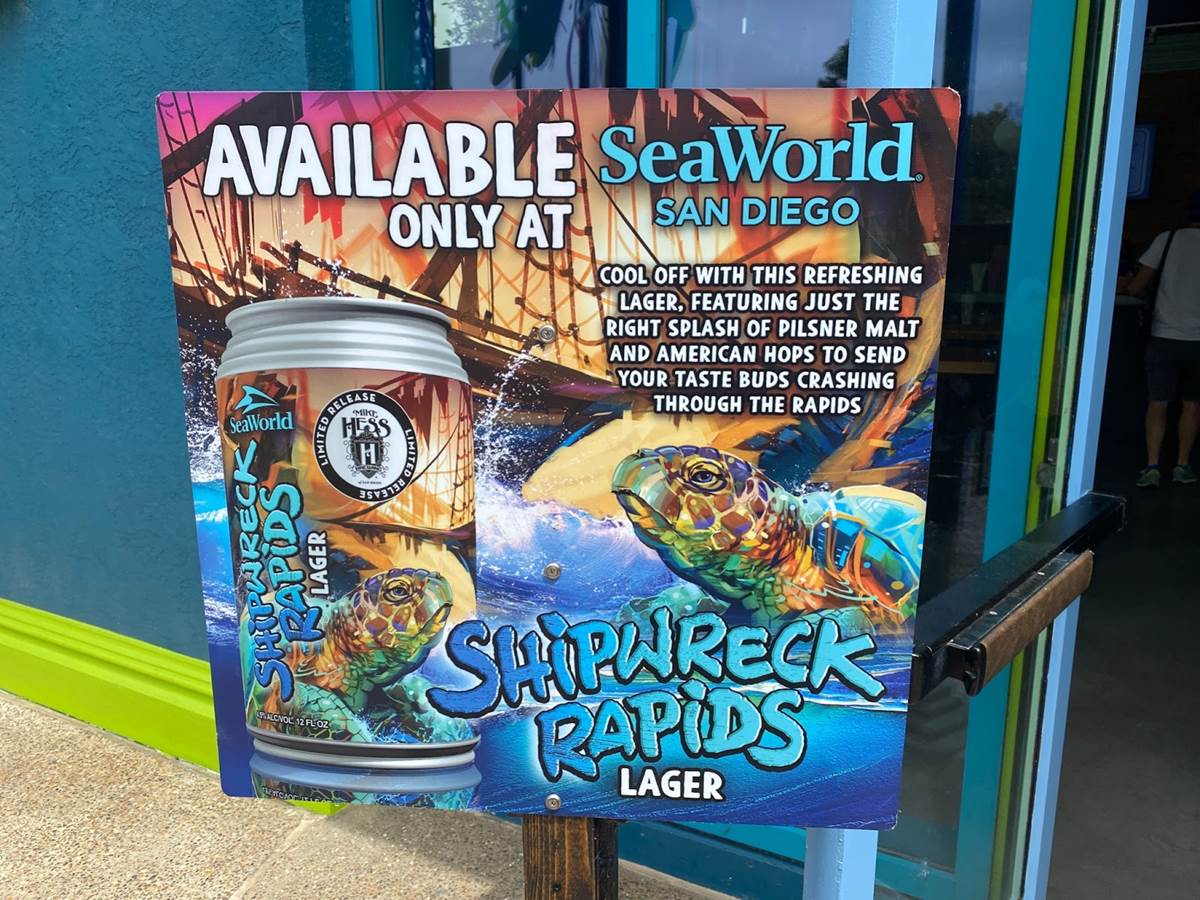 Secondly, is the Shipwreck Rapids Lager, themed after the park’s river rapids ride. Both can be found inside the new High Tide Brews bar, located next to the Explorer’s Cafe. 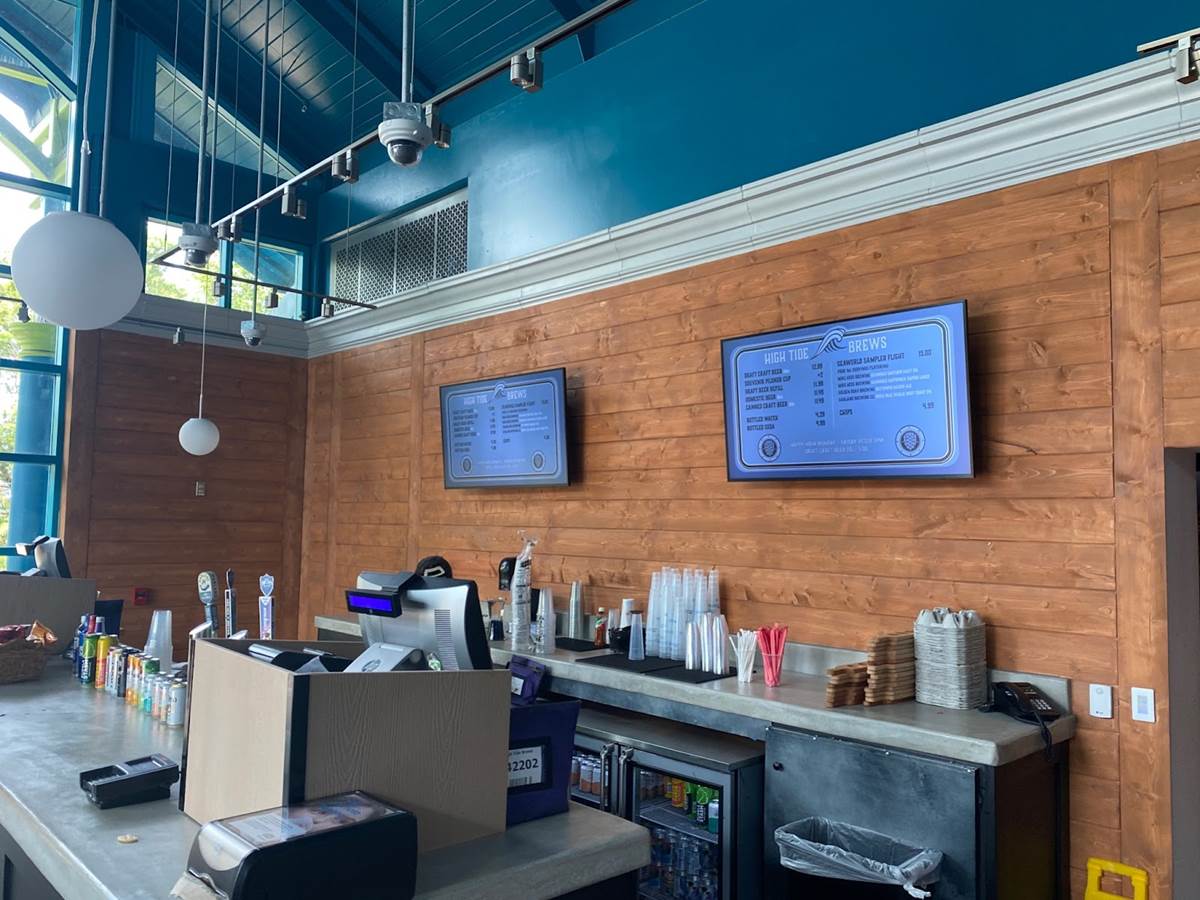 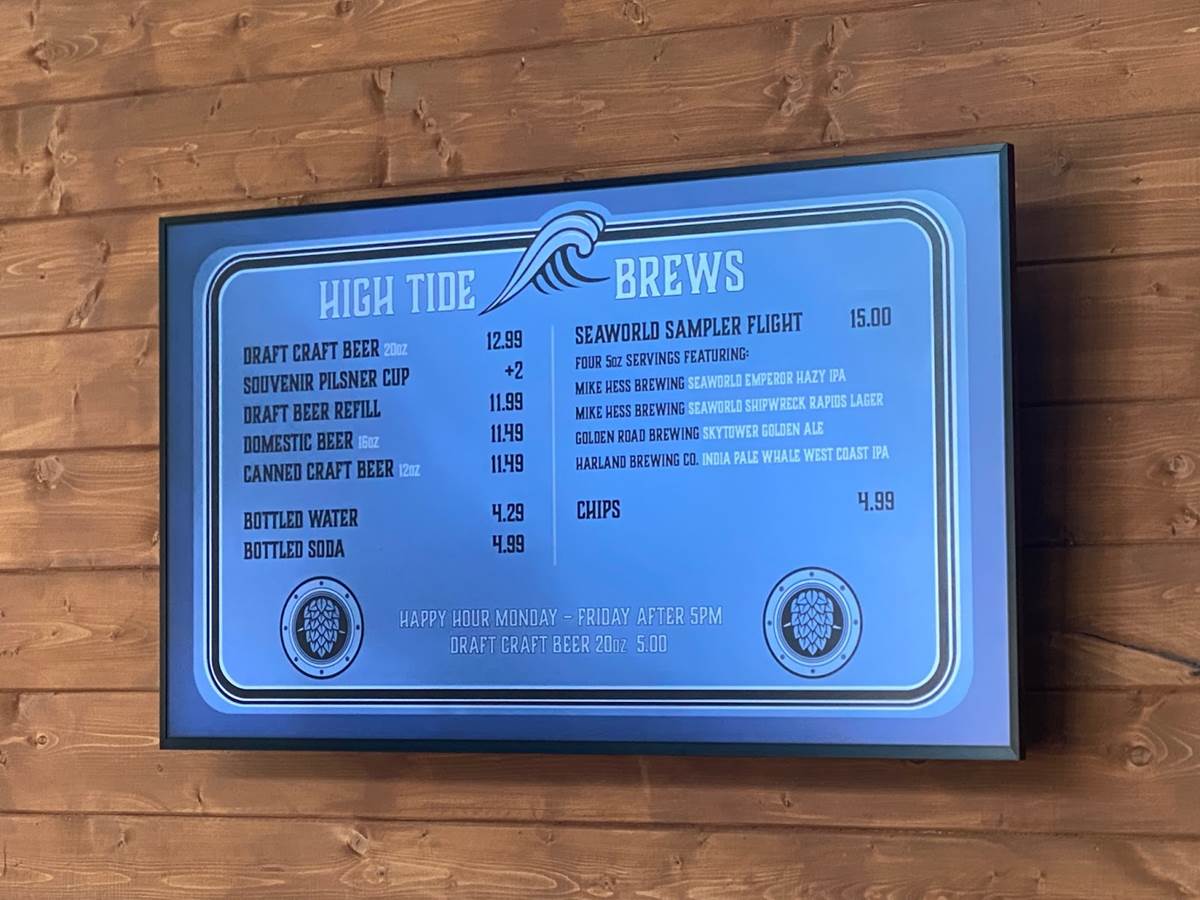 A look at the menu for High Tide Brews. 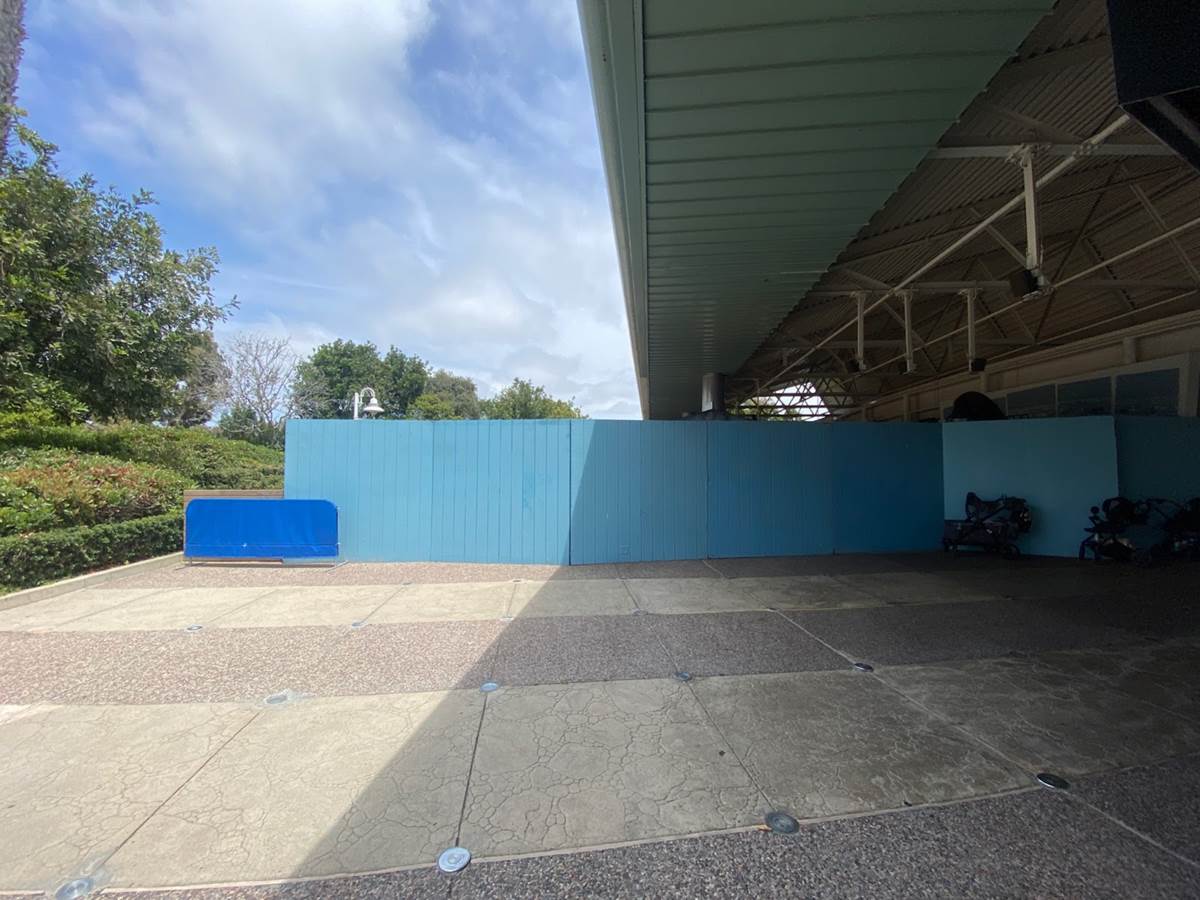 Construction walls are up in front of Wild Arctic, however there are no visible changes just yet. 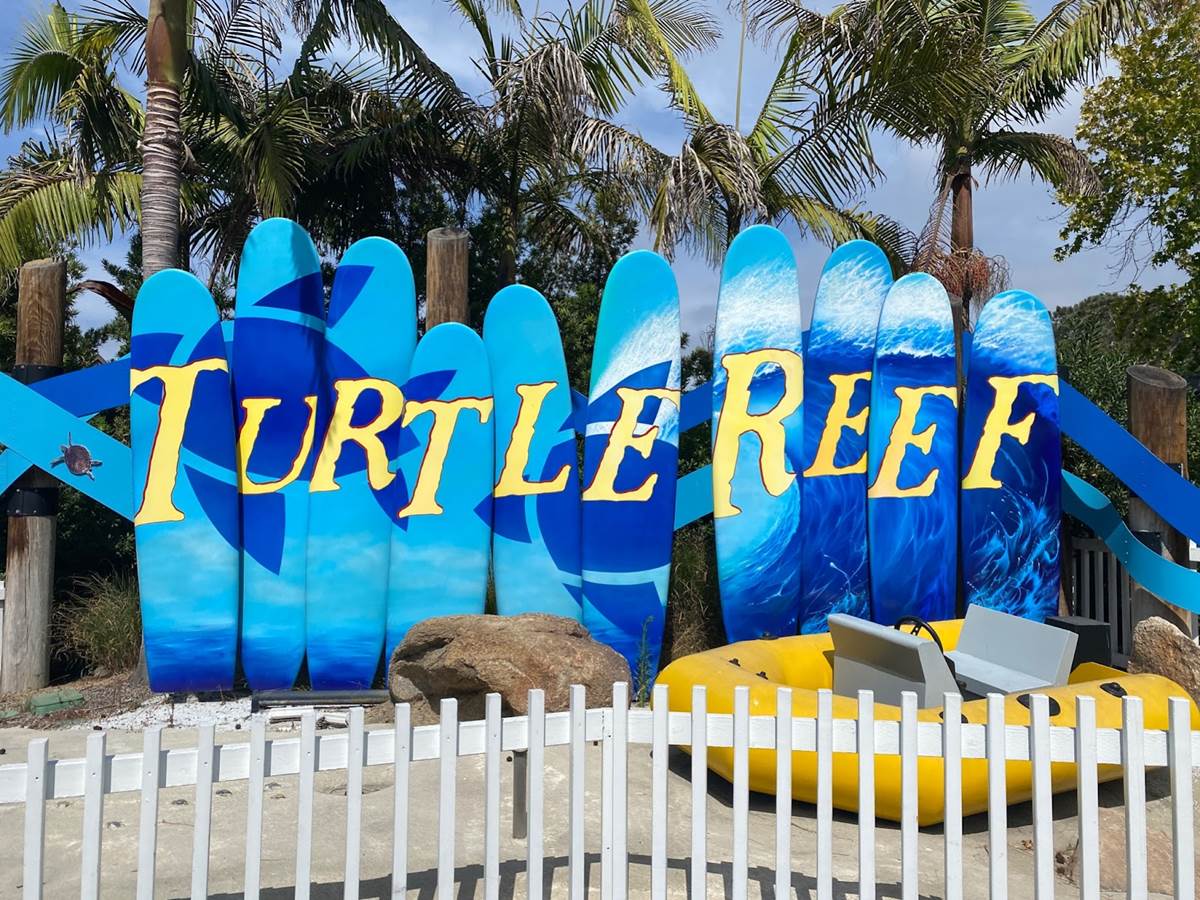 Following a lengthy refurbishment, the Turtle Reef exhibit reopened back in April. 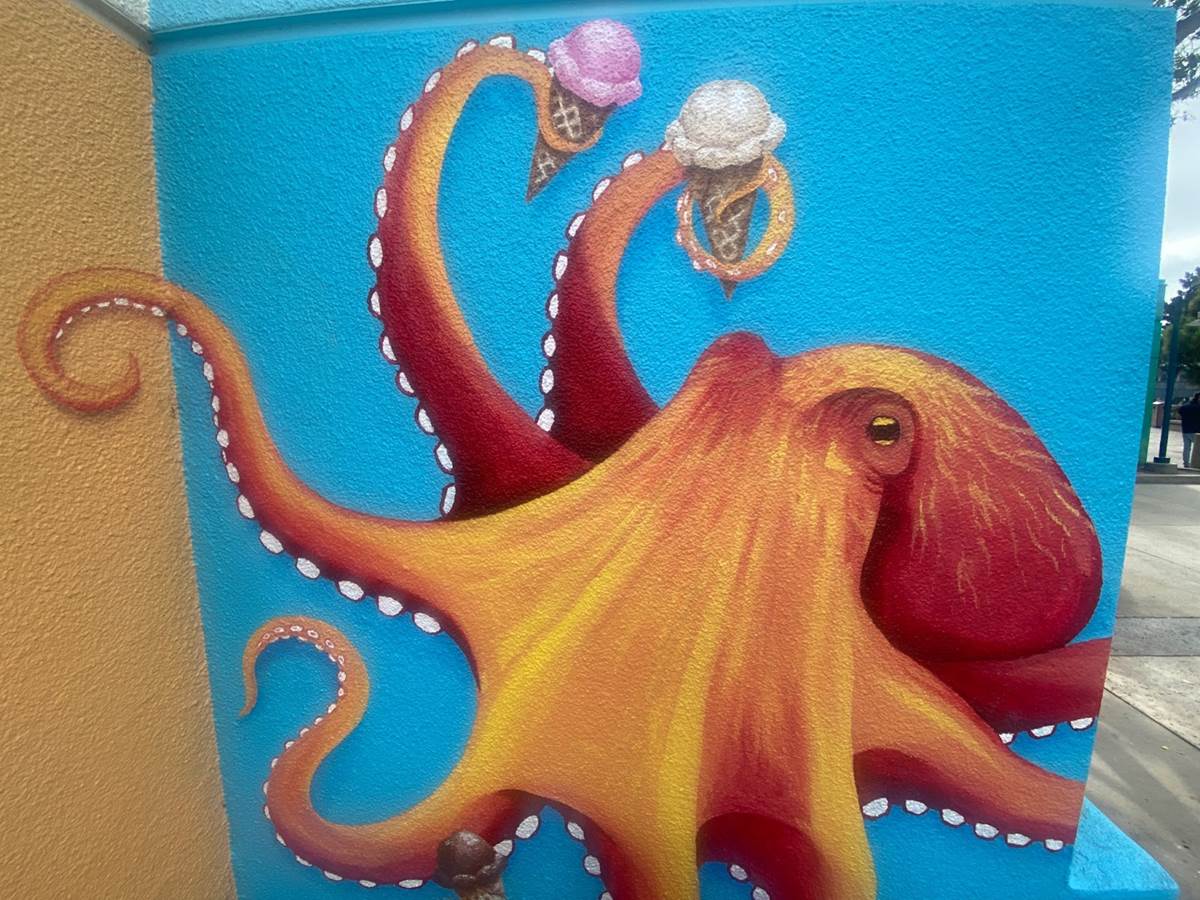 The new Dreyer’s Ice Cream Parlor at the front of the park features this fun painting of an octopus eating ice cream. I spotted this fun SeaWorld purse at the SeaWorld Store.

That’ll do it for this trip to SeaWorld San Diego. Thanks for following along!