Welcome back to another “Ranked” article here on Laughing Place. For this edition, we’re going to a park I haven’t visited in 13 years, that I finally got to check out again last week: SeaWorld San Antonio. This is the newest of the three SeaWorld parks, and also the largest. That’s not necessarily a good thing however, as there is a lot of empty space in the park, which is set around a large lake. The park has made strides in recent years to pad out their ride line-up, but it still has some way to go. Despite that, the ride line-up they do have is very strong.

One notable ride I didn’t get to experience was the park’s rapids ride, Rio Loco, as well as everything located within the Sesame Street Bay of Play. Now without any further ado, let’s countdown the Top 8 attractions at SeaWorld San Antonio! 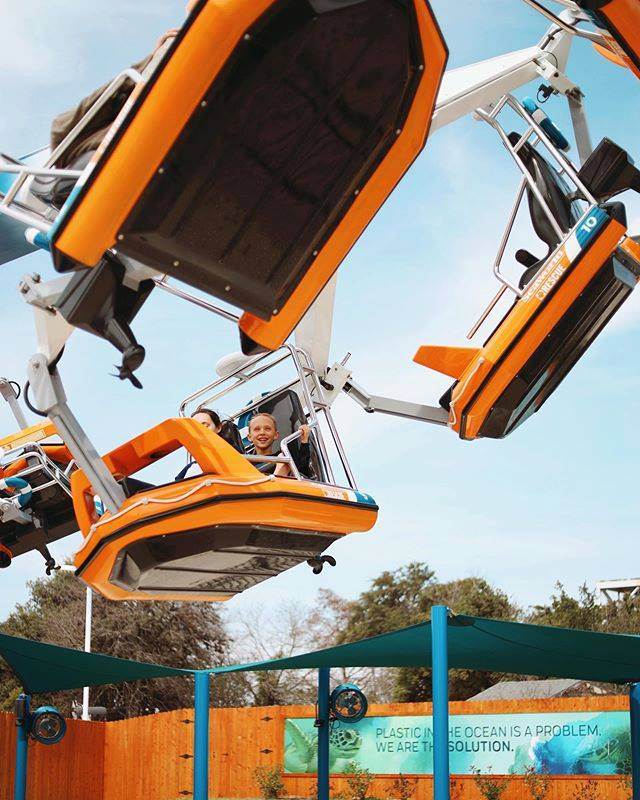 So I didn’t actually get a chance to Riptide Rescue, but I have ridden the same ride at SeaWorld San Diego. I was quite surprised by how fun this little, unassuming ride actually was. It’s nowhere near as dizzying as it may look, and the ride actually provides a couple decent pops of airtime. The location for Riptide Rescue can’t be beat, with the center lake on one side and the towering Texas Stingray wooden coaster on the other. Located right next to Riptide Rescue is the more intense, but equally sized Sea Swinger. This ride is pretty deceiving, due to its small size, but provides some really thrilling moments. The swinging arm gets very close to sending you upside-down. I was a little nervous going into this, but I enjoyed just how thrilling it was. The same great setting from Riptide Rescue also applies to Sea Swinger. The third version of Journey to Atlantis to be built is also the most basic. You simply go up the lift-hill, spin around for a small backwards drop, and finally spin around to face forward again for the big drop. The ride still provides a thrilling and soaking drop, but with far less theming than its San Diego and Orlando counterparts. Tidal Surge is the newest attraction at SeaWorld San Antonio, and boy is it a rush. The type of ride is called a Screamin’ Swing, manufactured by S&S. The arms build up speed each time they swing, eventually getting up to a top speed of 68 mph, with a dynamic swing height of 135 feet. Mind you, those swings are taken looking straight down, either at the ground or the park’s lake, depending on which side you’re riding. Those max swings create some of the most insane airtime I’ve ever experienced, where I was literally levitating in my seat for a good 4-5 seconds. Mix that with a perfect location alongside the water’s edge, and you have an exhilarating new attraction for the park. 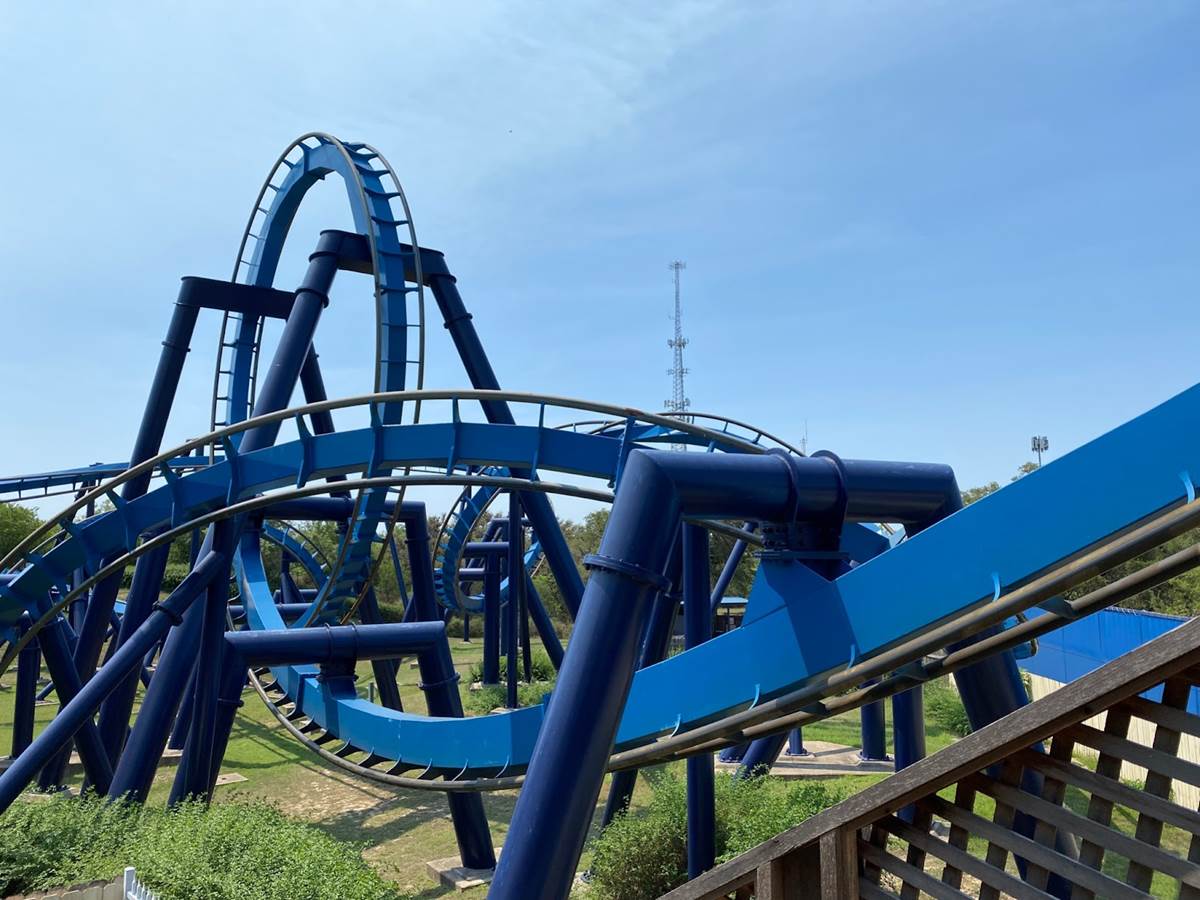 The Great White is a clone of the Batman: The Ride coaster that you can find at many Six Flags parks. This coaster often gets maligned for being cloned so much, as there are 8 in the Six Flags chain alone. But just because it’s a clone, doesn’t mean it is not an incredible ride. While small in stature, this ride made up for it with incredibly forceful and whippy maneuvers that you just don’t find on many larger inverted coasters. Additionally, the way this coaster travels over the walkways is very fun to watch. Bolliger & Mabillard hit it out of the park with their inverted coaster right at the beginning, and it’s still a very popular coaster type to this day. Wave Breaker: The Rescue Coaster is a really unique, more family-oriented ride. Themed around SeaWorld’s animal rescue efforts, this launch coaster starts with a somewhat themed pre-launch section, before blasting riders into the layout which sprawls over and near the lake in the middle of the park. The setting elevates what would be a rather mundane launch coaster into a far more unique one. Additionally, you’re sitting in seats designed to look and feel like a jet ski, which adds another fun element to the ride. I would compare the ride experience of Wave Breaker to Hagrid’s Magical Creatures Motorbike Adventure at Islands of Adventure, albeit not as intense and definitely not as well themed. The newest roller coaster to debut at SeaWorld San Antonio is the modern wooden coaster, Texas Stingray. This is a really fun ride, and I had a somewhat tough time deciding between this and my #1 choice. In fact, I enjoyed Texas Stingray so much that it’s probably now my second favorite wooden coaster, behind Ghost Rider at Knott’s Berry Farm. The airtime on this ride is exquisite, as is the excellent first drop, which somewhat uniquely for a coaster by this manufacturer (Great Coasters International), is a straight one. This long ride also includes a drop into a tunnel, which is always a plus in my book. However, there’s just one coaster in the park that I liked a little more… 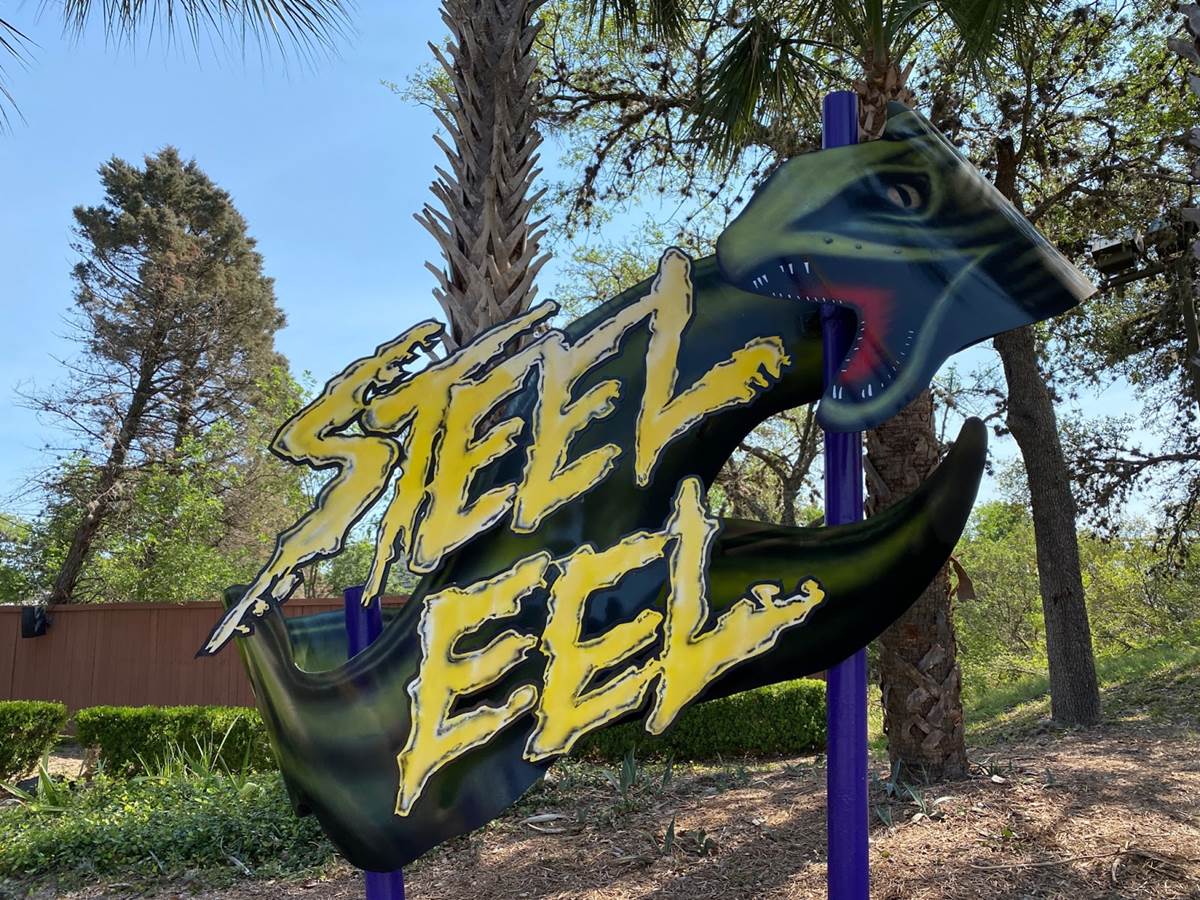 Steel Eel looks like a hyper coaster (200 ft+), but it’s actually a mini-hyper, standing at a height of 150 ft. But don’t let that somewhat smaller size fool you, this ride is incredible. First off, I adore the color scheme: bright yellow track with purple supports. The way that this coaster towers over the back of the park’s skyline is stunning. Aside from the aesthetics, the coaster experience is great, with every hill providing really fun and strong moments of airtime. Add to that a great feeling of speed and beautiful views of the San Antonio area, and you have yourself a winner! I hope you all enjoyed this ranking of my Top 8 attractions at SeaWorld San Antonio. If you want to see some more theme park rankings, feel free to check out some of my other “Ranked” articles listed below: