Welcome back to another “Ranked” article here on Laughing Place. Today I’m going to be ranking the six main attractions at SeaWorld Orlando. I say main attractions because there are a few things left off this list, namely anything in Sesame Street Land, as well as the Flamingo Paddle Boats and Sky Tower. Wild Arctic recently closed down permanently, and we’re still awaiting the February 2022 opening of Ice Breaker. So aside from those, here’s everything else at SeaWorld Orlando, ranked!

6. Antarctica: Empire of the Penguin 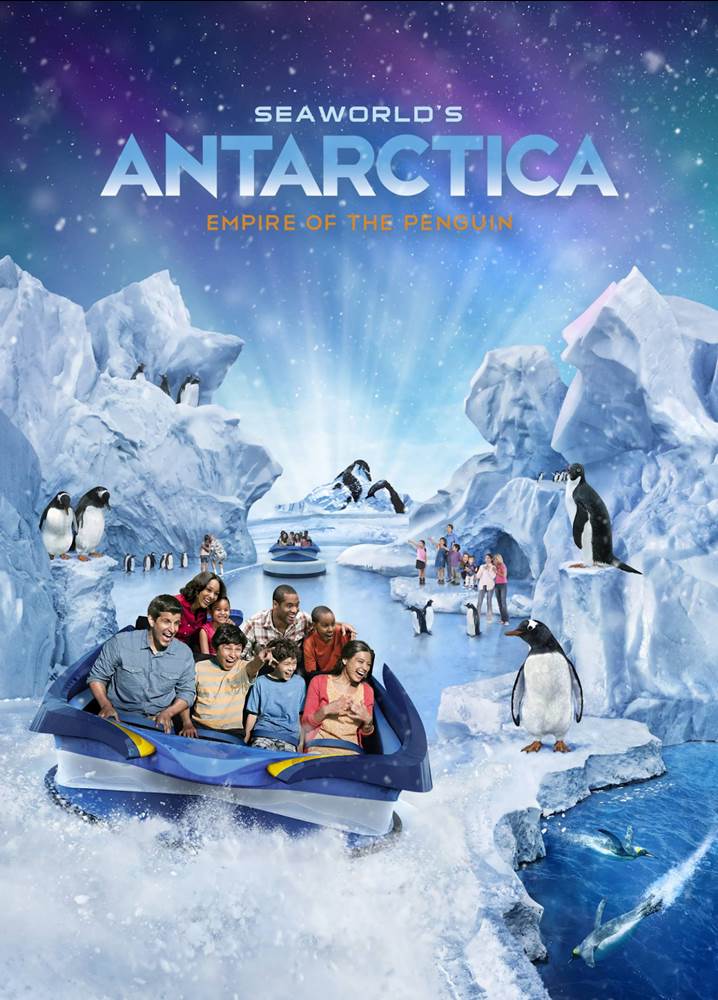 So I guess I could technically be cheating by including Empire of the Penguin on this list, as the ride portion of the experience hasn’t actually operated since before the pandemic. SeaWorld hasn’t said one way or another whether the ride is coming back or not, so for the purposes of this article, I’m going to assume it is.

Empire of the Penguin really is an odd attraction. The arctic theme surrounding the attraction is some of the best theming SeaWorld has to offer, and it really transports you to another world. The set-up for the attraction itself is impressive, however there are two rather lengthy pre-shows that slow things down. Now big props have to go to SeaWorld for building a trackless dark ride, one that has a “wild” or “mild” option. Unfortunately, they don’t really do much with it. The whole thing is just a bit unimpressive. While there are some beautiful scenes, the ride is brutally short. The final reveal of the real penguins is impressive, but I’m always left thinking, “was that it?” We can’t forget that Walt Disney World now has three far more impressive trackless dark rides, so inevitable comparisons will come from that too. I do hope this ride reopens, hopefully with some upgrades that will really impress. The newest attraction at SeaWorld Orlando (at least until Ice Breaker opens) is Infinity Falls, perhaps the best river rafting ride in the Orlando area. The theming is pretty minimal, however there is a lot of beautiful landscaping in addition to flamingos on display at the start of the ride. Things start off with a fun rapids section featuring some slight, but sudden drops. You then go up a regular lift hill, through more rapids, and then up a vertical lift and down one of the biggest drops on any river rafting ride in the world. Be forewarned though, you will get very wet! Sadly, Journey to Atlantis is a sad shell of its former self. While the impressive facade, queue and sets still stand, a previous storyline to the attraction was ripped clean before I ever had the chance to ride. What still remains is a fun and pretty ride that unfortunately lacks any real substance. I must say though, I really do enjoy the music that plays during the second half of the ride. A jazzy tune that definitely gets stuck in your head. SeaWorld Orlando currently features three large scale, high thrill coasters, all designed and built by Bolliger and Mabillard. Perhaps the most unique one is Manta, a flying coaster that sends you twisting and careening over fountains, next to a waterfall and through the sky. The most intense part of the ride is undoubtedly the pretzel loop, named so because it looks like a giant pretzel. This inversion thrusts you onto your back and is one of the most intense feelings on any coaster. If the intention truly is to make you feel like you’re flying, then this ride really does the job! Kraken is SeaWorld’s first major coaster, and even though it's over 20 years old, it still holds up alongside its brothers remarkably well. Featuring 7 different inversions on a floorless coaster car, Kraken is intense and smooth. Some of my favorite moments on the ride come when the ride dives down into trenches, adding an extra level of thrill to the proceedings.

Mako is not only my favorite coaster and ride at SeaWorld Orlando, but it's also one of my favorite coasters, period. This hypercoaster (or coaster over 200 feet tall) is just pure fun. The anticipation is really built by an excellent queue soundtrack that gets more epic as you get to the station and even while going up the lift hill. Once the car disengages from the lift, that’s where the real fun begins, as you plummet down a 200ft drop, and into a series of airtime hills that really do provide that floating air sensation. Unless you’re terrified of the ride, you’re bound to come off with a big smile on your face.

I hope you all enjoyed this ranking of the major attractions at SeaWorld Orlando. Please come back soon for another ranking article!