Welcome back to another “Ranked” article here on Laughing Place. For this edition, we’re going to be stepping away from theme parks, and diving into water parks (pun intended). Sadly, I haven’t been to nearly as many water parks as I have theme parks, so we’re going to make this a Top 5 list. So without any further ado, let’s get right to the list! 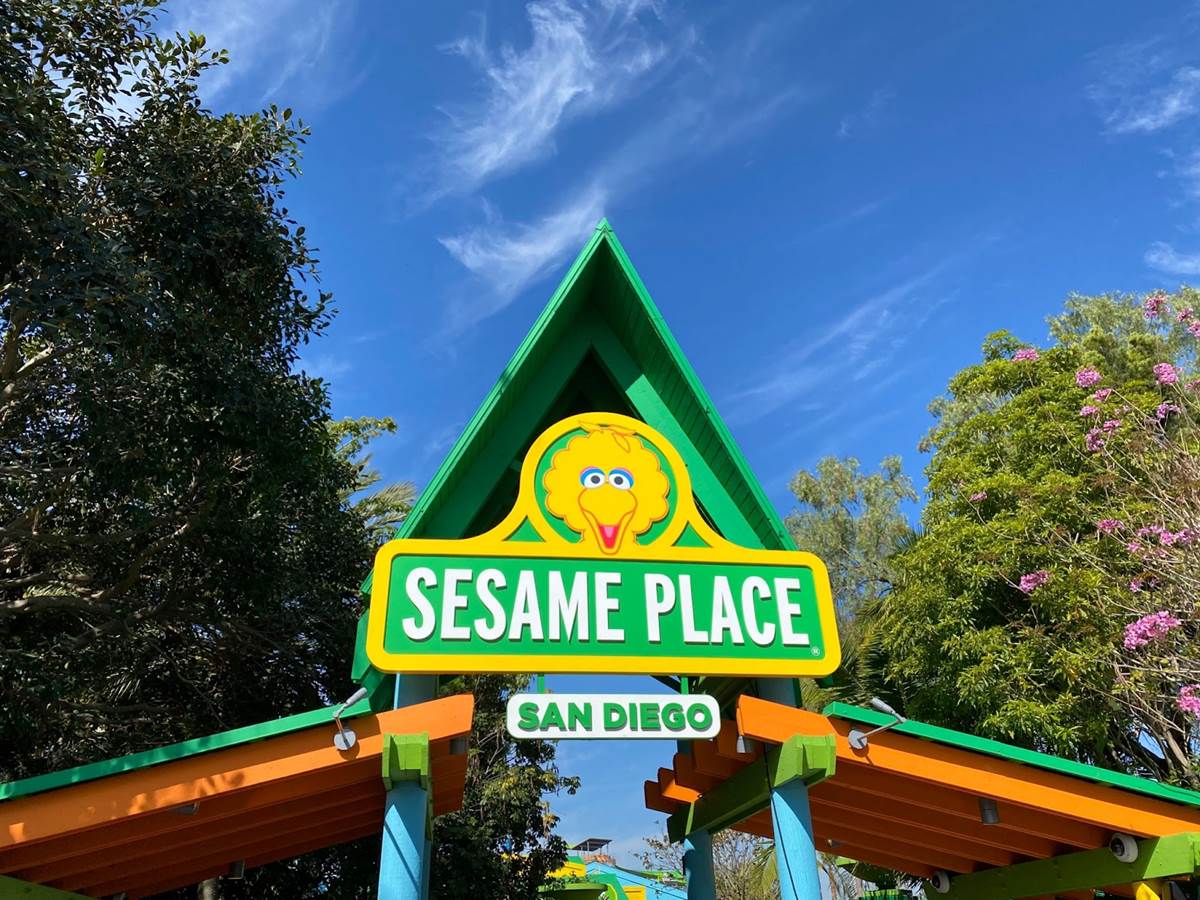 We’re going to start this list off with the most recent water park I’ve visited, one that surprised me quite a bit. Sesame Place San Diego is a reskin of the former Aquatica water park, and it’s now a mix of theme park and water park. Even though the target demographic is obviously for very young kids, there are a surprising amount of larger and more thrilling slides left over from the Aquatica days. My personal favorite was Cookie’s Monster Mixer, a tornado slide that provided some excellent speed and airtime. Additionally, the wave pool at this park was one of the best I’ve experienced outside of Disney and Universal.

Check out my full photo and video report from the grand opening of Sesame Place San Diego. Blizzard Beach is a park I really want to have higher up on this list. If we were talking exclusively about theming, this would absolutely top the list, as the theming here is incredible. The snowy beach vibe is very unique, and I love being able to hear summer songs alongside Christmas songs. Teamboat Springs is my favorite slide at the park, serving as one of the best family raft slides anywhere. What drags Blizzard Beach down a little for me is the lack of new additions. In fact, the park has received no major new slides since it opened in 1995. If Disney decides to invest and add even one new thing, that could easily move Blizzard Beach up a slot in my rankings. 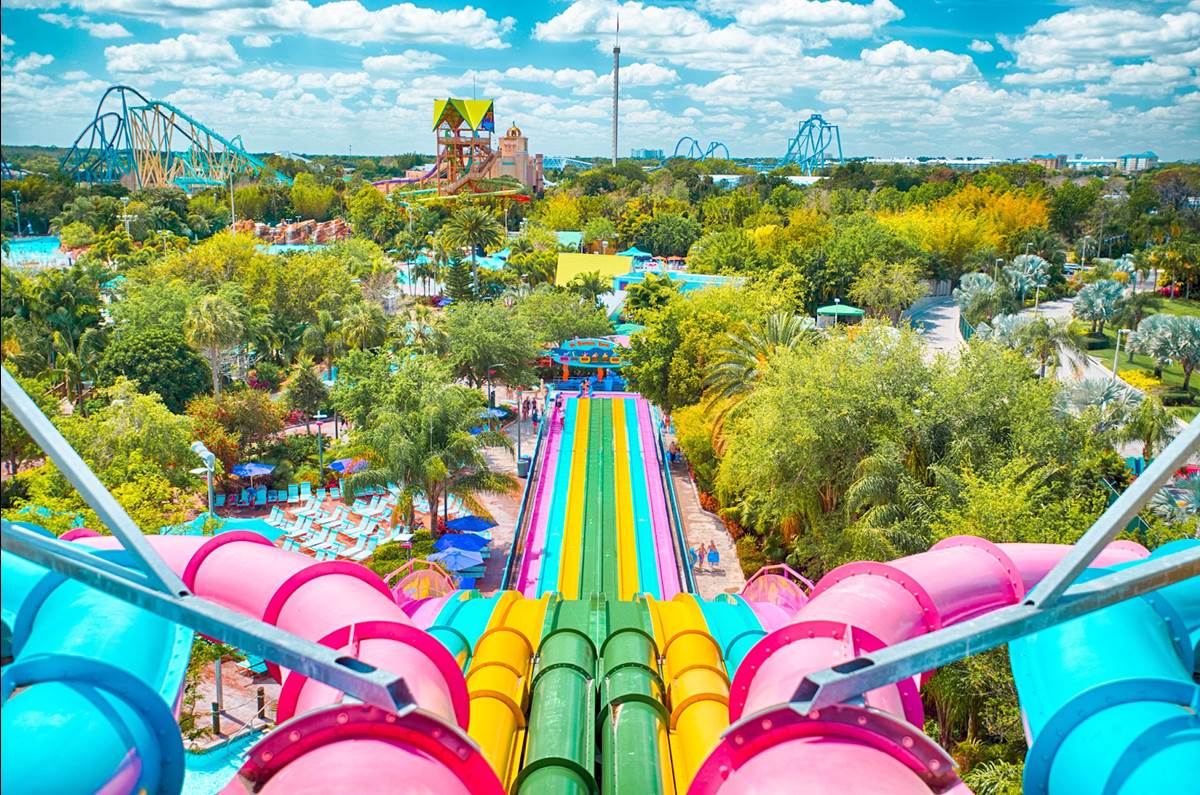 Another newer water park for me is the original Aquatica in Orlando. I have only been here once, and haven’t been able to experience a good portion of the slides, but from what I saw, I was quite impressed. While not as well themed as some other parks on this list, the landscaping is immaculate. Aquatica might also have the best slide line up, with a wide variety of family style raft slides. I enjoyed their fast-paced lazy river, Roa’s Rapids as well as the uniqueness of floating through an aquarium in their regular lazy river, Loggerhead Lane. I definitely need to get back out to Aquatica to try out some of the other slides! 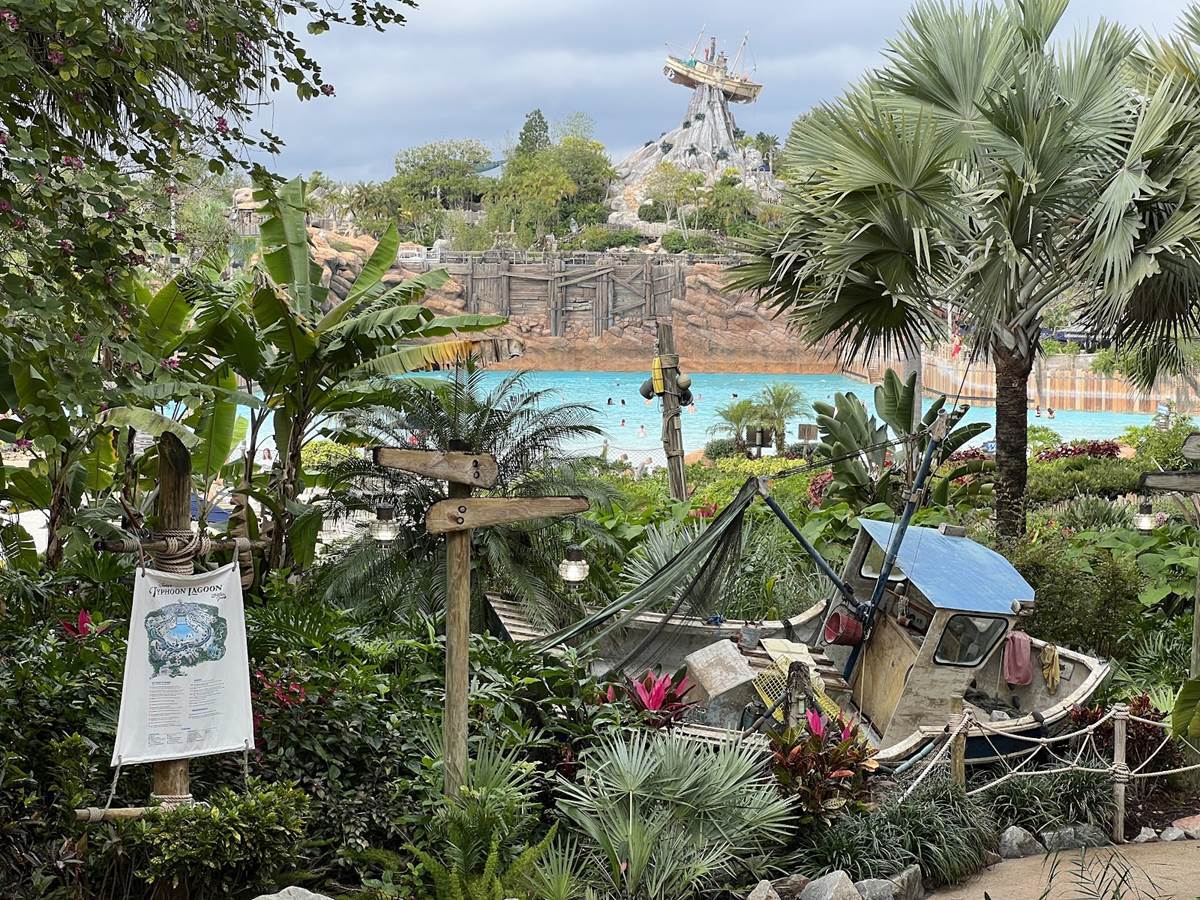 Typhoon Lagoon is Disney’s best waterpark. While the theming isn’t quite as fun and inventive as Blizzard Beach, it is equally as immersive. You really feel like you’ve been transported into a tropical paradise. The elements from the park’s opening year are still impressive to this day, with some quaint older slides that are really quite immersive. The wave pool at Typhoon Lagoon is one of the best man-made wave pools in the entire world, generating waves of up to 6 feet! Unlike Blizzard Beach, two new slides have been added to the park since it opened, the thrilling Crush ‘n Gusher and the extremely well-themed Miss Adventure Falls. 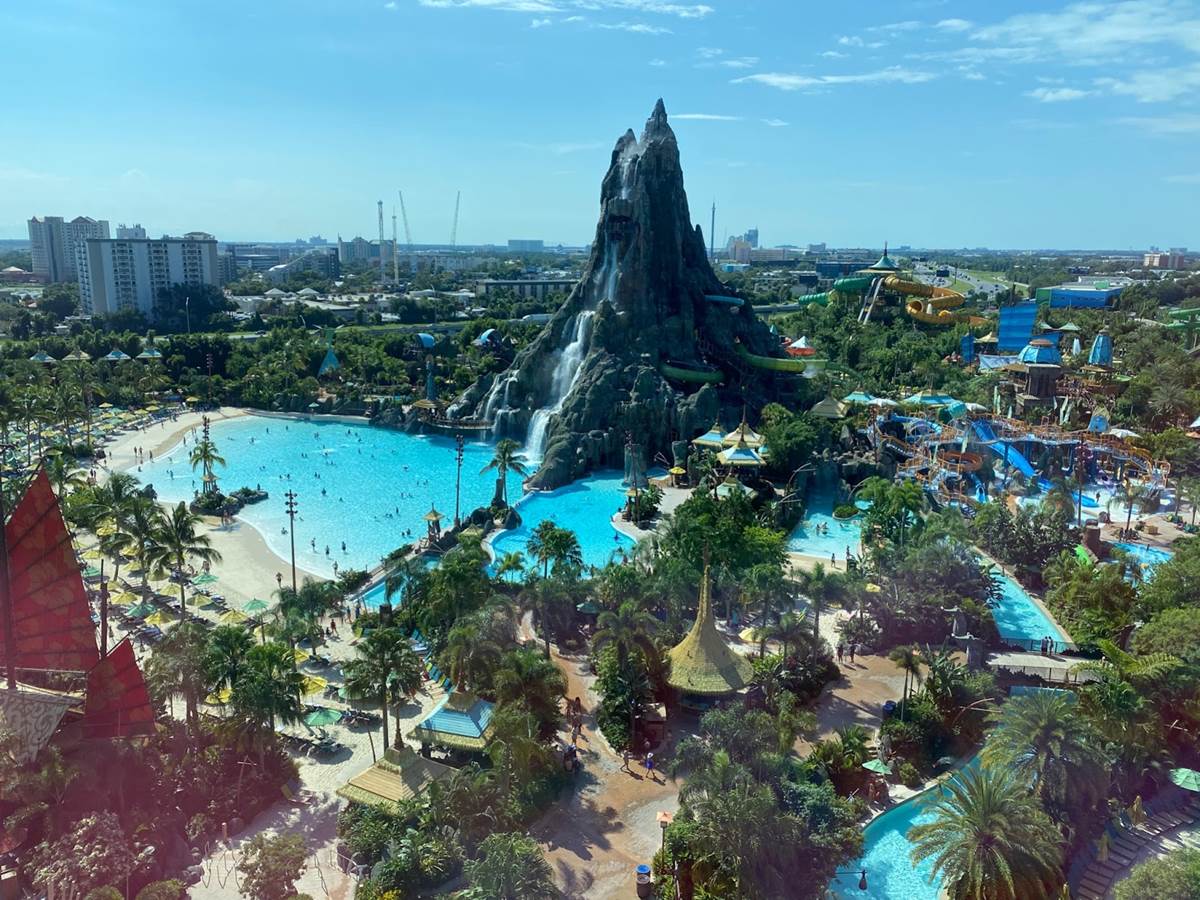 There is no doubt in my mind on this placement. Volcano Bay is incredible! While the theming may be slightly less immersive than at the Disney water parks, the general atmosphere and ride collection at Volcano Bay can’t be beat. From the moment I walk in the park, I feel immediately relaxed. From the music, to the incredible atmosphere and gigantic Volcano, it really can’t be beat! My two highlights are the incredible Krakatau Aqua Coaster and the fast paced TeAwa The Fearless River. Add a well rounded collection of supporting slides, and you have a world class water park that I never tire of visiting!

I hope you all enjoyed this ranking of my Top 5 water parks. If you want to see some more theme park rankings, feel free to check out some of my other “Ranked” articles listed below: