The most recent extinct ride on this list is Maelstrom, the rather odd and extremely 80s attraction that once called the Norway pavilion home. When designing Maelstrom, I imagine the Imagineers used a dart board with various “things that screamed Norway” and picked whatever stuck. That’s how we got a ride that visited vikings, trolls, polar bears and an oil rig. Because nothing says Norway like oil! While I do joke here, I actually did love Maelstrom, likely because it was so strange. Its replacement, Frozen Ever After, is 100% a better, more complete ride, but I do still miss the days when trolls still prowled the water’s edge… Speaking of feeling like something out of the 1980s, nothing fits that bill more than Cranium Command, the main show from the former Wonders of Life pavilion. This was an incredibly inventive show that put you inside the head of a small boy, as the various characterized parts of his body try to get him through a day at school. The show featured celebrity comedians who were big at the time, even lifting a skit and characters directly from Saturday Night Live! Cranium Command was a wonderful idea, and although it may have become a bit dated by the time it closed in 2007, I think a modern update with characters from Inside Out could work wonderfully! When EPCOT Center first opened and for the first 15 years or so of its life, it was full of large, extravagant, animatronic-filled attractions. Ones that could sit easily next to Pirates of the Caribbean and The Haunted Mansion as some of the greatest Disney attractions of all time. One of these was the World of Motion, an attraction that told the story of transportation, from the invention of the wheel and into the future. This particular ride was done with a tongue-in-cheek style, humorously telling its story. While perhaps the weakest of EPCOT’s grand attractions, it's still a greatly missed one. Fortunately, this is one of those rare instances in EPCOT where a replacement attraction was just as good, if not better than what it replaced, being in this case: Test Track. 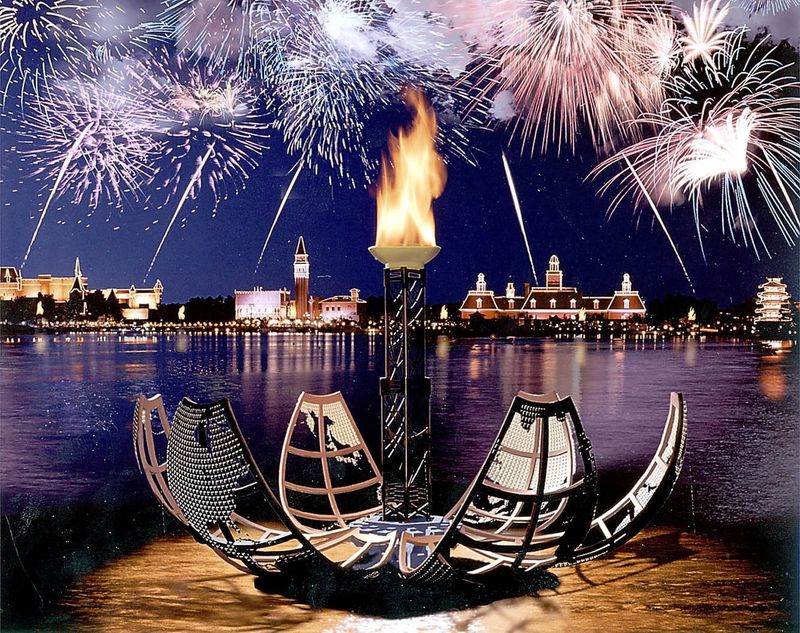 If you ask me, I think IllumiNations: Reflections of Earth was the best crafted and most beautiful nighttime spectacular Disney has ever put on. The way the gorgeous and awe-inspiring music of Gavin Greenaway, along with the visuals, told the story of the Earth with no words was absolutely amazing. It served as a perfect celebration of the new Millenium. I’m glad the show stuck around as long as it did, but when you hit such a creative high, it was clear that Harmonious really had big shoes to fill. Now this one is a personal childhood favorite of mine. When I was a young kid, Food Rocks was undoubtedly my favorite attraction in all of Walt Disney World. I would beg my parents to take me to see it over and over again. If you don’t know what Food Rocks is, then think of the Country Bears or the Tiki Room, but with singing fruits and vegetables performing cover versions of classic rock and pop songs all in the name of good nutrition. It was definitely a cheap show, with limited movement figures, but that added to its charm. Food Rocks was located inside The Land and closed in 2004, to be replaced the following year by Soarin’. While Soarin’ is definitely the better attraction, Food Rocks is still my favorite. Spaceship Earth is an attraction that is still around to this day, but it’s had many different versions over its almost 40 year lifespan. The best of these, in my opinion, was the version that debuted in 1994 and ran through 2007. With narration by Jeremy Irons and a beautiful musical score by Edo Guidotti this was the most thoughtful, poignant and beautiful version of the attraction. Everything through to the Cinema scene was pretty much the same as it is now, but the rest of the attraction focused on how communication has changed our lives into the future. With fiber-optic lights, a city of the future and an inspiring speech, this ride would always put a tear in my eye.

“Since the dawn of recorded time, communication has revolutionized our lives and changed our world. We now have the ability and the responsibility to build new bridges of acceptance and co-operation between us; to create a better world for ourselves and our children as we continue our amazing journey aboard Spaceship Earth.” Perhaps the most well-known extinct attraction at EPCOT, maybe save for my #1 choice, is the original version of Journey into Imagination. Yes, the version with Dreamfinder AND Figment. This was truly a classic, one that should never have been altered to the degree it was. The idea and execution of the original version of this ride was truly timeless, and really only ever needed an upgrade in technology. Seeing the imagination through the eyes of Figment, with beautiful sets and wonderful differing versions of “One Little Spark” was something I truly wish we could still do at EPCOT today. While it’s nice to still have something similar, the current version does not compare at all to the original. 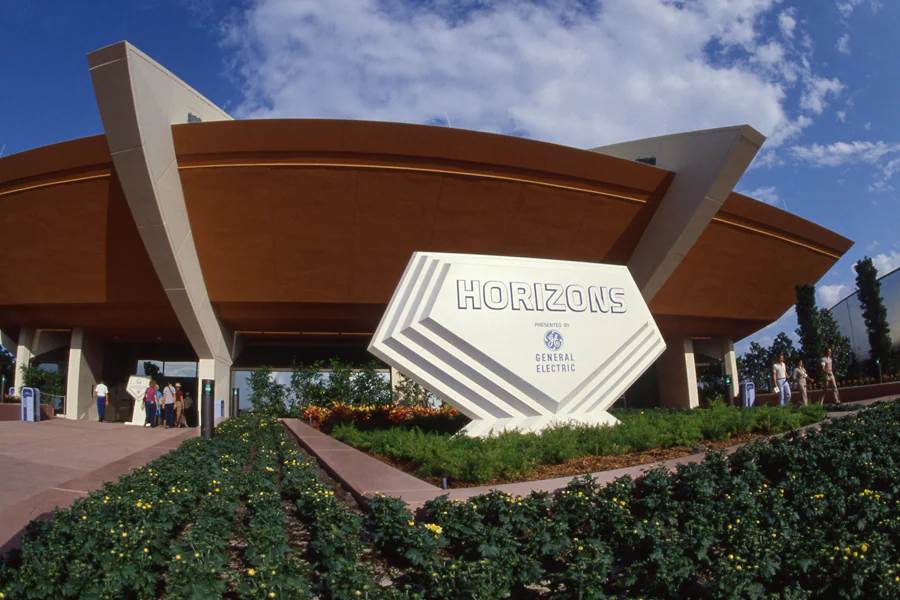 The greatest extinct attraction at EPCOT and perhaps the greatest of all time, is Horizons. This spiritual successor to the Carousel of Progress opened on the park’s 1st anniversary in 1983, and remained open through 1999. As with Journey into Imagination, this is a ride that by no means should have ever been removed, and should have just been updated with the times. Horizons showed the advances of technology and how humans lived in the future, along with taking a look at the future from the past. The incredible music by George Wilkins, the inspiring “New Horizons” song, and impressive visuals throughout this 15 minute ride made for one of the best experiences Disney has ever created, and one that I sorely miss.

I hope you all enjoyed this ranking of my Top 8 extinct attractions at EPCOT Center. If you want to see some more theme park rankings, feel free to check out some of my other “Ranked” articles listed below: