Ranked: The Attractions of Islands of Adventure

Over the past few years, I’ve become almost as much a fan of Universal as I am of Disney, and I’ve had the ability to spend a lot of time at the Universal Orlando Resort. I thought it would be fun to rank (most of) the rides in the park, from my least favorite to most. There are a few omissions here, such as the elusive Pteranodon Flyers, as well as all of the walk-through experiences in the park. So with that out of the way, let’s get on to the list!

I hate to start off on a sour note, but this is just an absolutely terrible attraction. So many things that other log flumes do right seem to be messed up here. The lap bar restraint is extremely restricting, leading to a very uncomfortable ride experience. On top of that, the level of wetness here borders on ridiculous. The theming is adequate, but does leave something to be desired. For me, it’s too much risk with not enough payoff, so that’s why it’s my least favorite attraction at Islands of Adventure. 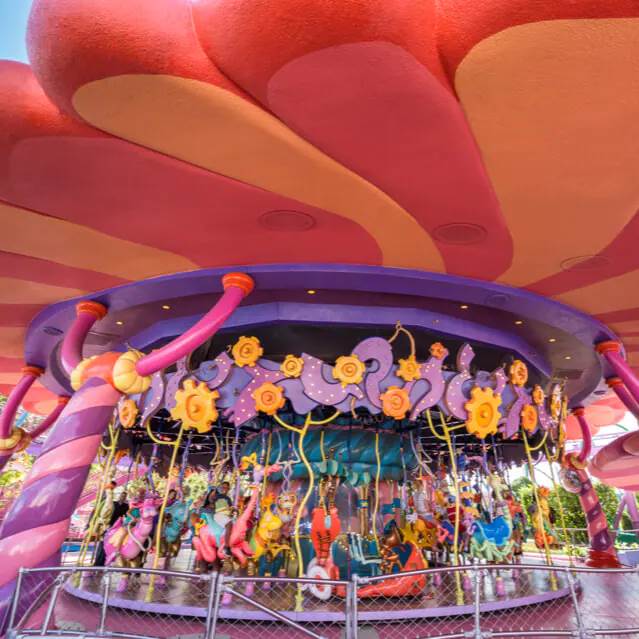 The next few items on this list I don’t really have anything bad to say about. The Caro-Seuss-el is your typical carousel, albeit with a fun, over-the-top Seuss theme to it.

This ride packs a surprising punch. More so than the Mad Tea Party at the Magic Kingdom, Storm Force Accelatron really spins! The added musical soundtrack really makes this into a more thrilling experience than it has any right being, but alas is still just a set of tea cups. 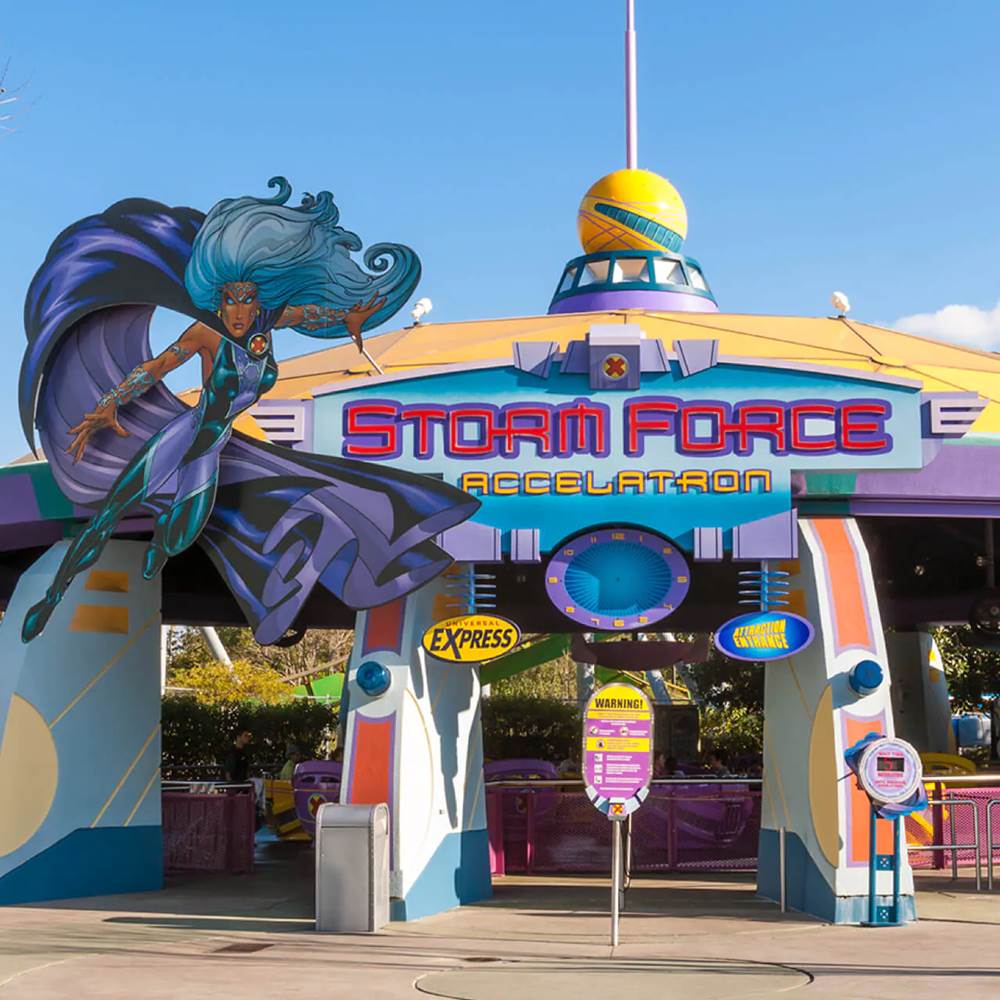 15. Flight of the Hippogriff

The smaller of the two Harry Potter roller coasters in the park lands at #15. I prefer the Mack designed version of this attraction at Universal Studios Hollywood, as it provides a smoother ride with a lot more leg room. However, this is still a fun beginner’s coaster. 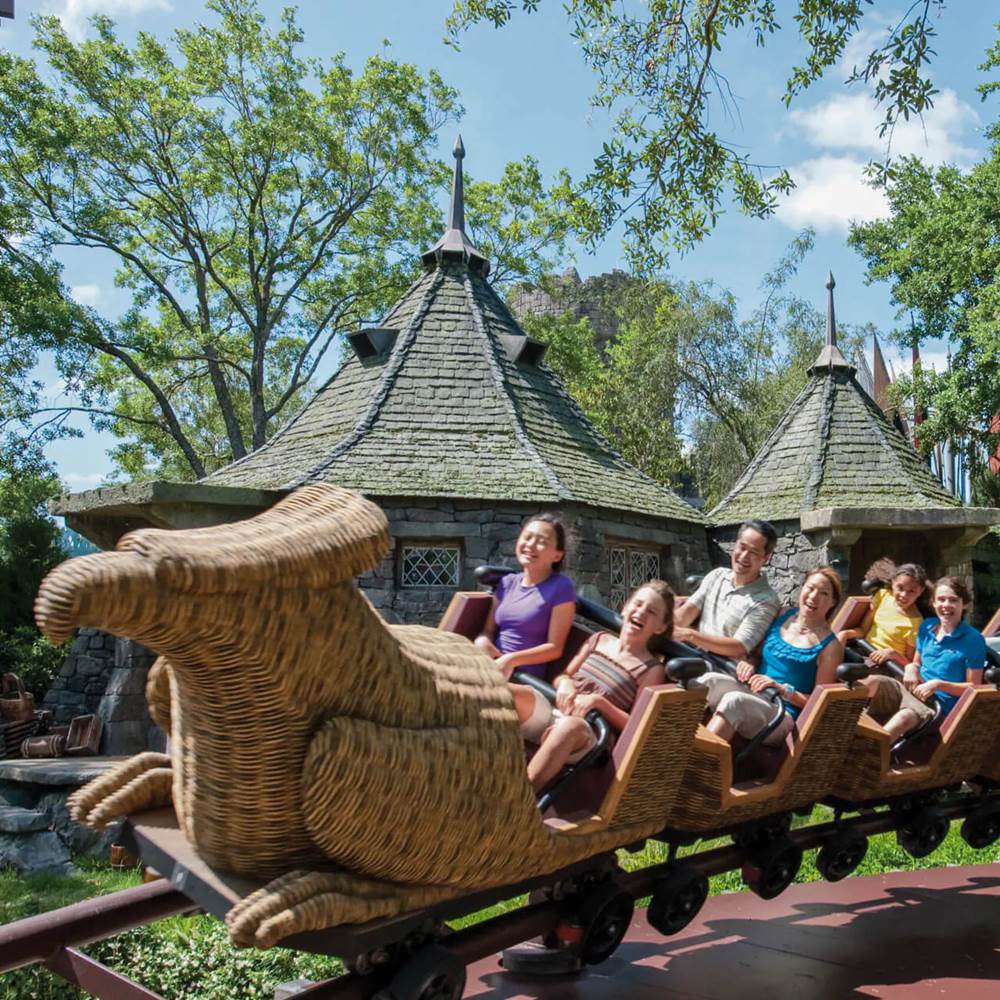 Universal has a habit of adding a little something extra to their flat rides to make them unique, and that is definitely the case here. Listen to the fun song that plays, and whether you listen to the directions or not determines whether or not you’ll get wet. This really adds an extra level of fun to an otherwise normal attraction. I don’t think there’s any attraction in Central Florida that gets you more drenched from head-to-toe than Popeye & Bluto’s Bilge-Rat Barges. Unlike with Dudley Do-Right, the theming of this attraction makes the drenching a little more worthwhile. Although I will admit, it’s been years since I’ve rode this particular attraction. The idea of building the Hogwarts Express to connect the different Harry Potter themed lands in the two parks was a genius one. Both from a financial and a thematic standpoint. The journey itself doesn’t have much to it, but it absolutely puts you straight into the world of Harry Potter. I have a real soft spot for The Cat in the Hat, and I really want to place it higher on this list, but subjectively I just can’t. This is a long and well done classic dark ride, reminiscent of the early Fantasyland dark rides. It’s also quite helpful that there’s never a wait, and the air conditioning is absolutely immaculate. 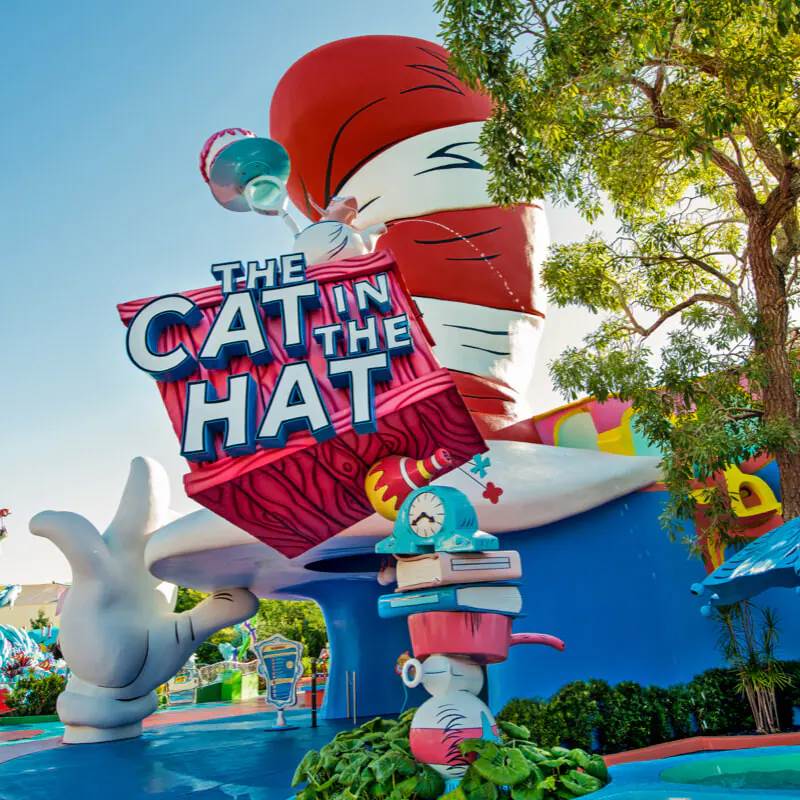 I actually just rode this drop tower for the first time during my last trip to Universal in September 2021. I was absolutely blown away by the level of detail present in the queue, something I was not expecting from a drop tower. Before boarding, you’re led to a loading hallway, reminiscent of Mission Space, that was rather obnoxious with constant loud mechanical noises being pumped in. The ride itself however was great, providing a great immediate burst, followed by some light bounces that provided an excellent view of Islands of Adventure. 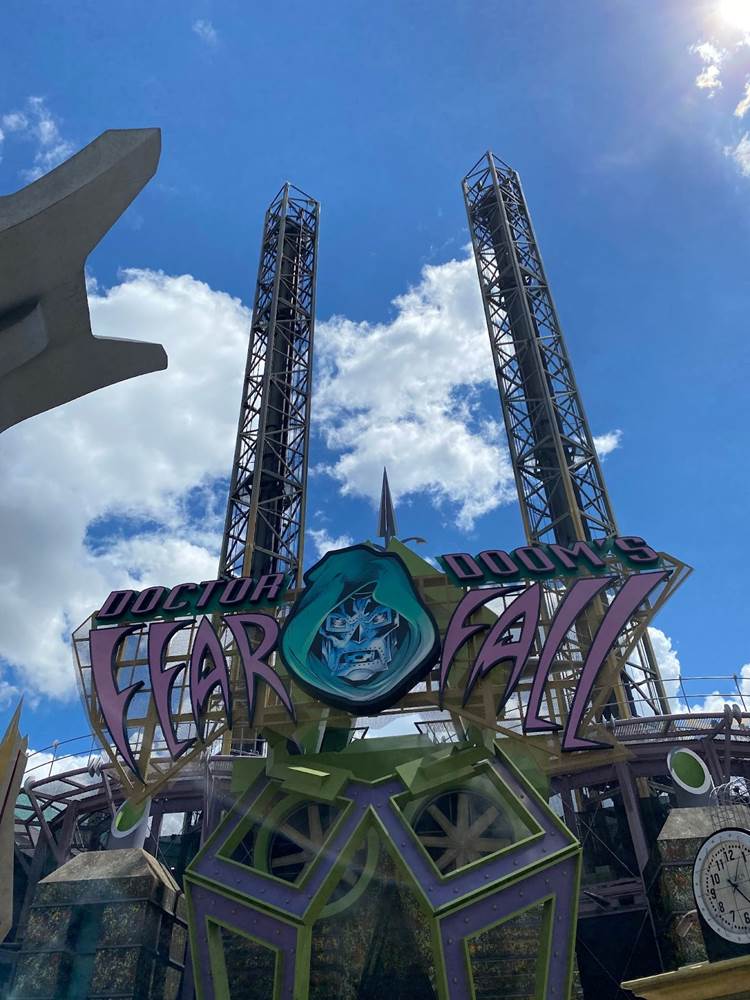 9. The High in the Sky Seuss Trolley Train Ride

I have to admit, this ride is something of a guilty pleasure for me. I’d almost call it Universal’s version of the PeopleMover, providing excellent views of not only Seuss Landing, but also the beautiful skyline of the park. If I had one complaint, it’s that the ride is a little too short, and it could do with being a little more efficient. Although Poseidon’s Fury is currently indefinitely closed, I am including it on this list in the hopes that it is indeed returning. Rumors point to a refreshed show when it eventually does reopen. This really is a unique Universal offering, not at all themed to any recognizable intellectual property. It’s part walk-through, part show, and has some great special effects that are still impressive to this day. I for one really hope we get the chance to see this unique experience again. If you had asked me maybe three years ago, this might have ranked a lot higher. However, after seeing the incredible updates made to Jurassic World: The Ride in Hollywood, this version pales in comparison. It still offers the unique Jurassic Park theming and charm, but nothing beats the incredible I-Rex aniamtronic. If this attraction were to receive those updates, it would probably rise up again in my rankings. The most impressive thing Skull Island has going for it is size. The facade is absolutely massive! The ride has the unique ability to skip the outside portion if the weather is poor, but that does take away from one of my favorite parts of the ride. Unlike Fast and the Furious: Supercharged, Skull Island really adds to the scene taken from the Universal Studios Hollywood Studio Tour, including an enormous King Kong animatronic at the end of the ride that takes my breath away each time! 5. Harry Potter and the Forbidden Journey

This is one that’s gone down in my rankings. Now don’t get me wrong, it’s still an amazing attraction, but because I have a copy of it so close to me in Hollywood, some of the more unique attractions at Islands of Adventure speak to me more. This was the ride that really started Universal off on a new path of more themed and innovative attractions, and sparked the impressive growth at all Universal parks over the last decade or so. And it still holds up incredibly well. The KUKA Arm ride system is still incredibly impressive, and it’s quite surprising that it hasn’t been used elsewhere. 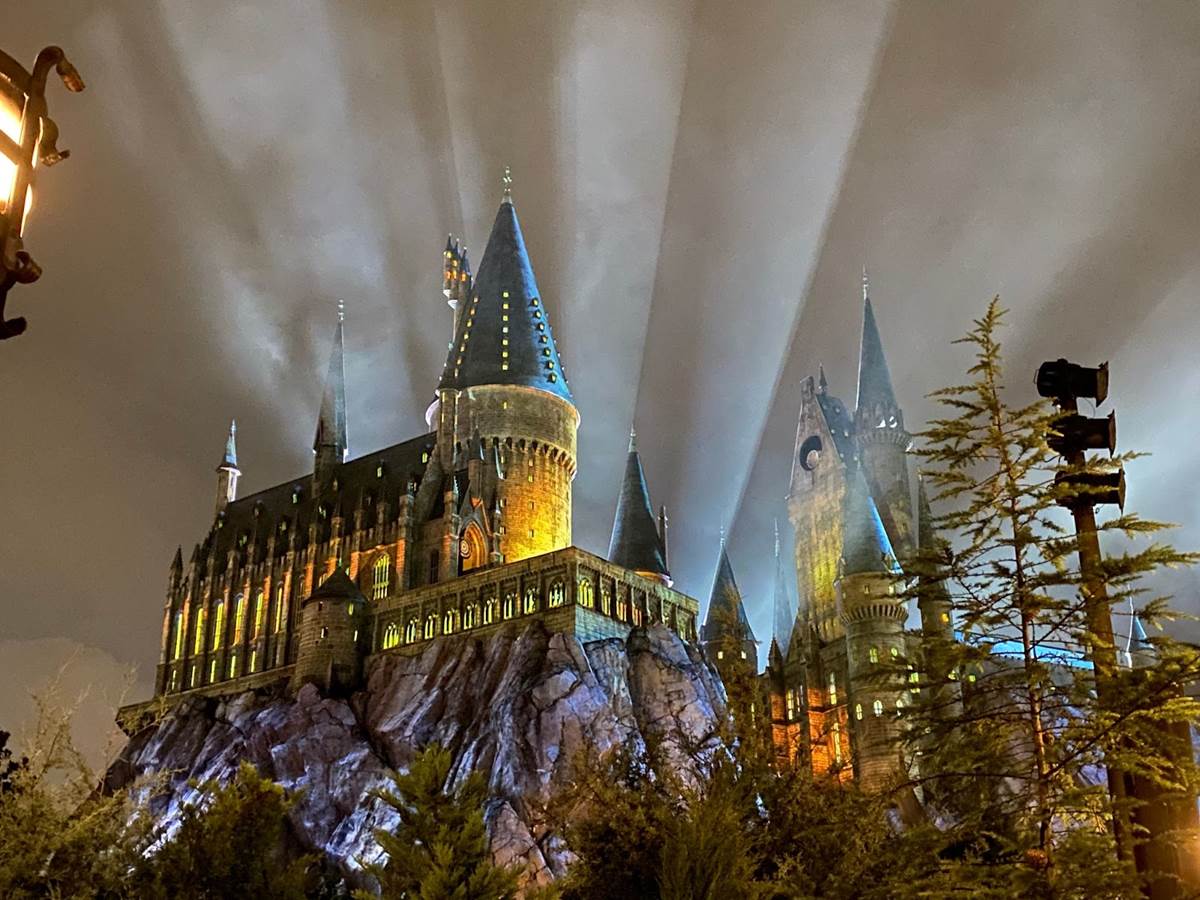 4. The Amazing Adventures of Spider-Man

The original modern Universal dark ride opened with Islands of Adventure back in 1999, and to this day it’s still one of the best attractions. After receiving a 3D upgrade to the graphics in 2012, the ride is better than ever, with some of the best blending between screens and physical sets in any dark ride. I particularly love the scene where the Hobgoblin throws his fiery pumpkin at us, and that turns into a real fire effect. Brilliant stuff. 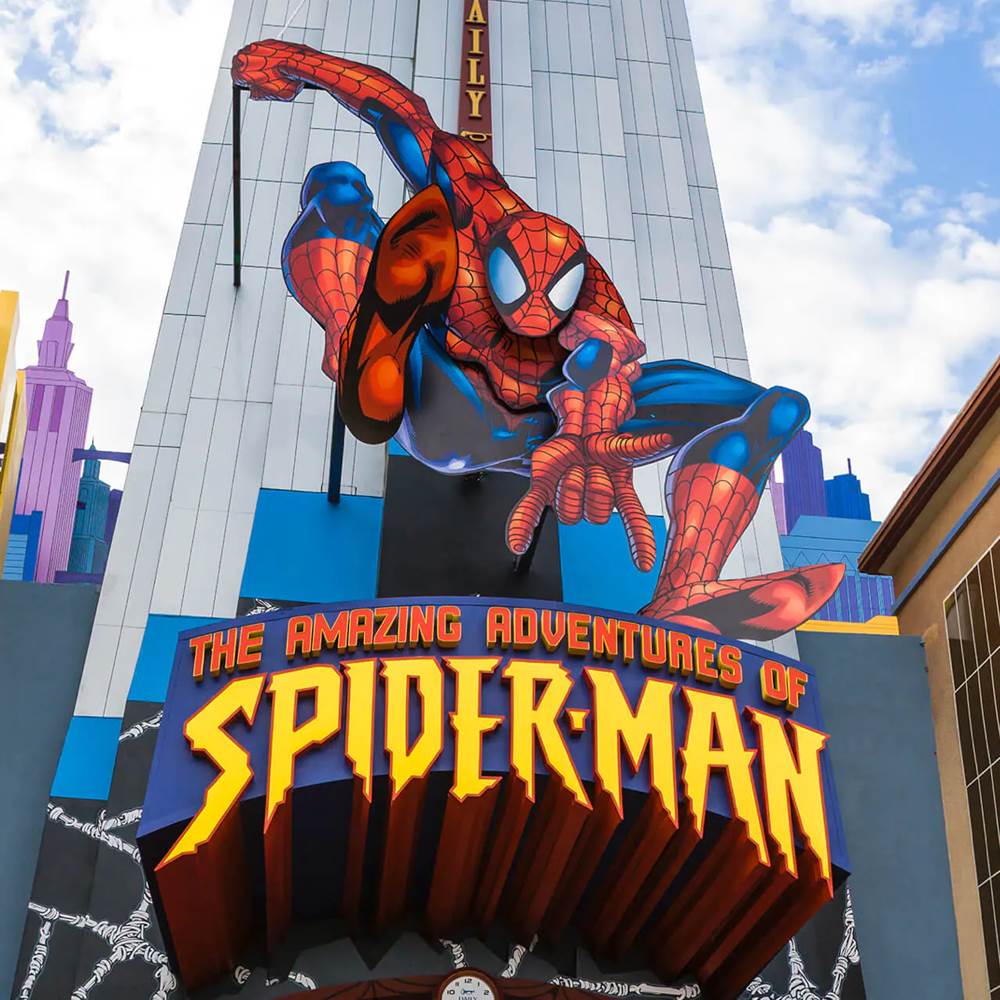 The Incredible Hulk Coaster is one of the best full package coasters out there. First up, there’s a good build-up to the attraction with a decently themed queue. The ride itself is a smooth, but intense coaster built by the great Bolliger and Mallibard and features an absolutely incredible score by Patrick Stump of Fall Out Boy. That music always gets me so pumped and excited for the ride, and makes me want to hop right back in line. 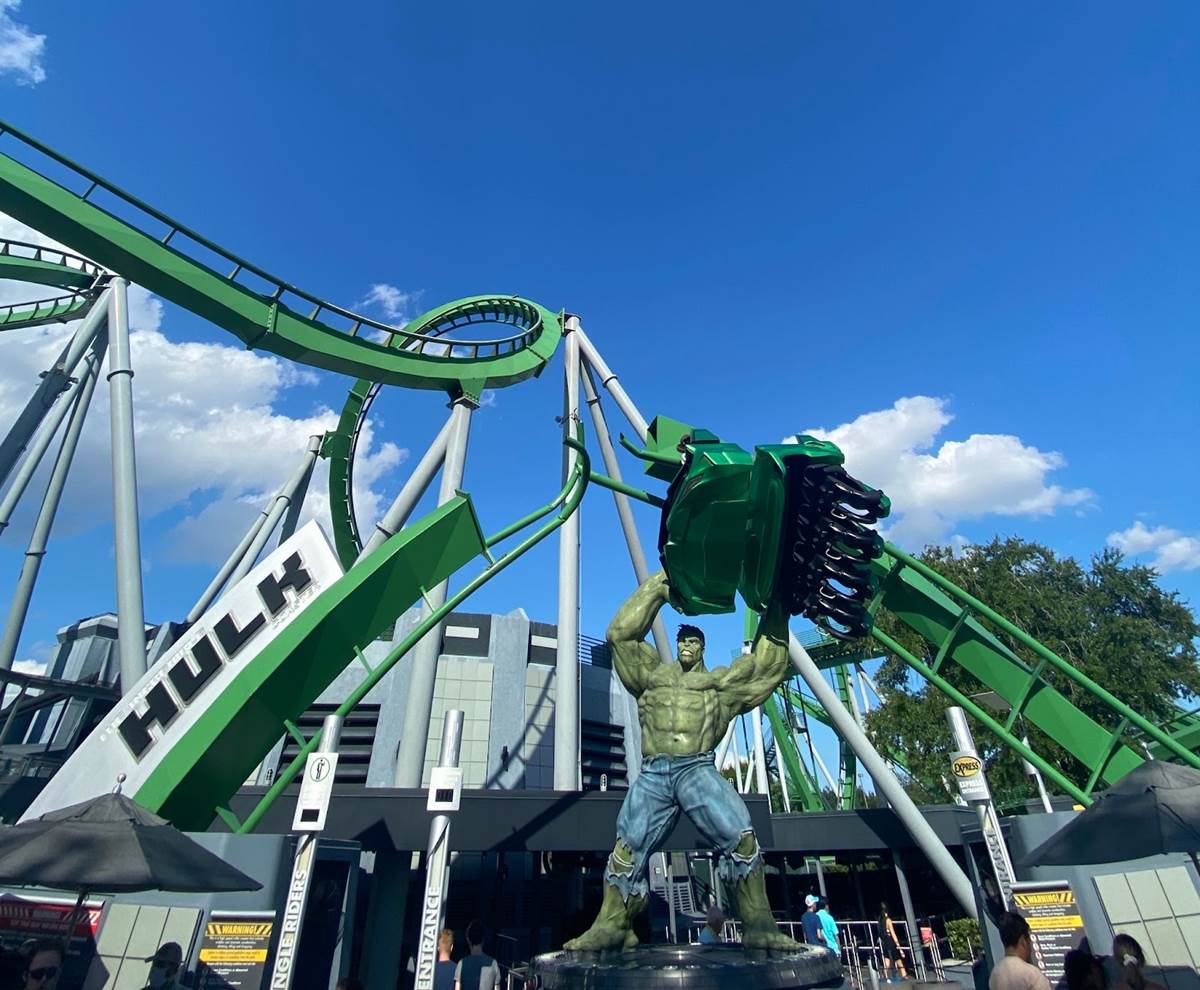 The newest attraction at Islands of Adventure is also one of its best. The Jurassic World VelociCoaster is a visually stunning and intense ride experience, definitely not for the faint of heart. The open designed restraints really help you feel like you're flying, with many exciting pops of airtime along the way. The launches are absolutely exhilarating. And let’s not forget about the queue, which features lots of fun details and even two animatronic Veliciraptors. Universal really hit it out of the park with this one, and there’s only one ride in the park that’s better. 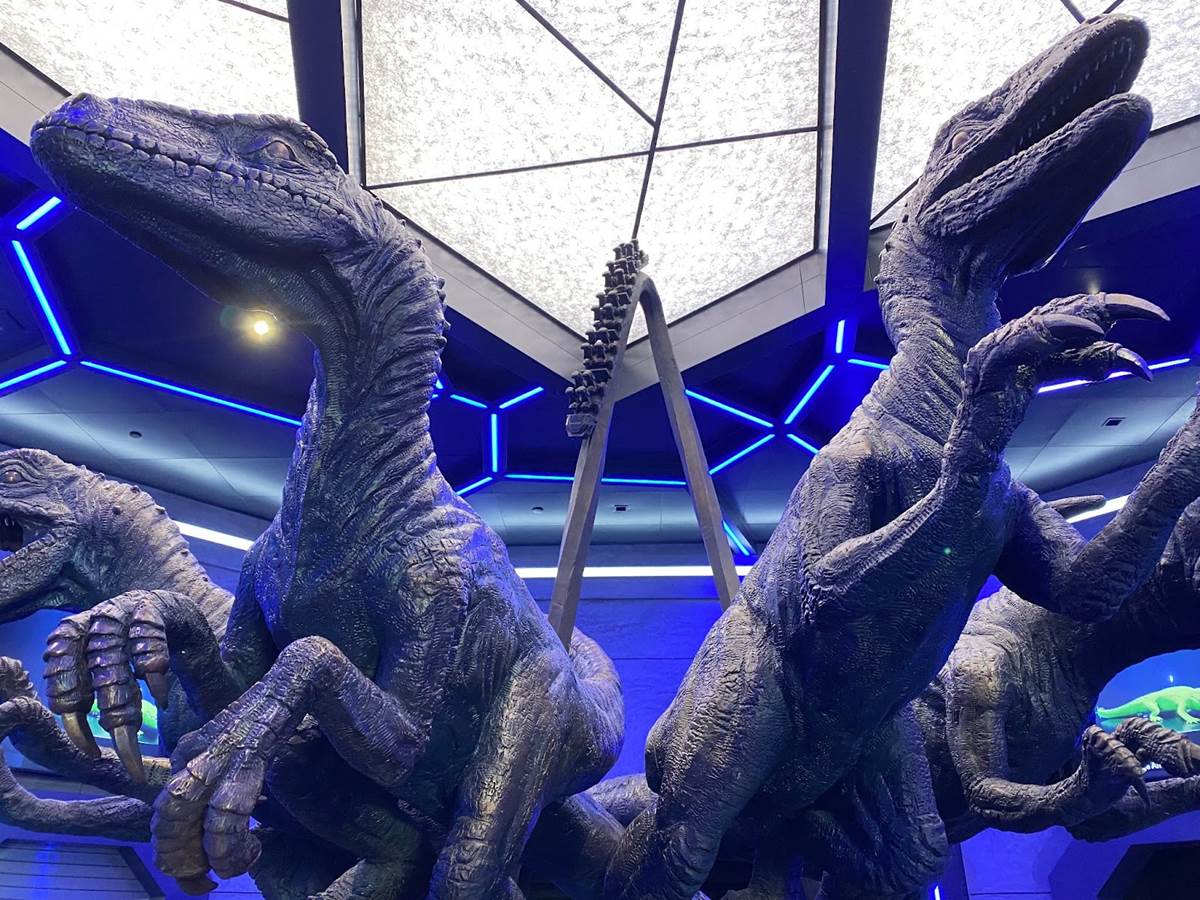 In anticipation of Jurassic World VelociCoaster opening, I quite often wondered to myself which I would like more, that or Hagrid’s Magical Creatures Motorbike Adventure. Safe to say, as much as I love the VelociCoaster, Hagrid’s is the better overall package. Sure, VelociCoaster is definitely more thrilling, but Hagrid’s has enough thrills to make it a true family attraction. Add on to that 7, count that: 7 launches, quite a few animatronics and show scenes, and the deceptive scene in Devil’s Snare, and you’ve got yourself a world class attraction. I hope you all enjoyed this ranking of most of the attractions at Islands of Adventure. Please come back soon for another ranking article!