Welcome back to another “Ranked” article here on Laughing Place. I figured that since I have now covered a good chunk of the non-Disney theme parks in the United States that I have been to, that it’s time to delve into some Disney rankings. Let’s start things off with Disney’s Animal Kingdom, a park that is small on quantity, but huge on quality! 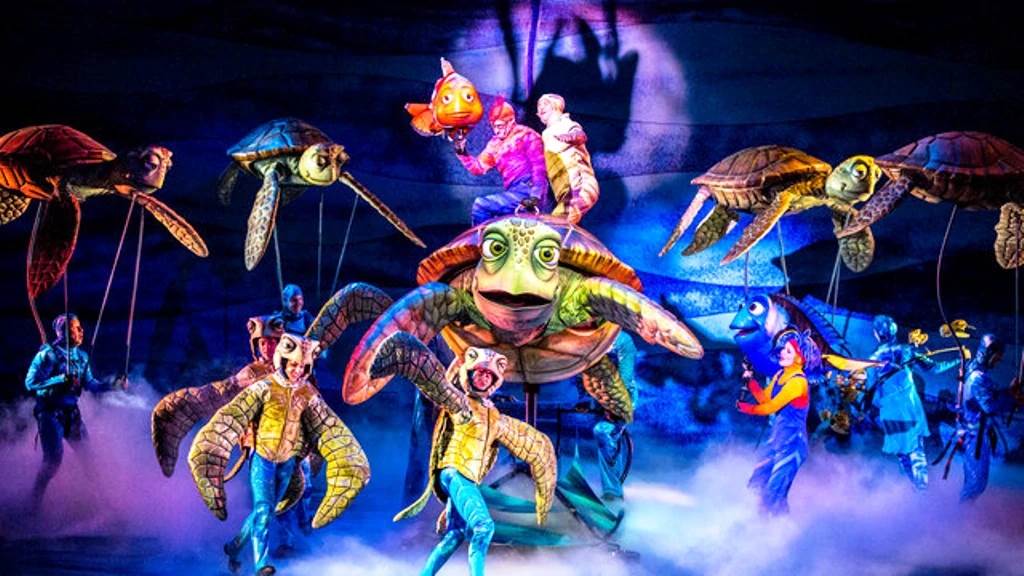 Technically, Finding Nemo: The Musical is now extinct, with an updated show titled “Finding Nemo: The Big Blue… and Beyond!” set to debut next year. But I still wanted to say my piece on this show, which is one of the worst musical shows I have ever seen. Don’t get me wrong, the puppetry is excellent, but also a little jarring. One thing I can’t forgive the show for, is just how terrible most of the music is. It basically just takes lines directly from the movie and somehow translates that into a song. The only two standout songs are “Go With Flow” and “The Big Blue World,” the second of which works much better as the finale of EPCOT’s The Seas with Nemo & Friends. 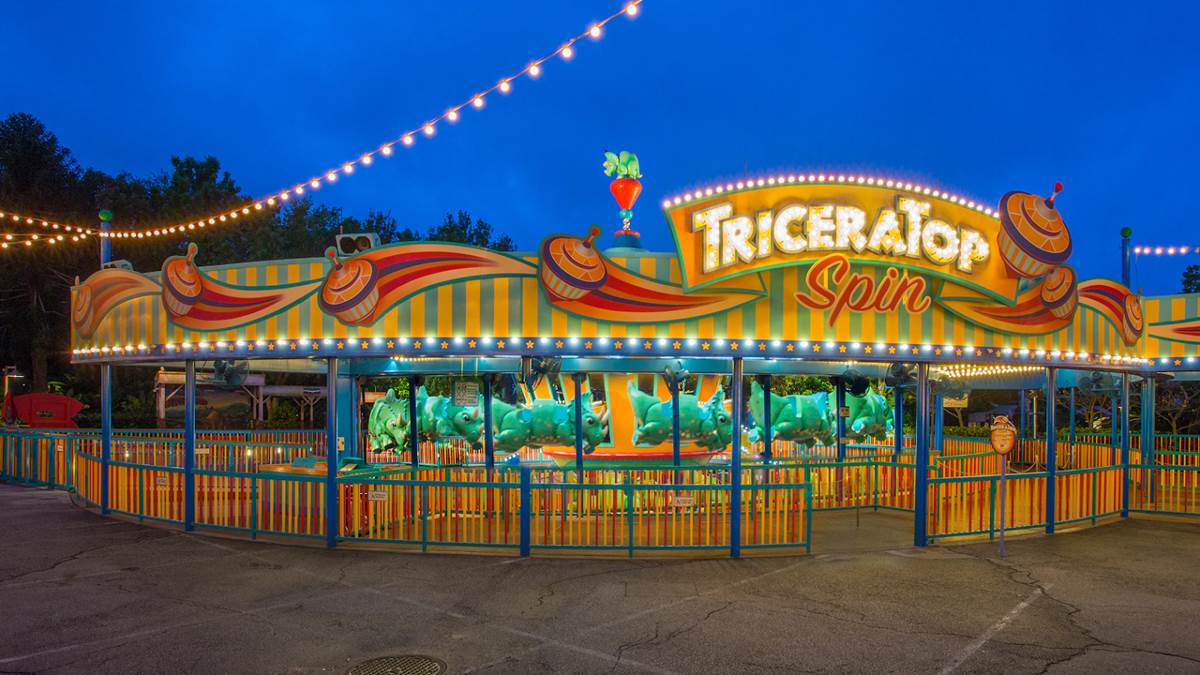 Triceratops Spin is probably the most basic and uninspired of the various Dumbo clones around Walt Disney World. It features the same two-row set-up as The Magic Carpets of Aladdin along with a cute design. Otherwise, it’s just a basic spinner ride in an area of the park that really could use a refresh. The Boneyard is truly a gem for children, as one of the best playground-type areas inside a Disney park. The slides are plentiful and varied, there’s lots of nooks to explore and the Dig Site is fun for kids of all ages. It is still just a glorified playground, hence why it’s so low on the list. 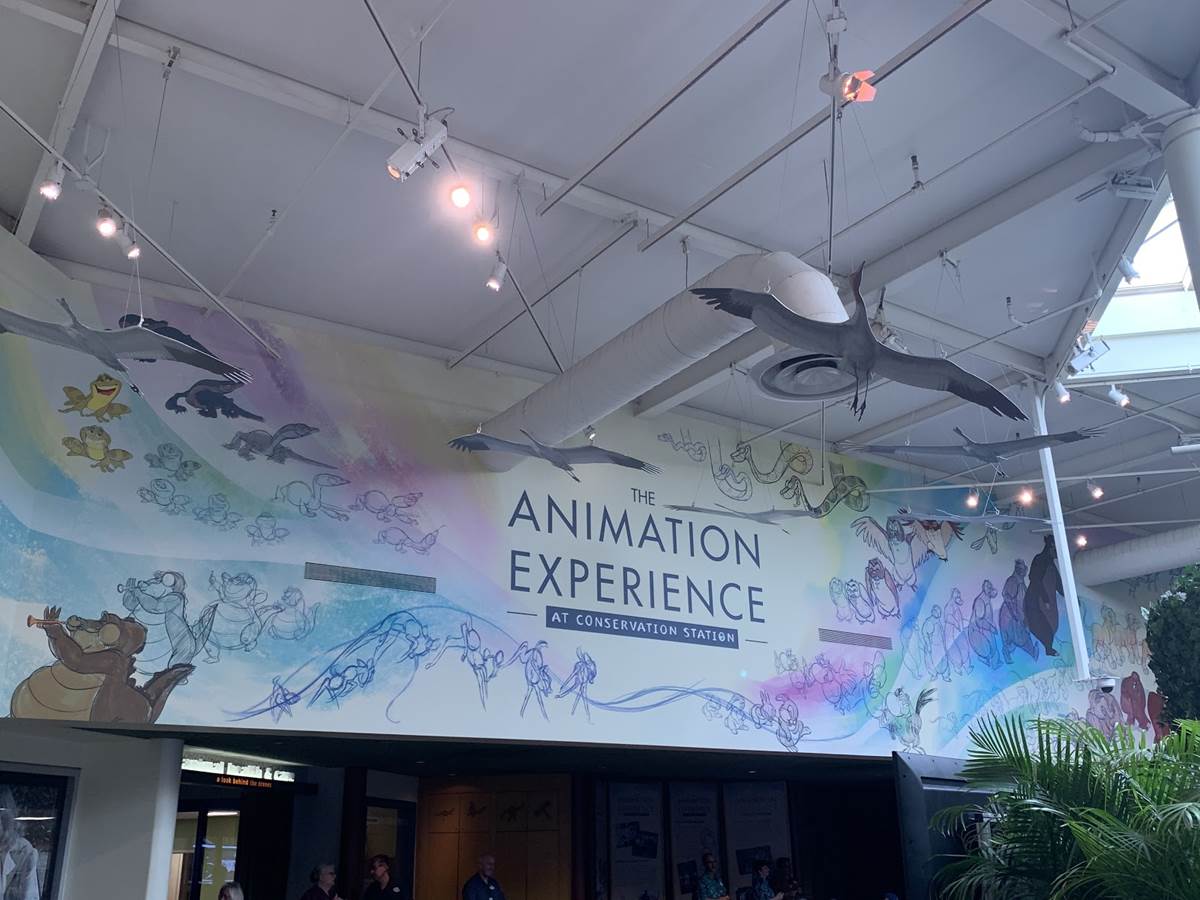 One of the more unique experiences at Disney’s Animal Kingdom is The Animation Experience at Conservation Station. This relatively new addition perfectly ties into both the conservation message of the park and classic Disney animation, by offering drawing classes featuring the many animal characters from Disney’s animated library. While the set-up does seem rather temporary, with convention center type seating and TV screens displaying the artist, it’s still quite the enjoyable time. 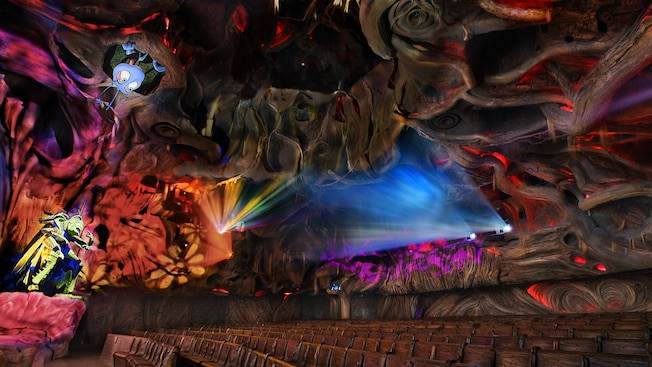 Opening with Disney’s Animal Kingdom before a Bug’s Life even opened in theaters, It’s Tough to be a Bug is an interesting show. I enjoy it, but I’m also surprised it’s still around. The best part of the experience has to be the build up and slow reveal as you walk towards the Tree of Life. The show itself is short, but enjoyable. The scene with the animatronic Hopper is still very impressive to this day. I do wish they had moved the more advanced animatronics from the extinct Disney California Adventure version of the show, as they were far more impressive than what we see in Florida. 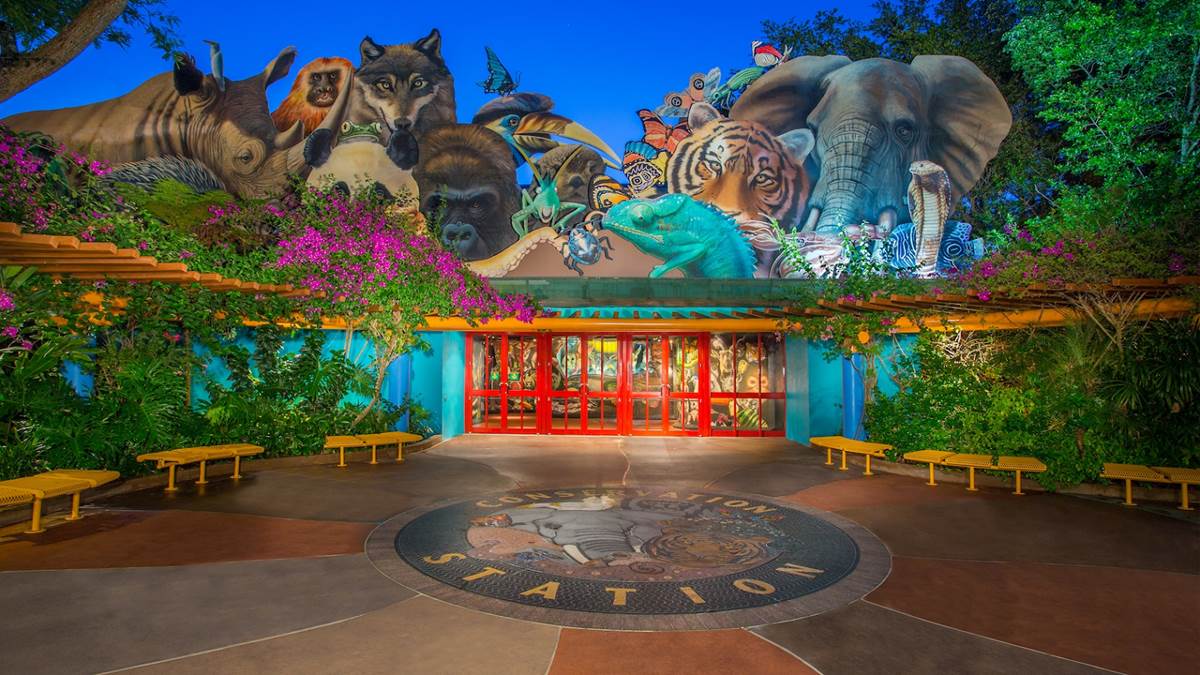 What a strange idea, taking a train from the back of this already large park, to a whole area of the park that doesn’t contain anything other than a show and some exhibits. But somehow, it works. The Wildlife Express Train is a fun distraction that rarely has a wait, and offers some fun looks backstage at the park’s animal facilities. Rafiki’s Planet Watch itself is fun mostly for the petting zoo and the aforementioned Animation Experience. I think they should add something else back here, to better entice people to take the time out of their day to visit. 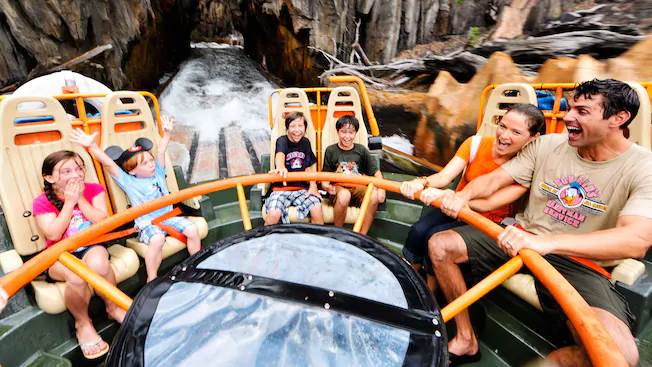 Rapids rides are a staple of theme parks across the country, and Kali River Rapids was the first ever built at a Disney park. Sadly, it’s one of the weaker rapid rides I’ve been on. It’s ridiculously short, offering nothing of excitement before the first drop other than some incredible views of Expedition Everest. The drop is fun, and the few rapids that follow are fun, but I always walk away thinking “that’s it?”

6. Festival of The Lion King Everything Finding Nemo: The Musical fails to do, Festival of The Lion King delivers in spades. Firstly, the theater exterior for this show is much better themed, fitting in perfectly into the village of Harambe, rather than just a green box. The show itself uses the legendary music from the film by Elton John and Tim Rice, but serves more as a celebration of the tale, rather than a retelling. From the acrobatic tumble monkeys and flame throwers, to the impressive floats and dancers, Festival of The Lion King is an all-around good time from start to finish. 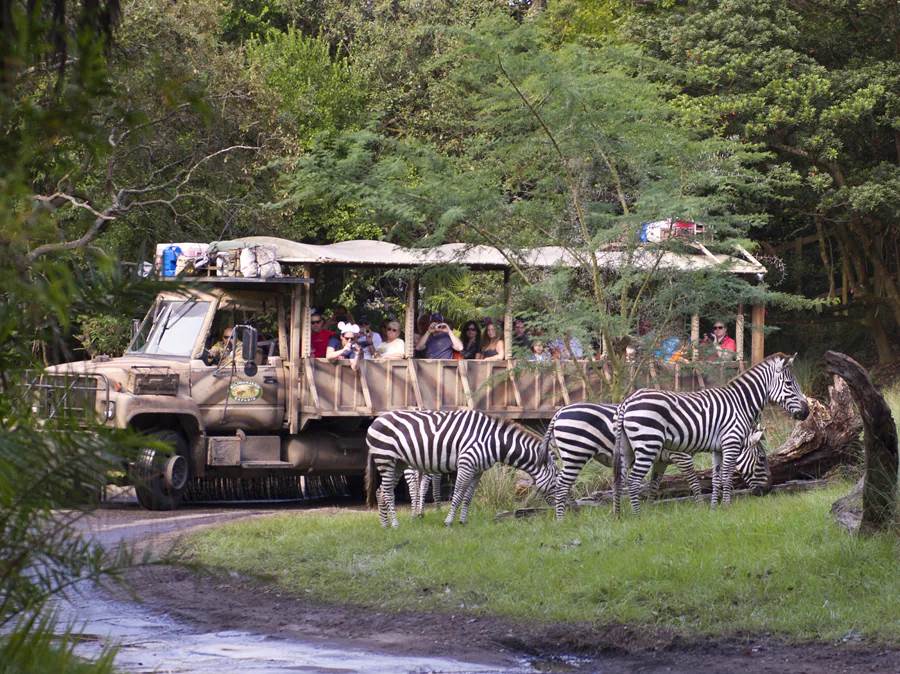 As much as Spaceship Earth is the flagship ride at EPCOT, Kilimanjaro Safaris is the apex of what Disney’s Animal Kingdom strives to be. A thrilling ride, but also a serene one. The rickety trucks take you on a tour of the park’s truly massive savannah, with a remarkable amount of up-close animal encounters. Now because this ride deals with real live animals, your rides will always vary. It’s also a long ride, clocking in at around 20 minutes. Navi River Journey is often criticized for being too short, but I’d wager to say it’s the perfect length. For the type of ride it is, you don’t really need more. It’s more of an experience than any attempt at storytelling, with the beautiful lights, plants and music perfectly transporting you to Pandora. Let’s not forget the Shaman at the end of the ride, perhaps the most impressive audio-animatronic ever created. 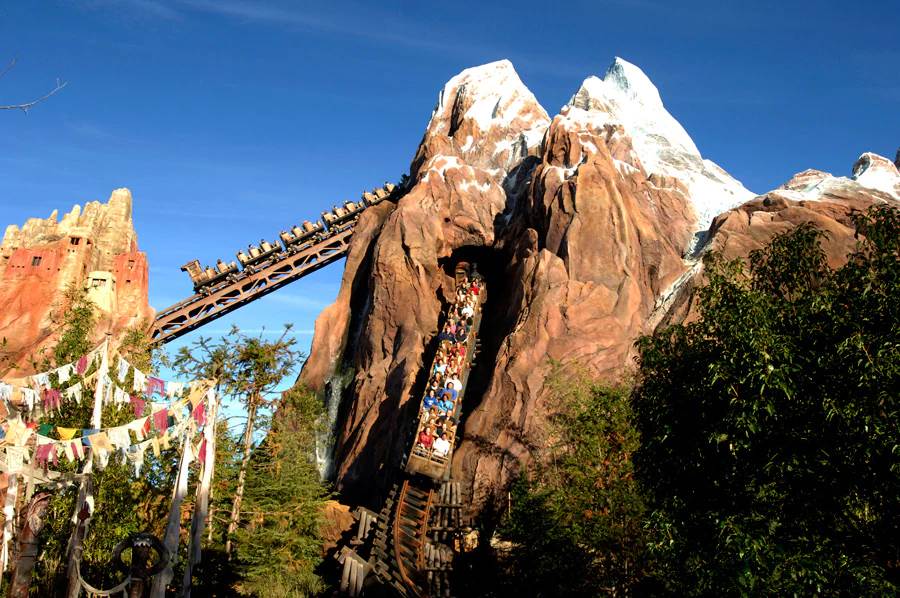 Expedition Everest truly held this park up in the decade before Pandora. It was a much advertised addition back when it opened in 2006, and still looms large as an icon of the park. The roller coaster itself is really smooth and fun, offering lots of surprises and forceful moments, especially for any first timers. I really hope that they are able to fix the Yeti animatronic one day, as that is what would transform Everest back into a truly elite ride. DINOSAUR has always been a favorite of mine, and a lot of that is down to the immensely quotable lines from Dr. Marsh and Dr. Seeker in the pre-show and on the attraction. DINOSAUR feels to me like an attraction out of EPCOT, with the highly educational queue experience that feels like you’re in a natural history museum. The ride itself is also a ridiculous amount of fun, perfectly using the Indiana Jones Adventure ride system in a different way. The animatronic Dinosaurs still hold up pretty well over 20 years later, and mixed in with some modern effects and lighting that were added a couple of years back, DINOSAUR looks better than ever before. Now, if only we could do something about the Carnatorous on a stick… 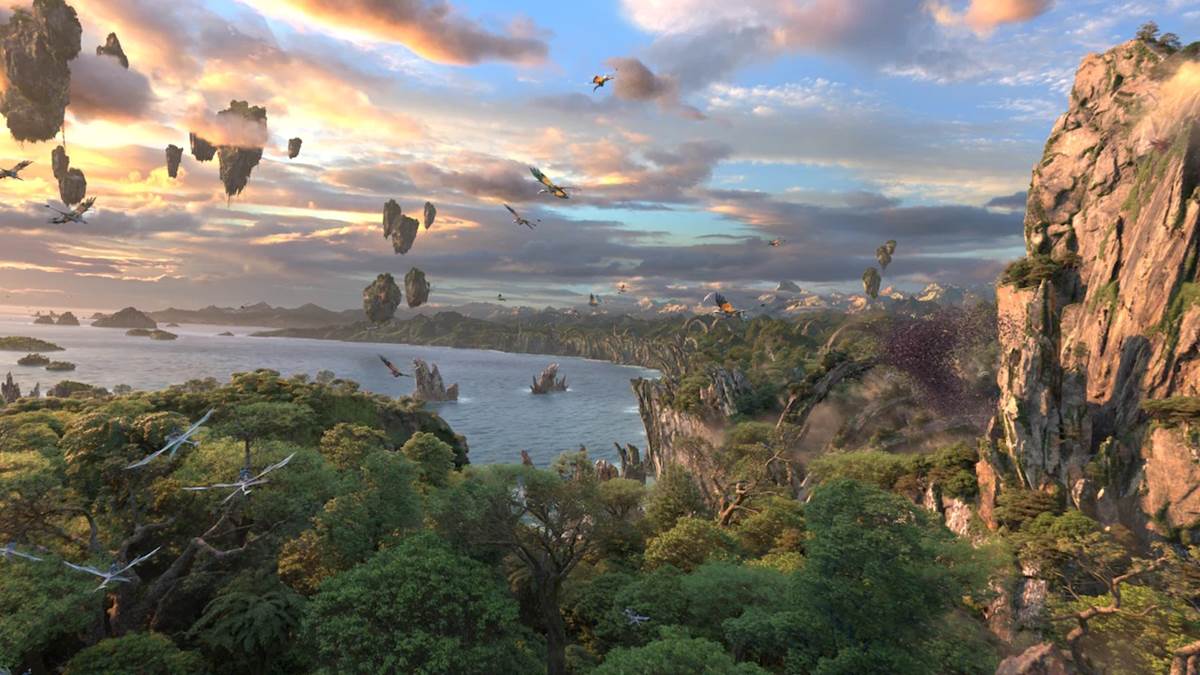 How could Avatar Flight of Passage not be #1? This experience is nothing short of incredible, the true pinnacle of modern Imagineering. Yes, it’s just a more advanced Soarin’. But what works here is the true immersion. Everything from the music, the smells and even the breathing of your Banshee work together seamlessly to truly make you feel as if you’ve matched with an Avatar and are now soaring over Pandora. Add on an impressively detailed queue, and you truly have an attraction that will be hard to top.

I hope you all enjoyed this ranking of the attractions at Disney’s Animal Kingdom. If you want to see some more theme park rankings, feel free to check out my other “Ranked” articles listed below: