Welcome back to another “Ranked” article here on Laughing Place. We’re heading up to Northern California for a look at the roller coasters of California’s Great America. This is a very beautiful park that unfortunately is a little lacking in some areas. The entrance area, along with Orleans Place and the new South Bay Shores water park are all beautifully themed, but the further back in the park you get, the more generic things get. Things are on the up though, with the two latest coaster additions to the park along with more theming efforts. In this edition of “Ranked,” I’ll be looking at all of the coasters in the park, except for the two kiddies coasters: Woodstock Express and Lucy’s Crabbie Cabbies. So with that, let’s countdown the Top 7 roller coasters at California’s Great America!

If I had to hand out an award for the most boring roller coaster I’ve ever been on, it would 100% have to be The Grizzly. Honestly, small kiddie coasters such as Flight of the Hippogriff or Gadget’s Go-Coaster provide more thrills than this relic. To be completely fair, it is a smooth ride for its age, having opened in 1986. But the smoothness on this ride honestly just makes it boring. When riding, it feels as if the train won’t make it over each hill due to just how slow it goes. Cedar Fair (the owners of California’s Great America) really need to bring in Rocky Mountain Construction (known for breathing new life into aging wooden coasters) to do a complete overhaul of the ride, or completely gut it for something new. With a far more superior wooden coaster elsewhere in the park, The Grizzly is redundant. 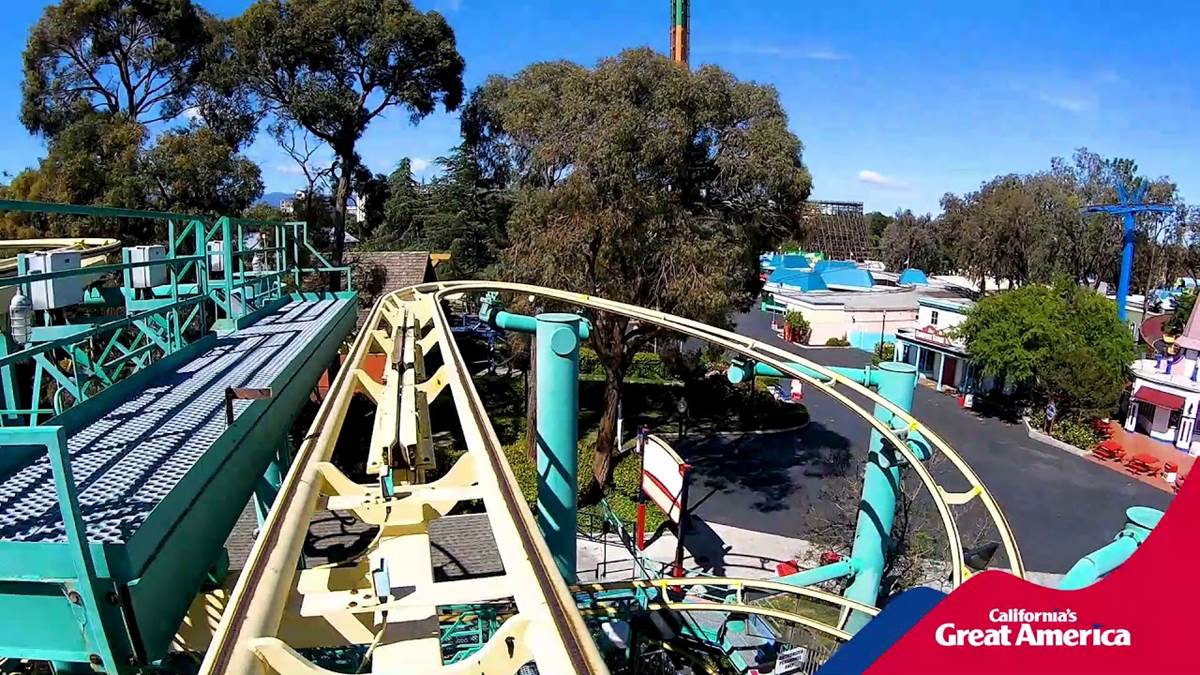 We immediately take a giant leap in quality to perhaps my favorite “Wild Mouse” coaster I’ve ever been on. Psycho Mouse is one of three Wild Mouse coasters to have been built by defunct manufacturer Arrow Dynamics, in addition to one at Michigan’s Adventure and one at Valleyfair, both also Cedar Fair parks. The layout and track profiling of Psycho Mouse is a lot more unique and fun than your typical Wild Mouse, such as Goofy’s Sky School. The multiple small drops also provide some small airtime, in addition to the usual lateral forces provided by this type of coaster. Patriot is a coaster with an interesting history. It first opened in 1991 as Vortex, a stand-up coaster. Due to decreased popularity for that ride type, the park overhauled the coaster with floorless trains in 2017, and it became known as Patriot. As an older coaster from manufacturer Bolliger & Mabillard (B&M), it’s understandably a smaller one. So while smooth with the new trains, it is a really short ride, preventing it from climbing up higher on this list. 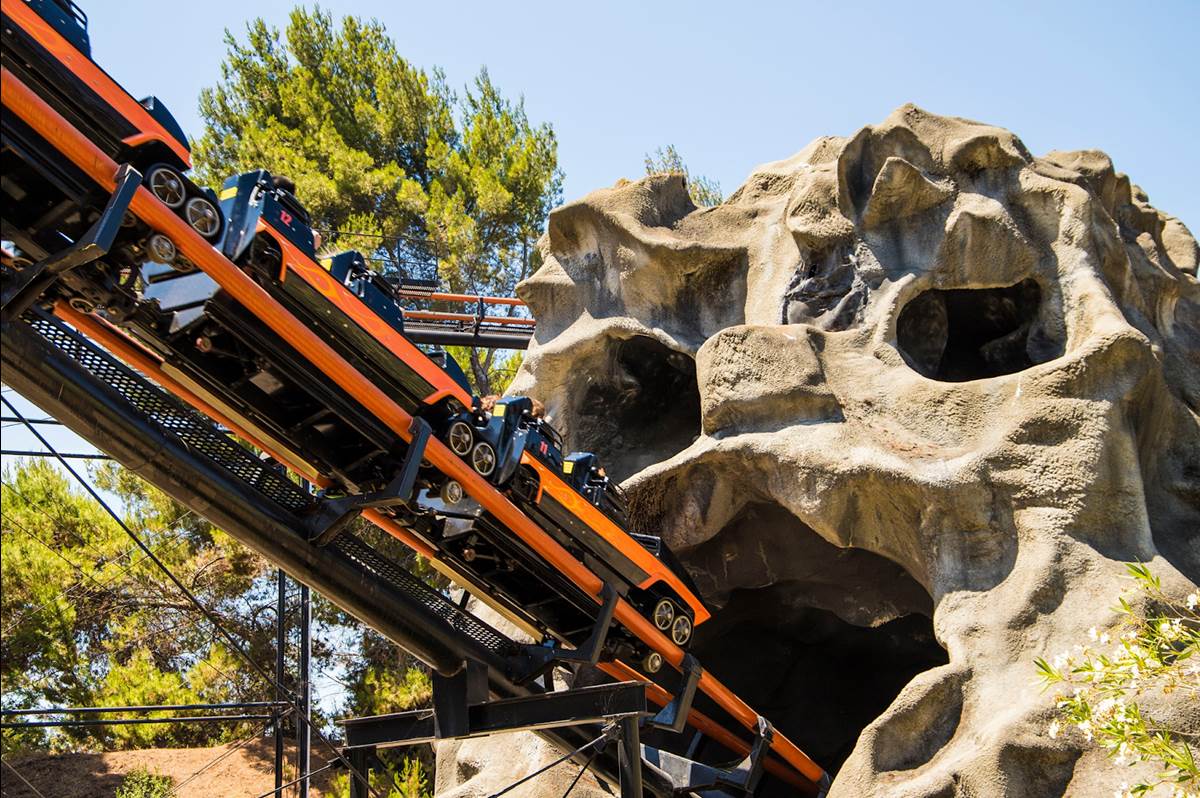 Demon is a true classic at the park that has really held up with age. While an older looping coaster, it’s still pretty smooth, with two forceful loops and two forceful corkscrews following a fun drop. Perhaps my favorite elements of Demon are the thematic ones. First off, you go through a tunnel with bright red lights right after the loops, and then you go into the mouth of the Demon itself following a corkscrew (as seen in the picture above). 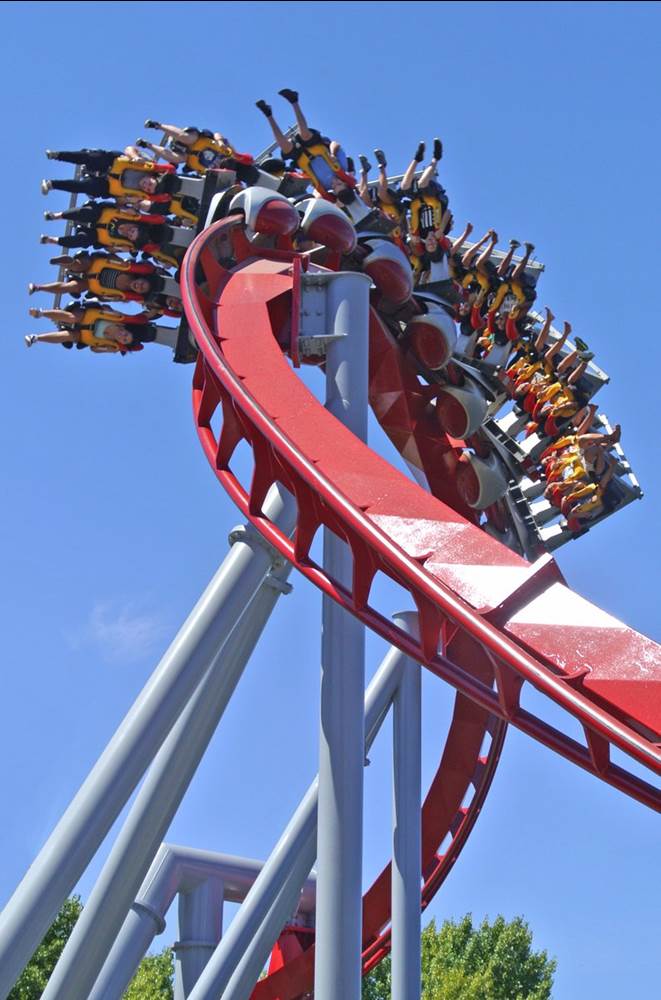 The top three coasters at this park are all truly great in their own right. The oldest of the bunch is one that holds up extremely well almost 30 years after first opening. Flight Deck opened as one of B&M’s first ever inverted coasters and it has a short, but intense layout. Perhaps the best moment is an intense inversion leading into a helix right at the end of the ride, set on top of a lake, offering a beautiful view. 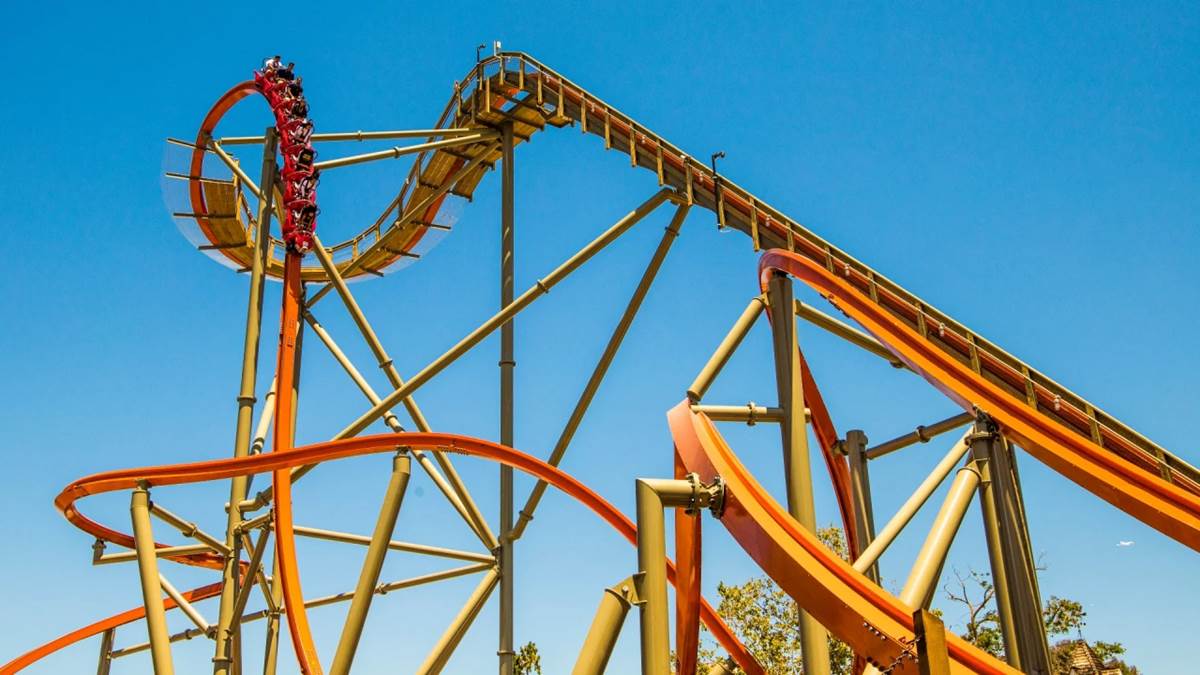 The newest coaster at California’s Great America is RailBlazer, one of the two first Raptor coasters from fan-favorite manufacturer Rocky Mountain Construction (RMC). The Raptor model is designed to be able to fit into a small location and be affordable for smaller parks. But don’t let that fool you, for with the single rail design of the coaster, it’s one of the most fun and intense rides out there. Sit in the front for an incredible view of not only what lies ahead, but also the rest of the park. Sitting in the back, however, will give you some incredible airtime and forces from the many elements packed into this small coaster. Yes, it is a little short, but this is one ride where quality absolutely trumps quantity. 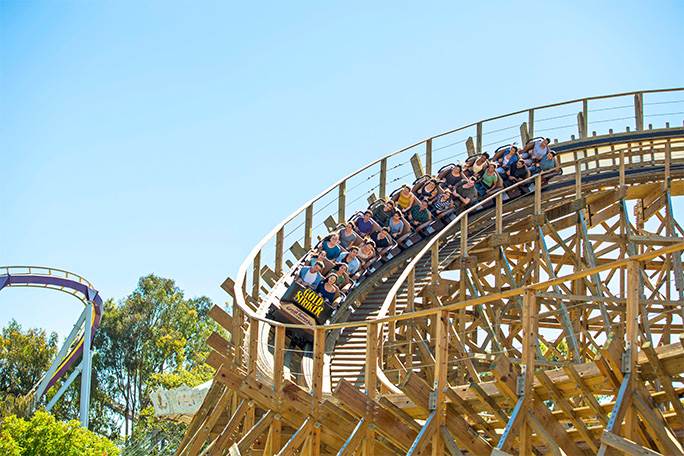 While I love RailBlazer to pieces, Gold Striker has to be my favorite coaster in the park. But only just. This modern wooden coaster opened in 2013 and completely transformed the front of the park. This ride is absolutely non-stop from the moment you disengage from the lift hill. You do not get a single second to catch your breath. The lateral forces and airtime are incredible, and I spent the whole ride wondering if things were going to fall out of my pocket. It’s that crazy! The interaction the ride has with itself and also the Star Tower in the middle of the layout is really fun to watch, not to mention ride.

I hope you all enjoyed this ranking of the roller coasters at California’s Great America. If you want to see some more theme park rankings, feel free to check out my other “Ranked” articles listed below:

If you want more from California’s Great America, check out my article on the park’s annual WinterFest holiday event.