Welcome back to another “Ranked” article here on Laughing Place. We’re concluding our trip to Northern California with a look at some of the roller coasters of Six Flags Discovery Kingdom. This really is an odd park, half your typical DC Comics-filled amusement area, half animal park. I visited this strange park for the first time last weekend, and was able to ride five of their nine coasters. One of those is an almost identical clone to Electric Eel at SeaWorld San Diego, so I’ve judged my ranking of that coaster based on its counterpart. I wasn’t able to ride the park’s two kiddie coasters: Cobra and Road Runner Express, nor THE FLASH Vertical Velocity, which was closed for refurbishment. Another coaster will be joining the park’s line-up next year, Sidewinder Safari, which looks to be very similar to the now-defunct Primeval Whirl at Disney’s Animal Kingdom. So with that, let’s countdown my Top 6 roller coasters at Six Flags Discovery Kingdom! 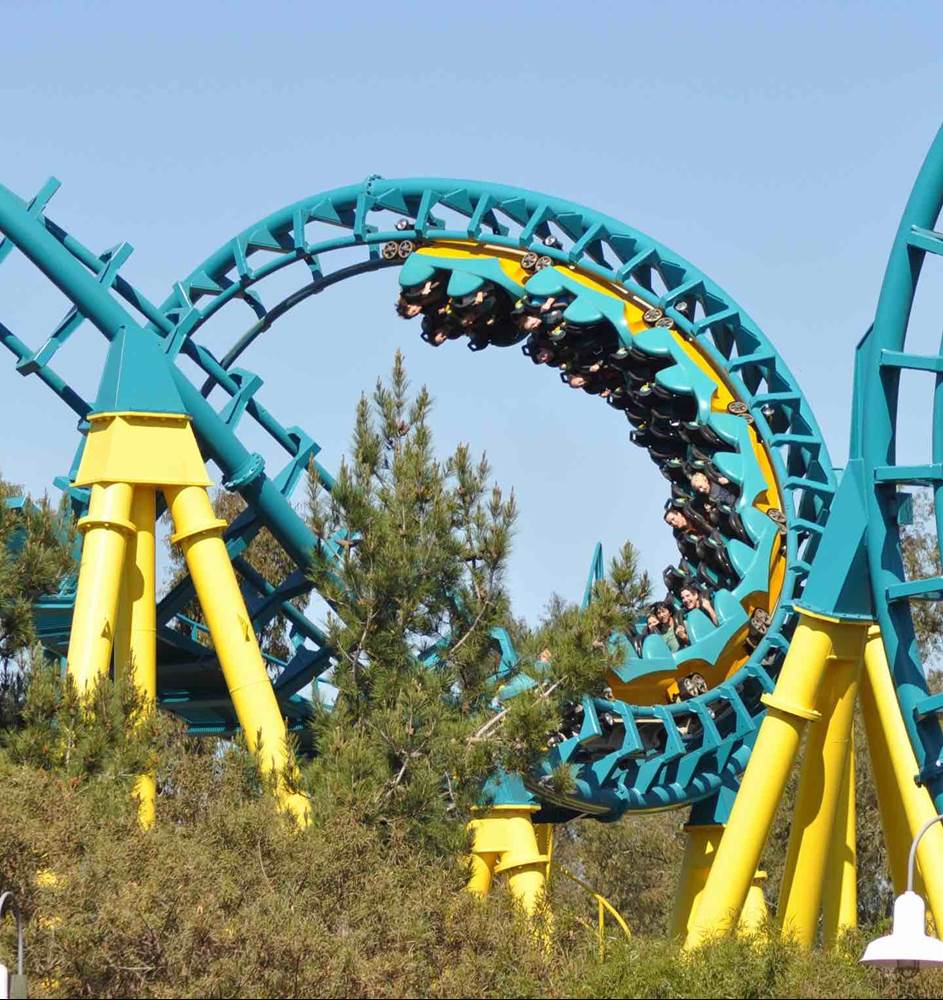 The weakest coaster I rode at Six Flags Discovery Kingdom had to be Boomerang Coast-to-Coaster. This is your typical Vekoma Boomerang that can be found at many smaller amusement parks across the globe. They were huge in the 80s and 90s, and have since died out somewhat. Many still existing installations of this ride type have received new vest restraints, eliminating the headbanging that this ride is known for. Unfortunately, Discovery Kingdom’s Boomerang does not have the new restraints, making this a rather dated and painful ride. 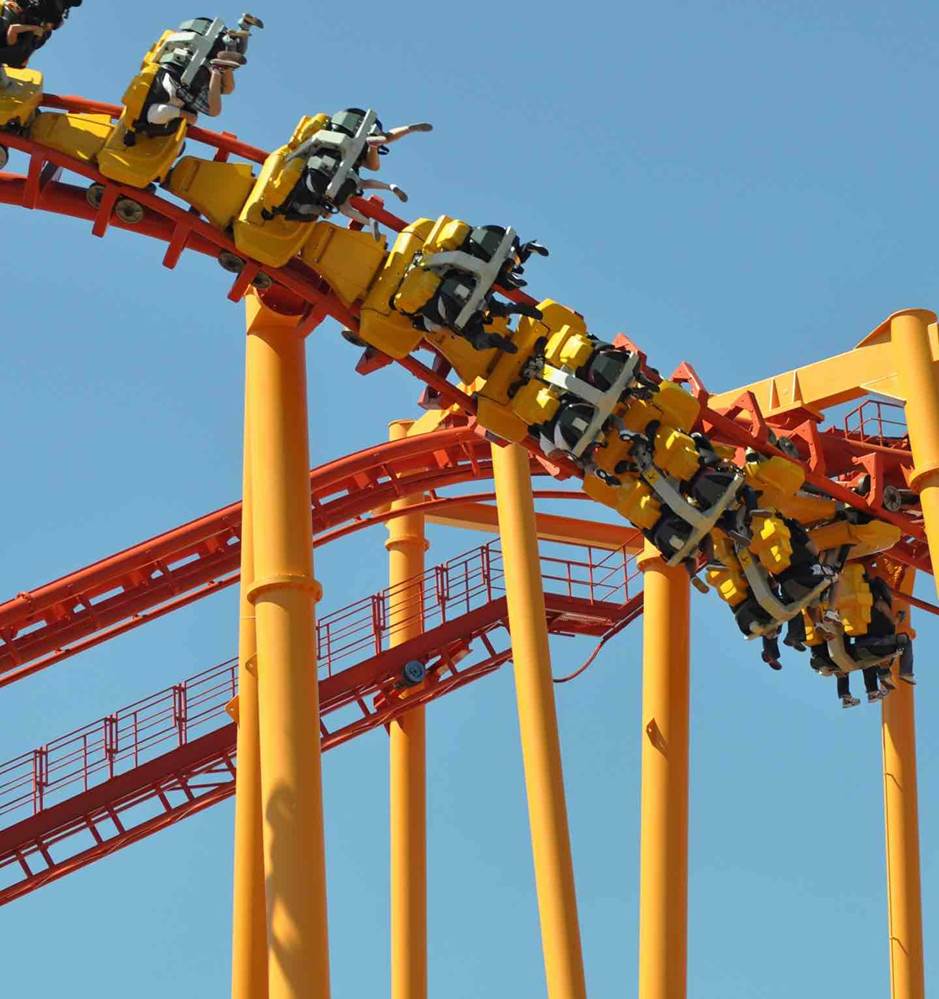 Another ride I was expecting to be unbearably painful was Kong, which is a Vekoma Suspended Looping Coaster (SLC). This particular ride type is typically regarded as one of the most painful coasters by coaster enthusiasts, due to poor track profiling and ridiculously bulky over-the-shoulder restraints. The key to surviving this ride is to ride defensively. I stuck my head forward most of the time, allowing me to enjoy the forces with less of the headbanging. I walked away from Kong enjoying my experience far more than I thought I would. 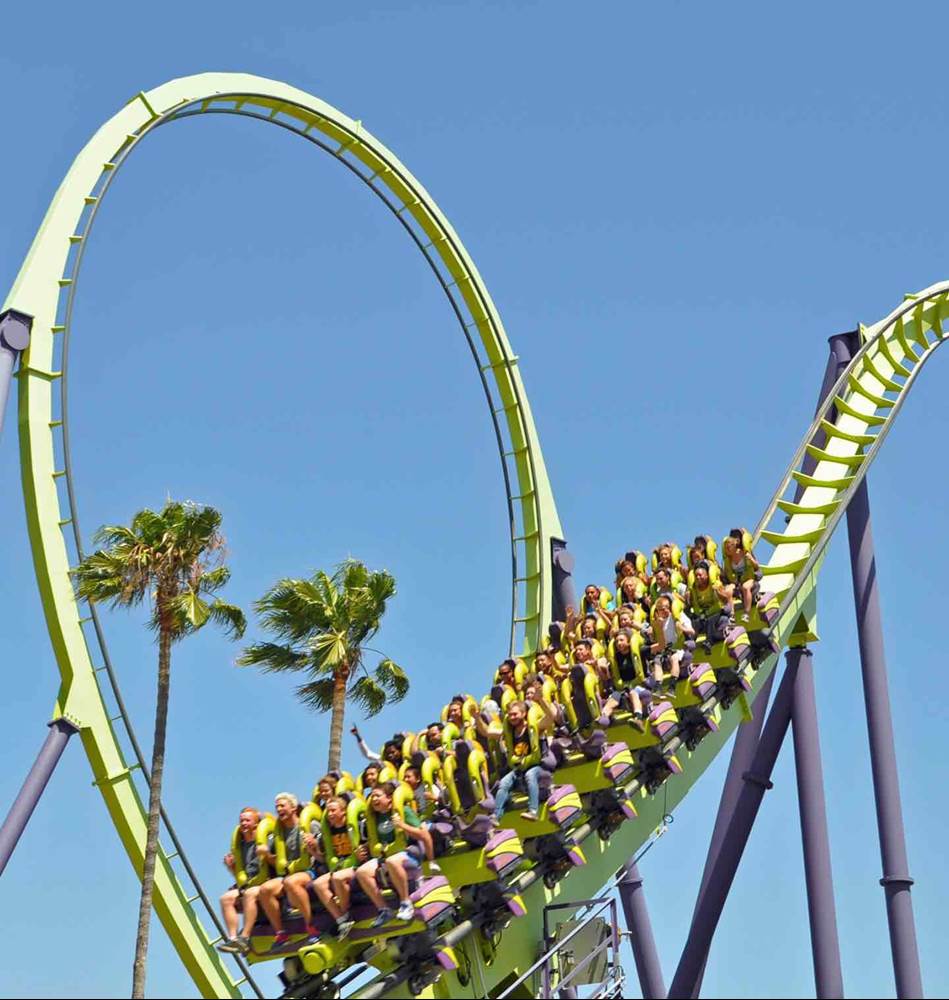 Medusa on the other hand, was built by one of the best coaster manufacturers out there, Bolliger & Mabillard, who are known for their smooth and forceful rides. This floorless coaster didn’t disappoint, featuring a lot of fun and unique maneuvers and inversions that I haven’t experienced on a floorless coaster before. The ride’s station is located within a somewhat well themed (at least by Six Flags standards) temple-like structure, so bonus points for that. Walking up to BATMAN: The Ride, I’ll admit I was intimidated. I had never been on a S&S 4D Free Spin coaster before, and it’s quite the imposing structure. The seats on either side of the track rotate based on a number of factors, such as weight and gravity. A couple of days before riding this, I had rode X2 at Six Flags Magic Mountain for the first time, and that is a similar ride that rotates you in a controlled fashion. So with this being a newer and uncontrolled ride, I feared the worst. However, it was actually pretty fun! I came off wanting to try it again. The unpredictability really adds to the enjoyment of BATMAN: The Ride, and while short, it’s a very unique experience. SUPERMAN Ultimate Flight was the one coaster on this list that I didn’t get to ride, but I have been on two clones of the attraction: Electric Eel at SeaWorld San Diego and Tigris at Busch Gardens Tampa. Still, this Premier Rides Sky Rocket II is truly a blast. Pun intended, as this compact shuttle coaster blasts you off with a forwards launch, then a backwards and then a final forwards, each with increased speed to get you up to the top of the structure. Honestly, this ride shouldn’t be as fun as it is, but yet here it is at #2. The hangtime through the barrel roll at the top and the airtime dropping off that element are both absolutely elite. THE JOKER proved to be the most popular ride in the park, sadly not helped by the one-train operation. Because of this, the line was pretty lengthy, at about an hour. But as this is a coaster from Rocky Mountain Construction (RMC), we just had to wait for it. The good thing is, the wait was extremely worth it! This coaster does everything that RMC is known for, from insane ejector airtime moments, to stalls and barrel rolls, this was non-stop fun from the moment you drop off the lift hill. I wanted to get right back in line, but sadly the wait was still long. I guess I’ll just have to head back to Six Flags Discovery Kingdom one day for a re-ride!

I hope you all enjoyed this ranking of the roller coasters at Six Flags Discovery Kingdom. If you want to see some more theme park rankings, feel free to check out my other “Ranked” articles listed below: