Welcome back to another “Ranked” article here on Laughing Place. We’re going to be doing something a little different this time, by looking at my Top 8 background music loops in general at theme parks. There’s so many to choose from, but generally what can be found at the Universal and Disney parks are the most memorable and well put together. 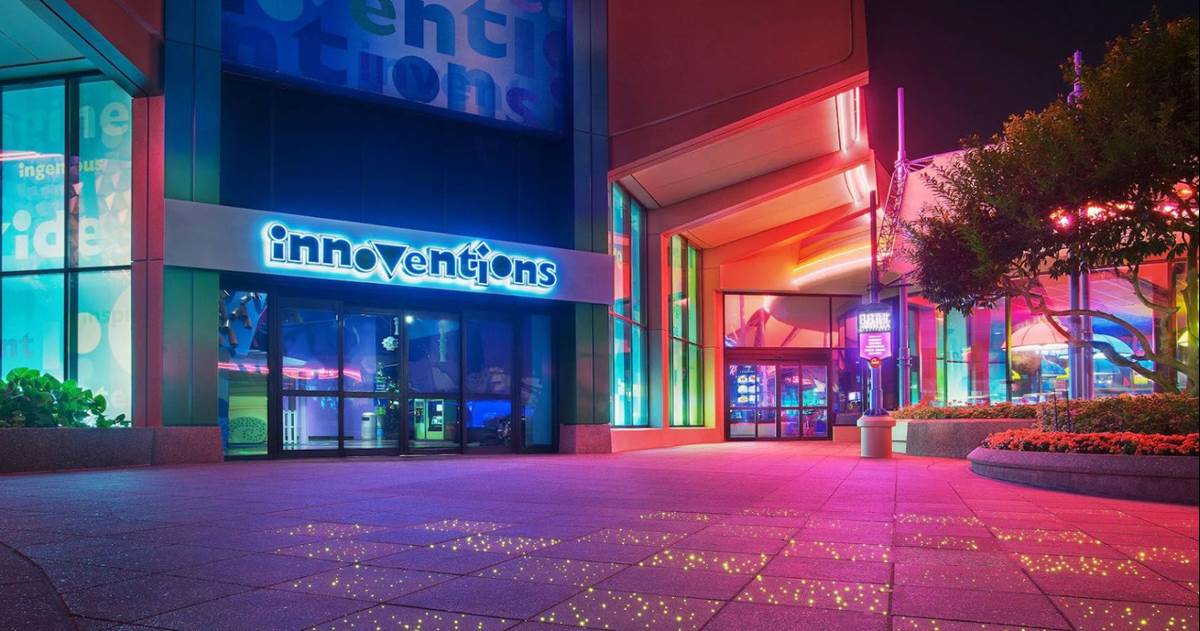 So with that, let’s countdown my Top 8 area music loops!

Volcano Bay features a wide variety of music you would expect to hear in a tropical or beach type setting. From the surf music of The Beach Boys and The Ventures, to modern and classic Hawaiian music, to random songs like “Under the Mango Tree” from the James Bond film Dr. No. There’s a lot of different music to hear. Leading up to the park itself, strong drum beats make way for a more relaxed beach music, that I believe is all original. Nothing truly relaxes me more than the music at Volcano Bay.

In 1980, Liberty Square at the Magic Kingdom received a new music loop, replacing the original Fife and Drum music that had played since opening in 1971. This particular music loop is very similar to what would also play at The American Adventure, but more specific to the timeframe of Liberty Square. It featured a wide variety of classic American songs, along with newer compositions from Disney mainstays George Bruns and Buddy Baker. This loop played all the way through 2010, when it was replaced by a loop featuring upbeat Sousa marching music that just did not fit the feel of Liberty Square anywhere near as well. Fortunately, the 1980 loop returned in 2018, but was once again replaced by the marches at some point in 2021. For a far more in-depth look at this beautiful music loop, check out this post from Passport to Dreams OId & New.

I’m talking specifically about the general World Showcase music, which features a medley of music that can be found all throughout the countries. This loop plays as you enter World Showcase from World Discovery, between Mexico and Canada, and then in the International Gateway. What is great about this, is that it’s still the same music loop from 1982, featuring some of the best bits of each country’s own music loop.

5. Port of Entry at Islands of Adventure

Universal put a lot of thought into the creation of the musical soundscapes of Islands of Adventure, none more so than with the entrance area, Port of Entry. As you enter the park, the music is mysterious and mystical, beckoning you to walk further into the park. You pass underneath the bridge, round the corner, and slowly the impressive skyline of the park is revealed, and as that happens, the music also gets epic. The “Call to Adventure” theme that plays in this area is a beautiful piece that never fails to get stuck in my head when I visit the park. Also adding wonderfully to Port of Entry’s soundscape are the voices you can hear talking from the balconies of the area.

A good portion of the music loops around most theme parks will switch over to a Christmas themed music loop for the holidays. One of the longest latesting, is the incredible Main Street Christmas loop, which has been around since the early 1970s. When you look deeply, the music doesn’t necessarily fit the turn of the century theme of Main Street, but there’s just something about it that feels so perfect. Featuring holiday standards recorded by mid-century stalwarts such as David Rose, Ed Sullivan and Lawrence Welk, this music is simultaneously calming, inspiring and joyous.

Debuting at the Magic Kingdom in 2003, and then a few years later at Disneyland, Tokyo Disneyland and Hong Kong Disneyland, the newest Tomorrowland music loop arranged by Dan Foliart is an absolute masterpiece. Digitally created with synths and otherworldly sounds, this loop combines original compositions with classic Tomorrowland songs, such as “There’s a Great Big Beautiful Tomorrow,” “The Best Time of Your Life,” and “If You Had Wings.” Nothing beats taking a ride on the Tomorrowland Transit Authority PeopleMover, sitting back, and listening to this incredible, inspiring music.

Speaking of inspiring, the now former EPCOT main entrance area music was just that. Originally debuting in 2001, it was updated in 2006 to include selections from Soarin’ and Mission: SPACE. The music was done in a pseudo electronic and orchestral style that is kind of hard to explain. It was however the perfect way to set the mood of entering EPCOT. Firstly, it was sure to put a pep in your step and make you want to keep walking towards Spaceship Earth. But it could also be inspiring, using medleys from many EPCOT attractions, such as Ellen’s Energy Adventure, The Living Seas and Honey, I Shrunk the Audience. Unfortunately, the loop was replaced in early 2021 by an all-new loop featuring music originally created for other projects. It certainly works for EPCOT, but I will always be nostalgic for the old loop.

This is it. The magnum opus of all Disney park music. Nothing has ever more perfectly encapsulated the feeling and emotion of an area than the fantastic Innoventions area music, which unfortunately played for the last time at EPCOT just before the Festival of the Holidays this past November. This loop originally debuted in 1994 along with the opening of Innoventions. The first half was an existing piece, entitled “Papillon (On The Wings of a Butterfly)” by David Arkenstone, while the rest was composed by Russell Brower and became known as the “Future World Theme.” I have memories going back as far as I can remember of walking through EPCOT, listening to these incredible pieces. Nothing would bring me more joy, and truly make me realize I was on vacation at Walt Disney World than hearing the “Future World Theme.” It was saddening for me when the hallway behind Club Cool closed, as that was the area I most associated with this music. Then slowly, but surely, we lost all of it, until today, where the new main entrance loop plays throughout most of the former Future World. Luckily, thanks to YouTube, I can still listen to this incredible 19 minute experience whenever I want.

I hope you all enjoyed this ranking of my Top 8 area music loops. If you want to see some more theme park rankings, feel free to check out some of my other “Ranked” articles listed below: