Welcome back to another edition of “Ranked” here on Laughing Place. We’re switching things up a bit this time, as I’m going to count down my Top 10 extinct attractions at both theme parks of the Universal Orlando Resort. We’ll be looking at the crème de la crème of Universal’s past. So with that, let’s countdown my Top 10 extinct attractions at Universal Orlando! We’re going to start things off with one of the least remarkable extinct attractions, at least by modern standards, and that’s Twister… Ride It Out. This attraction from the late 1990s stuck to Universal’s early days of movie-making magic by putting you on the set of Twister to feel what a real tornado might feel like. However, even though the word “ride” was in the name, this was just a walk-through experience. The experience is perhaps most infamous for the chemistry, or lack thereof between co-stars Bill Paxton and Helen Hunt in the pre-show, who hated each other so much that their scenes had to be filmed separately, and boy can you tell!

Using the same motion simulator ride system as its predecessor and successor, Jimmy Neutron’s Nicktoon Blast was a fun journey through various animated Nickelodeon shows from the early 2000s. As I was just a kid at that time, being able to see some of these characters all together in a simulated experience was a lot of fun for a young Luke!

8. The Funtastic World of Hanna-Barbera 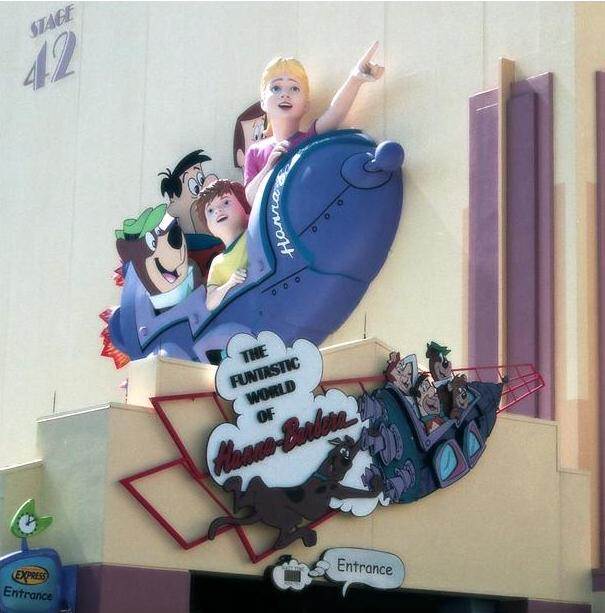 The Funtastic World of Hanna-Barbera was the original attraction to call Stage 42 home, and had an extremely similar premise to Jimmy Neutron’s Nicktoon Blast. Just replace the Nickelodeon characters with the Hanna-Barbera classics, such as Scooby-Doo, The Flintstones and The Jetsons. While my memories are less vivid of this attraction than the former, I still remember thoroughly enjoying it, especially as I quite liked watching old Hanna-Barbera shows growing up. Nickelodeon of the early 1990s is something that has become so iconic to the generation that grew up with it, and part of that was down to the existence of Nickelodeon Studios at Universal Studios Florida. Not only could you tour the studios where some of your favorite comedies and game shows were filmed, but you might even be able to see the shows being taped as you went through your tour. Sadly, the years were not kind to this experience, as Nickelodeon slowly moved its production studios out west to Hollywood and the attraction at Universal became a shell of its former self, before finally closing in 2005.

6. Disaster! / Earthquake: The Big One 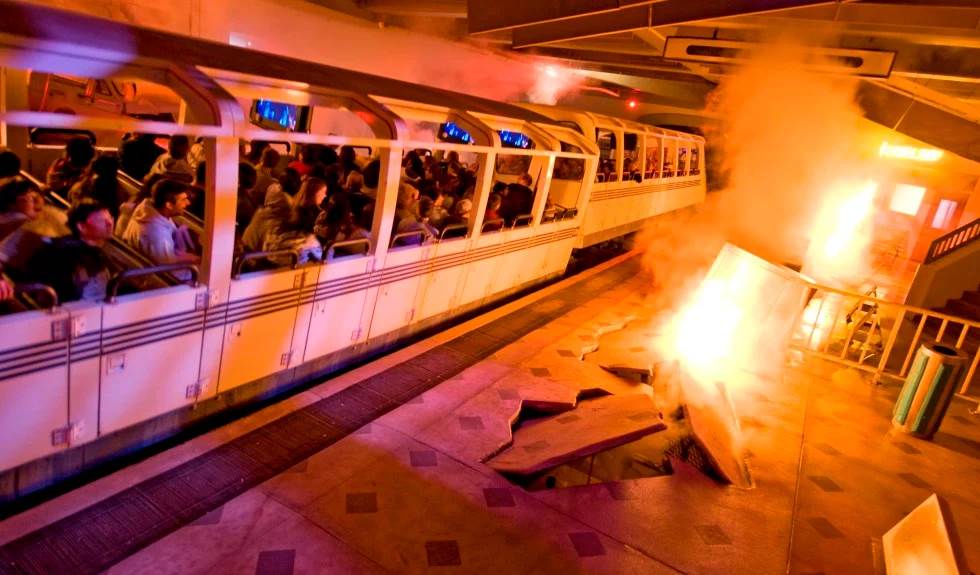 Another iconic attraction from the early days of Universal Studios was Earthquake: The Big One, which took the scene from the Universal Hollywood Tram Tour and fleshed it out to an entire attraction. However, just like its successor (Fast & the Furious), Earthquake was essentially just the same experience as on the Tram Tour, at least the ride was. There were a few pre-show scenes that played into the movie-making side of things. I do think Earthquake still works better as part of the Tram Tour, however. Jaws was an attraction that was infamous for its operational woes when Universal Studios Florida first opened. So much so, that the ride had to be heavily reimagined and was closed for the better part of 2 years. Think of Jaws as Universal’s version of the Jungle Cruise, with a witty skipper taking you out for a nice cruise. However, instead of looking at peaceful characters, Jaws is trying to rip your boat to shreds! This was a really great, effects heavy boat ride, something that Universal is lacking at the moment. I do think on the whole, that Diagon Alley is a worthy replacement, and certainly a better use of the space. But if you miss Jaws as I do, and you can make it out to Universal Studios Japan, then you can still experience the attraction there today! Sadly, I only had the chance to experience Dragon Challenge once, as I was a bit of a wimp when it came to roller coasters in my youth. I rode the Hungarian Horntail, which was the slightly less tall and slower of the two dueling coasters. I’m a big fan of this type of coaster now, so Dragon Challenge, however it is plain to see that Hagrid’s Magical Creatures Motorbike Adventure is a worthy successor, being both thrilling and much better themed to the surrounding area than Dragon Challenge ever was. Ever since I was 5 or 6 years old, I have loved Terminator 2 3-D. Part of that stems from my equal enjoyment of the first two Terminator films, but I also just really liked 3-D shows as a kid. This was one of the most impressive ever created, combining physical setpieces, animatronics, live actors and multiple screens into a one-of-a-kind sensory experience. The show’s replacement, The Bourne Stuntacular, does continue down that same path of innovation, but I don’t hold any attachment to the Bourne franchise as I do with The Terminator. 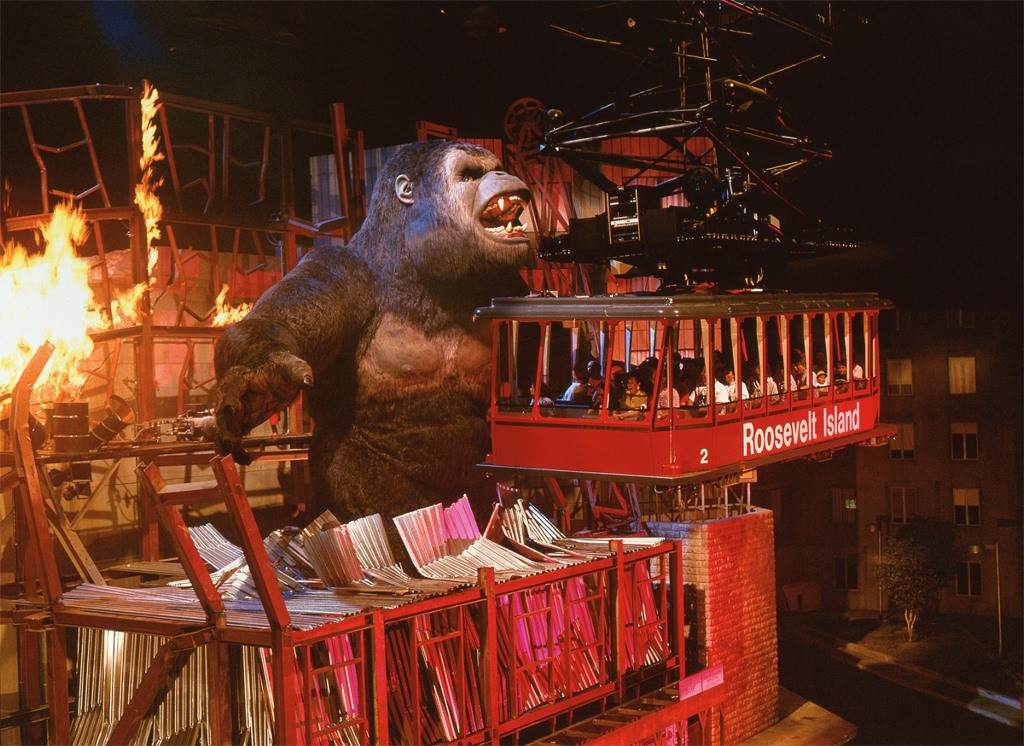 Kongfrontation is a ride that I know I was able to ride, but sadly do not have any memories of. For an attraction built in 1990, it’s absolutely incredible what the designers were able to accomplish. In fact, I think it’s a ride that would still hold up today. Luckily, a spiritual successor next door at Islands of Adventure, Skull Island: Reign of Kong, now exists to give us a more modern take on the character. However, I still miss the truly epic, New York-based experience of Kongfrontation. 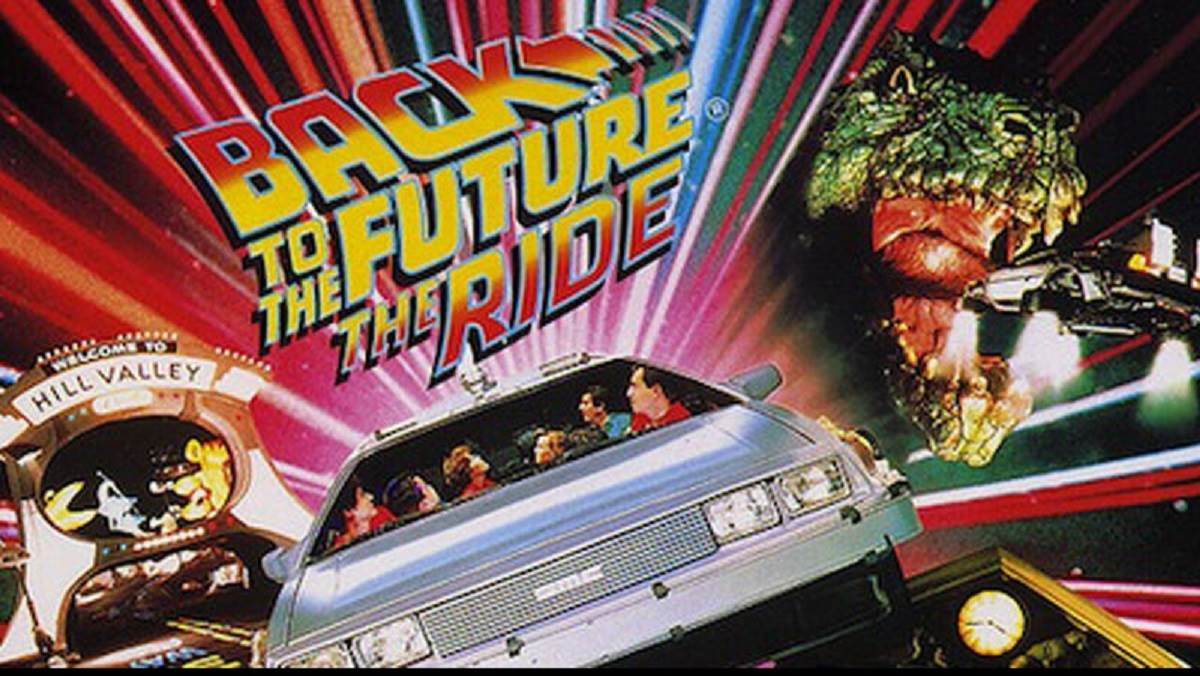 I hope you all enjoyed this ranking of the Top 10 extinct attractions at the Universal Orlando Resort. If you want to see some more theme park rankings, feel free to check out my “Ranked” looking at the current attractions that can be found at all of the stateside Universal parks: