SeaWorld San Diego’s biggest coaster ever is set to finally open on March 12th, after two years of delays due to the COVID-19 pandemic. Originally announced as Mako in 2019, Emperor is California’s tallest, fastest, and longest dive coaster. We got a chance to preview this new beast of a coaster yesterday at the park. 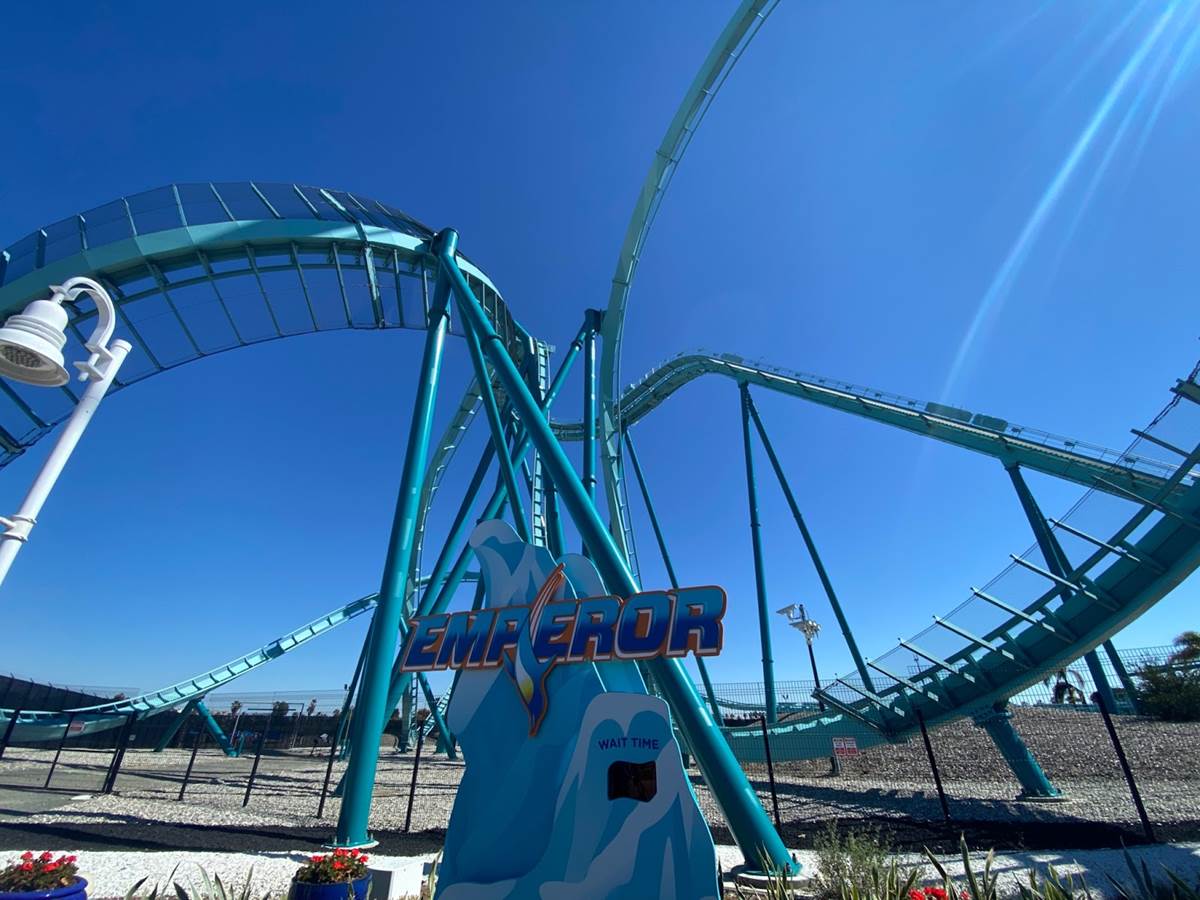 On Emperor, you’ll plunge 90 degrees and soar up to 60 miles per hour through exhilarating loops on this exciting Emperor penguin-inspired thrill ride. 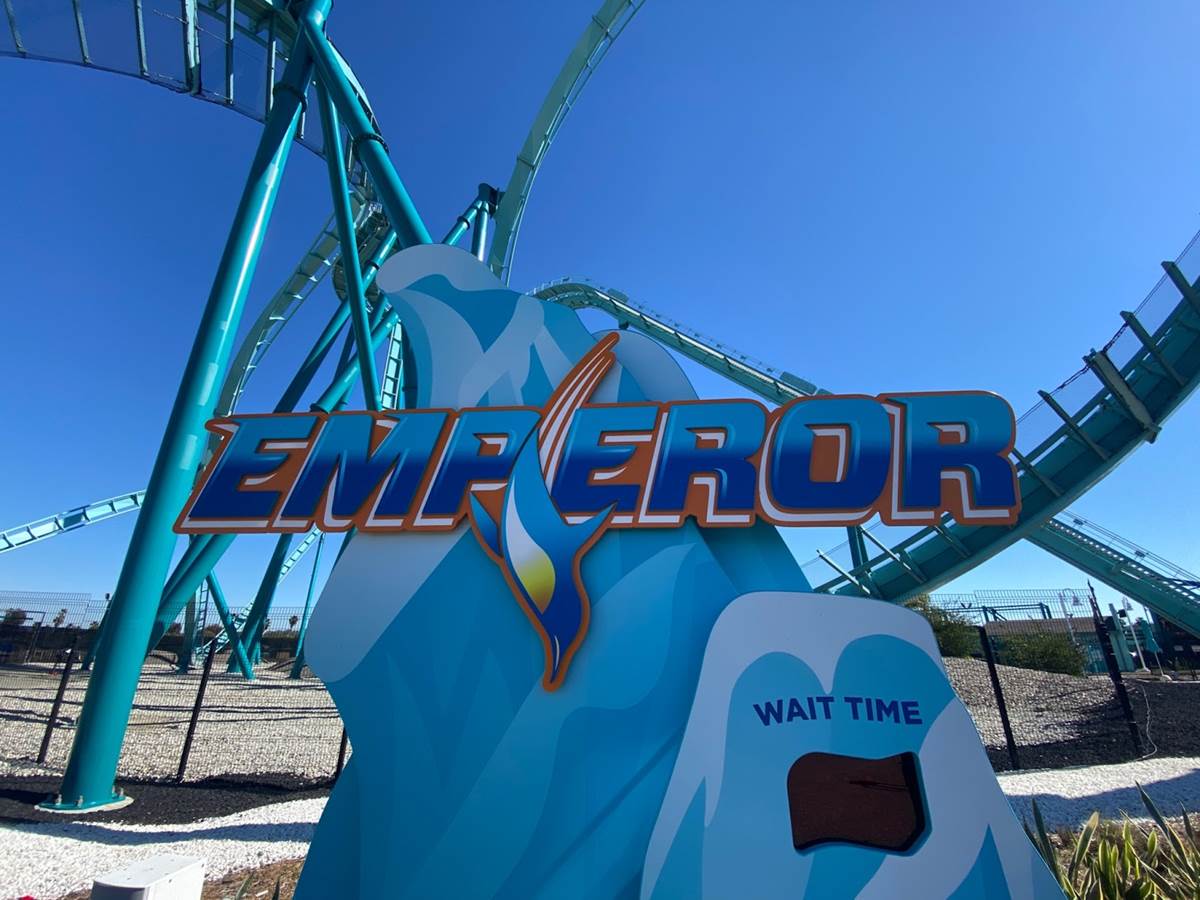 The ride was constructed on a former section of the parking lot and is located near Journey to Atlantis. 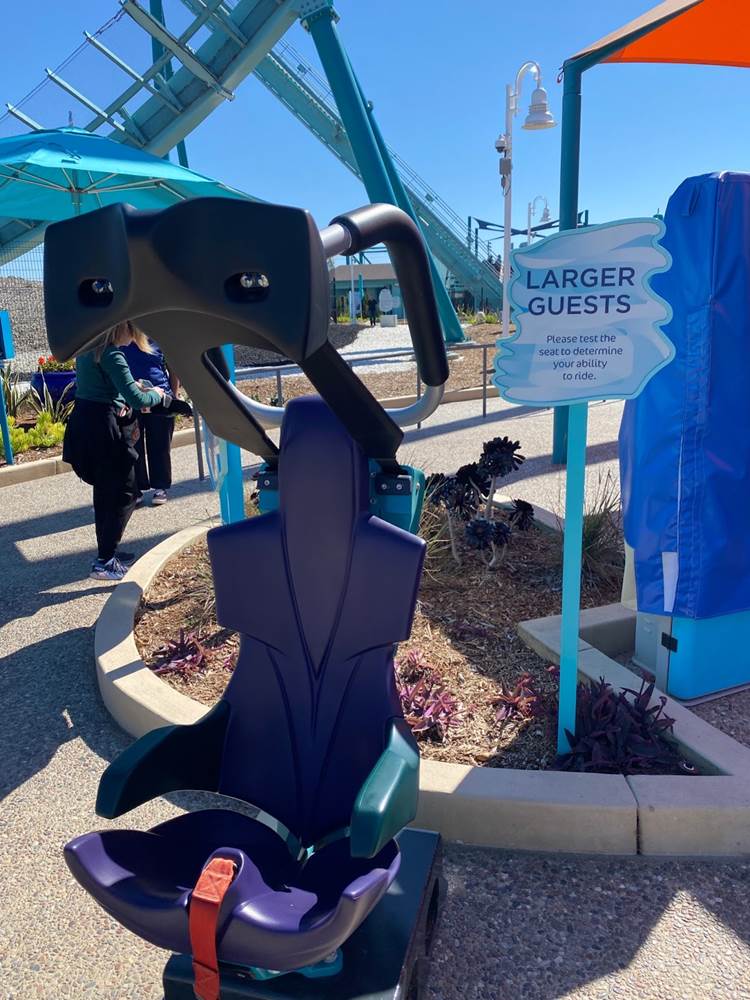 Right outside the entrance is a test seat for larger guests to see if they’ll fit prior to boarding. If you’ve visited Busch Gardens Tampa Bay, Emperor is a slightly smaller version of SheiKra at that park, standing at only 150 feet due to San Diego height restrictions. 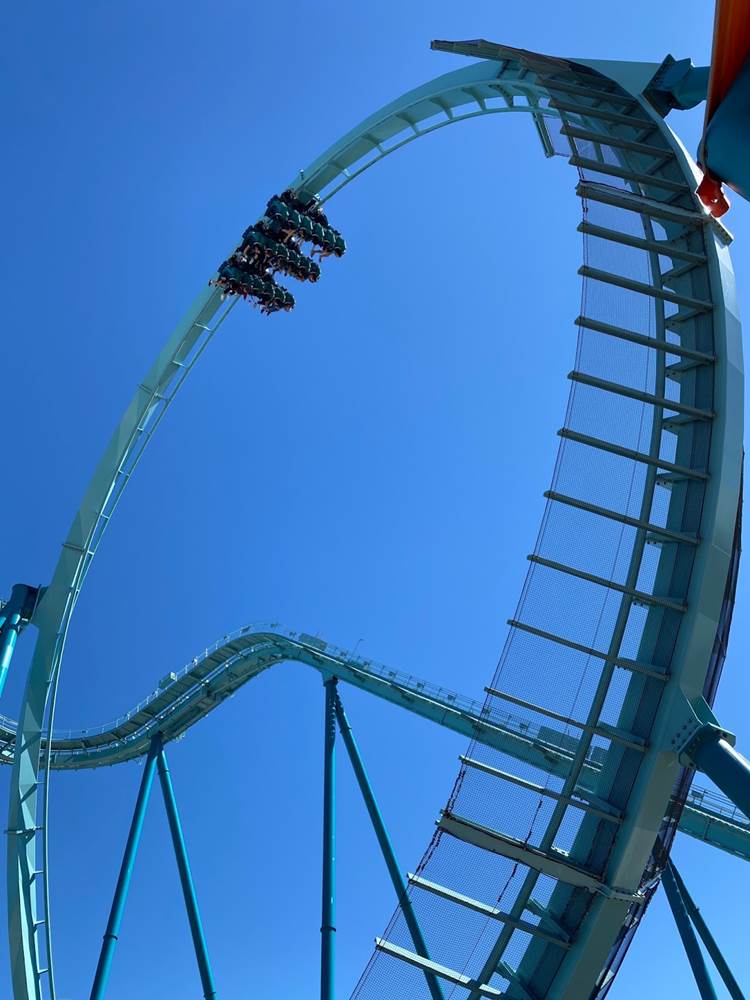 I really enjoyed Emperor! It’s definitely the biggest coaster addition in the San Diego park’s history and it’s part of the chain’s continuing effort to evolve their image away from purely animal-based and more towards thrill attractions. Just across from the entrance to the attraction is a small merchandise cart filled with plenty of Emperor-themed merchandise. This water bottle retails for $19.99. Just the one Emperor grand opening T-Shirt, retailing for $26.99. There are also a series of Emperor pins, two of which are Pass Member exclusives. 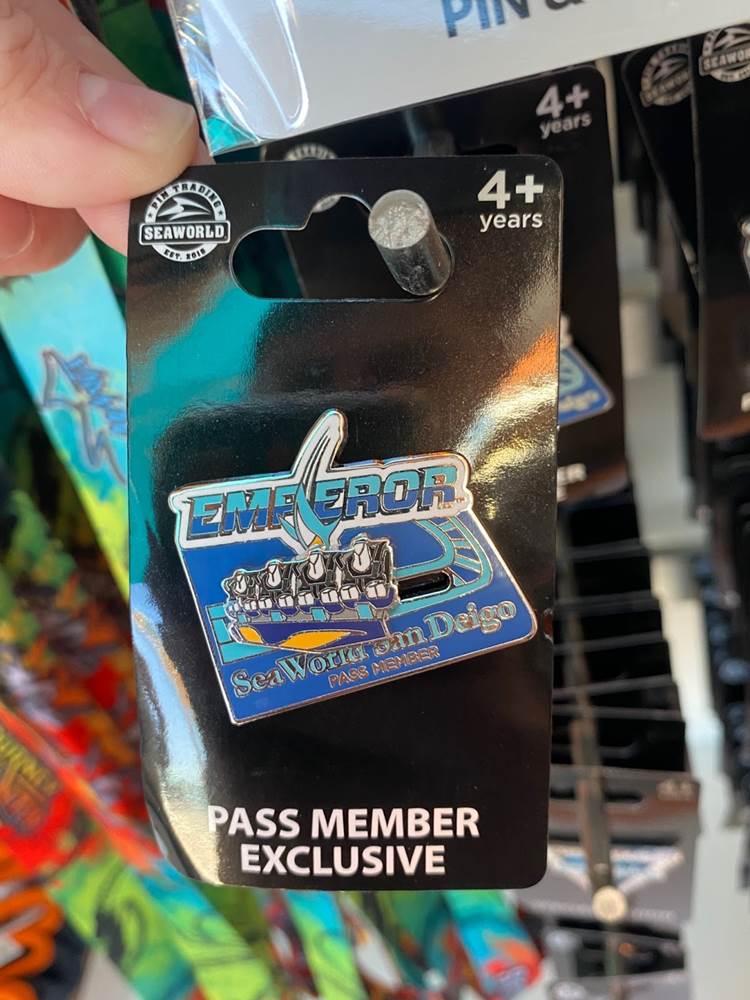 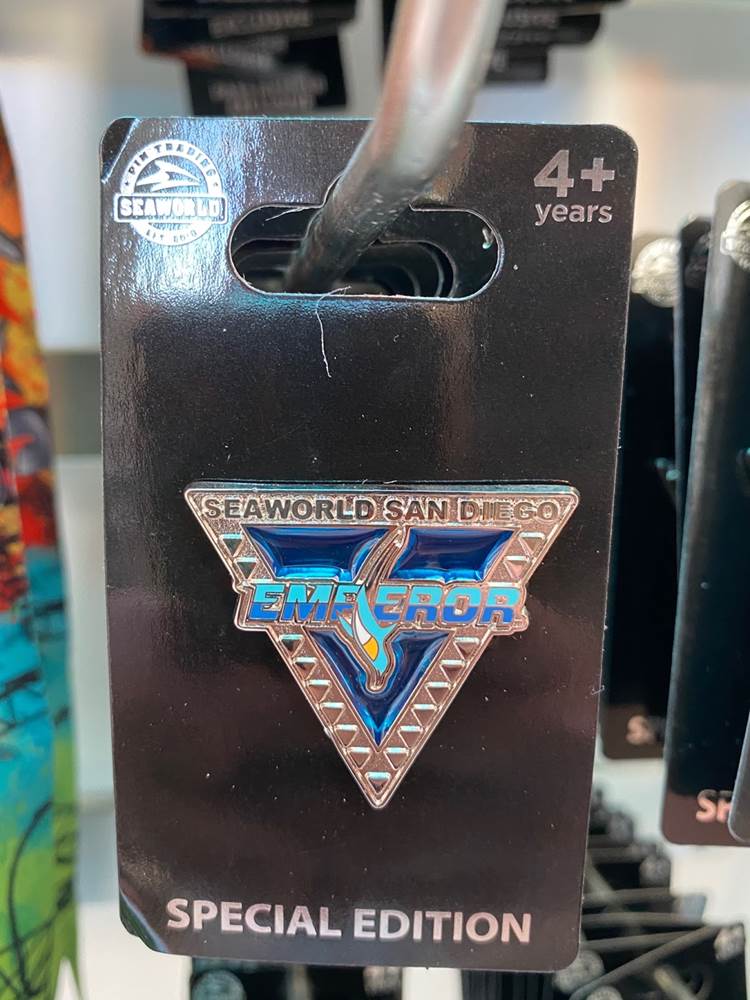 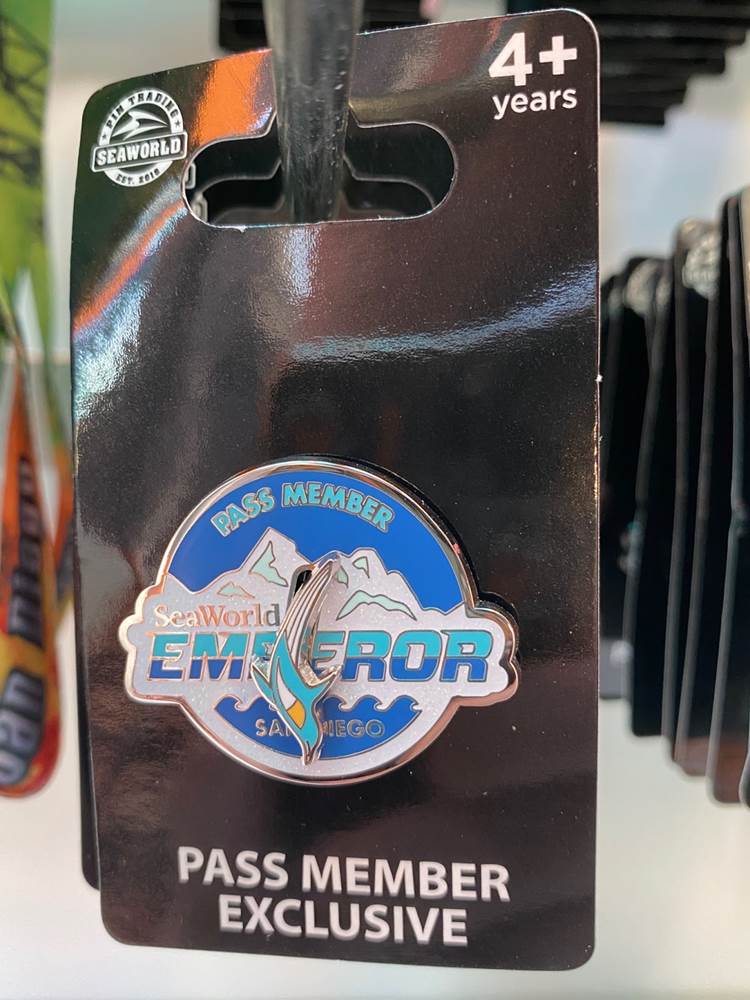 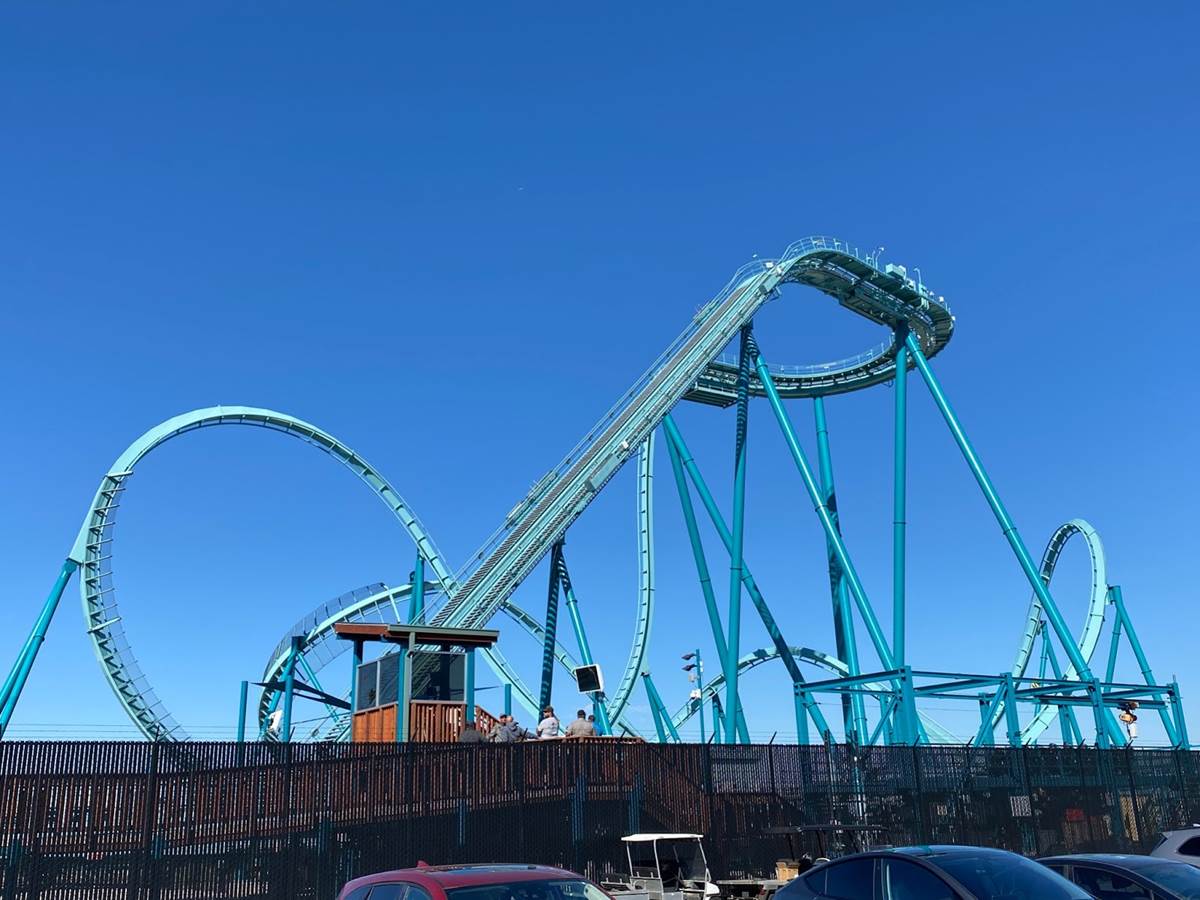 A look at Emperor from SeaWorld’s parking lot. At the entrance to SeaWorld San Diego itself is this advertisement for Emperor describing all of the coaster’s elements.