With Marvel Studios officially entering the animation space in 2021 with What If…? and continuing this year through I Am Groot, it was fitting that they appeared at this year’s LightBox Expo. From having a recruitment booth on the show floor to hosting multiple panels throughout the weekend, there were no shortage of opportunities to hear about the types of jobs available to artists at Marvel Studios. Among them was “Marvel Studios’ Journey Into Imagination,” featuring What If…? director Bryan Andrews and I Am Groot director Kirsten Lepore, moderated by Alex Scharf. The panel went back and forth between the two shows, but for this recap, I’ve chosen to group the recap by series. Bryan Andrews’ journey to becoming the director of What If…? began with his higher education pursuits at CalArts where his upperclassmen became the group that flipped the animation industry on its head at Pixar. With a specialty in storyboards, Bryan eventually migrated away from animation into live-action where he joined Marvel Studios on their very first film, Iron Man. So when it was decided that the studio would move forward with an animated anthology series steeped in the MCU, there was nobody better suited for the job. With a love of both Marvel Comics and anthology shows like The Twilight Zone, Bryan quickly got to work creating 30 concepts for the series, including some that have yet to be tackled (Black Panther with the Eye of Agamoto, Loki worthy enough to wield Mjolnir, and Steve Rogers as the Winter Soldier were examples given). Kevin Feige was hands-on with narrowing the list of options down, but couldn’t get past 14, leaving it up to Bryan to ultimately determine what would move forward in the show’s introductory season of 9 episodes.

One of the highlights of working on What If…? for Bryan has been working with the A-List stars from the MCU. Chadwick Boseman was the first MCU actor to sign on for the series, reprising his role as T’Challah in an episode that has the young prince of Wakanda being abducted by aliens and becoming Star Lord instead of Peter Quill. As a trained actor, Chadwick brought a level of professionalism to the recording sessions that blew Bryan away, even improvising some lines that made T’Challah more humorous than he could be with the weight of being king on his shoulders. Chadwick had such a good time playing this version of T’Challah that he reportedly met with Ryan Coogler about giving him more comedy moments in the planned sequel to Black Panther before his prognosis took a fast turn. Bryan also talked about his astonishment at recording Cate Blanchett as Hela for an upcoming episode in Season 2, promising that it will be Hela as you’ve never seen her before.

Plans to give each episode of the series its own distinct style were scrapped due to budget constraints, so Bryan looked to one of his sources of artistic inspiration – J.C. Leyendecker, a predecessor of Norman Rockwell at The Saturday Evening Post. It turned out that Ryan Meinerding, head of visual development for Marvel Studios, was also a big Leyendecker fan and, with a style to emulate in mind, the series moved further into development. For the sake of both time and budget, the visual language of the series also took some queues from film noire, with dimly lit sets to ease the burden on background artists and set designers.

The consistent character across the series, The Watcher, was another challenge to get right. Bryan wanted to move away from the “big white man baby” image and had a voice in mind – Jeffrey Wright. The actor took a little convincing to come on board, but with a son who loves Marvel Comics, Bryan’s invitation for the two of them to visit Marvel Studios helped seal the deal. “He is The Watcher officially, in more ways than one,” Bryan said.

Having worked on storyboards for so many MCU films, one of Bryan’s goals for the show was to give each character an iconic theme. He confessed that Marvel Studios got better at this as they went, but regretted that The Avengers didn’t have instantly recognizable hero themes for each character to pull from. He praised series composer Laura Karpman’s work, pointing out themes written for Captain Carter and Infinity Ultron as examples of how he wished the MCU approached character themes from the beginning.

A teaser for Season 2 of What If…? was shown at San Diego Comic-Con and while Bryan wasn’t able to show it at LightBox Expo, he did give us some teases of what to expect. “I don’t know what I’m allowed to share,” he laughed after mentioning a 1988 iteration of The Avengers, teasing that it’s exciting to see who would be on that team. In addition to an episode with Hela, he also said that the season premiere picks up right where the Season 1 finale left off. 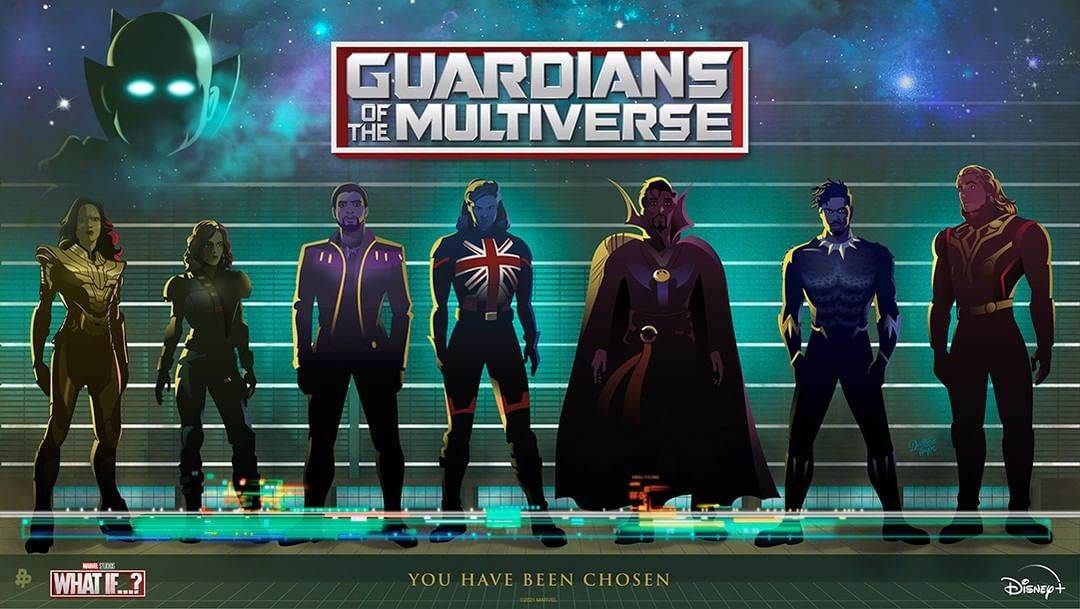 As the daughter of a music teacher, Kirsten Lepore got to combine her love of music and animation on I Am Groot, although it was stop motion that got her interested in the industry. Having created self-made and independent stop-motion projects that specialized in small scale (including Marcel the Shell with Shoes On), her work caught the attention of Marvel Studios’ Brad Winderbaum, head of streaming, television, and animation. With an invitation to give her pitch for what a Baby Groot series would be, Kirsten soon found herself full of anxiety while presenting to Kevin Feige. As the mother of a toddler, Kirsten envisioned the show for an all-ages audience and knew that a short-form series not only allowed for the episodes to be more digestible to younger viewers, but would also be easier given the lead character’s limited vocabulary.

Having primarily worked with pantomimed characters, writing for Groot was no problem for Kirsten. She took Guardians of the Galaxy director James Gunn’s advice and translated every “I am Groot” line for actor Vin Diesel, who impressed her with his ability to not only deliver every take differently, but also do all of Groot’s laughs, grunts, and a cornucopia of adorable noises. Jame Gunn referred to Groot as a “Bad baby” and, knowing firsthand that children are not always angels, Kirsten had a lot of fun adding mischief for Groot to get into while striking a balance that still kept him lovable and endearing.

Leading a team of animators from different vendors, Kirsten had to write the rules for animating this version of Baby Groot. The trailer for Pixar’s Turning Red came out during production and became a huge source of inspiration, with a jerkier style aimed more at striking funny poses than fluid motion. It became the hallmark of the series, with Groot’s wild poses creating some of the biggest laughs.

Playing in the Guardians of the Galaxy sandbox, Kirsten brought the musical sensibilities instilled in her from her mother to the series. The score includes needle drops and Kirsten chose to focus on world music from the 60s and 70s, settling on tracks that Peter Quill could’ve conceivably had on a cassette tape somewhere, but picking songs that were unlikely to be fodder for future films from James Gunn.

While I Am Groot may be Kirsten Lepore’s first major studio project, she couldn’t have imagined a more supportive experience. It’s the biggest budget she’s ever worked with, and she was also surprised by the creative freedom and trust from Marvel Studios' leadership. “The support has been the best!” With a second batch of episodes on the way, Kirsten teased that they will be even more fun than the shorts currently streaming on Disney+. 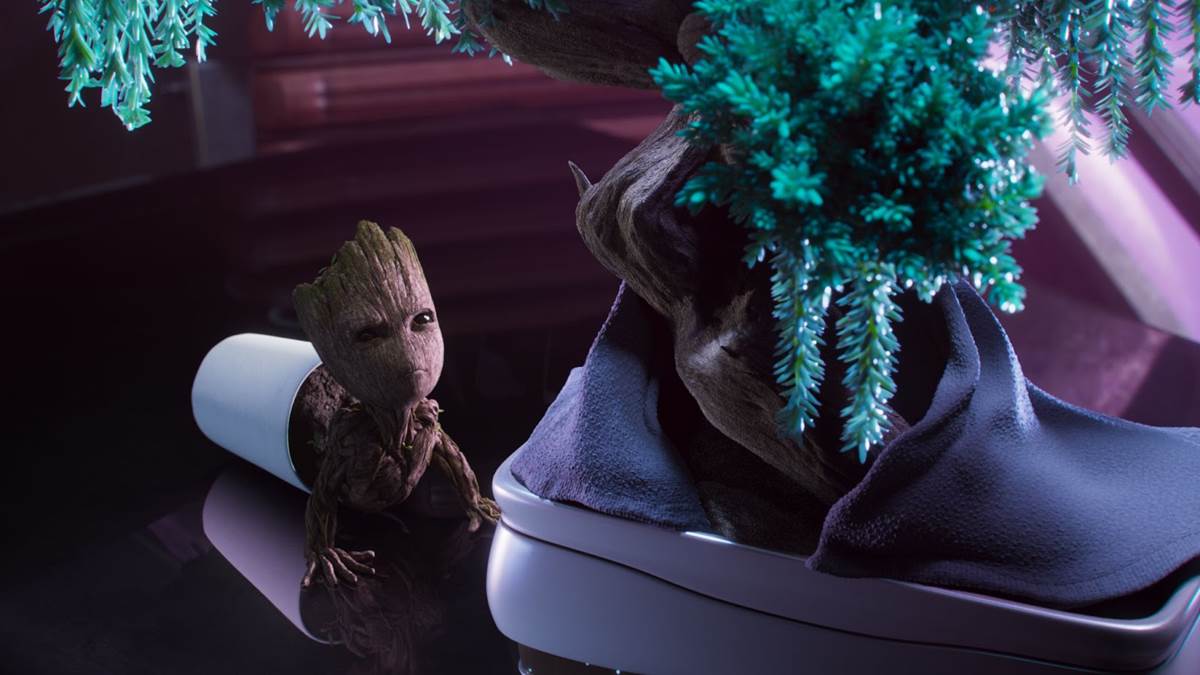 Stay tuned to Laughing Place for news related to both What If…? and I Am Groot in addition to all things Marvel, like today’s release of the first trailer for Ant-Man and the Wasp: Quantumania.

Visit LightBoxExpo.com to learn more about the annual event held in Pasadena and how you can attend next year.