Although Pixar Pier officially opens at Disney California Adventure tomorrow, there are a few areas of the updated land that won’t be opening just yet. Among them is the planned Inside Out neighborhood that will arrive in 2019 with the ride Inside Out Emotional Whirlwind. 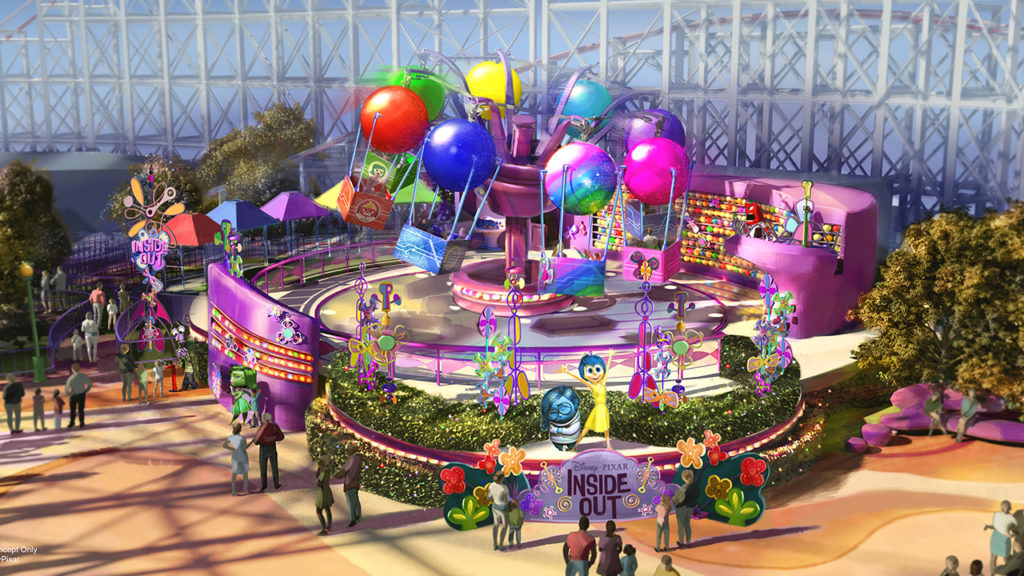