Well, it finally happened! After 13 weeks at the box office, Marvel’s Avengers: Endgame bested Avatar as the worldwide highest grossing film of all time (before adjusting for inflation, of course). 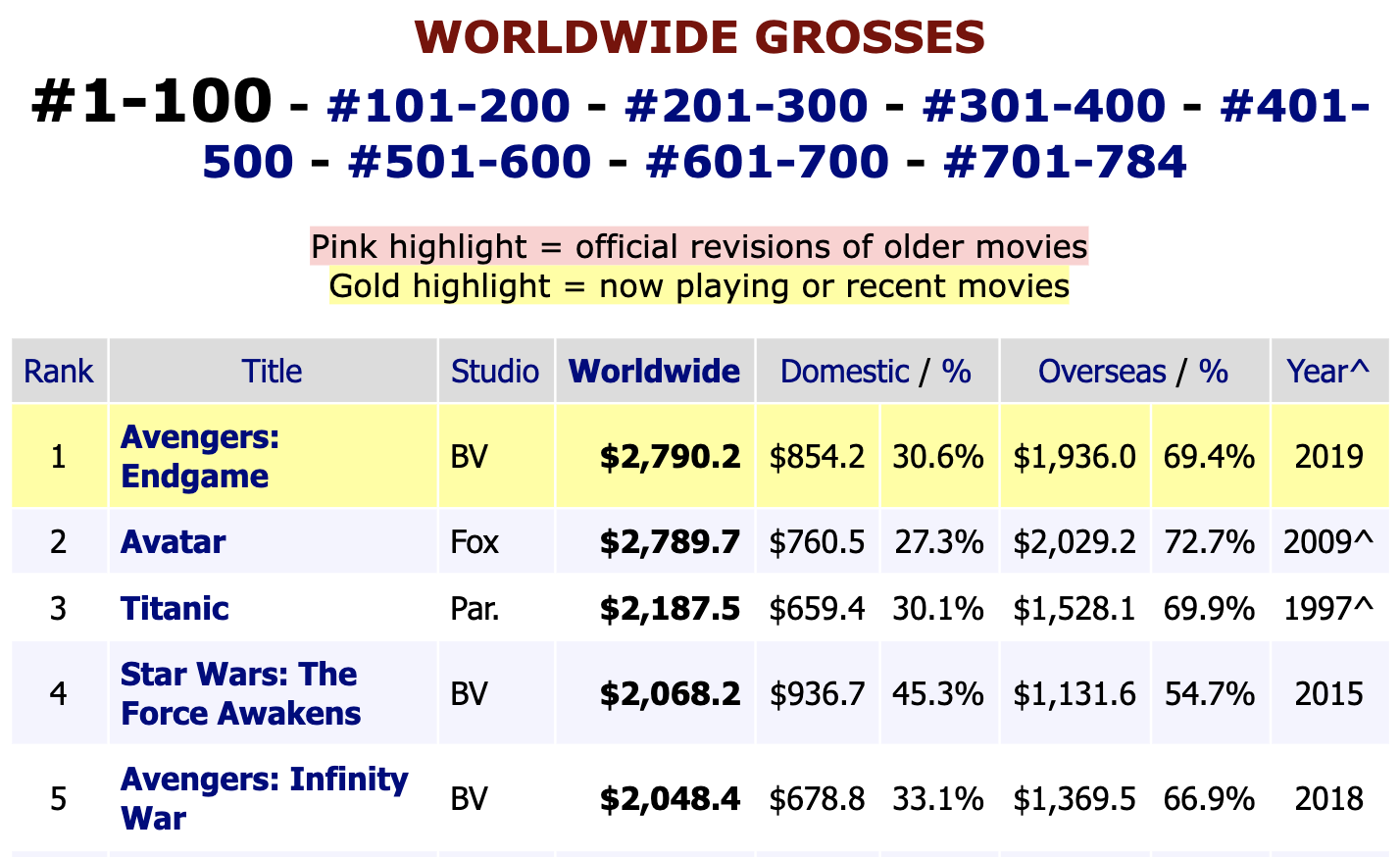