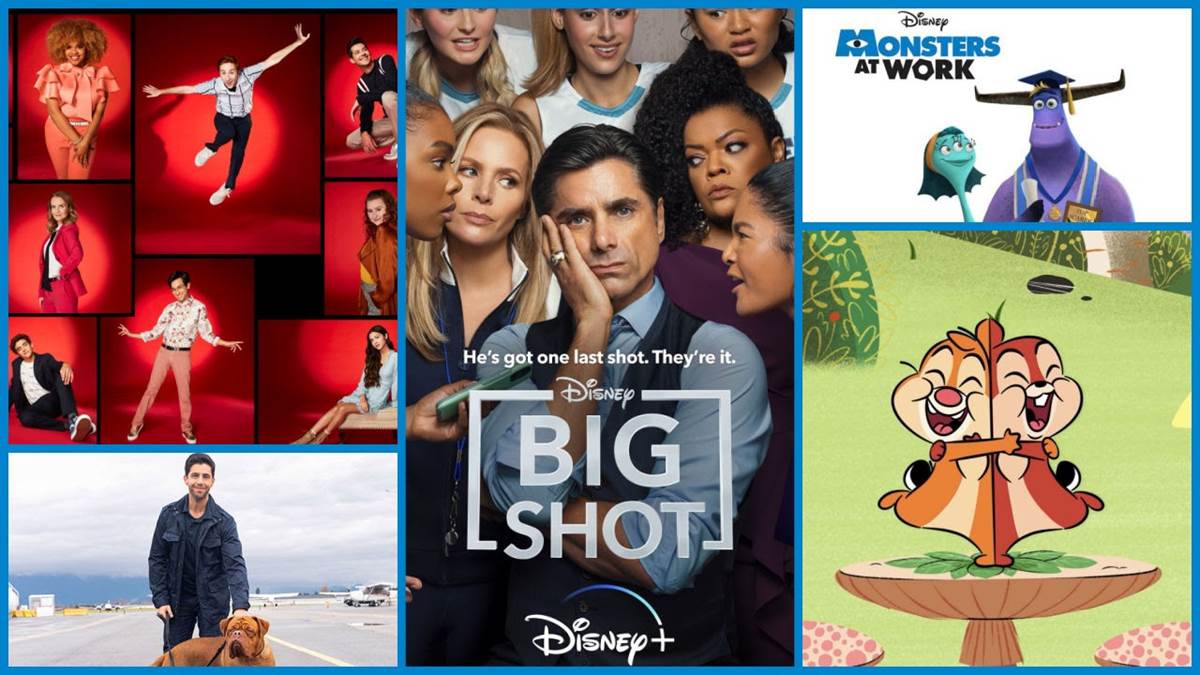 Disney+ just revealed premiere dates for upcoming original films and series through July, including the highly anticipated second season of High School Musical: The Musical: The Series. Here’s a look at what’s coming soon and a brief synopsis of each. “In present day Minnesota, the Mighty Ducks have evolved from scrappy underdogs to an ultra-competitive, powerhouse youth hockey team. After 12-year-old Evan (Noon) is unceremoniously cut from the Ducks, he and his mom Alex (Graham) set out to build their own ragtag team of misfits to challenge the cutthroat, win-at-all-costs culture of competitive youth sports.” “The series follows a temperamental college basketball coach who gets fired from his job and must take a teaching and coaching job at an elite all-girls private high school. Big Shot stars John Stamos and an ensemble cast of up-and-coming actors alongside Yvette Nicole Brown.” 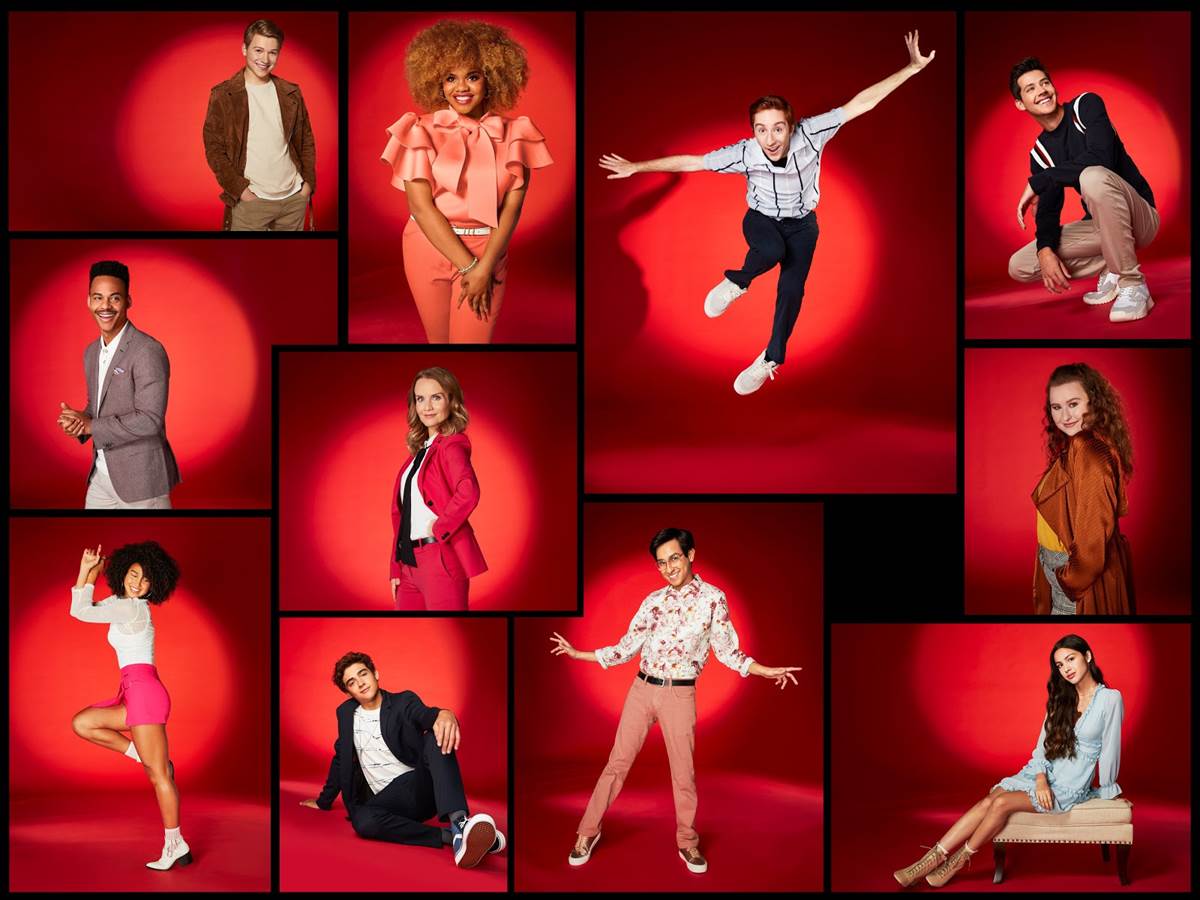 “In season two, the East High Wildcats, who are preparing to perform Beauty and the Beast as their spring musical, face off against rival school North High to win a prestigious and cutthroat student theater competition. Wigs are snatched, loyalties are tested, and ballads are belted. The season also features brand-new solos written by Olivia Rodrigo and Joshua Bassett.” 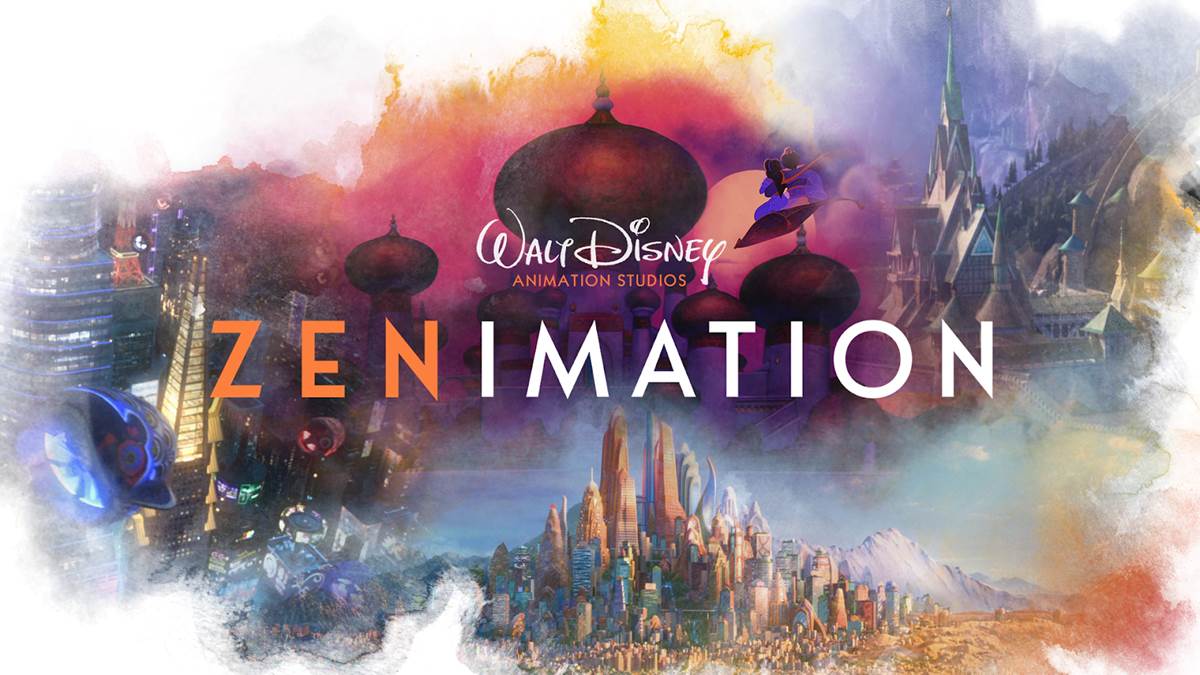 “Zenimation, the series that creates a mindfulness soundscape experience with scenes from the timeless films of Walt Disney Animation Studios returns for a second season June 11 with all-new episodes. Season 2 features moments from over eight decades of acclaimed films – including scenes from Disney’s first feature “Snow White and the Seven Dwarfs” all the way through to the Studios’ latest, anticipated animated film, “Raya and the Last Dragon.” Unplug, relax, and refresh your senses with an aural experience like no other as “Zenimation” pays tribute to both the visual and sound artists who have created Disney Animation’s legacy of films. Created and edited by David Bess. Executive produced by Amy Astley. From Walt Disney Animation Studios.” "Based on the best-selling novel, The Mysterious Benedict Society is the tale of four gifted orphans who are recruited by an eccentric benefactor to go on a secret mission. Placed undercover at a boarding school known as The Institute, they must foil a nefarious plot with global ramifications, while creating a new sort of family along the way." “Billy Crystal and John Goodman will reprise their beloved roles as Mike and Sulley in Monsters At Work, a new animated series for families set to premiere on Disney+ in 2021. Produced by Disney Television Animation and inspired by the world of Disney and Pixar’s Academy Award-winning “Monsters, Inc.,” the series picks up six months after the original movie’s story, with the Monsters, Inc. power plant now harvesting the laughter of children to fuel the city of Monstropolis, thanks to Mike and Sulley’s discovery that laughter generates ten times more energy than screams.” 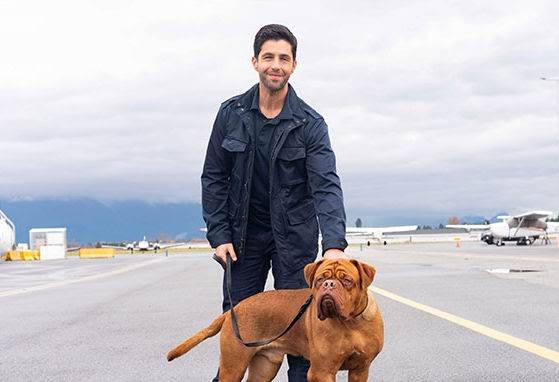 “When an ambitious, buttoned-up US Marshal inherits a big unruly dog, he soon realizes the dog he didn’t want may be the partner he needs. Turner & Hooch stars Josh Peck as Scott Turner, son of Detective Scott Turner portrayed by Tom Hanks in the 1989 film of the same name.” “Chip ‘N’ Dale: Park Life follows two tiny troublemakers trying to live the good life in a big city park while having giant-sized, sky-high adventures. Disney’s beloved chipmunks, nervous worrier Chip and laid-back dreamer Dale, make the perfect odd couple. They’re best buddies and they drive each other nuts! In their perpetual pursuit of acorns, these ultimate underdogs are joined by Pluto, Butch and other iconic Disney characters as they face down bullies great and small. Combining classic-style cartoon comedy with contemporary storytelling, the 36 seven-minute episodes are directed by Jean Cayrol and produced by Marc du Pontavice at Xilam Animation.”

March 19 – The Falcon and The Winter Soldier