Walt Disney World has shared a video and photos of the central floating platform installed on World Showcase Lagoon in EPCOT for the upcoming nighttime spectacular Harmonious, which doesn’t yet have an opening date. 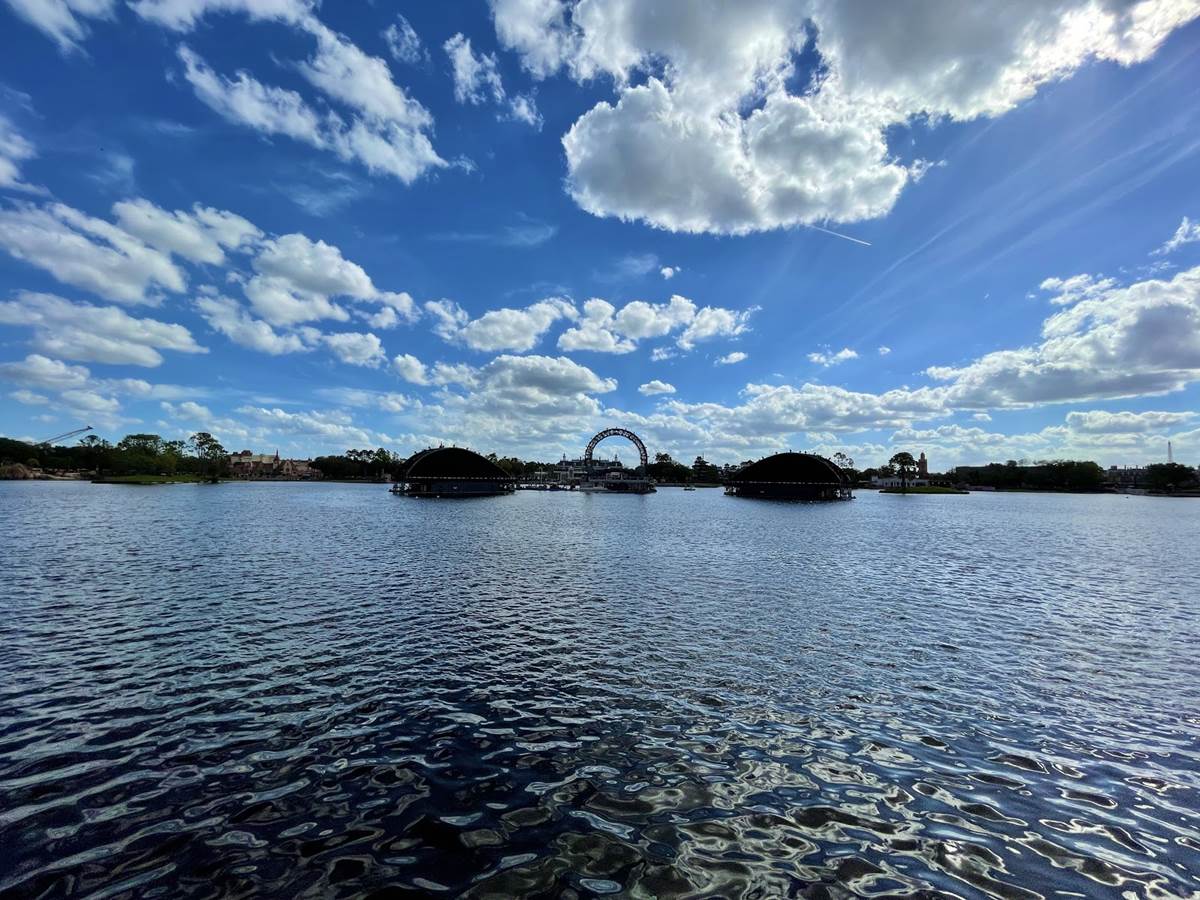 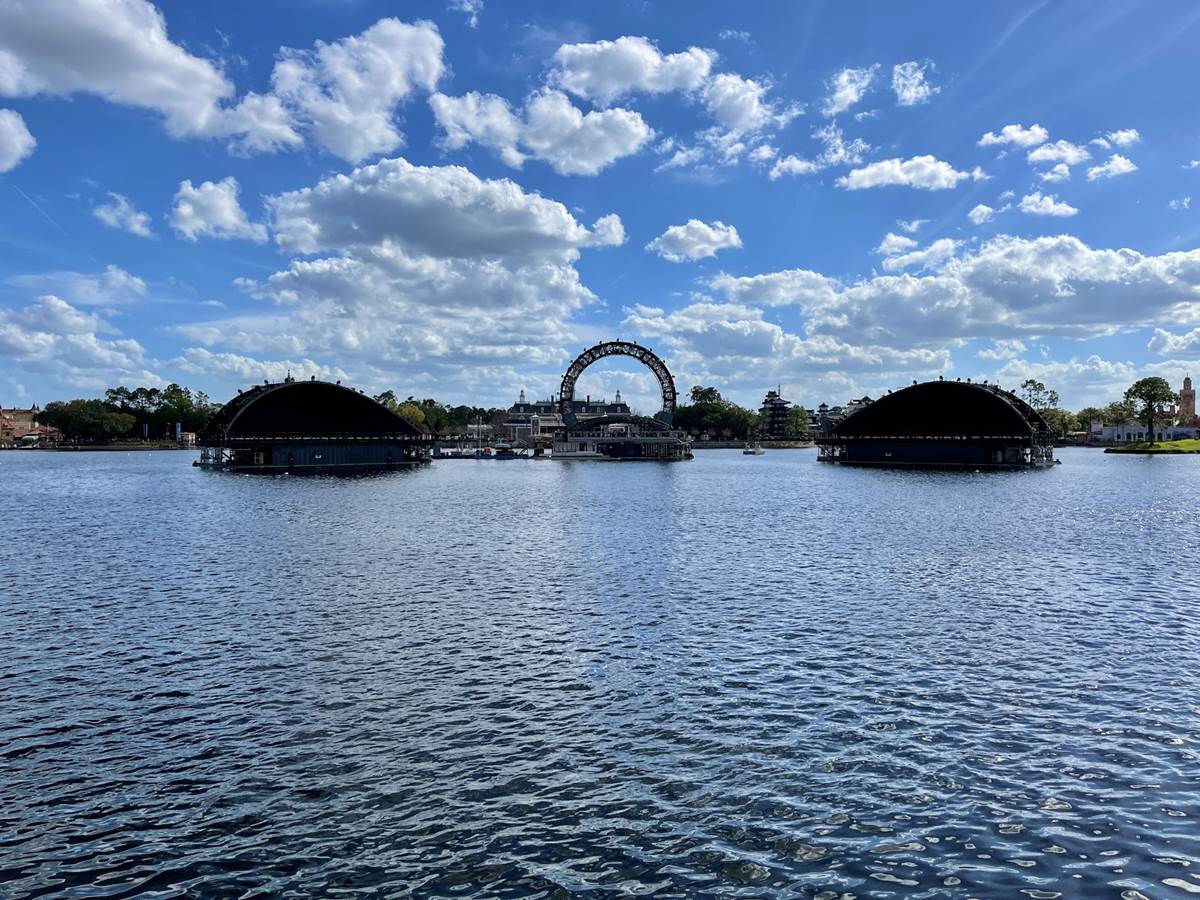 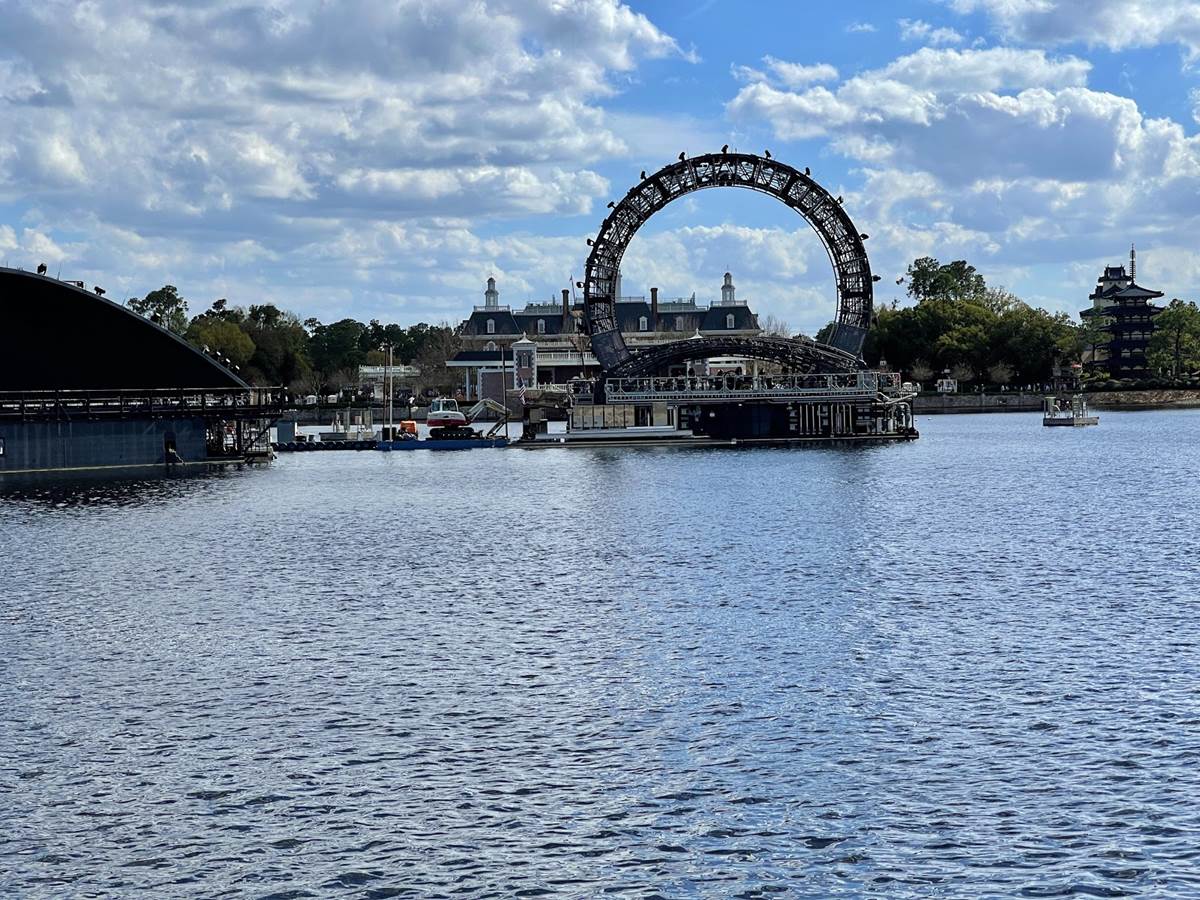 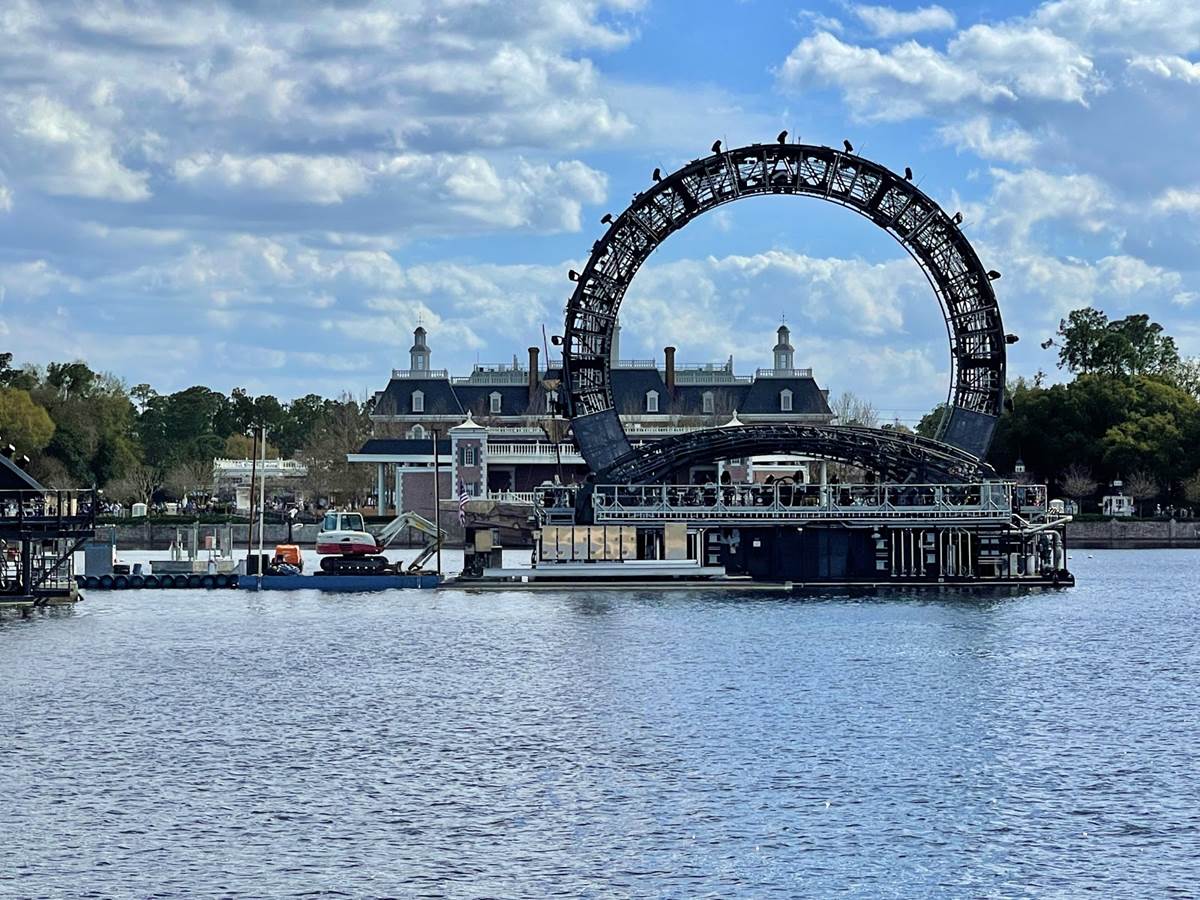 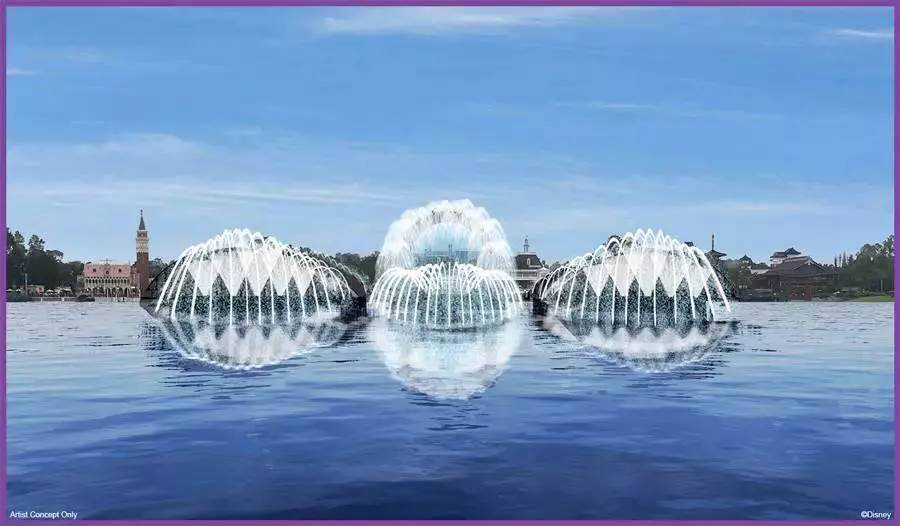