We’re taking a little time today to “Celebrate the future” of EPCOT with a look at some construction updates throughout the park. There’s “New Horizons for you and for me,” so let’s check them out! Disney previously announced that the walls around the new main entrance fountain, which pays homage to the 1982 original, would be coming down before the end of 2020. There’s just 19 days left in the year, but we’re riding high on Walt Disney’s optimistic spirit and looking forward to the new lighting features teased during D23’s Fantastic Worlds event. 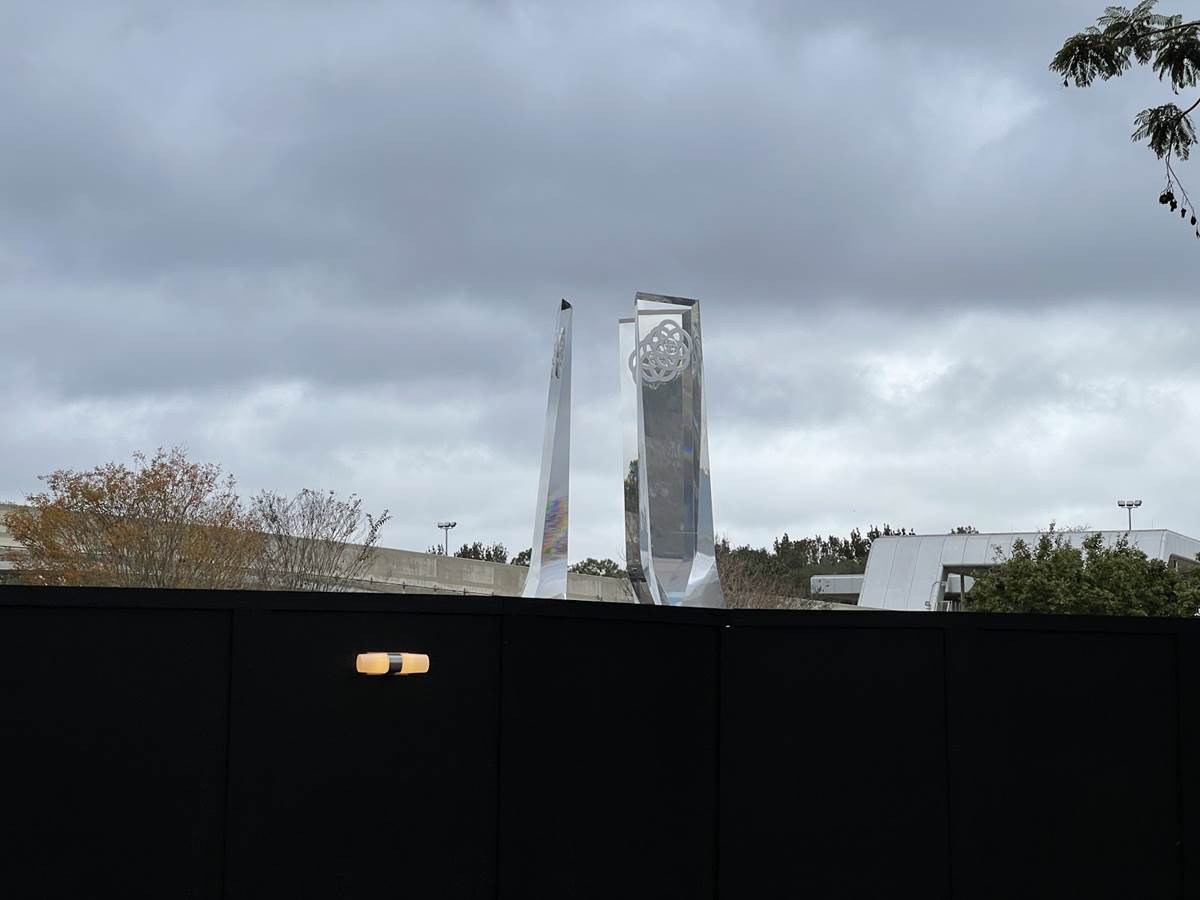 On the other side of Spaceship Earth, work continues to remove some of the old Future World West buildings. This was the former home of locations like Club Cool and Character Spot. As you walk around near Journey Into Imagination, you can see straight through to the other side of Future World through the last remaining load bearing columns holding up this roof. We think Disney is doing a great job keeping the park looking good during this transition period with some beautiful walls, which EPCOT calls Progress Walls. “Well, that’s progress for you!” The entrance to the former home of Mouse Gears has also been opened up in such a way that you can see through to the other side of Future World when standing near Test Track. 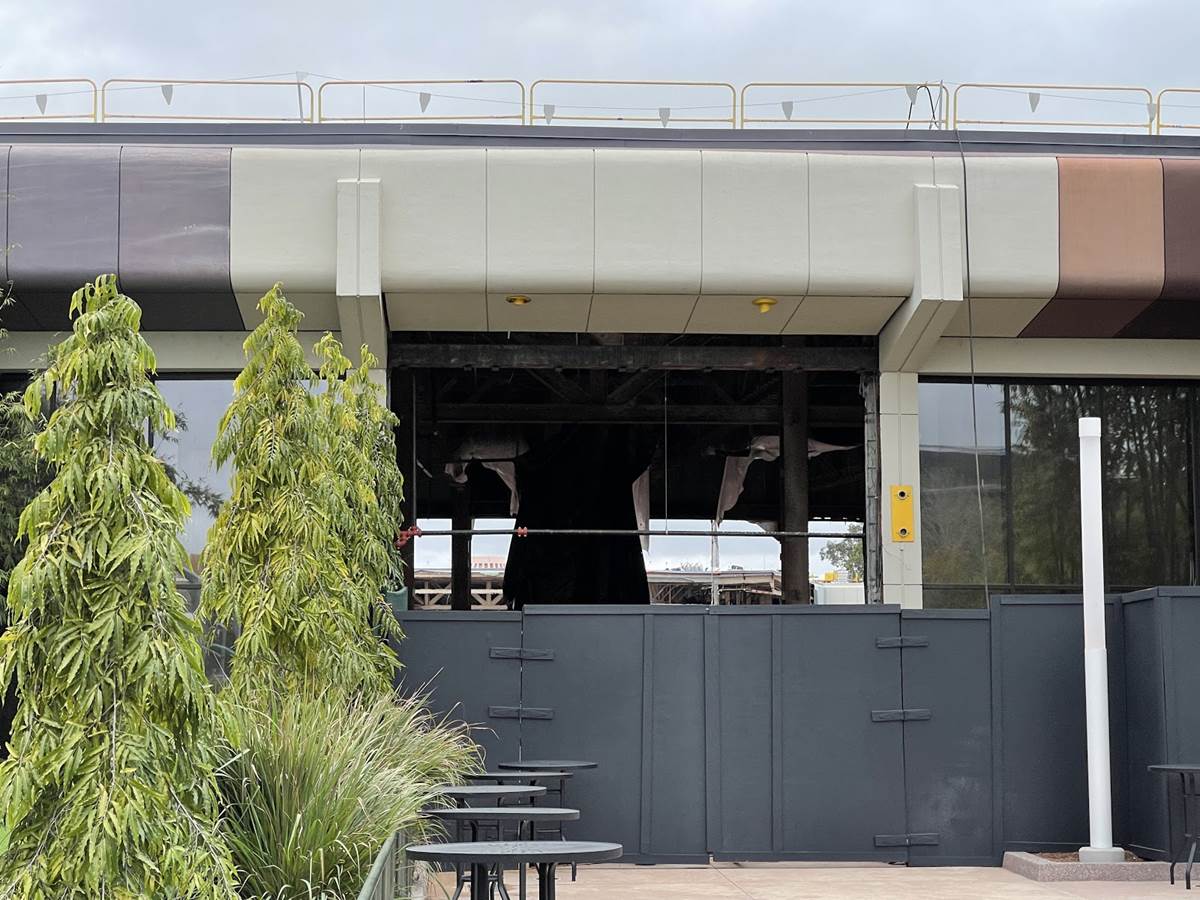 Through the breezeway, you can also see that the Electric Umbrella is “Truly in the past.” 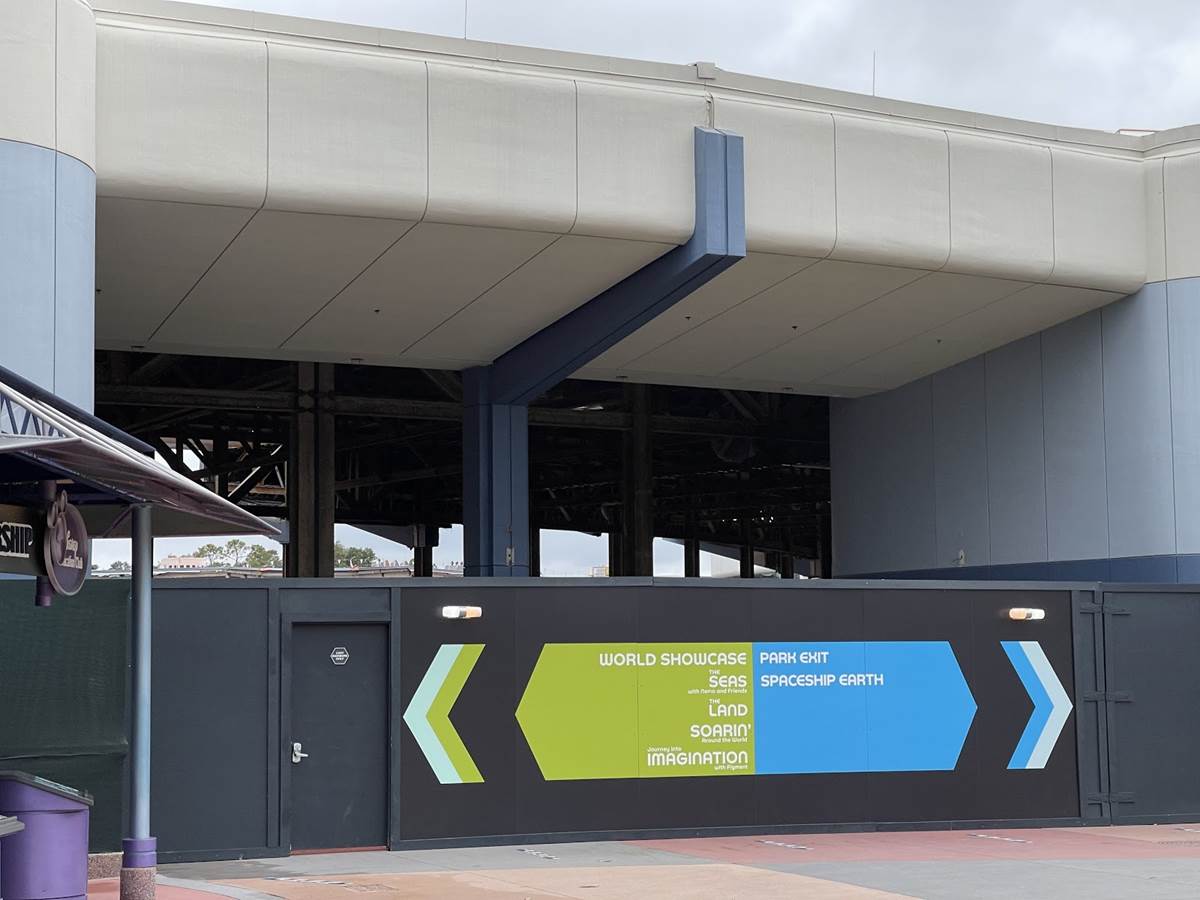 Work continues on the facade of the former Universe of Energy building. As we learned at D23’s Fantastic Worlds event, ride vehicles for Guardians of the Galaxy: Cosmic Rewind have already begun stress testing inside, while the outside still appears to have a ways to go. 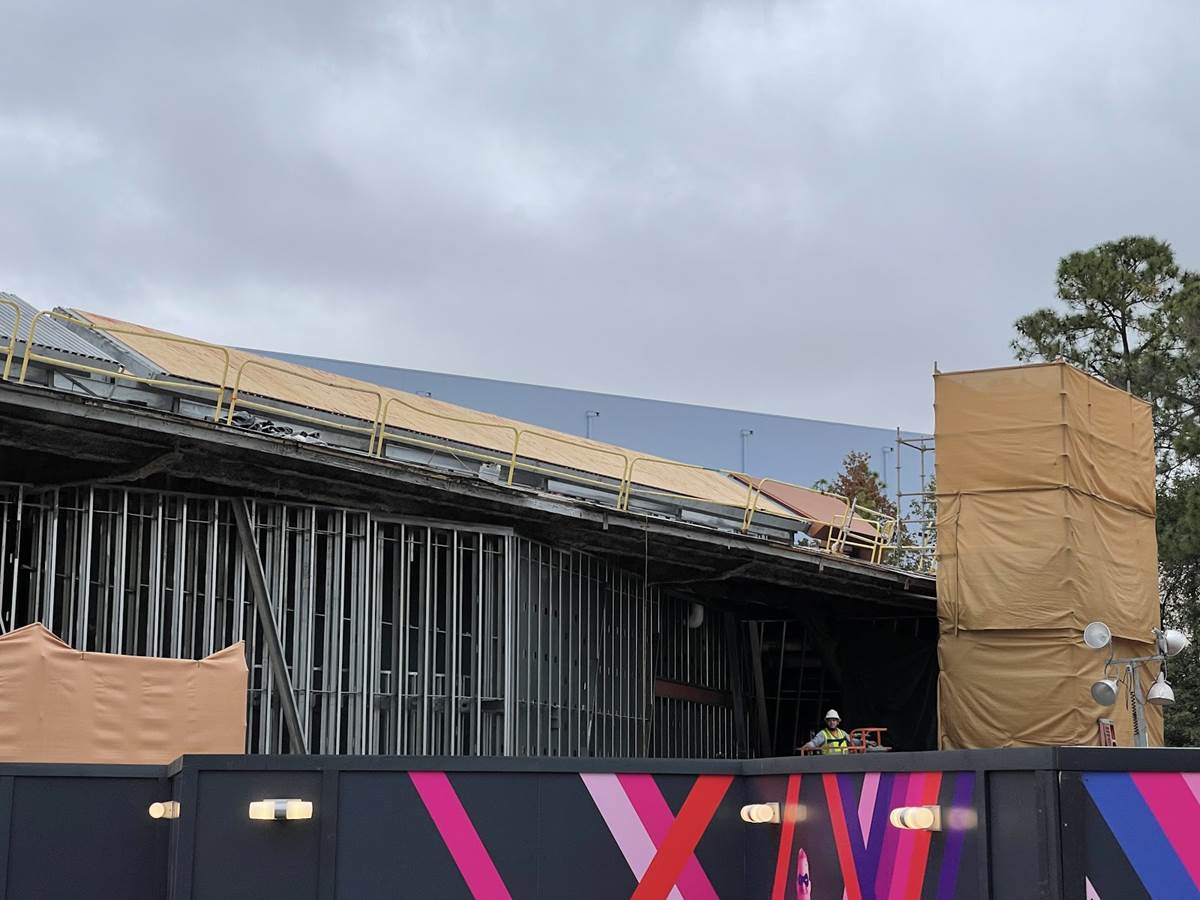 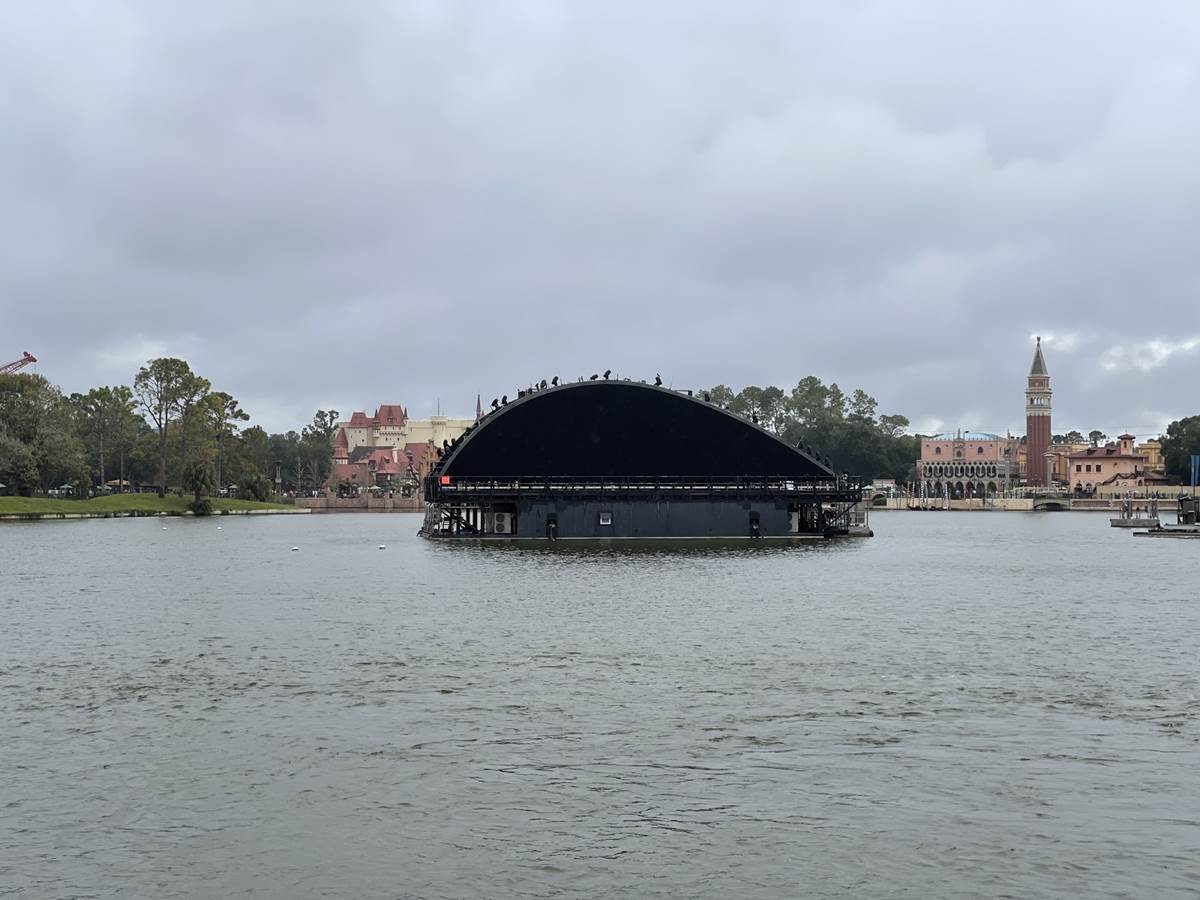 Barges have begun installation for Harmonious, EPCOT’s new nighttime spectacular. Unlike Illuminations, these giant barges will be permanently in place. During the day, they will act as a water fountain so it’s not just a black mass intruding on your beautiful view of World Showcase. No matter where you are in World Showcase, you can’t miss one of these signs. 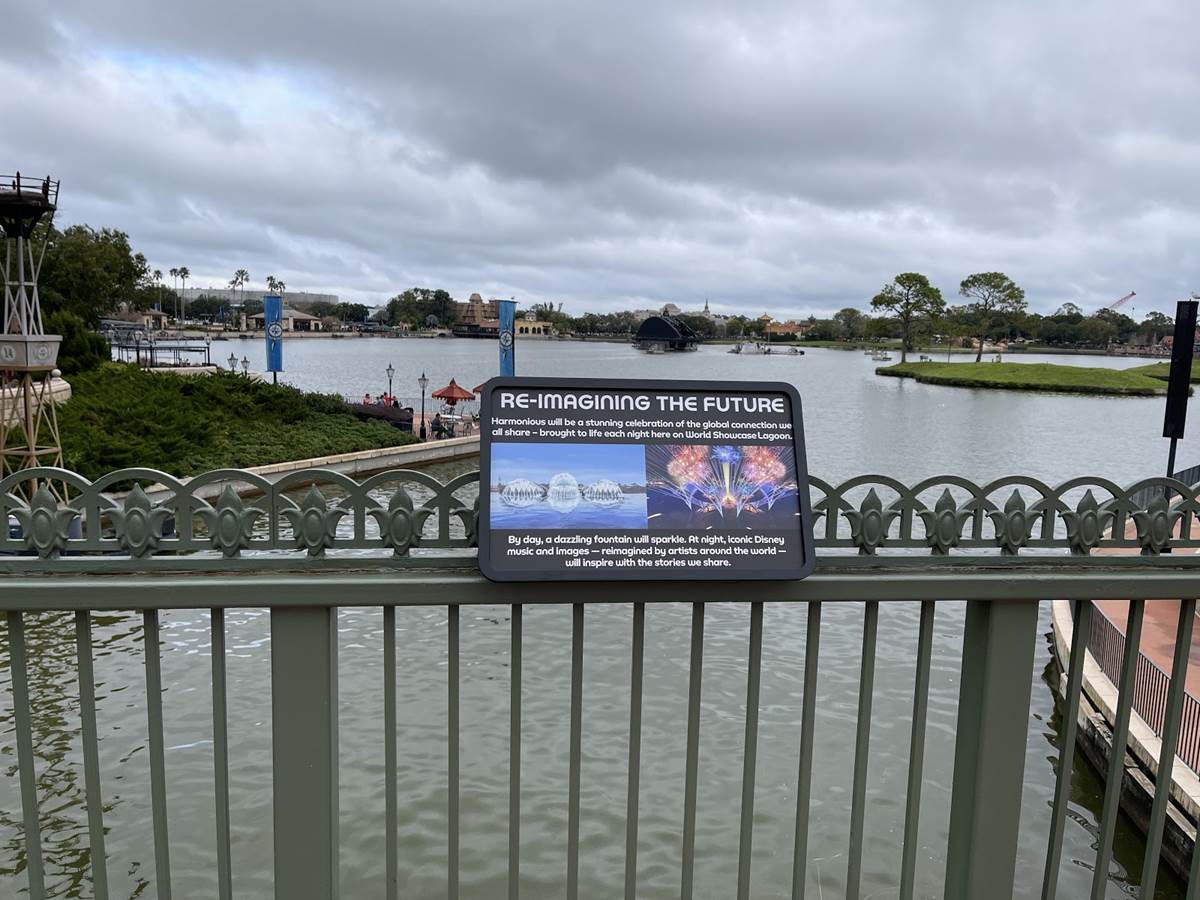 So far, it seems pretty friendly with the Friendship boats. Four more are on the way, though, so we’ll see if they end up having any turf war water fights. 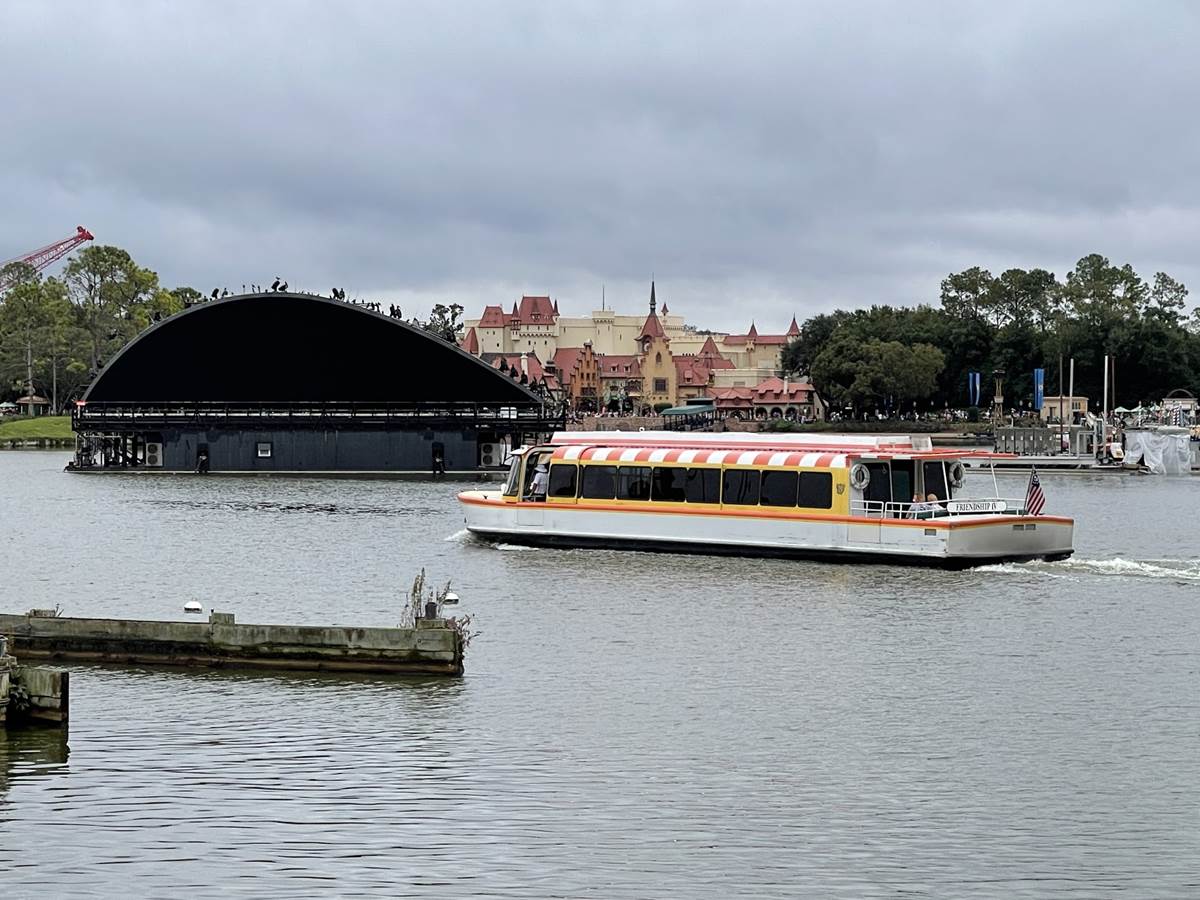 Look at Spaceship Earth from across the lake! It’s just behind that big black barge. Over in Italy, construction walls have popped up on the American Adventure side. 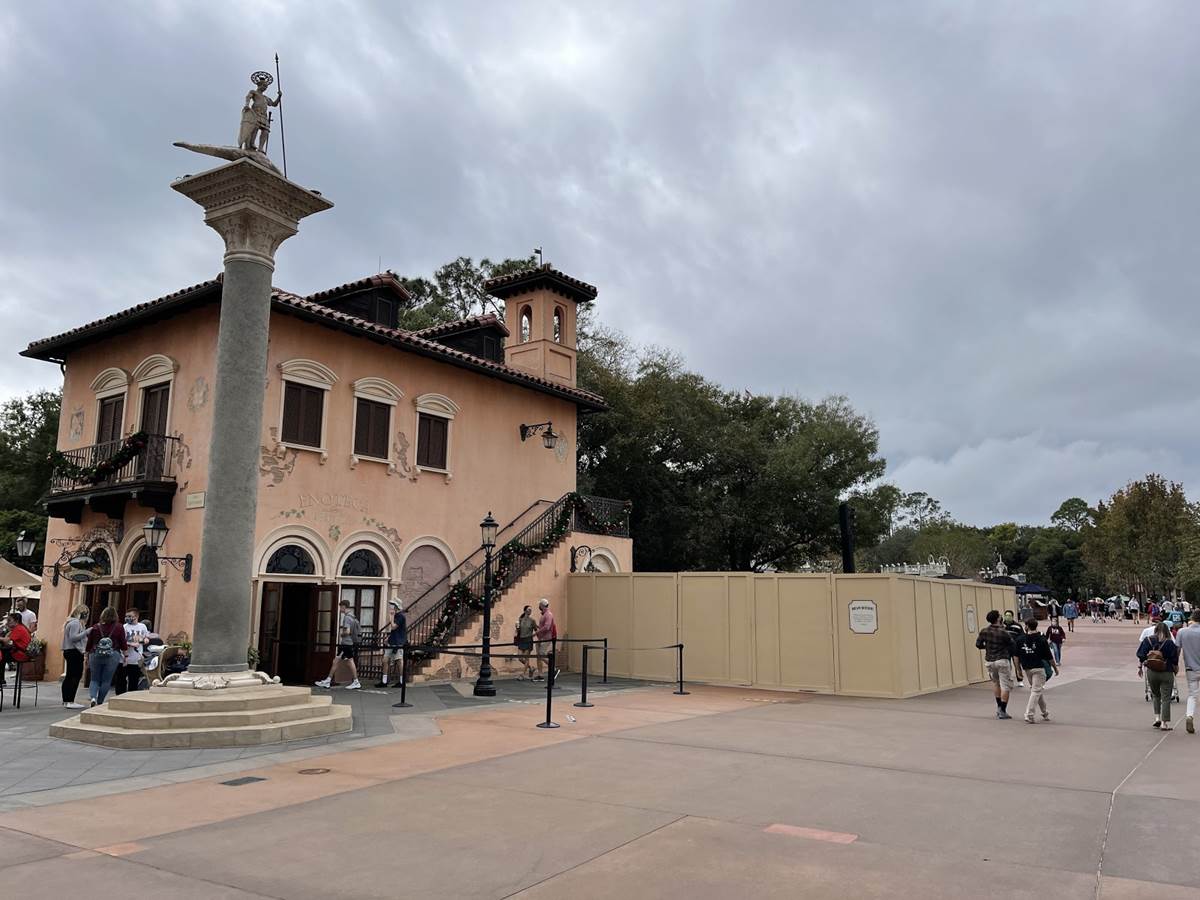 Disney hasn’t announced what’s coming in this spot, but based on the size, our best guess is some kind of a permanent stand. 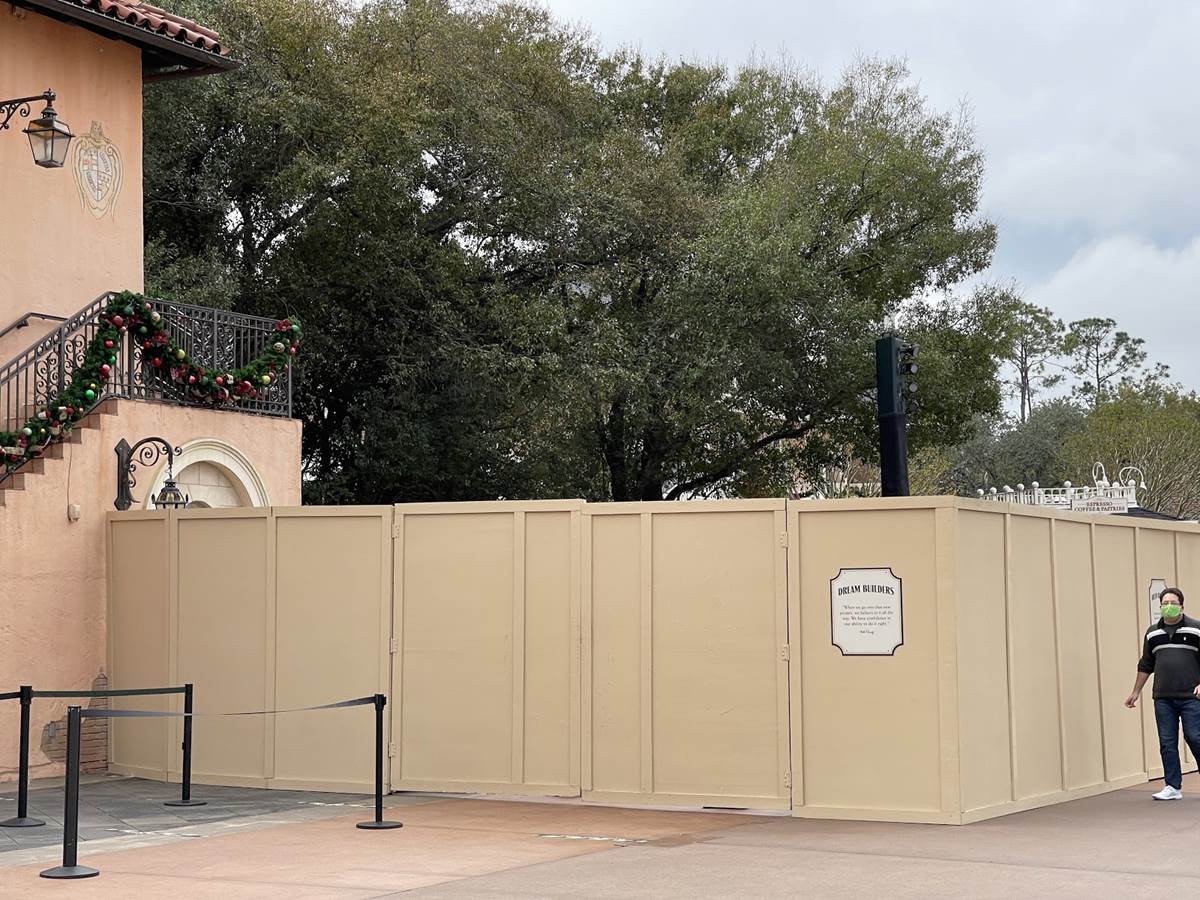 There’s one other update from EPCOT that deserved its own story, a look at Morocco “Under New Management” as the Operating Participants leave the World Showcase country under Disney’s management. Click here to see it in its current transitional state.