Earlier this year, Disney announced that they would be taking over operations at the Morocco Pavilion in EPCOT by the end of the year, with the Operating Participants who had been managing the dining and shopping areas of the country choosing not to renew their contract. Today, we have a look at the early stages of that transition. 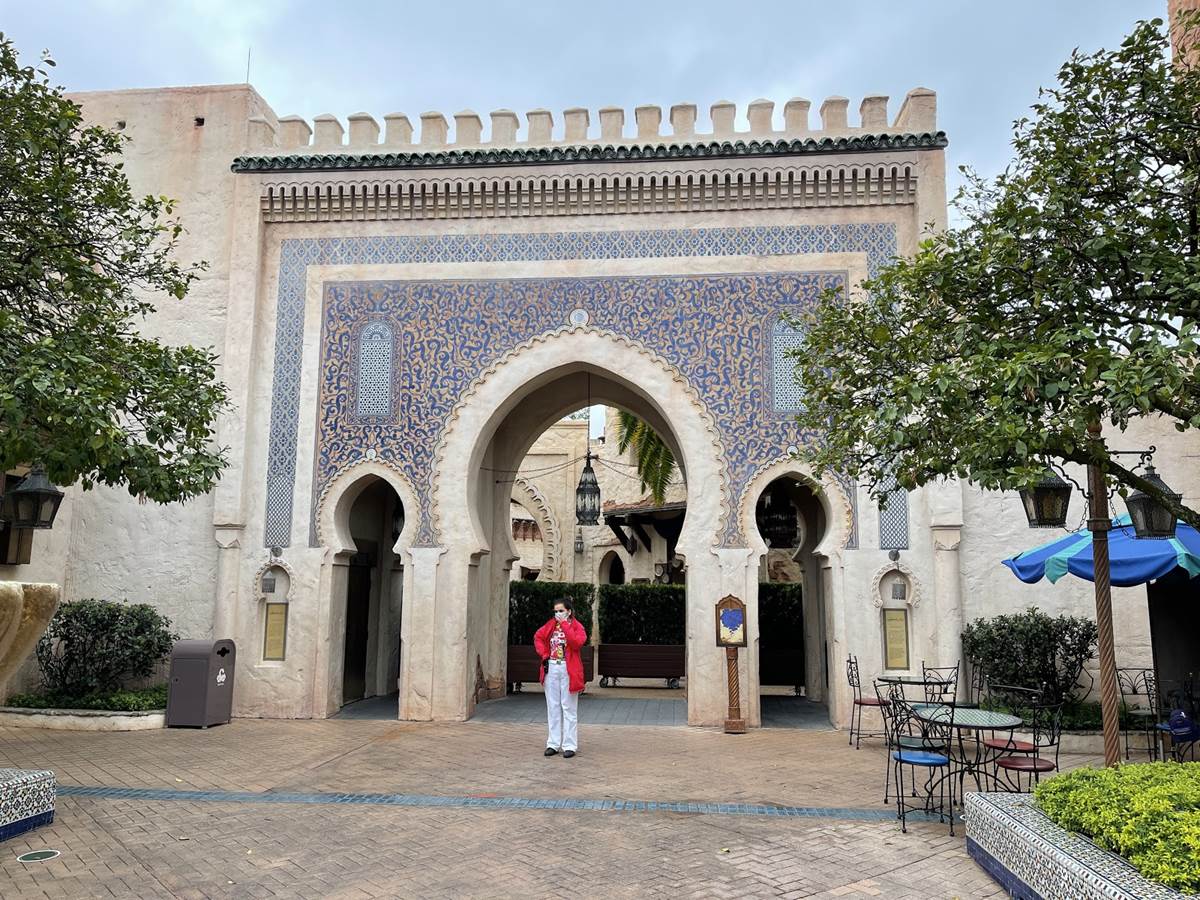 A World Showcase Cast Member stands in front of the archway into Morocco’s winding streets of shops that lead to Restaurant Marrakesh. 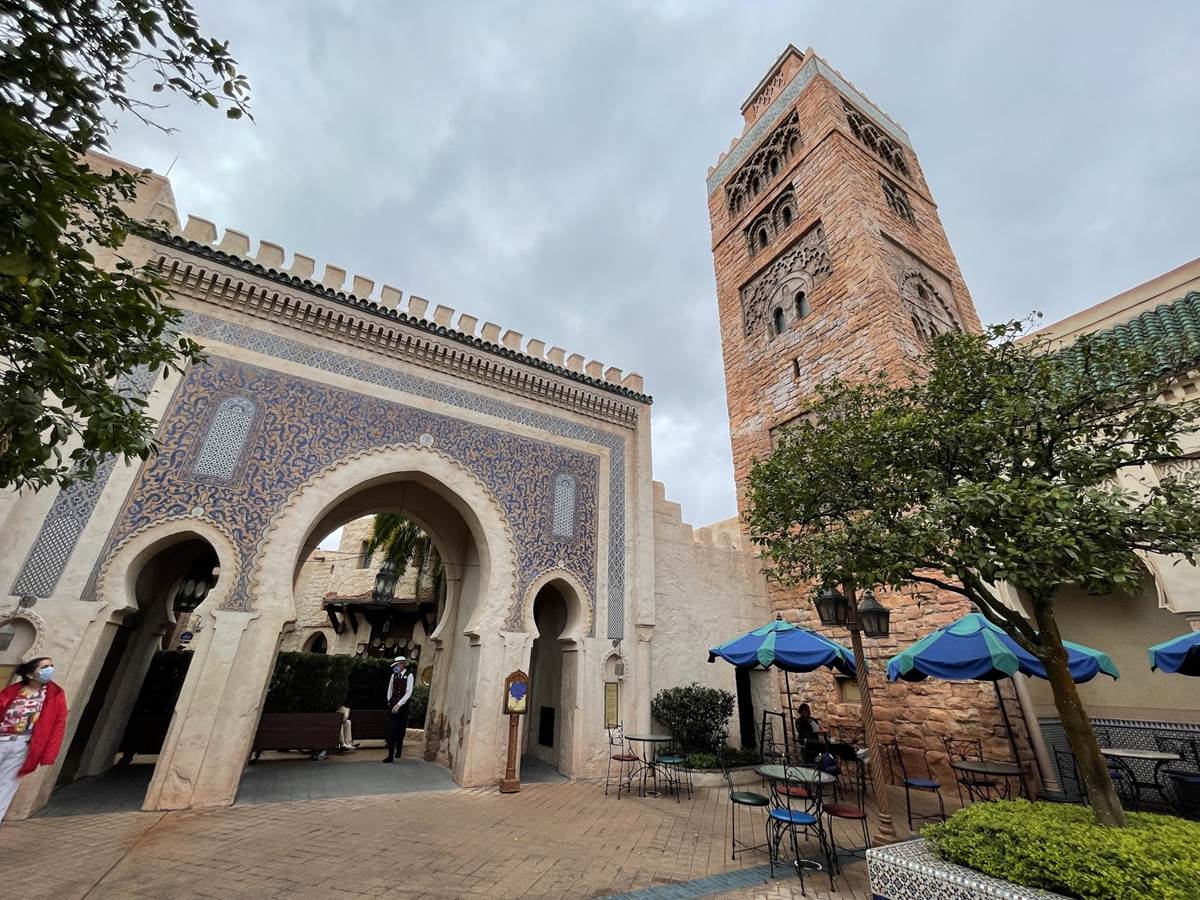 Through the archway are planter walls and a Guest Relations Cast Member. Before the transition, Guests were able to walk back towards Restaurant Marrakesh and several of the shops were open. 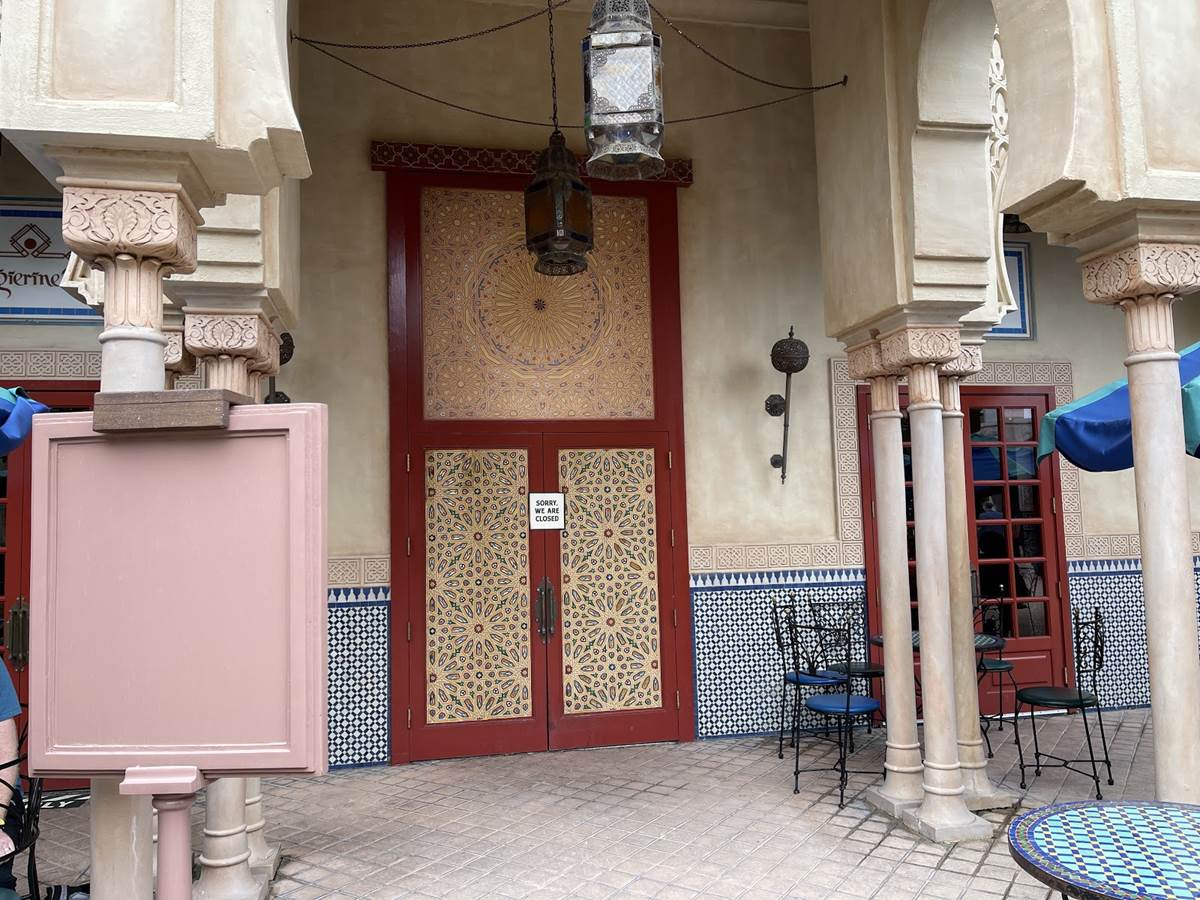 The land’s walkthrough exhibit, Race Against the Sun: Ancient Technique to Modern Competition, was also open before operation changed hands. Spice Road Table was also accepting dining reservations prior to the transition, the only table service restaurant in Morocco that resumed operations earlier this year. Disney had announced that it would be temporarily closing on December 10th to allow the change in management to occur. 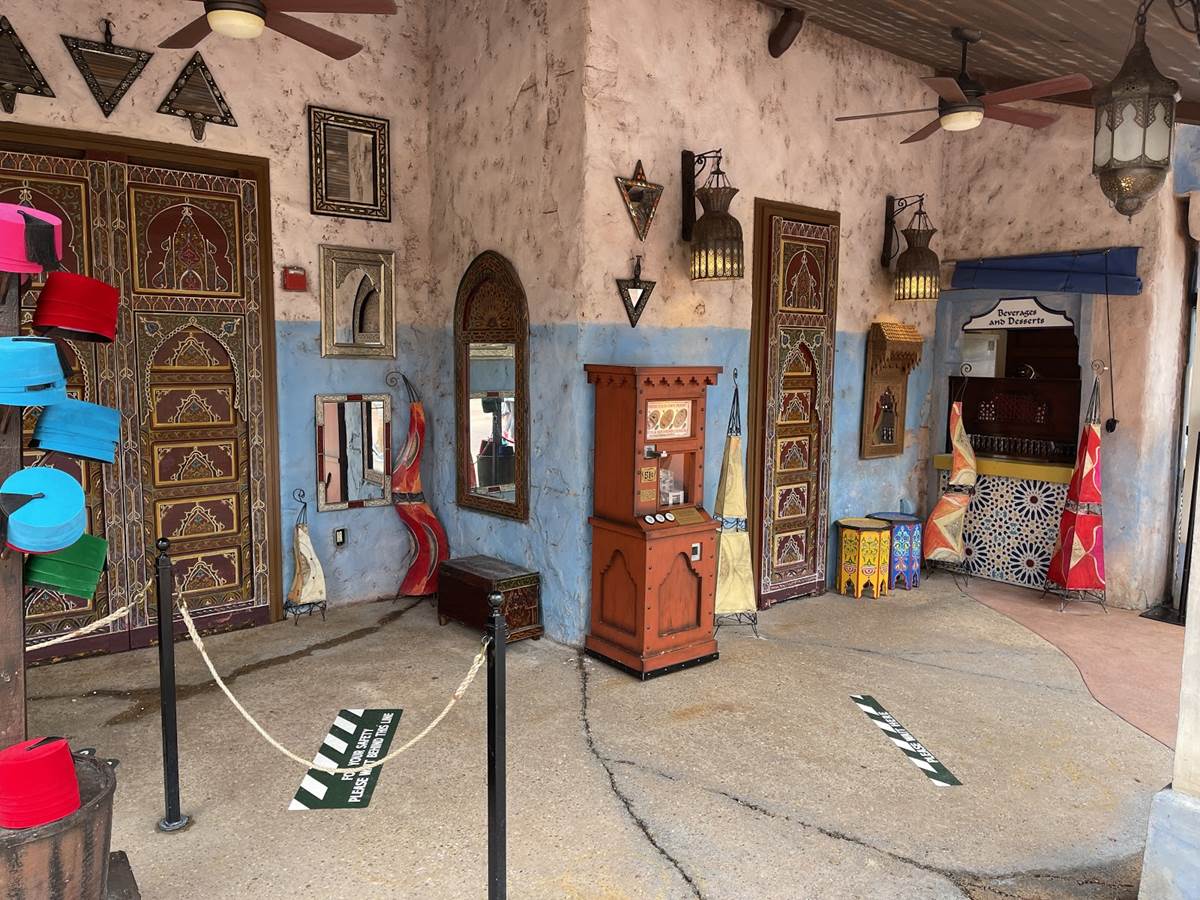 For the time being, none of the food or beverage offerings are available in Morocco. There is, however, one shop open on the waterfront adjacent to Spice Road Table. The merchandise within, however, has become a Princess Jasmine shop for the time being. We’re eager to see what the full experience is like when Disney reopens other areas of Morocco in the not so distant future.