D23 closed their virtual Fantastic Worlds Celebration today with a look to the future of EPCOT with a presentation called “EPCOT: The Magic of Possibility.” Hosted by Walt Disney World Ambassador Marilyn West, the presentation started with the Vice President of EPCOT, Melissa Valiquette, and the Imagineering Portfolio Executive for Walt Disney World, Zach Riddley.

Jumping right into the construction walls, which they refer to as “Progress Walls” at the park, Melissa started by celebrating the three shows that opened earlier this year and said that Taste of EPCOT has been a big hit. It’s going to continue for the foreseeable future, even beyond its next announced iteration, the Taste of Epcot International Festival of the Arts. It provides Guests with lots of outdoor dining options in the park, which is why it’s been so successful and will continue. Diving into the four neighborhoods, Zack started with World Celebration and broke the news that the park’s new main entrance fountain, which is reminiscent of the original from 1982, will open before the end of the year. Not only will it have impressive nighttime lighting effects, but Spaceship Earth will receive lighting enhancements as well. It all fits into the overall theme of color playing an important role in the park’s design theme going forward. For Guests who participated in the Millennium Celebration’s Leave a Legacy program, tiles will also return to the main entrance when the project is completed.

Earlier this week, Josh D’Amaro shared some new images from the upcoming Space 220 restaurant and Zach also shared a photo of the ride vehicles on the track for Guardians of the Galaxy: Cosmic Rewind, which are undergoing “push/pull” testing. 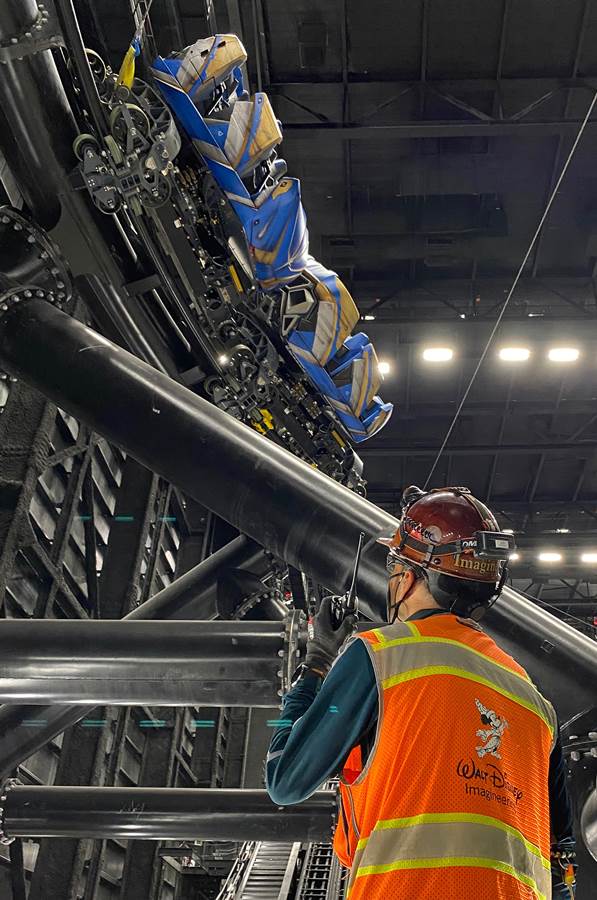 Moving on to the parks new nighttime spectacular Harmonious, which will use “Five enormous platforms” to house the main show elements on World Showcase Lagoon. It will include “A 6-story tall iconic central ring structure and water curtain, four double-sided LED walls standing 25-feet tall, and eight 54-foot-long moving arms along with moving lights, fountains, lazers and more.” The first platforms will be installed on the lagoon and begin testing soon. Following up on that, Marilyn shared that they will also include ambient daytime shows on the lagoon, implying that the platforms will remain in place all the time rather than being set up a few hours before showtime, as was the case with Illuminations: Reflections of Earth. 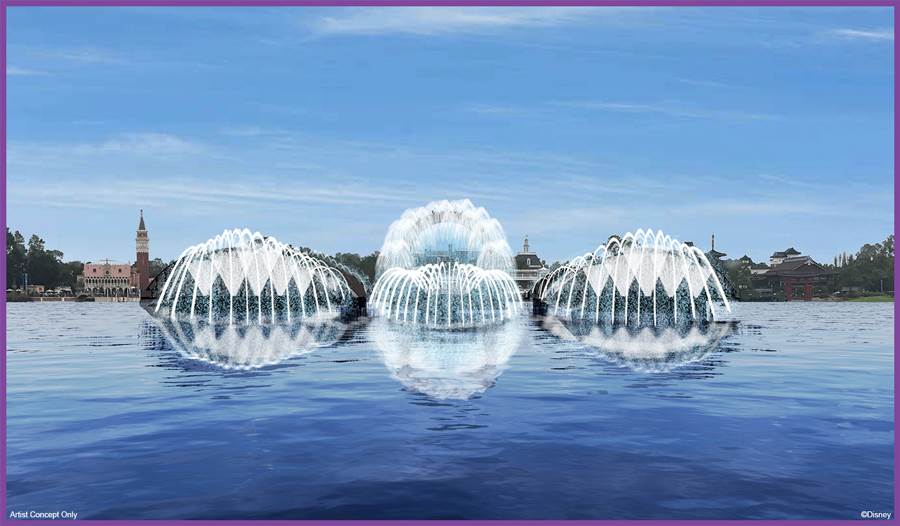 Nothing was shared about World Nature, skipping past it into World Showcase to focus on Remy’s Ratatouille Adventure. For this segment, Roger Gould and Harley Jessup from Pixar joined Walt Disney Imagineering Creative Executive Tom Fitzgerald to not only talk about the attraction, but the “Mini land” built around it. In addition to bringing the attraction from Disneyland Paris to Walt Disney World, which will be EPCOT’s first bilingual show, they also talked briefly about the new restaurant, La Crêperie De Paris, and a “News Kiosk” shopping experience. 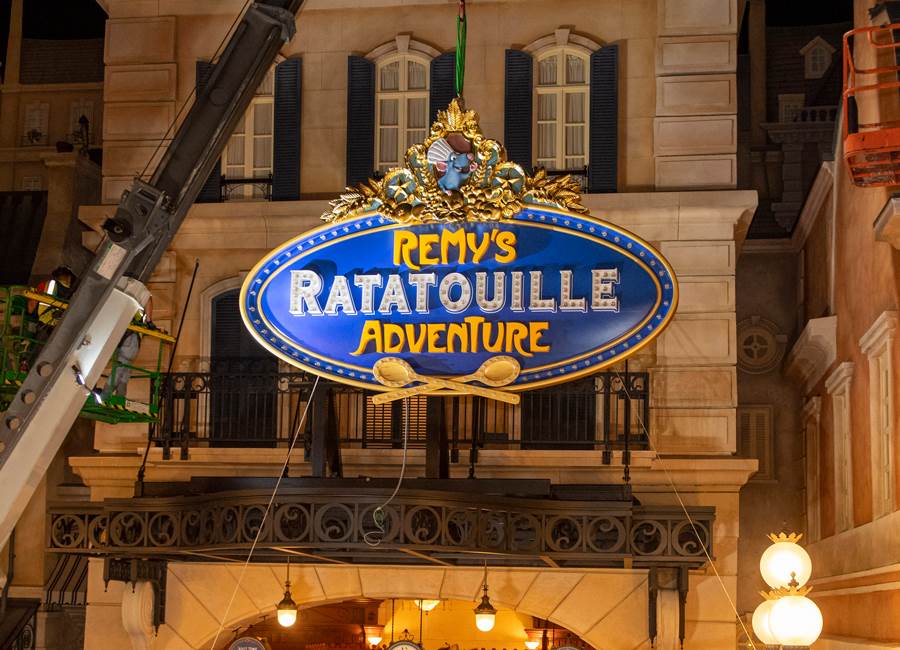 Most of the focus was on the area itself, which will be unique to EPCOT. Guests leave the realistic French Pavilion and enter into the world of Pixar’s Ratatouille, where Imagineers followed a design principle called “Crookedology” to not make lines straight and sharp like they would be in the real world. A fountain in the area at first glance will look like anything you’d find in Paris until you get closer and realize that it’s covered in rat symbolism. There will also be fun nods to the story, such as a wine shop run by the critic Ego and a plague from the film’s health inspector. 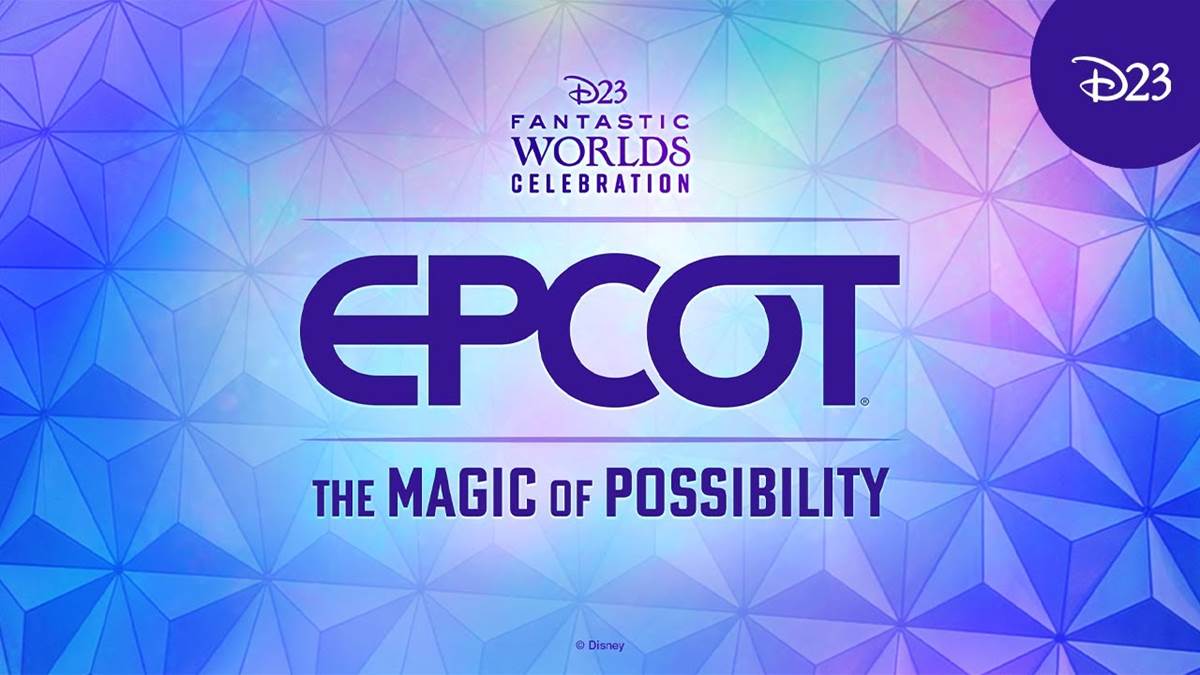 It was fun getting an update on my favorite theme park. You can see the full presentation above. You can learn more about D23’s Fantastic Worlds Celebration at D23.com.