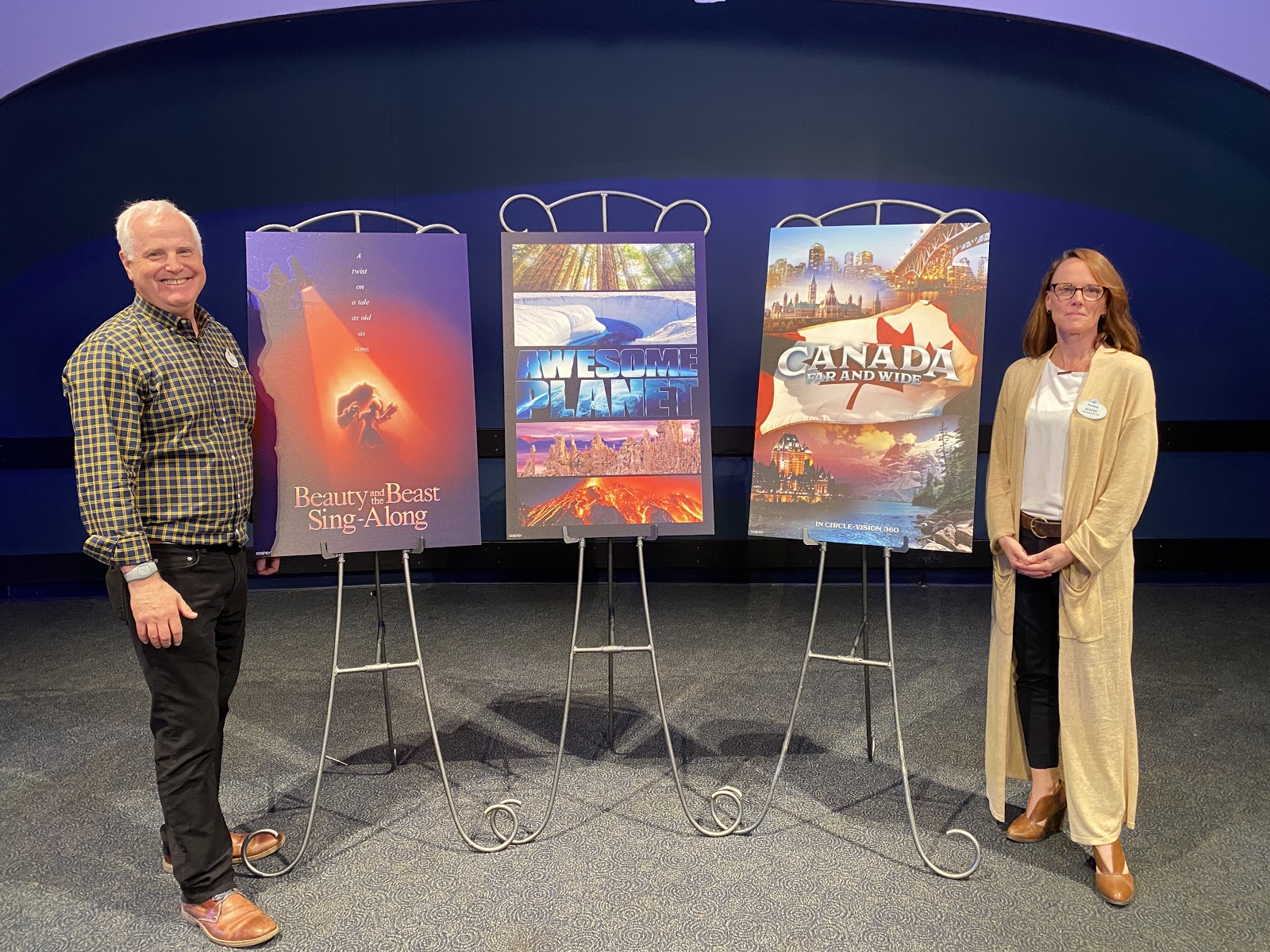 During a Walt Disney World media event on January 13th for the Epcot International Festival of the Arts, which runs from January 17th through February 24th, I got to experience two of the new attractions that will premiere with the start of the festival. Beauty and the Beast Sing-Along and Canada Far & Wide are both fun additions to the park and the third, Awesome Planet, will embody the core message of The Land Pavilion. I had the opportunity to speak with Imagineers Tom Fitzgerald (Portfolio Creative Executive) and Marie Colabelli (Senior Producer) about the upcoming experiences.

“The Festival of the Arts seemed like the perfect timing to debut them,” Tom Fitzgerald shared. “That drove our team to get them ready at the same time so we’ve been hopping from theater to theater as we mix them and finish them up for Guests. But it’s appropriate I think that they open with Festival of the Arts.”

Here’s what Tom and Marie had to say about the new experiences.

Beauty and the Beast Sing-Along 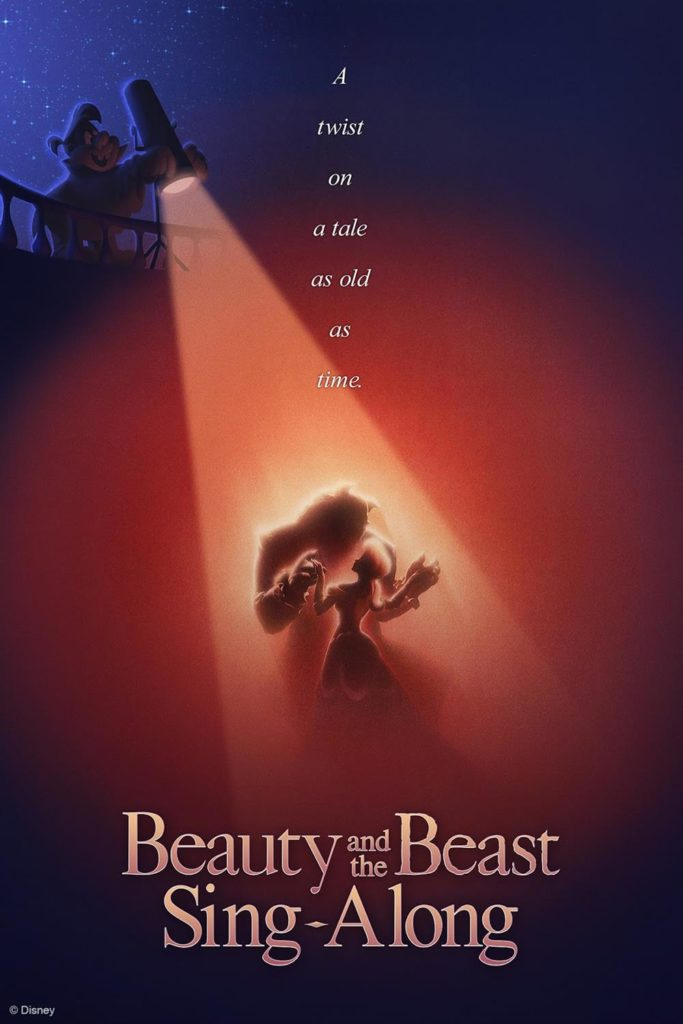 Tom Fitzgerald: “We have this twisted tale. We’re not telling the original story from the film. We’re giving a new story which is fun. And we’re doing it all in a film format. There are no live singers, performers, or dancers. It’s all carried by the film and beautifully I think.”

Tom Fitzgerald: “Don Hahn actually found some of the original animators. He knew where all the backgrounds were in the Animation Research Library. He knew the animators. He knew the voice talent. Don acting as our producer and director for this film had the connections to bring the original talent together. That’s why I think it looks so seamless, because he’s got a lot of the original talent working on our show. And making it seamless so that you shouldn’t know where original started and where new… you know, that was the goal.”

Marie Colabelli on working with Angela Lansbury: “I don’t think that we could believe it. In talking with Don when we were wondering if it would be even possible, he was like ‘The best way to do it is just approach her and see what happens.’ And she was so thrilled and moved and very… this legacy to her is very close to her and so the idea that she would participate in something that we know is a classic within a classic, she was lovely.” Marie Colabelli: “It was 2006, that was the last update. We felt like a decade’s worth of growth in Canada warranted a nice update, adding things that hadn’t been in the film before.”

Tom Fitzgerald on working with Eugene Levy and Catherine O’Hara: “We were thrilled and they were thrilled because they realized we wanted them to be them, not play anyone, and this was… a love letter to Canada. So they have some fun in here, but mostly it is them lovingly sharing their country with the Epcot audiences. So a shift from what we had in the last version, which was intentional on our part. When you go back into these you want them to feel different enough but still keep the song, keep the parts that people love, the DNA of it, but make them fresh each time you get a chance to go back in.”

Tom Fitzgerald on “Canada (You’re a Lifetime Journey)”: It’s the Canadian Idol singer but a new orchestration because the orchestration styles change over time. Because we had Andrew Lockington working with us on a new score for the film. We asked him if he would go in and bring the orchestration of the song up to date, which he did.”

Marie Colabelli: “We spent a good portion of one year scouting so when we decided to actually film in a location, we knew what was the shot that we wanted to get. And then when we actually went onto location and we did a full execution of the shot, in past iterations of the film they had a very finite amount of time to get into a helicopter, get the shot, and if they didn’t get the shot then they had to rethink it. With digital, we had so many opportunities to reset the air. The greatest part of this project is we set out to get one shot and usually came home with many, many more. So that was great for our camera team.” 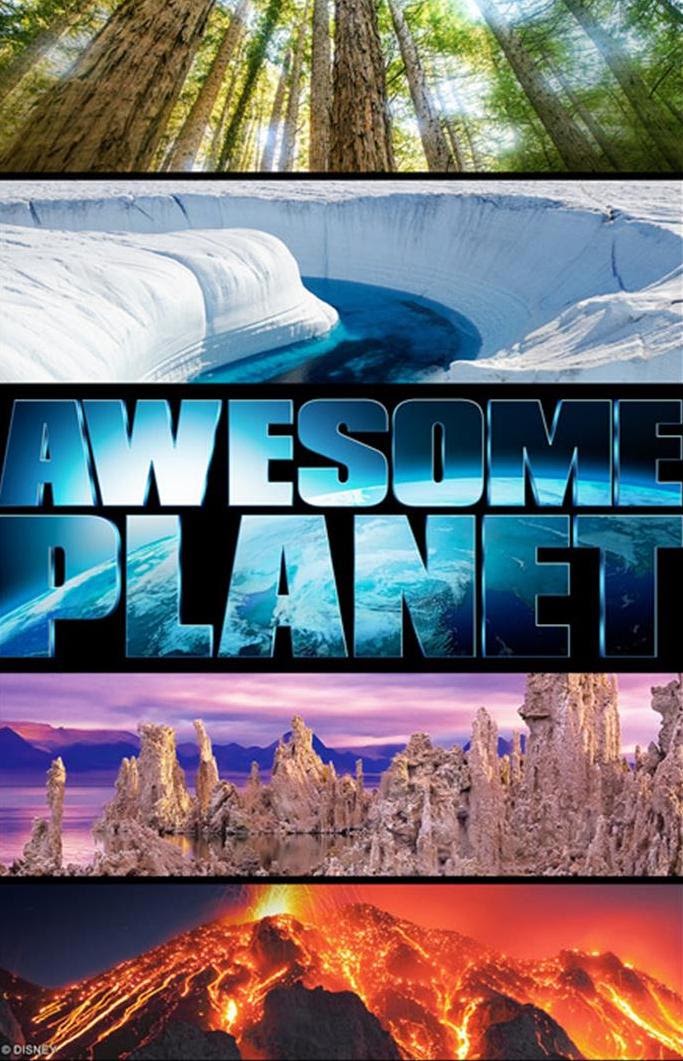 Tom Fitzgerald: “I think Circle of Life was a different era, different type of messaging. We’re now at a point where the message we need to give to the audience is an optimistic message of hope for our planet. We worked with Jane Goodall, Sylvia Earl, we had many, many experts thanks to our DisneyNature team bringing in these people to help us with messaging. And they all said look, to this moment we’ve never had the tools and the knowledge that we know now. So we know what’s going on on our planet and the time is now. If everyone on the planet could pitch in, we could restore the balance to our planet. There’s nothing more important than that and it’s the most Epcot of all our films I think. It totally fits in The Land pavilion, it totally fits with Epcot’s message of an optimistic celebration of our world, but also a call to action for our future.”

Tom Fitzgerald on working with Ty Burrell: “We think he’s perfect for a number of reasons. First, our story was about a planetary realtor. It’s a planetary realtor that’s selling you on why this is so great. And so there’s some logical connections to Modern Family and the role he plays there. That started a long time before we thought of Ty. The other is we wanted a kind of Disney dad as our narrator. We wanted someone who is warm and friendly, but could have some tough love in the middle of our story because our story gets to a point that gets very, very serious. But then coming out of that with hope and optimism and love. So he just seemed like the perfect choice for us and we’re delighted with the performance he gave and that feels very Disney. The kind of story we’re telling, we’re not the only one telling this story. This is a story you can find in the real world so for us it was how do we tell it in a Disney way? Well we want to have warmth, we want to have a touch of humor, we want to have someone you trust in there, and we’ve got to hook you in. You’re in a park that’s got many, many things to do. You’re going to come in here and then we’re going to send you out on a high like ‘We can do this.’ And so he was delightful to work with, we had a great time working with him.”

Tom Fitzgerald on the music: “The music is awesome. Steven Price, who did the score for Gravity but also did Born in China for Disneynature wrote we think a spectacular score. And he had a rollercoaster he had to take us on because we start in outer space, go through all these beautiful biomes, we go to a dark moment, a big hopeful finale, so he had to write so many different emotions in here.”

Marie Colabelli on the music: “Very emotional, full of feeling that takes you through each chapter in the film.”

Tom Fitzgerald on the post-show: “All of the experts we talked to said the most important thing we can do is give hope to our children and audience to say it’s not too late, we can do this, we need to come together. So they were thrilled that we as Disney were doing this. Everyone we talked to said we’re so grateful that you’re doing it, it’s so important that you do this. One question they kept asking us was when the show ends, in the post-show what will happen? And we said ‘Oh, in this venue there isn’t a post-show.’ So we struggled for a long time thinking how do we create that post-show thing? And ultimately what we came up with, with our partners from Disney Conservation, is they agreed to create a specific site for the audience so that if you go to that, they will help you connect to other organizations around the world so that you can help protect and take care of the planet. Obviously we’re storytellers, we’re not content experts. This is a very big story and it needs a lot, so we were delighted that our partners got as excited about this project as we did and were willing to say ‘We’ll create a special site for Guests to be able to go to.’ And so we’re hoping that when you see that, when we put that up on the screen at the end, you’ll take that with you when you leave and remember that when you go home. And again, that’s very Epcot. Marty Sklar used to say Epcot is the turn on. Our hope is that people see something in Epcot and when they go home, they go deeper into it or get excited or passionate about it. That’s very Epcot, that’s what Epcot’s goal is.”

Tom Fitzgerald on wall carpet: “That is a work of art. That art in the pre-show and it’s been there since opening day. Dorris Woodward is the artist, she works four doors down from me at Imagineering. And I’m so happy to tell her “Dorris, your art is still there. It’s still valid, it’s still beautiful. To me, it’s as beautiful as the Walt Peregoy artwork on the ramp leading up to the exterior of the building. So it’s staying. There are things that are core DNA in Epcot. The song in Canada, the carpet in there, and they are staying.”