On Friday, January 17th, Epcot will debut three new projection-based attractions in addition to kicking off the 2020 Epcot International Festival of the Arts. Beauty and the Beast Sing-Along may be the winner with the younger crowd amongst the three new shows, but the other two promise to offer fun for the entire family. In classic Epcot tradition, the edutainment is alive and well with Awesome Planet coming to The Land Pavilion and Canada Far and Wide, a new Circle Vision show and the subject of this review.

For a little backstory, this is the third show Disney has produced for the Canada Pavilion’s Circle Vision theater, a location that opened with the park in 1982. The original attraction was called O Canada! and offered a matter-of-fact tour of the vast country in just under 15-minutes. It remained unchanged for over twenty years, getting an update in 2007. That second incarnation of O Canada! starred Martin Short and injected a lot of humor into the show along with updated footage. Between both versions, there was one constant…

“Canada (You’re a Lifetime Journey)” became the star of the original show from an era where songs were a core part of every Epcot attraction. It received an update with the 2007 version, this time sung by Eva Avila, winner of Canadian Idol. When Disney first announced that O Canada! would close to make way for a new show, the big concern was that the song would disappear with it. 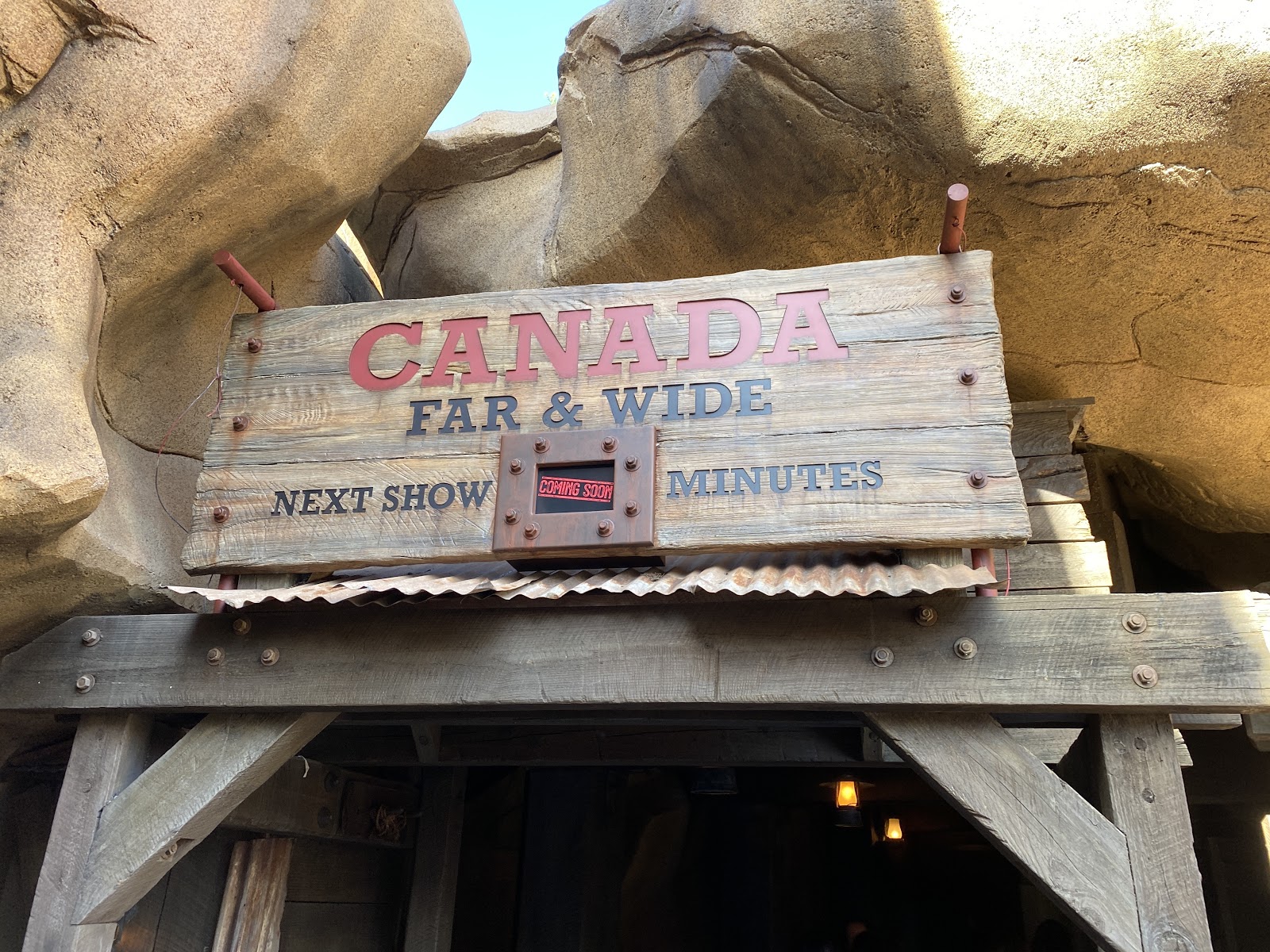 Not only is “Canada (You’re a Lifetime Journey)” in Canada Far & Wide, but it’s still reserved for the uplifting grand finale and even begins with the same footage of the Royal Canadian Mountain Police transitioning all of the screens into the new finale. The singer is still Eva Avila, but the arrangements have been updated to fit the new show.

As for the tone, I would describe it as a marriage between the dry 1982 original and the 2007 comedic version. With Catherine O’Hara and Eugene Levy co-hosting the show as narrators, their tone of voice is happy and energetic, but the dialogue primarily focuses on showing off the beauty and grandeur of Canada. There are a few innocent jokes here and there that serve the show well, but I think the creative team has learned the hard way that the law of diminishing marginal utility on Martin Short being unable to access his expiring Soarin’ FastPass made the previous show a little stale on repeat viewings. You won’t find any dialogue that quickly dates this attraction, unless the US/Canada border changes drastically in the near future.

In the end, Canada Far & Wide accomplishes the same goal Epcot had for this 360 degree experience back in 1982, showcasing the diverse natural beauty of our northern neighbors. It plays more like a 2020 update of O Canada! Than an entirely new experience and in the end, the biggest difference between the three versions of the Canada Pavillion’s attraction is the incorporation of a moving map of the nation that dictates what we see and when as we make our way through the lush Canadian country. All that being said, I think Canada Far & Wide is an improvement over all previous iterations. We’ll see what happens in twenty years, but I have a feeling this one is here to stay for the long haul.