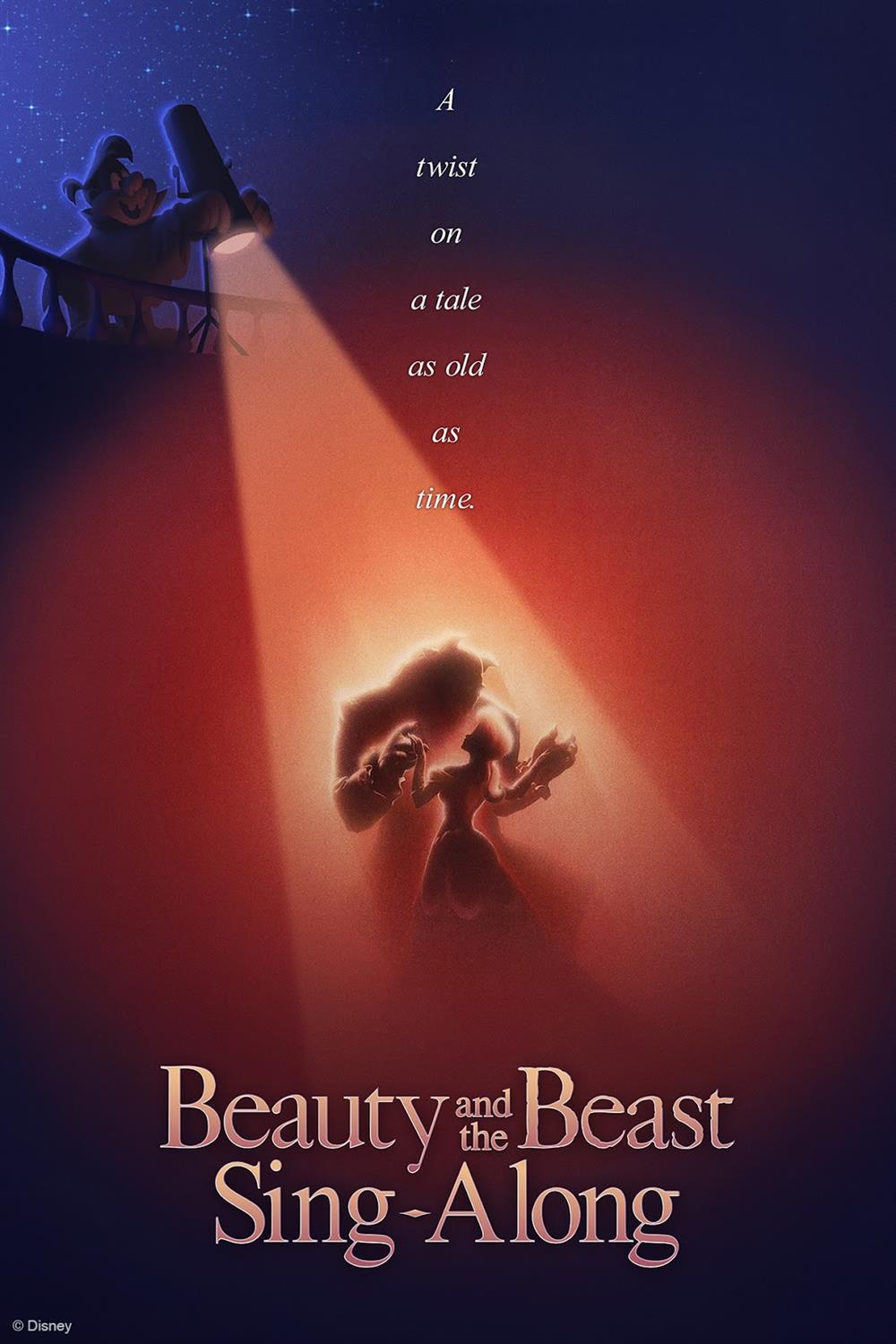 Last November, at D23’s Destination D, it was announced that a “Beauty and the Beast Sing-Along” would be joining the classic Impressions de France film in the France Pavilion. However, very little information was said other than it being “a twist on this tale as old as time.” Then, this past August, it was revealed that this new attraction would be debuting in January 2020 and directed by Don Hahn (producer of both the animated and live-action versions), but still no details on if this would be in the style of the “For The First Time in Forever: A Frozen Sing-Along Celebration” with live cast or if it would just be a bouncing ball type show. Well, as part of the Star Wars: Rise of the Resistance media event, we were given a special sneak preview of this new World Showcase film and all I can say is that it is perfect!

As this attraction is not fully completed yet, we were asked to place our phones in sealed bags prior to entering the theater. Once inside, we were greeted by Tom Fitzgerald (Creative Executive at Walt Disney Imagineering) and Don Hahn as they gave a bit of the behind the scenes of this new film. Clocking in at 14 minutes, five of the classic songs from the original film were chosen for this twist on the story of Beauty and the Beast.  Hahn, who is the keeper of all things Beauty and the Beast, let us know that this is actually the story of how Gaston’s sidekick LeFou is the one responsible for Belle and the Beast falling in love (trust me, we all looked at each other with the same face you are making right now when he said that). He added that all the new animation added to the story was done by some of the animators that worked on the 1991 classic. It was also teased that the animators weren’t the only talent returning from the original film.

The film begins with a new version of the classic storybook opening and Angela Lansbury returning as Mrs. Potts, playing the role of narrator. As the entire film can’t be retold, we start with a shortened version of “Belle” before it is explained that LeFou (with Jesse Corti returning to provide the voice), was finally fed up with Gaston chasing poor Belle and that he set out to get her to go to the Beast’s Castle. With mostly short cuts of LeFoe being interspersed with original footage from Beauty and the Beast, at times it is hard to tell what is new and old — all the while, Mrs. Potts is moving the story along. When the famous “Be Our Guest” scene starts and as we were all belting out the classic Disney song, we cut to a short scene with LeFou making all the food in the kitchen, complete with a joke about him asking what a churro is. Without giving away the “true story of LeFou setting it all up,”  I will say two important things we learn are that you should always be afraid of a band of singing French men that bring their own log and that LeFou and Belle are the same size.

I have been a fan of the Frozen Sing-Along since the first time I saw it. However, this film takes all the fun of that show but keeps it as classy as possible for one of Disney’s all-time classic animated films. Still, with so many laughs, you will have to see it multiple times to catch everything. By the way, fans of “Impressions de France” don’t have to worry because not only will it be in rotation with this new experience but it will also receive an upgrade to 4K projection when it reopens on January 17, 2020.