As work continues on the Magic Kingdom version of the classic Jungle Cruise, the Disney Parks Blog is giving another sneak peek at what fans can expect from the reimagined experience — including a new Trader Sam’s Lost & Found/Gift Shop location in the attraction’s finale. 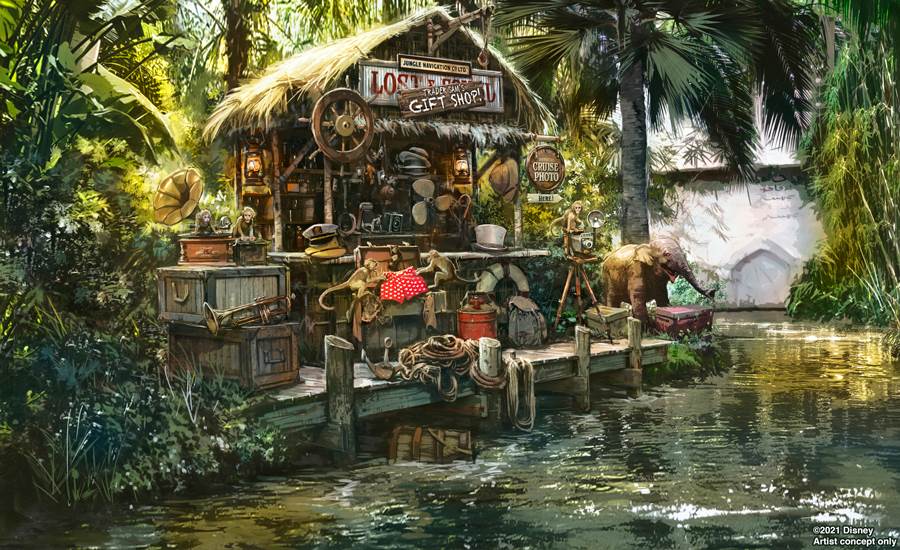