Walt Disney World is literally hours away from the start of the World’s Most Magical Celebration, marking the 50th anniversary of Walt Disney World. As we get closer to the kickoff on October 1st, more and more decorations and merchandise are starting to appear. 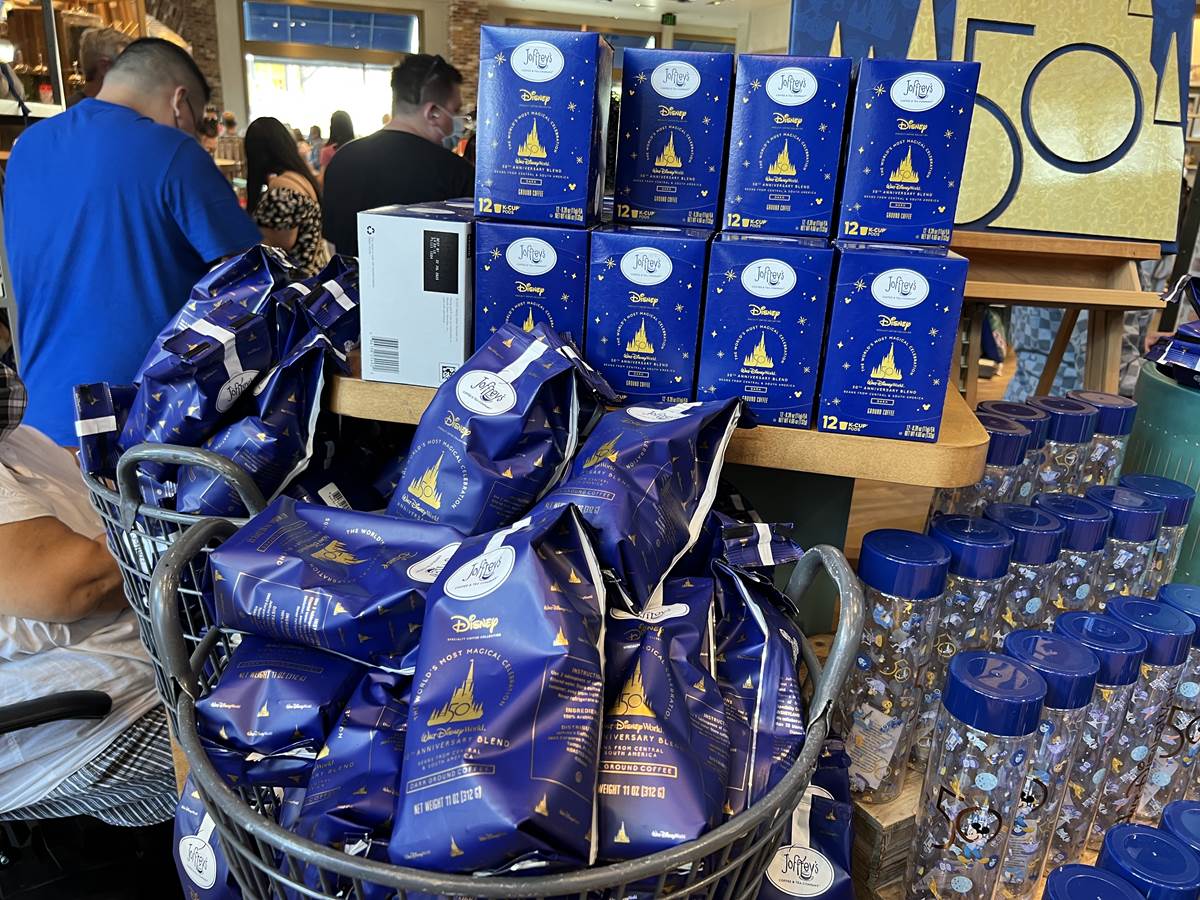 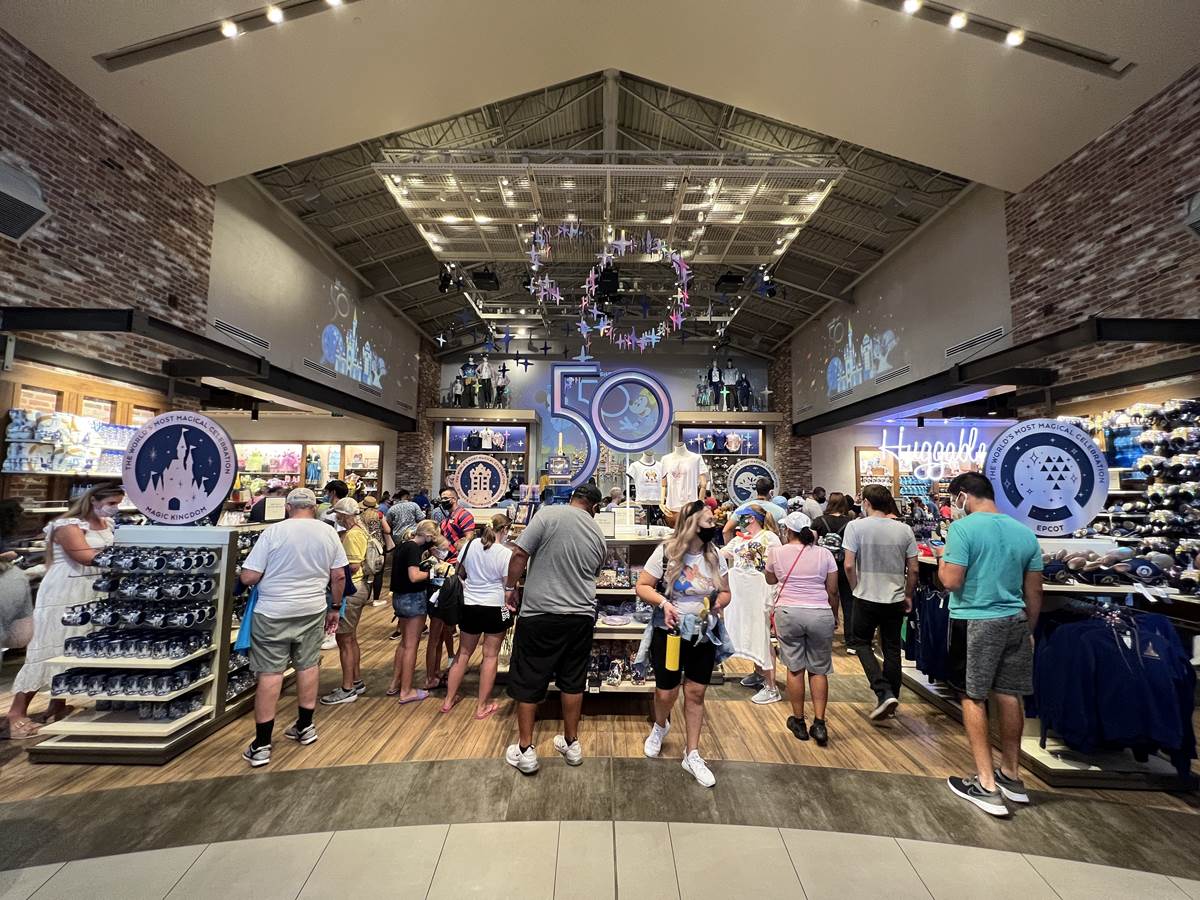 While we’ve already seen some of the fun new merchandise and displays arrive at the Magic Kingdom, over at Disney Springs, the flagship Walt Disney World merchandise location, the World of Disney, has received their displays honoring the World’s Most Magical Celebration. 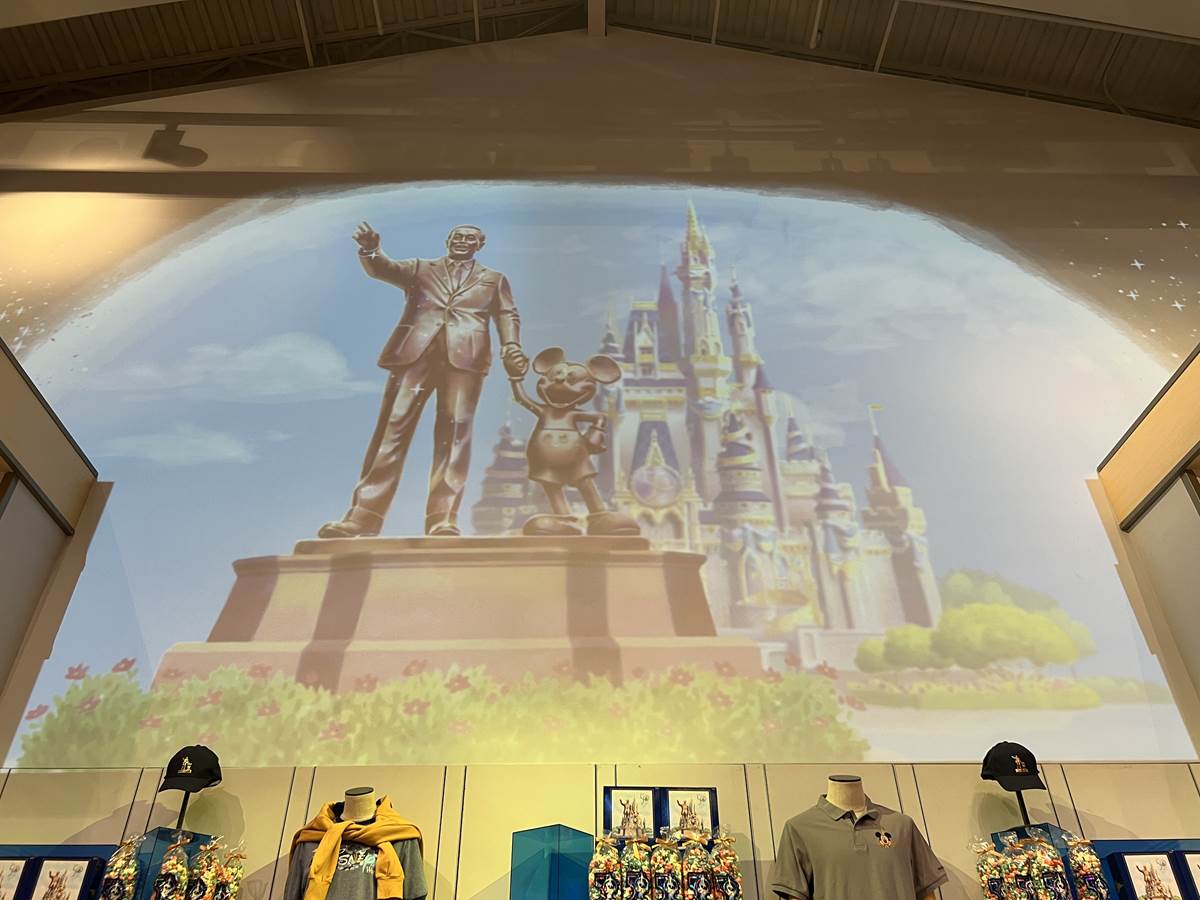 Aside from new merchandise displays, other 50th Anniversary touches can be found throughout the section of the store dedicated to the World’s Most Magical Celebration merchandise. Plaques honoring the four parks can be found atop shelves, and projections featuring park iconography and animations can be seen on the surrounding walls. 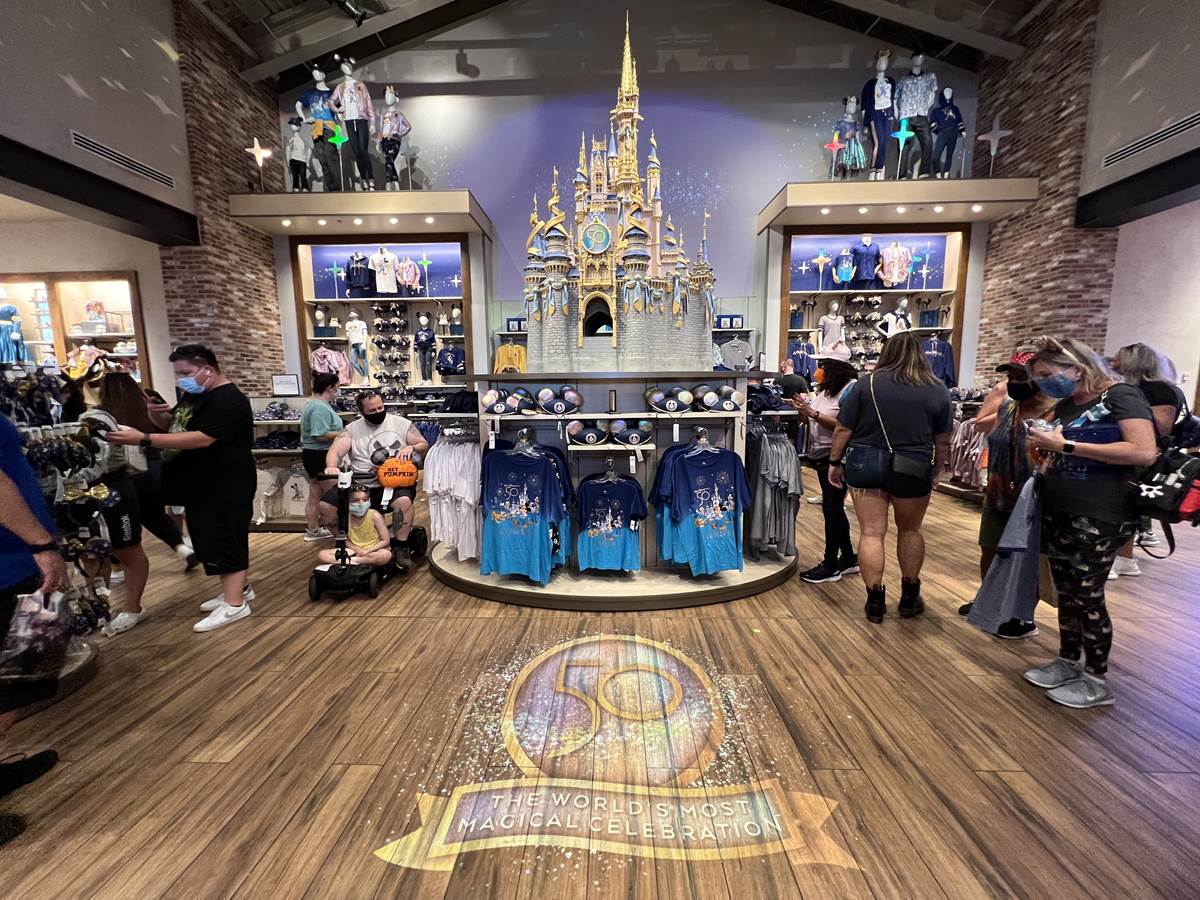 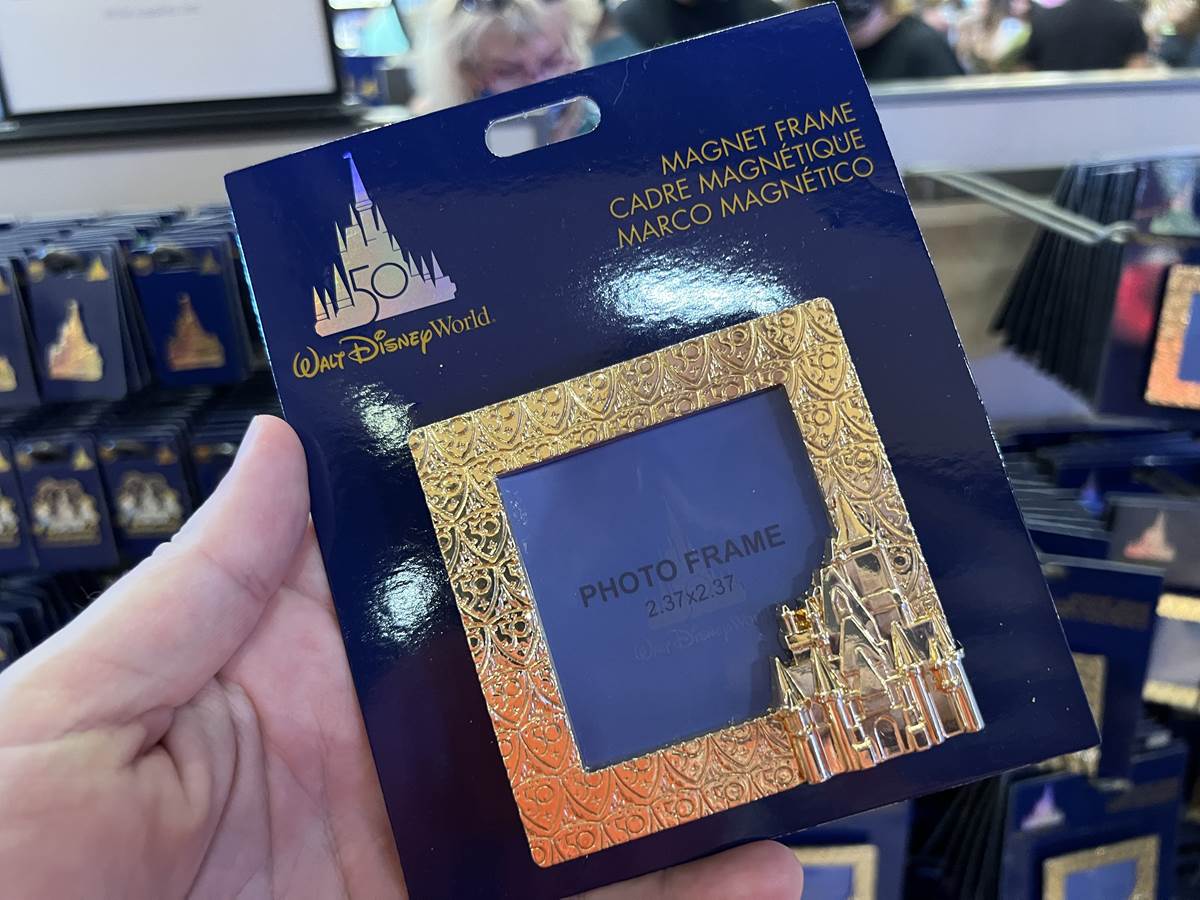 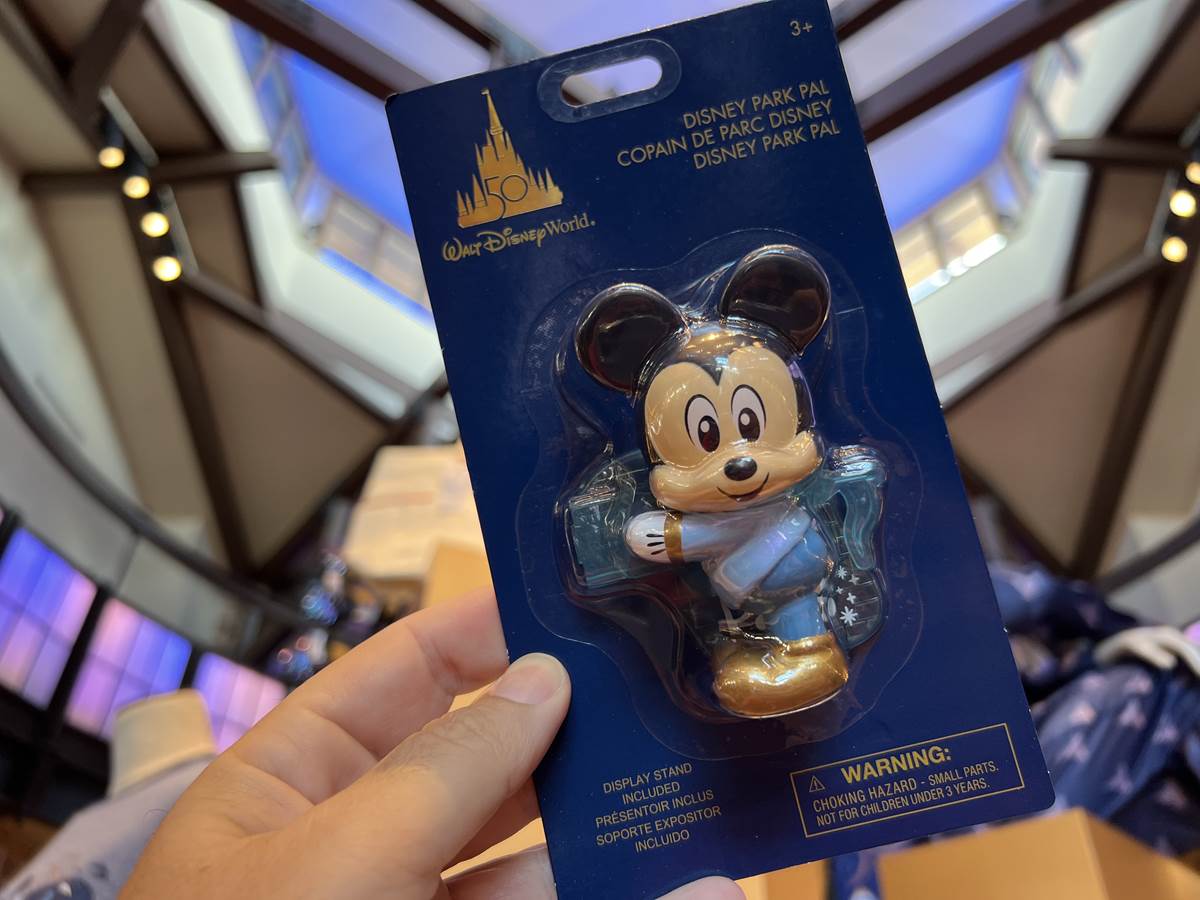 The World’s Most Magical Celebration starts on October 1st, and will see the debut of two new fireworks shows, Harmonious at EPCOT and Disney Enchantment at Magic Kingdom. Throughout the four theme parks, guests will also be able to find 50 gold character statues, the Disney Fab 50 collection. The 18 month long event will also see the opening of Remy’s Ratatouille Adventure at EPCOT, and the new Disney KiteTails at Disney’s Animal Kingdom, and that’s just what starts on October 1st!