Photos – “Drawing on Inspiration: Celebrating 50 Years of Magic” at EPCOT International Festival of the Arts

As part of the EPCOT International Festival of the Arts, and in celebration of 50 years of Walt Disney World, Disney Imagineers have showcased mesmerizing illustrations, each inspired by some of their most magical memories. The exhibit is titled “Drawing on Inspiration: Celebrating 50 Years of Magic,” and can be found on a set of construction walls in the center of the park. 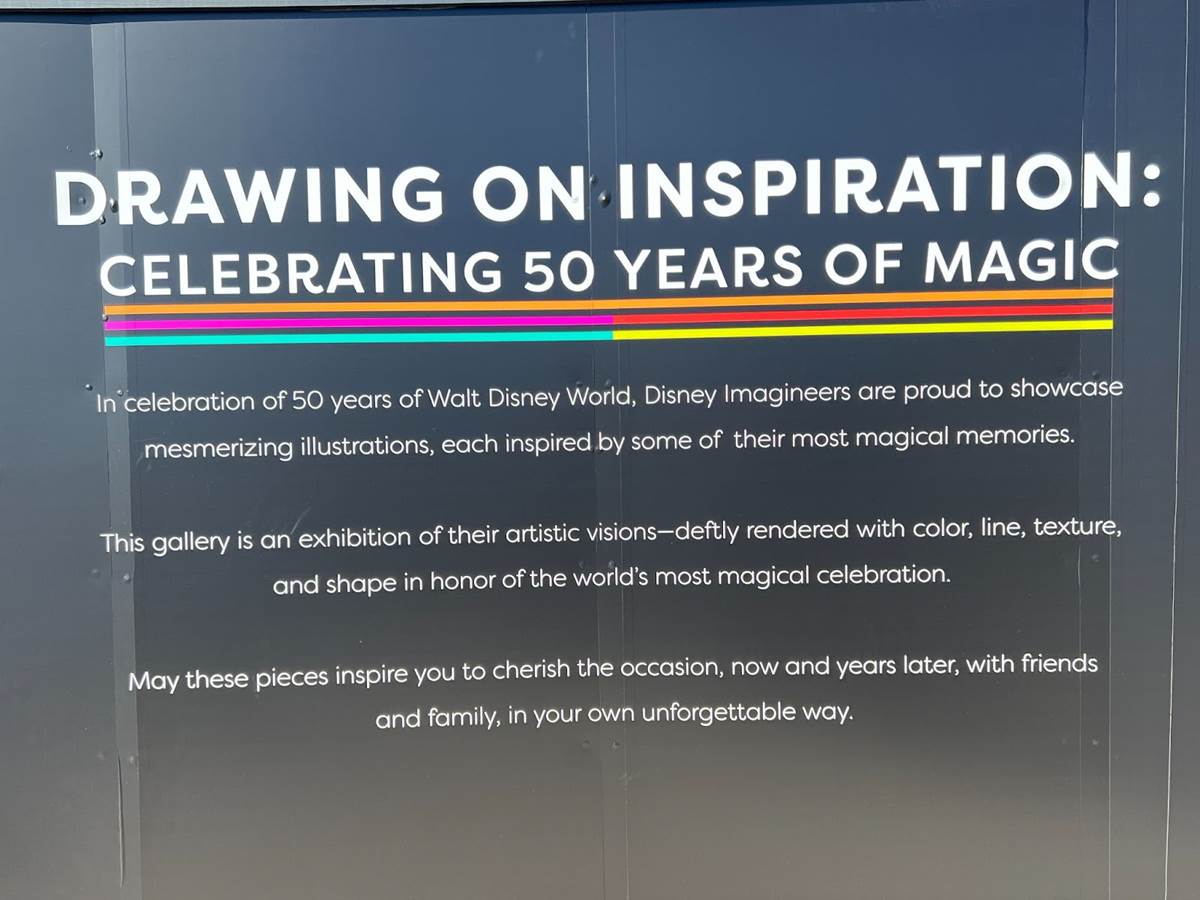 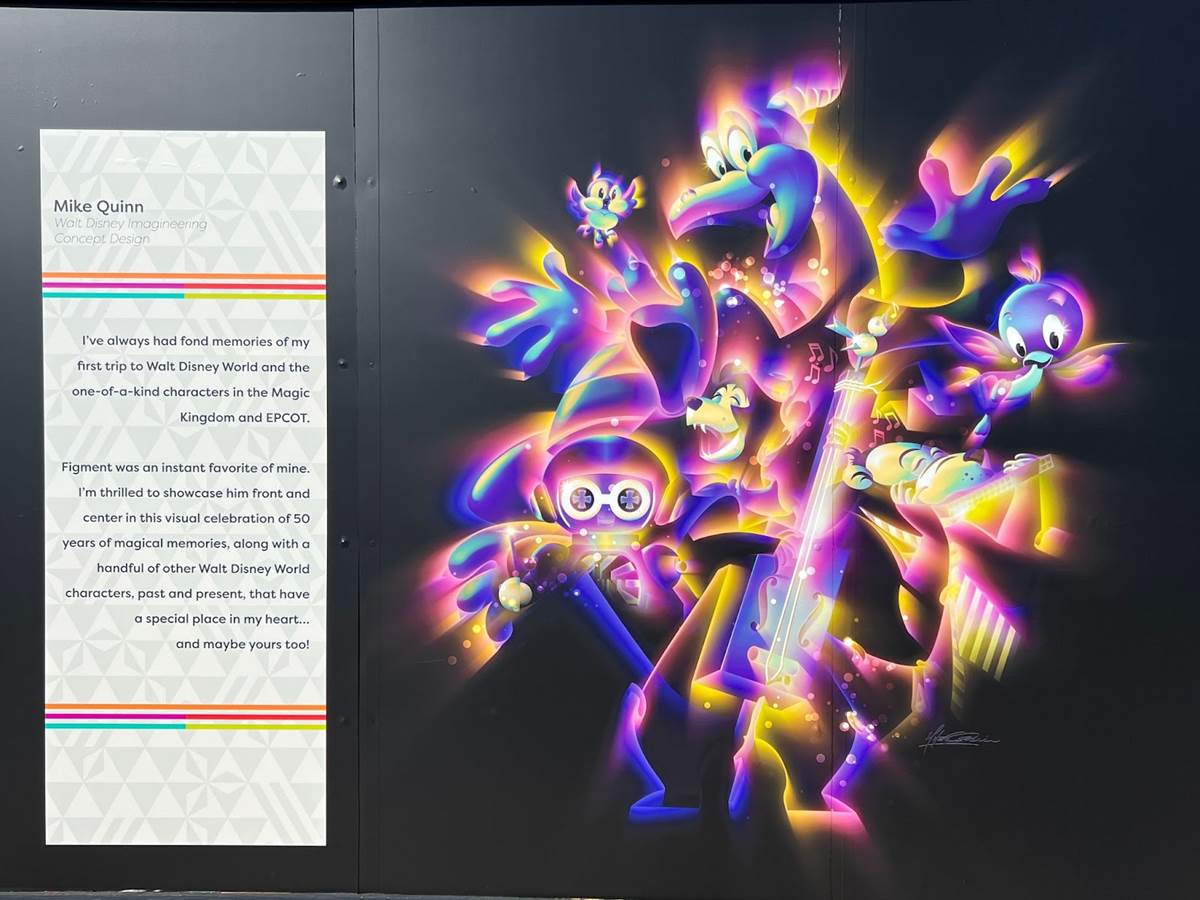 This first piece is from Imagineer Mike Quinn, featuring many park-exclusive characters, such as Figment, Orange Bird and the Country Bears. Imagineer Will Martinez celebrates the 50th anniversary of The Haunted Mansion at the Magic Kingdom with his piece. 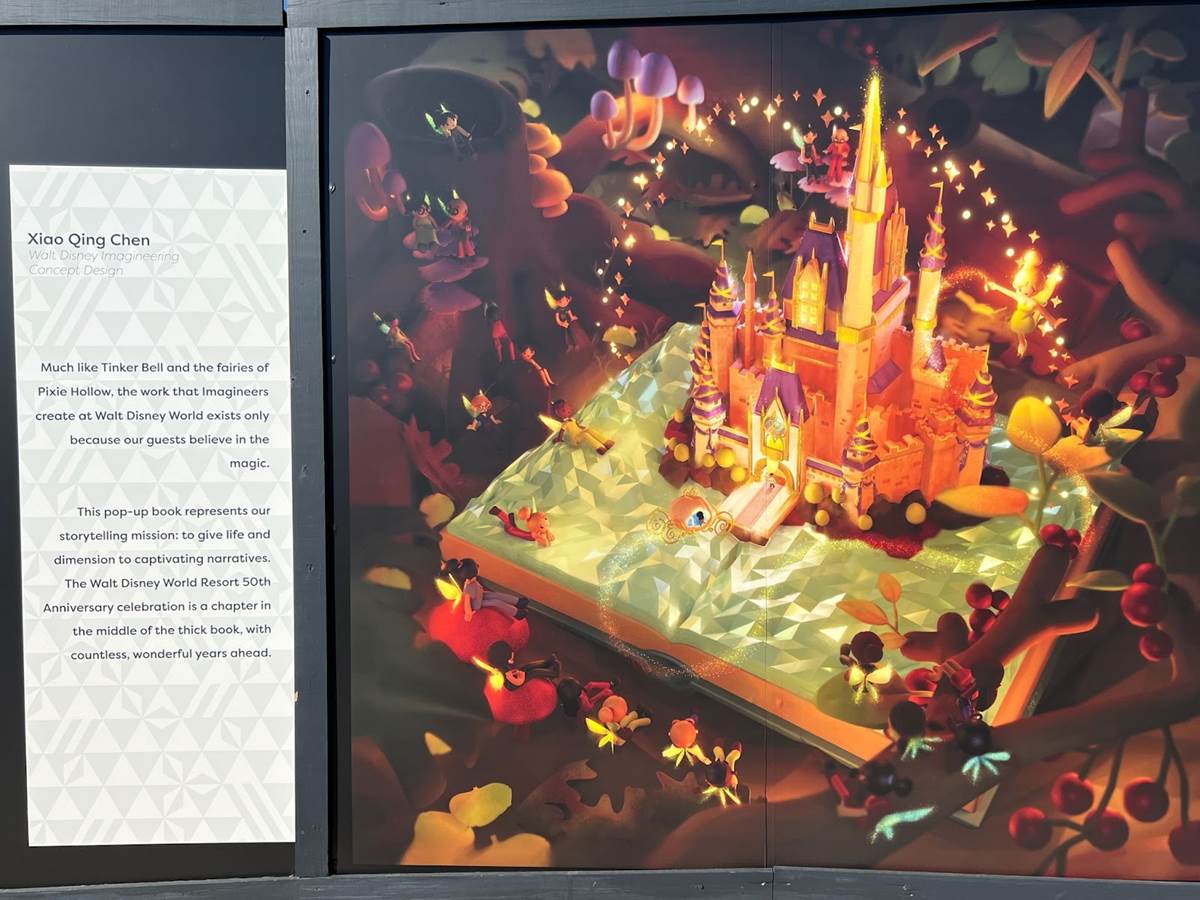 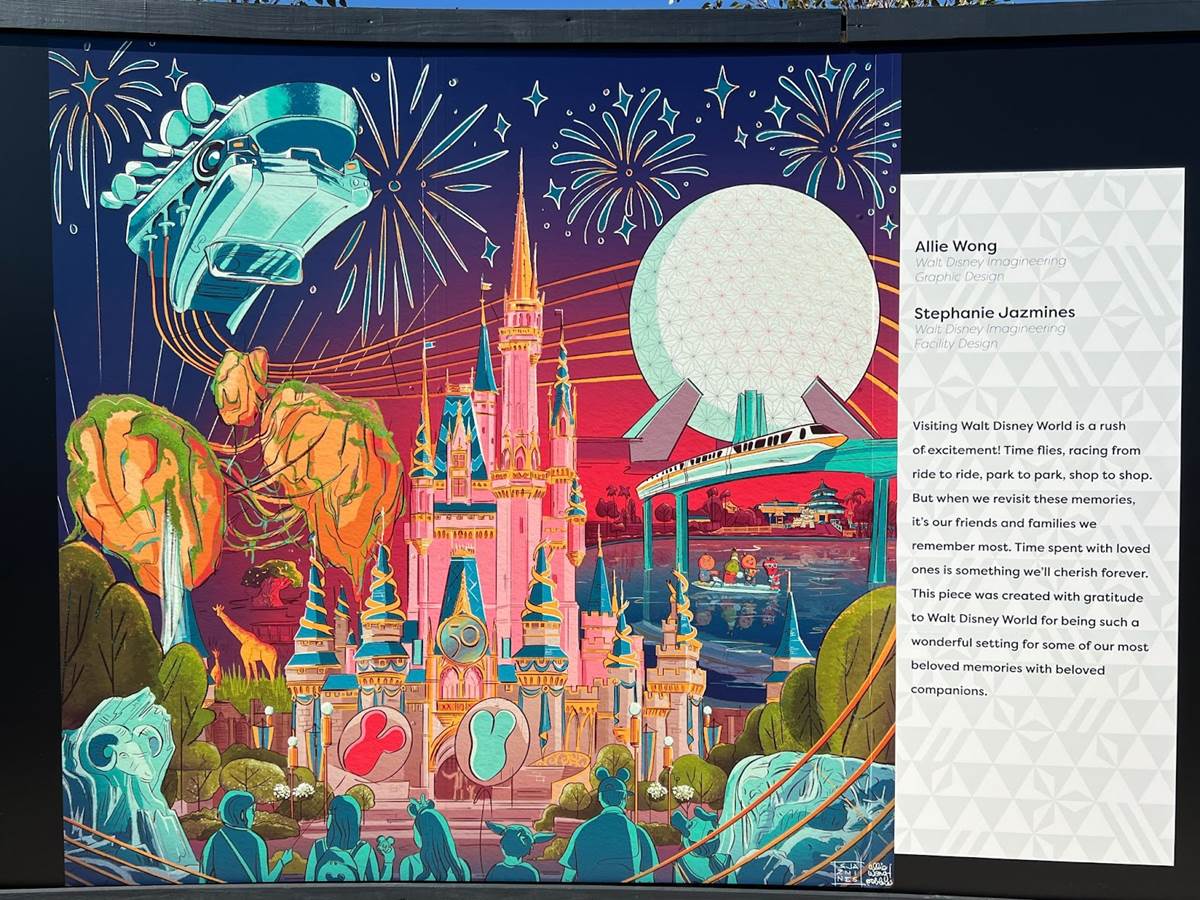 Imagineers Allie Wong and Stephanie Jazmines worked together on this piece celebrating all four parks. If you look under Spaceship Earth, you can see the Peach Boys from Food Rocks, a show that once called The Land pavilion home. 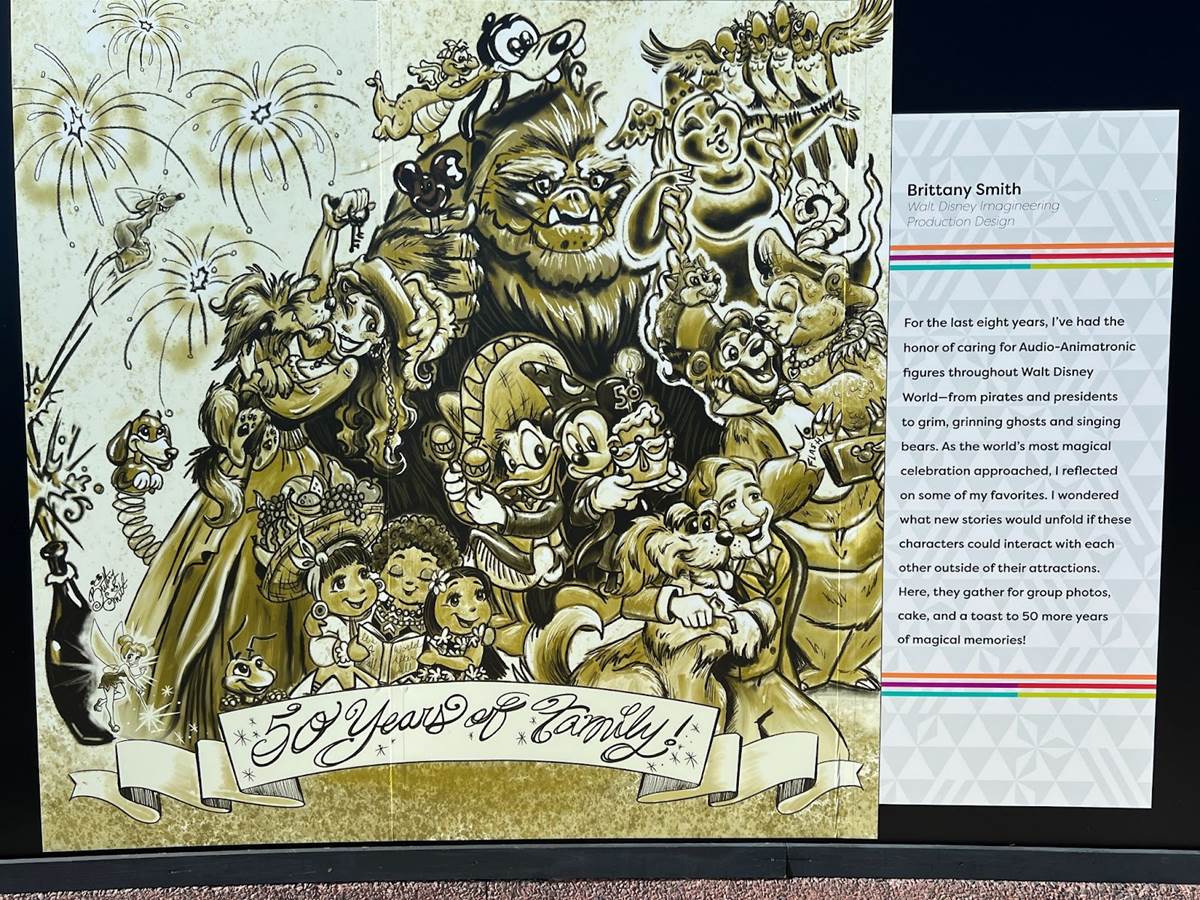 Family celebrations are what a Disney vacation is all about, and Imagineer Brittany Smith acknowledges that with her piece. And finally, we have Imagineer Jessica Hillis translating a day at the Most Magical Place on Earth into a comic strip.

More from the EPCOT International Festival of the Arts:

Stay tuned to Laughing Place for more from the EPCOT International Festival of the Arts!