As announced last month, ride testing for TRON Lightcycle / Run has begun at the Magic Kingdom. Today, Jeremiah was at the park to check in on the latest progress and was able to catch a few cycles of the lightcycles making their way around the track. We’ll start off this update with the view that can be seen from Storybook Circus. 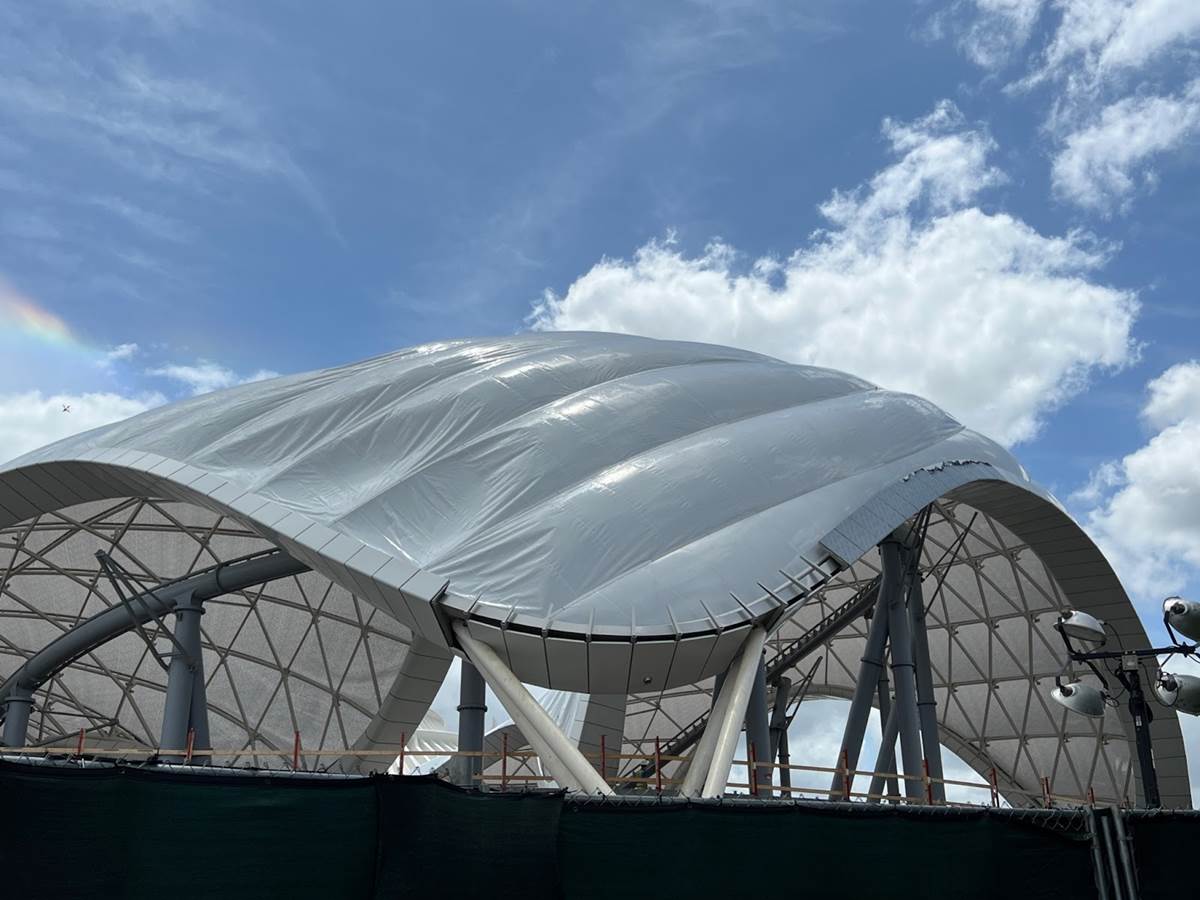 Construction appears to be mostly complete on the canopy over the exterior portion of the track, utilizing a special plastic polymer that is filled with air. 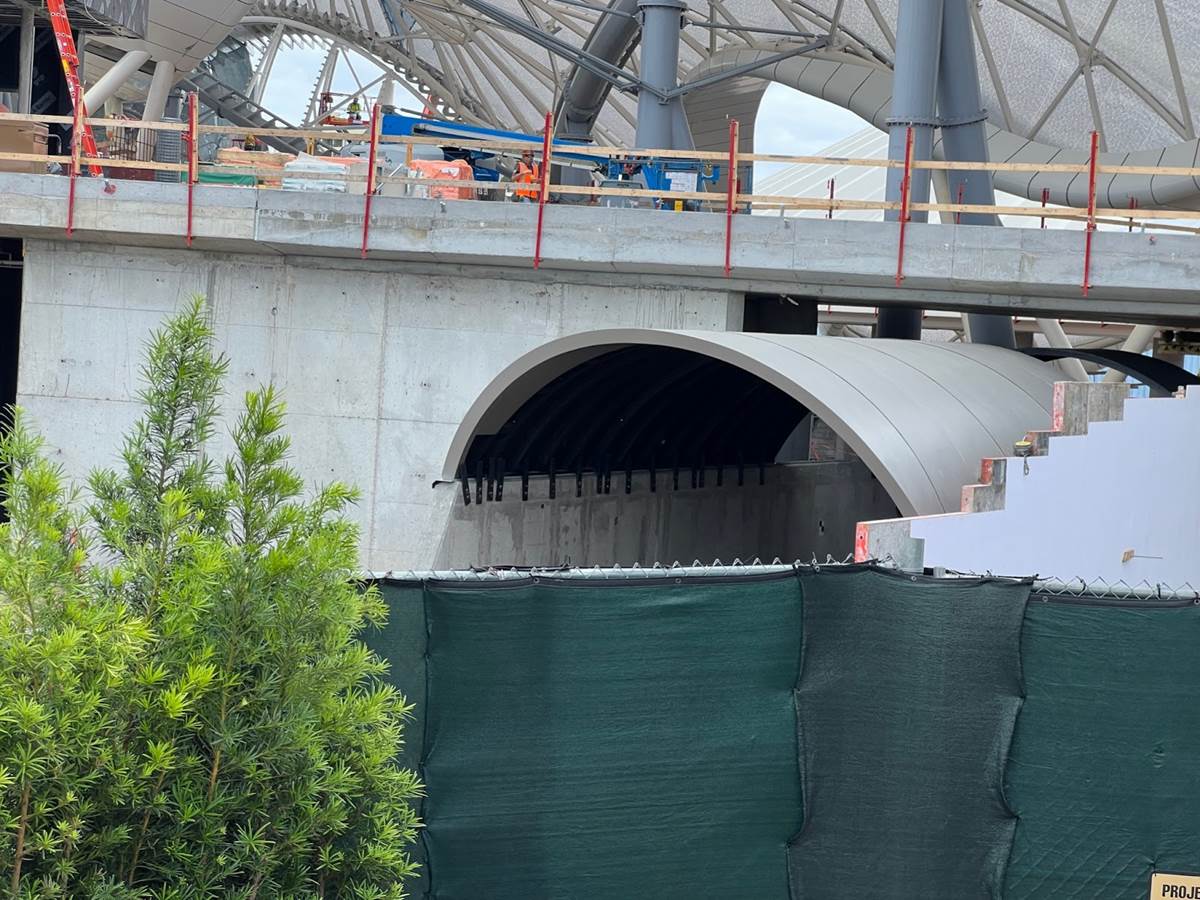 This tunnel will be used by the Walt Disney World Railroad when it finally reopens. In fact, the train will pass completely underneath the attraction. When the attraction opens, guests will be able to climb aboard their own Lightcycle and hold on as they are swept into the computer world of TRON, beginning a race that will be unlike any other. TRON Lightcycle / Run is reported to be nearly identical to the coaster that debuted in Shanghai Disneyland when that park opened. That version of the attraction has remained extremely popular with park guests, and is a big hit with fans from all over the world. Here’s a look at how the completed canopy looks from the Tomorrowland Speedway. 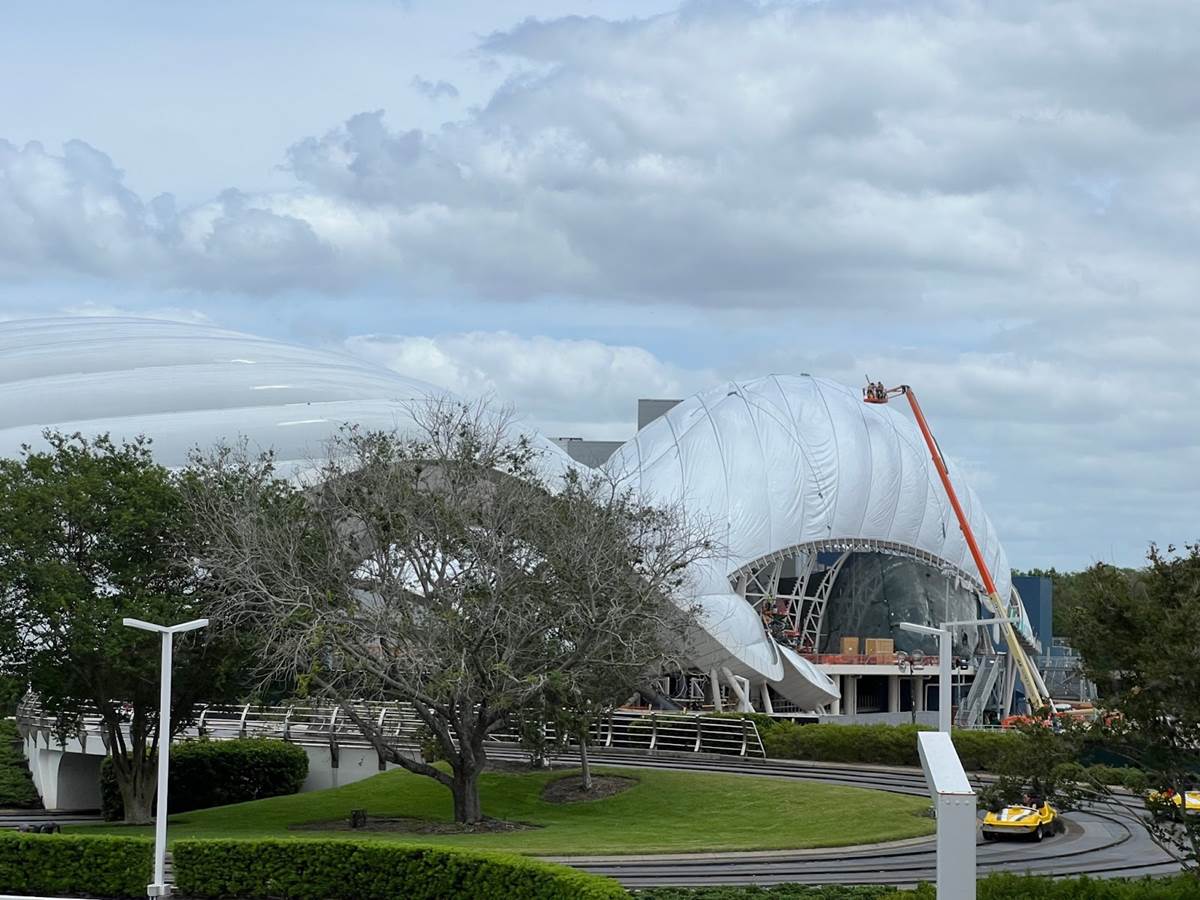 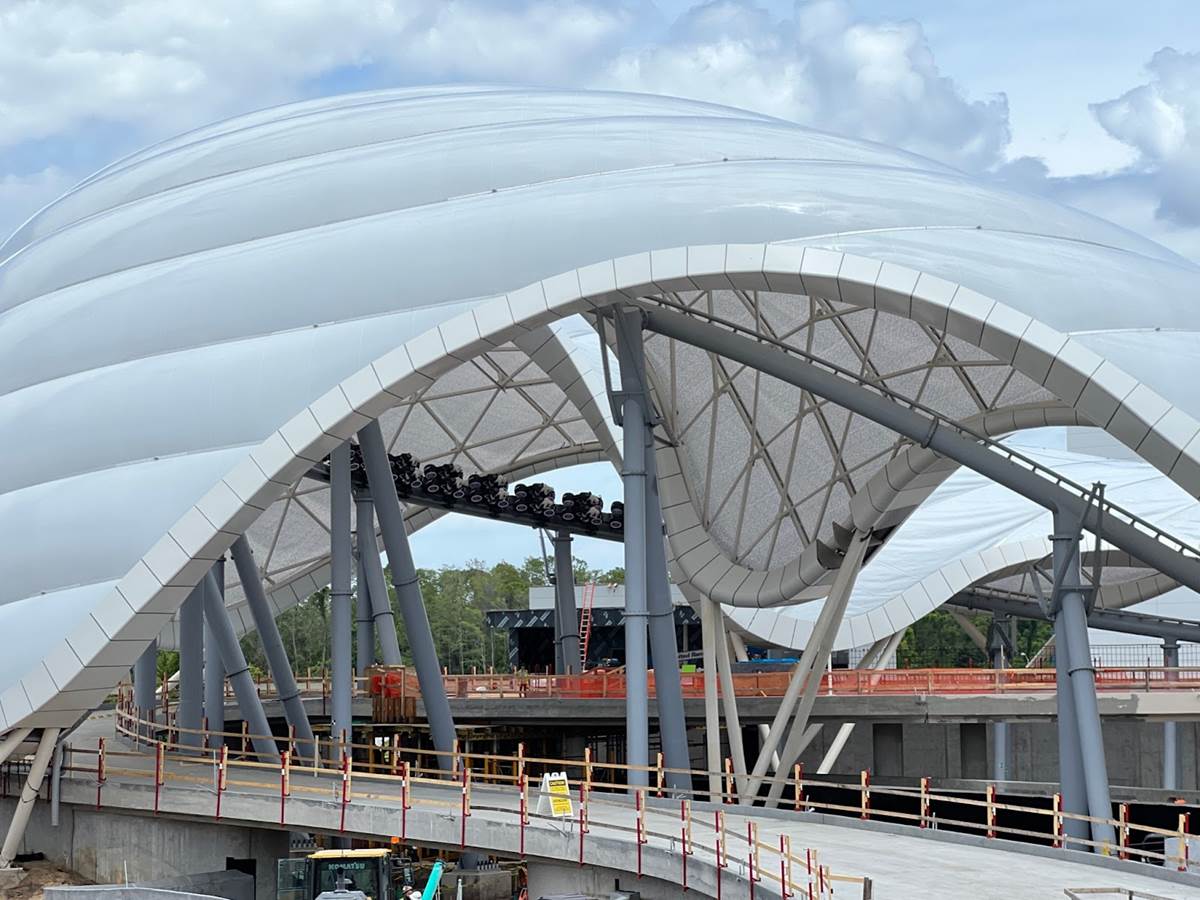 Jeremiah caught a glimpse of the ride vehicles testing. You can get an even better look at it in the video below: 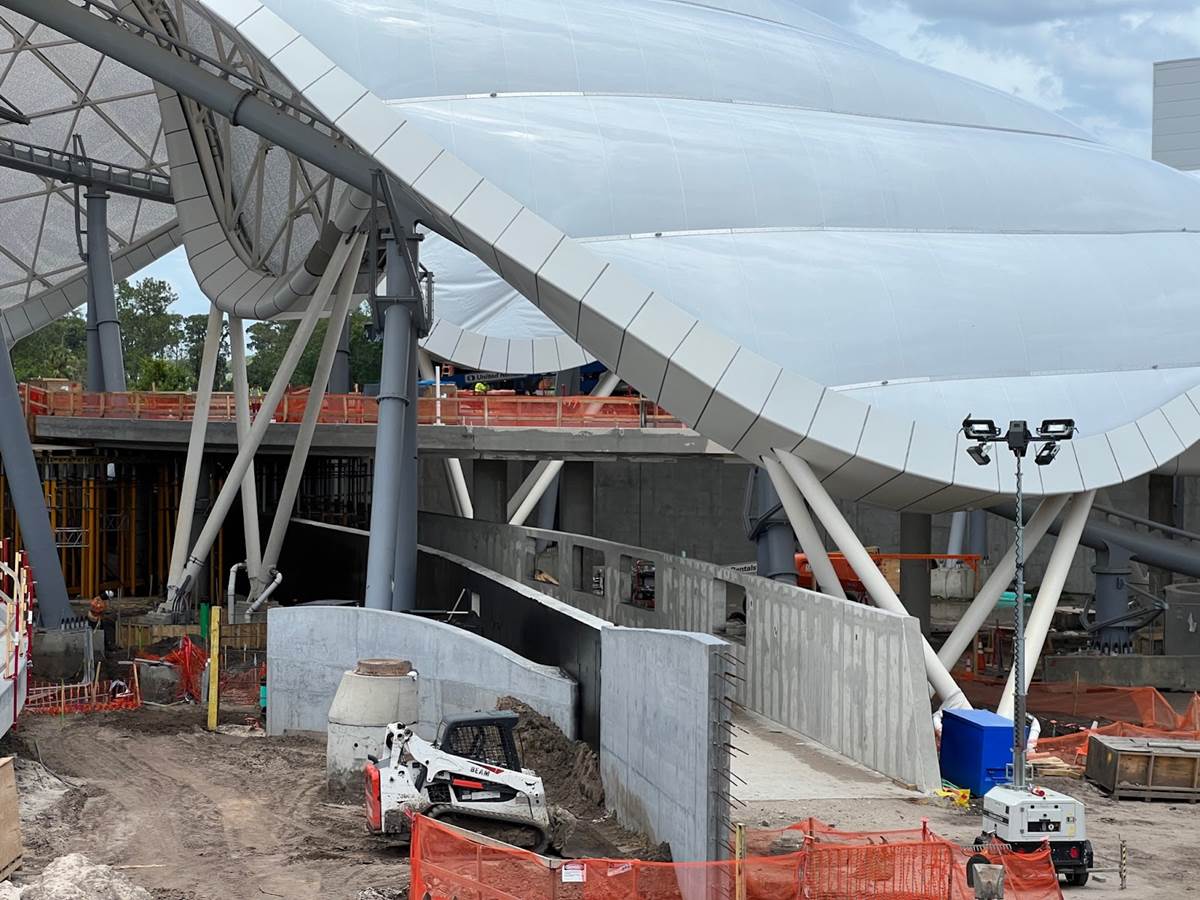 We’re still waiting on an official opening date for TRON Lightcycle / Run, but with all the recent progress, hopefully it will open soon!