Disney+ has released a list of everything coming to the streaming service in July. Highlights include a new seasonal short from The Wonderful World of Mickey Mouse, National Geographic’s America the Beautiful, and the Season 3 premiere of High School Musical: The Musical: The Series. Here’s everything we know is coming to Disney+ next month. 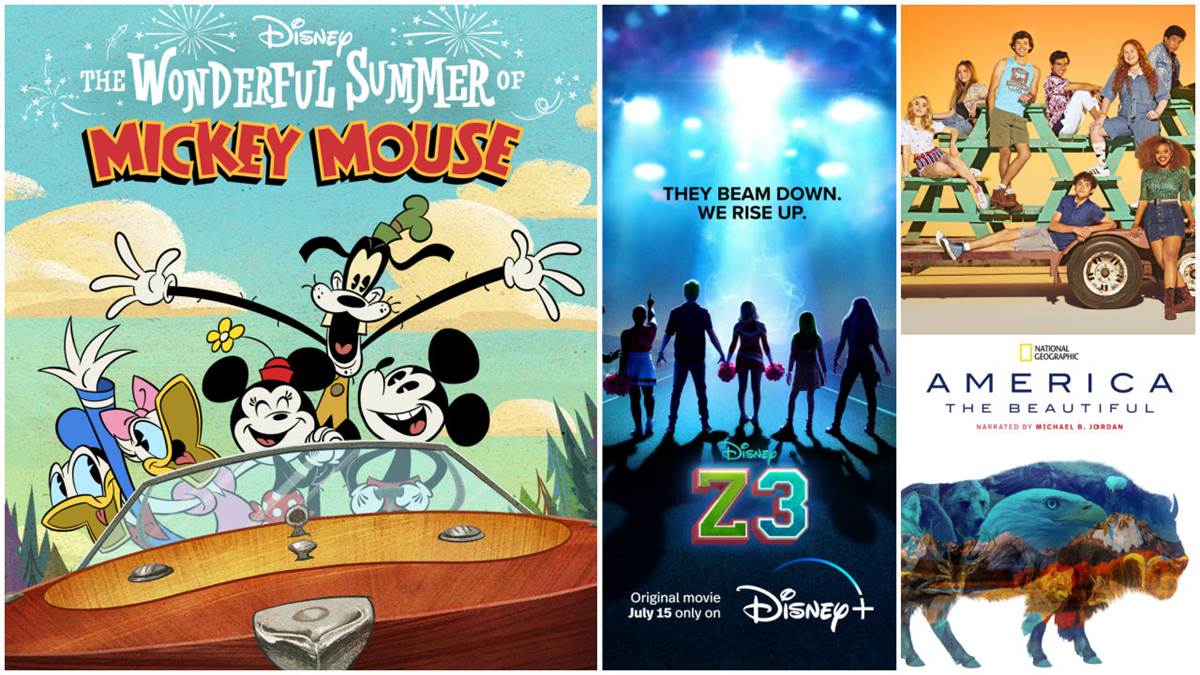 Marvel Studios Assembled: The Making of Doctor Strange in the Multiverse of Madness – July 1st

Join visionary director Sam Raimi and the cast of the film as they recount their experiences bringing Marvel’s darkest story to life.  From world-building to universe-building, hear first hand accounts from the cast and crew on what it took to design, create and make each universe unique and believable. Discover all this and more in Assembled: The Making of Doctor Strange In The Multiverse of Madness.

Mickey Mouse and his friends each recall the wild events leading up to the Annual Summer Fireworks Spectacular from their point-of-view.

It’s Zed and Addison’s final year at Seabrook and things are better than ever. The town has finally accepted monsters as a part of Seabrook and has become a safe haven for monsters and humans alike. Zed is on the cusp of receiving a football scholarship and becoming the first Zombie to ever attend college (and he’s excited to join Addison who has already been admitted). Addison is excited to mark the opening of the town’s brand new “cheer pavilion” by inviting cheer teams from all over the world to compete in an “international cheer-off.” However, the town is shocked by the arrival of a new group of intergalactic outsiders – Aliens, who show up to compete in the cheer-off. Though they begrudgingly allow the Aliens to stay for the competition – the monsters and humans of Seabrook grow suspicious when they discover that the Aliens may be looking for more than a friendly competition. Some flashing lights sequences or patterns may affect photosensitive viewers.