While this Saturday, June 23rd, will mark the grand opening of Pixar Pier, the date is also the 55th anniversary of Walt Disney’s Enchanted Tiki Room at Disneyland Park. To celebrate (while hopefully not angering the gods), the resort has released some new merchandise with more to come.

Two new shirts have been unveiled for the occasion. Both are limited releases and the orange one is an Annual Passholder exclusive. Each of these shirts go for $27.99.

Also available are commemorative tumblers, topped with shiny gold lids. While you’re picking up these items, you can also nab Tiki-inspired bags, snow globes, and other goodies. 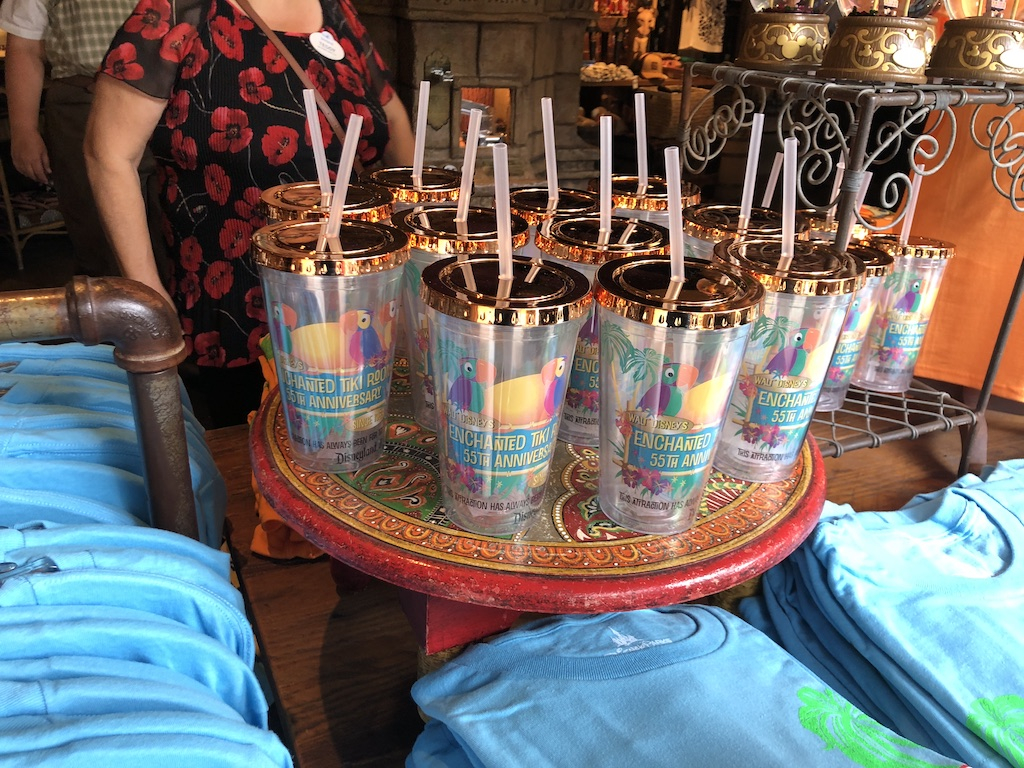 You know Disney couldn’t celebrate a classic attraction’s anniversary without releasing some specialty pins, right? In this case, three items have arrived. These limited edition pins are $16.99 each. 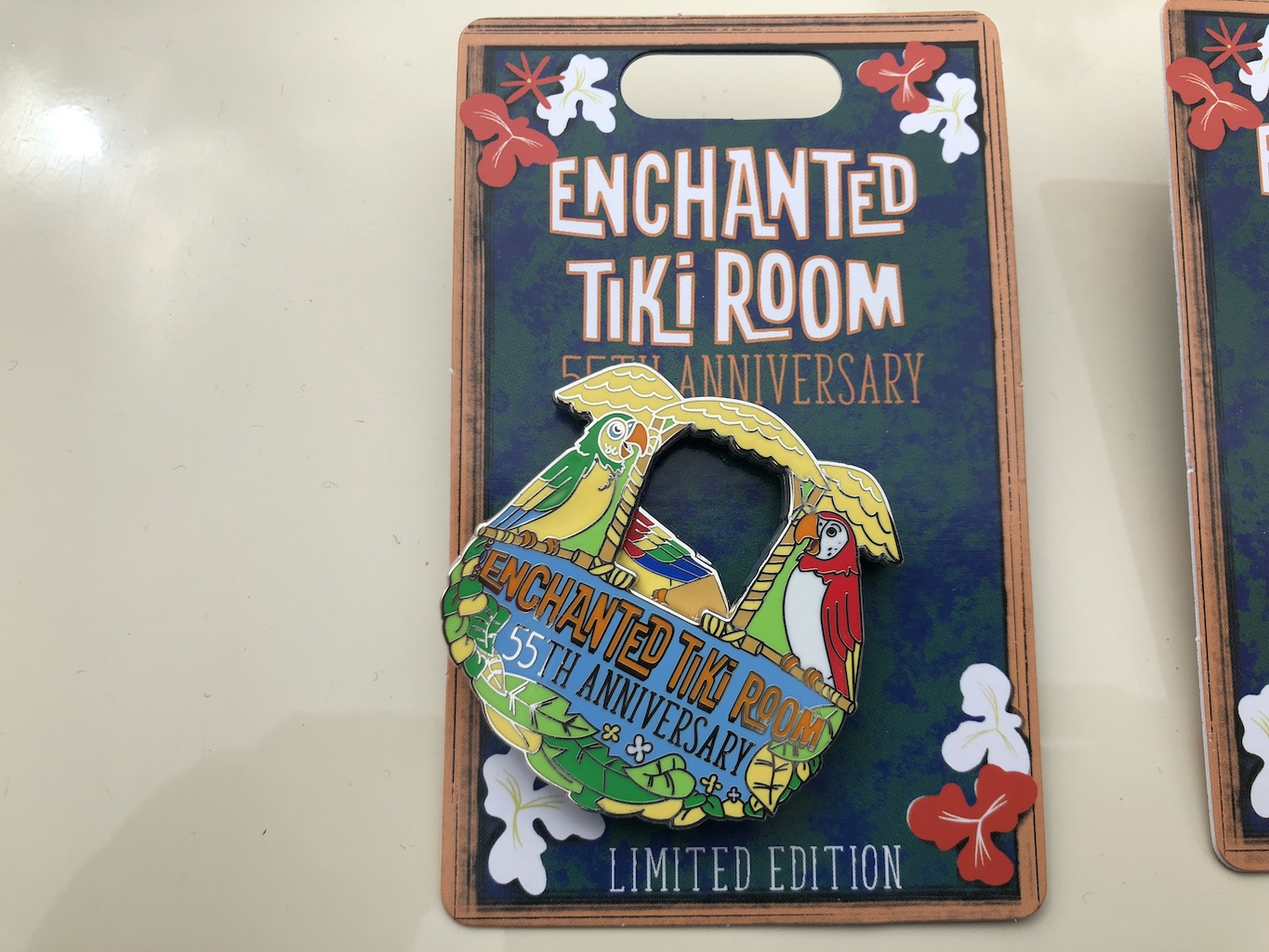 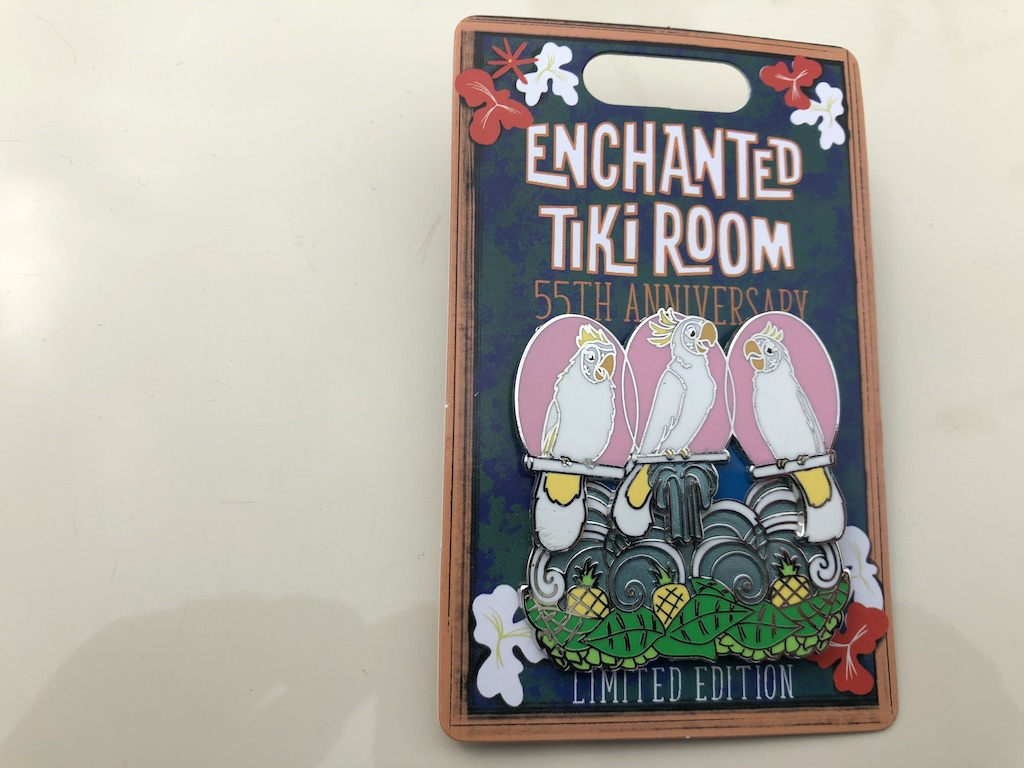 Any Disneyland die-hard knows that there’s no better way to enjoy a trip to the Tiki Room than to grab a frosty Dole Whip beforehand. In honor of the show’s anniversary this weekend, the Tropical Juice Bar will be serving up souvenier Tiki sippers filled with delicious Dole Whip Floats. With the purchase of each $12.99 sipper, you’ll also receive a special “I Was There” Walt Disney’s Enchanted Tiki Room 55th Anniversary button.

Speaking of buttons, if you’re one of the lucky guests who gets to help kick off the show, you might also get your hands on one of these “I Woke Up Jose” commemorative buttons as well. Tomorrow, a special Disney Parks exclusive Pop! Vinyl set will be released at the Disneyland Resort (and Walt Disney World, if you happen to be over that way). You can pick up this one up at Disneyana, Adventureland Bazaar, and Wonderground Gallery while supplies last. 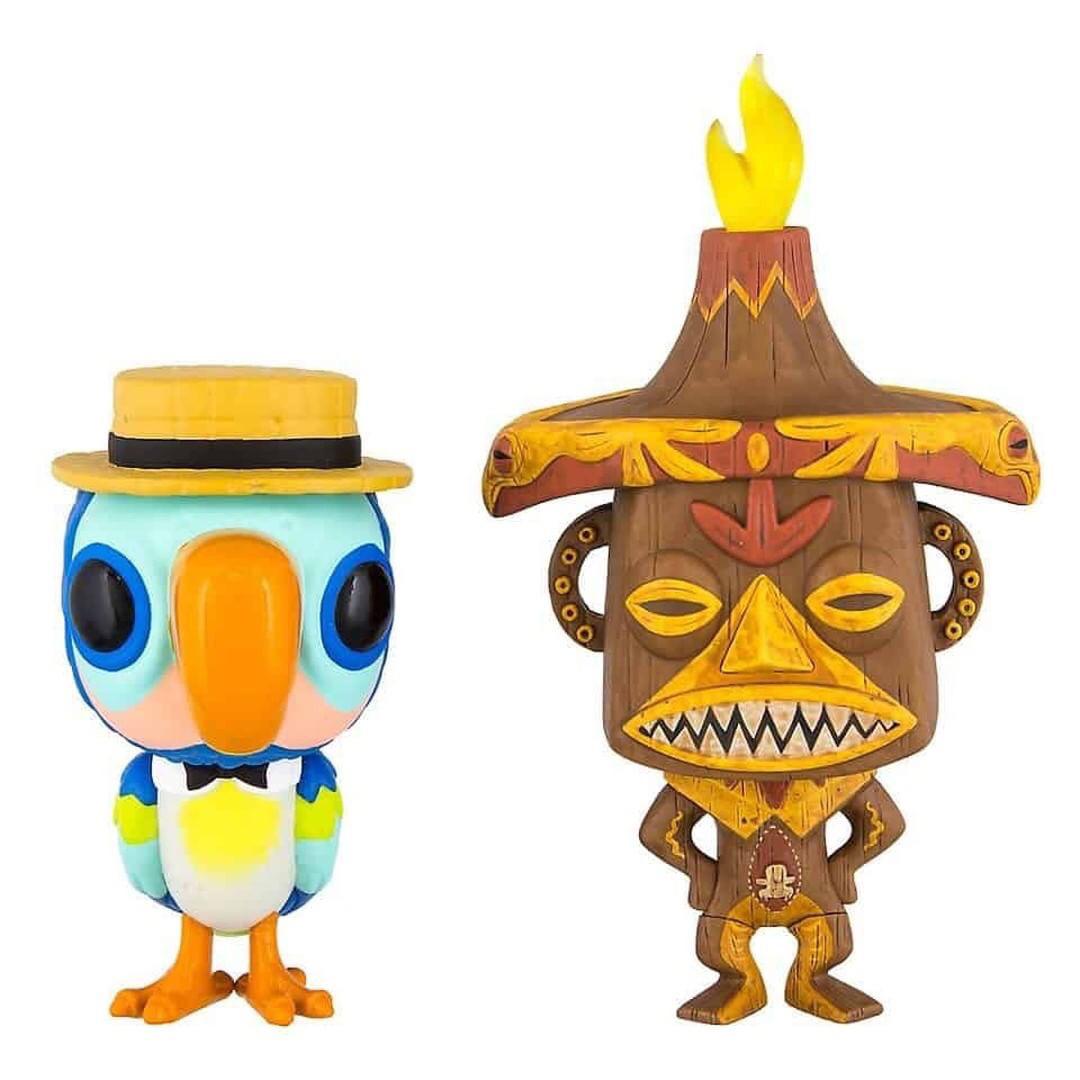 A Piece of History (and a Peek Toward the Future)

Beyond the specialty merchandise, Disneyland is also celebrating the Enchanted Tiki Room’s milestone by sharing the history of the attraction with guests. An informative poster has been added nearby in front of what will become The Tropical Hideaway. This new location between the Tiki Room and world-famous Jungle Cruise replaces Aladdin’s Oasis and promises plenty of Adventures when it opens. 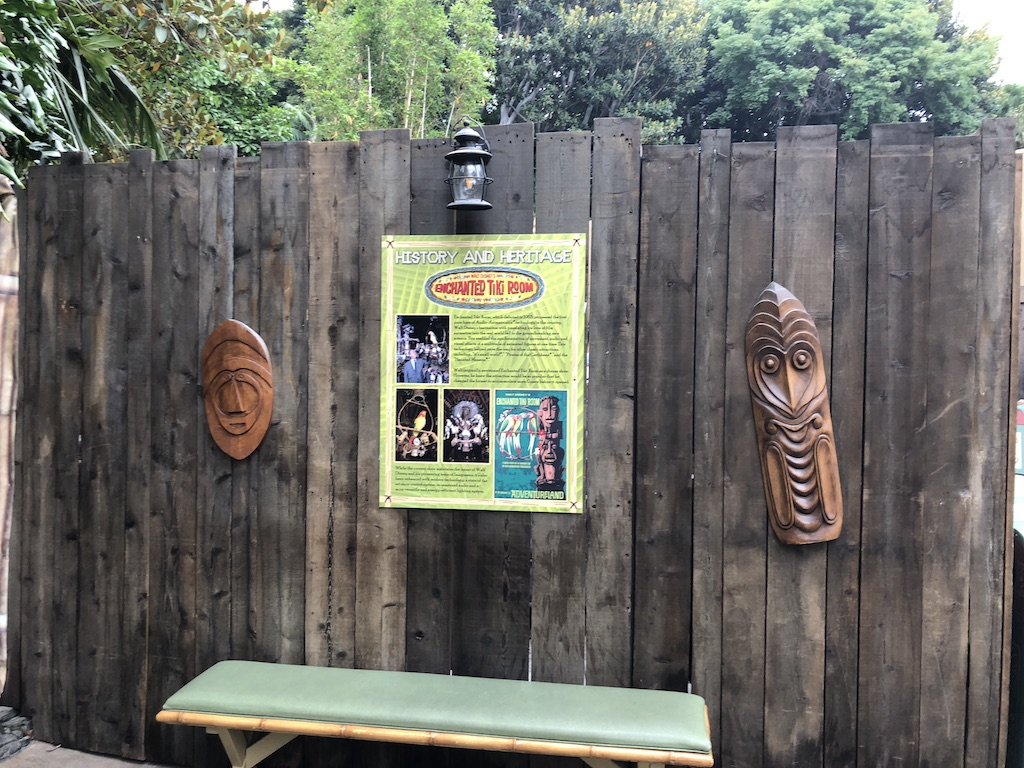 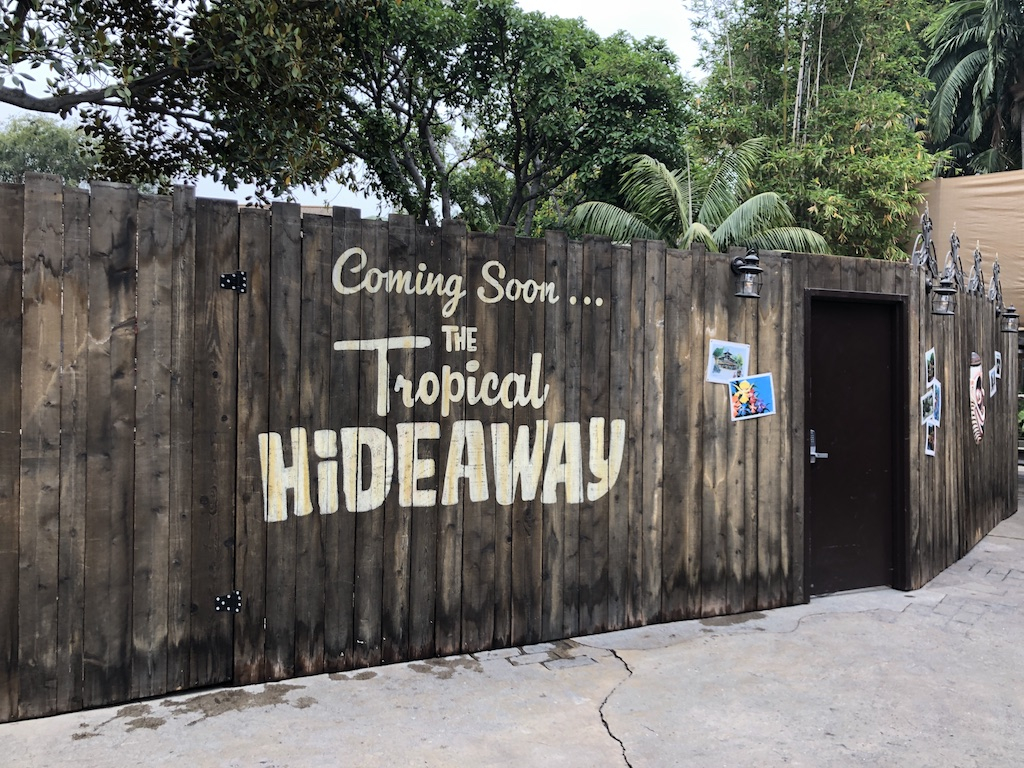 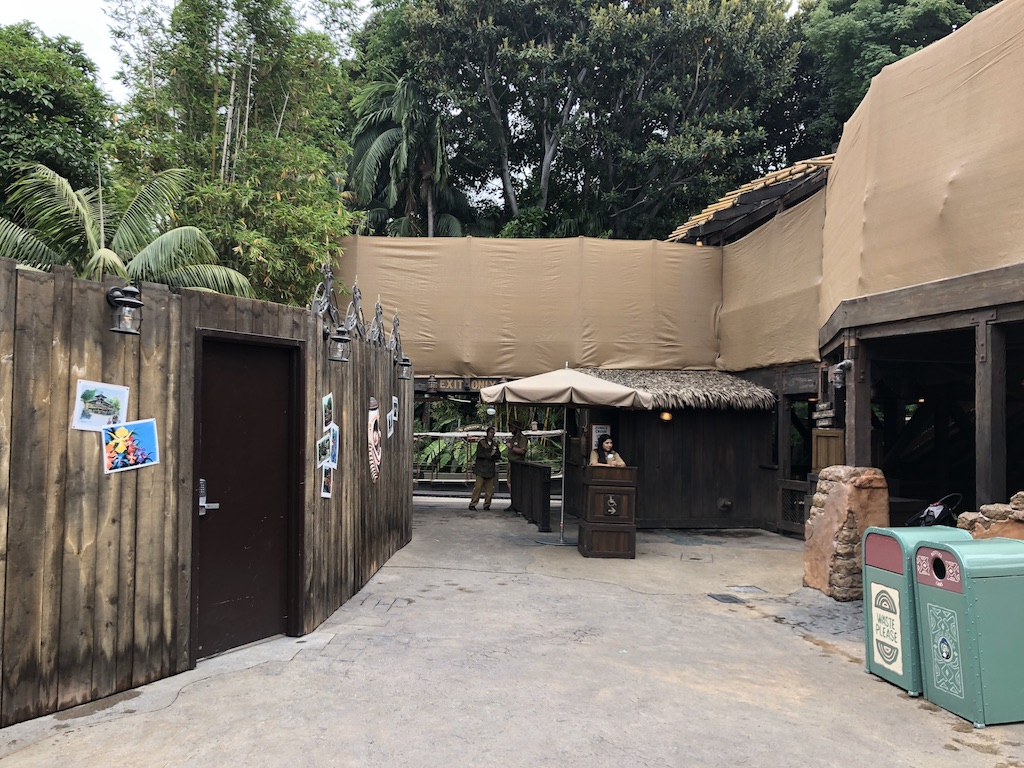 So will you be heading to Adventureland this weekend to celebrate Walt Disney’s Enchanted Tiki Room? And whatever happened to Rosita? In any case, happy 55th to a classic attraction.