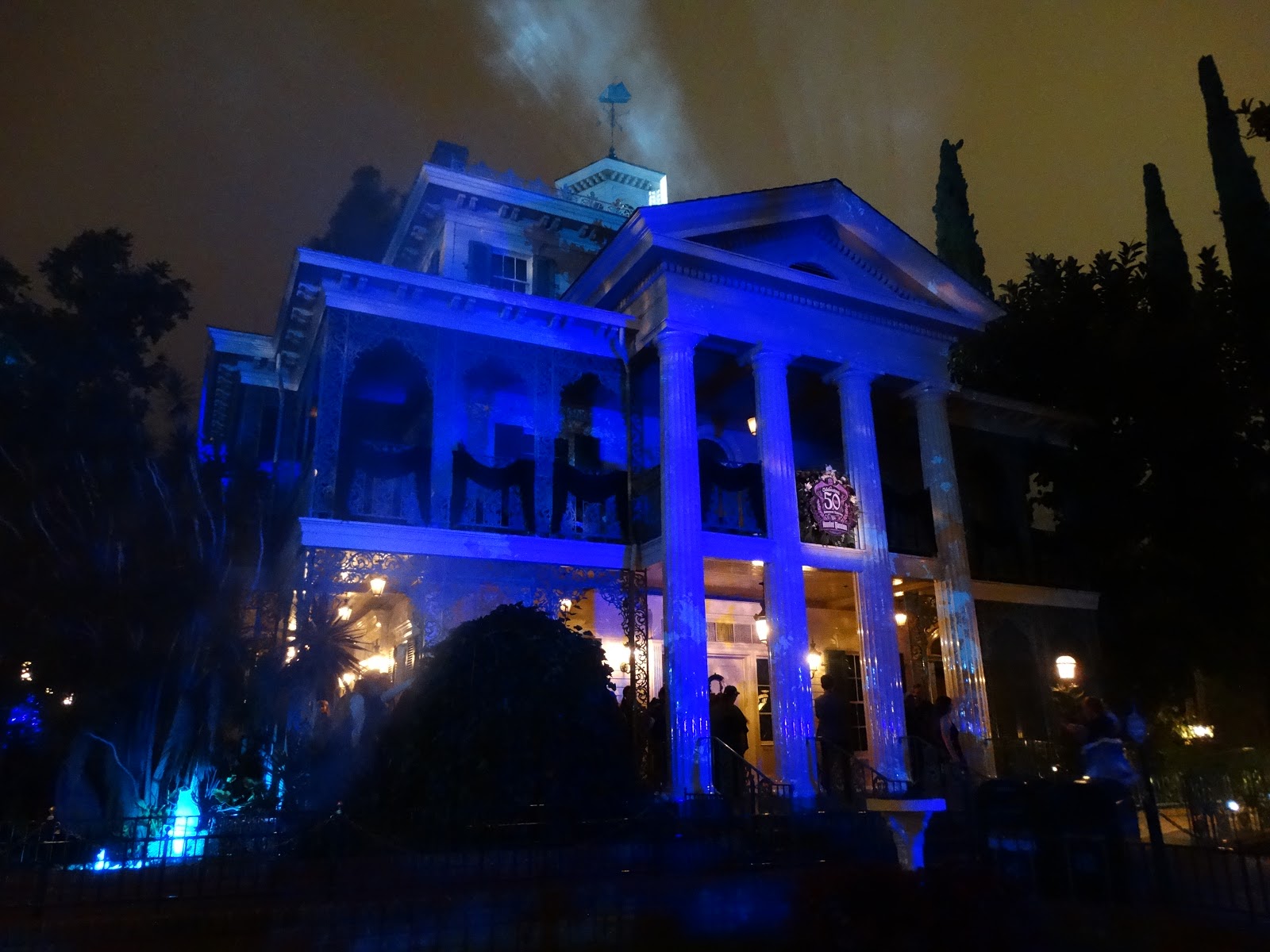 “When hinges creak in doorless chambers…” That is the time to celebrate the 50th anniversary of the most famous haunted house theme park attraction in the world: Disneyland’s The Haunted Mansion, which first opened its doors to guests exactly five decades ago on August 9, 1969.

For the past two nights, in honor of this momentous occasion, Disneyland Resort has hosted an overnight (from 1:00 to 4:00 AM) event called “Celebrating 50 Years of Retirement Unliving” in honor of The Haunted Mansion’s most macabre birthday ever. Despite the late hours, guests were welcome to check-in for the event all day long at the Disneyland Hotel, where an impressive setup welcomed them with photo ops and an eerie atmosphere.

Then, upon entering Disneyland itself, attendees were treated to a grand opening in the form of the uniquely creepy show “13th Hour – ‘Awaken the Swinging Wake!’” on Tom Sawyer Island’s “Fantasmic!” stage across the Rivers of America as they watched from New Orleans Square.

Disneyland’s separately ticketed after-hours events have become notorious for their tendency to include appearances by rare Disney characters, and “Celebrating 50 Years of Retirement Unliving” was no different. Guests could meet and have their photos taken with Constance Hatchaway (AKA The Bride) in Frontierland, Sally Slater (AKA Tightrope Girl) in Adventureland, and Ezra, Phineas, & Gus (AKA The Hitchhiking Ghosts) in Critter Country.

My absolute favorite part of this event, however, was the nighttime cruise on the famous Mark Twain Riverboat, complete with foreboding fog on the water and a trip-long performance by the SCAREolers, who sang a cappella renditions of some very recognizable Halloween and dark Disney hits.

If you hung around New Orleans Square long enough during these early morning hours, you were bound to catch a glimpse of Disneyland’s head spiritualist, Madame Leota, who used her mysterious powers to get in touch with supernatural forces from the 21 Royal balcony above Pirates of the Caribbean.

Another fun happening during the evening was the “Creepy Cotillion,” wherein spectral ballroom dancers interacted with guests before waltzing their way into the afterlife.

Of course, no spooky Disneyland event is complete without the Cadaver Dans (also known as the Dapper Dans while in their mortal state), who entertained the crowd with their barbershop quartet versions of “Grim Grinning Ghosts,” among other familiar tunes.

Ticket-holders also found themselves encountering a New Orleans-style funeral procession marching along the riverside, only to stop and party with observers. Something’s knocking from the inside of their coffin… who could it be?

You can’t leave a special Disney Parks event like this without picking up some exclusive merchandise, of which there was certainly plenty. From apparel to toys to artwork, a Haunted Mansion fan with money to spare could walk away from this week’s celebration with carloads of collectibles and memorabilia, all of which was on display in the Disneyland Hotel.

I thought “Celebrating 50 Years of Retirement Unliving” was a tremendous amount of fun, and it’s obvious how much love and care went into creating this event for Haunted Mansion devotees to attend and enjoy. However, at $300 per person, I would say that it should have lasted longer than three hours. The lines to meet characters and pickup specialty food items (included with admission) were lengthy, and because of that it was probably impossible to see and do everything available around the west side of the park. 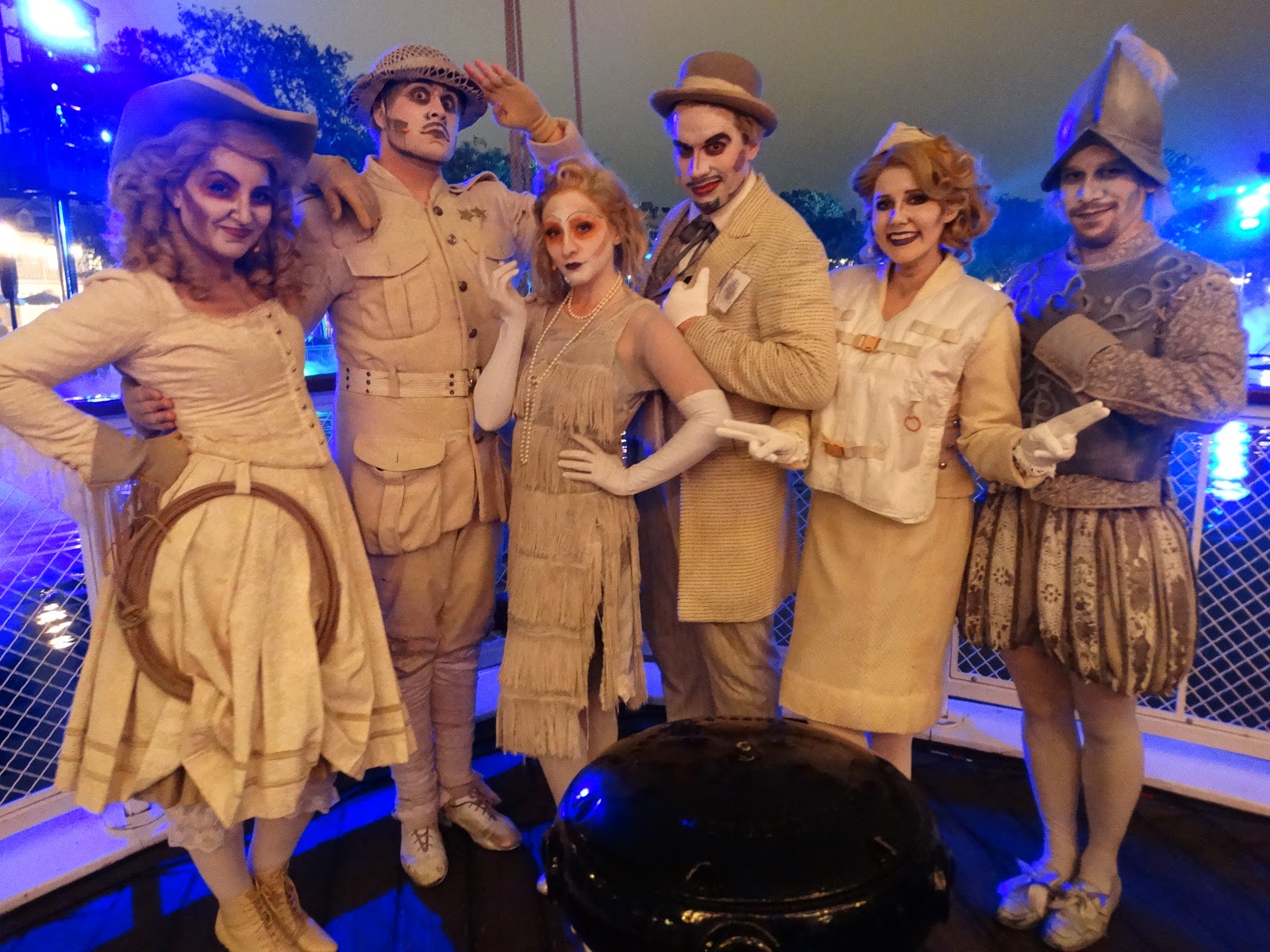 I think five hours with the same content would have made much more sense. I very nearly skipped riding The Haunted Mansion itself because I figured there was other, more unusual stuff happening around, but I jumped on at the very end to find– to my very pleasant surprise– Disneyland had enlisted live actors to perform in the ride as a suit of armor, partygoers in the ballroom, and one of the Hitchhiking Ghosts. While I wasn’t able to get good video footage from inside the attraction, I do hope those in attendance made a point to go on at least once. After all, we were there to celebrate the 50th anniversary of the greatest haunted house attraction of all time. 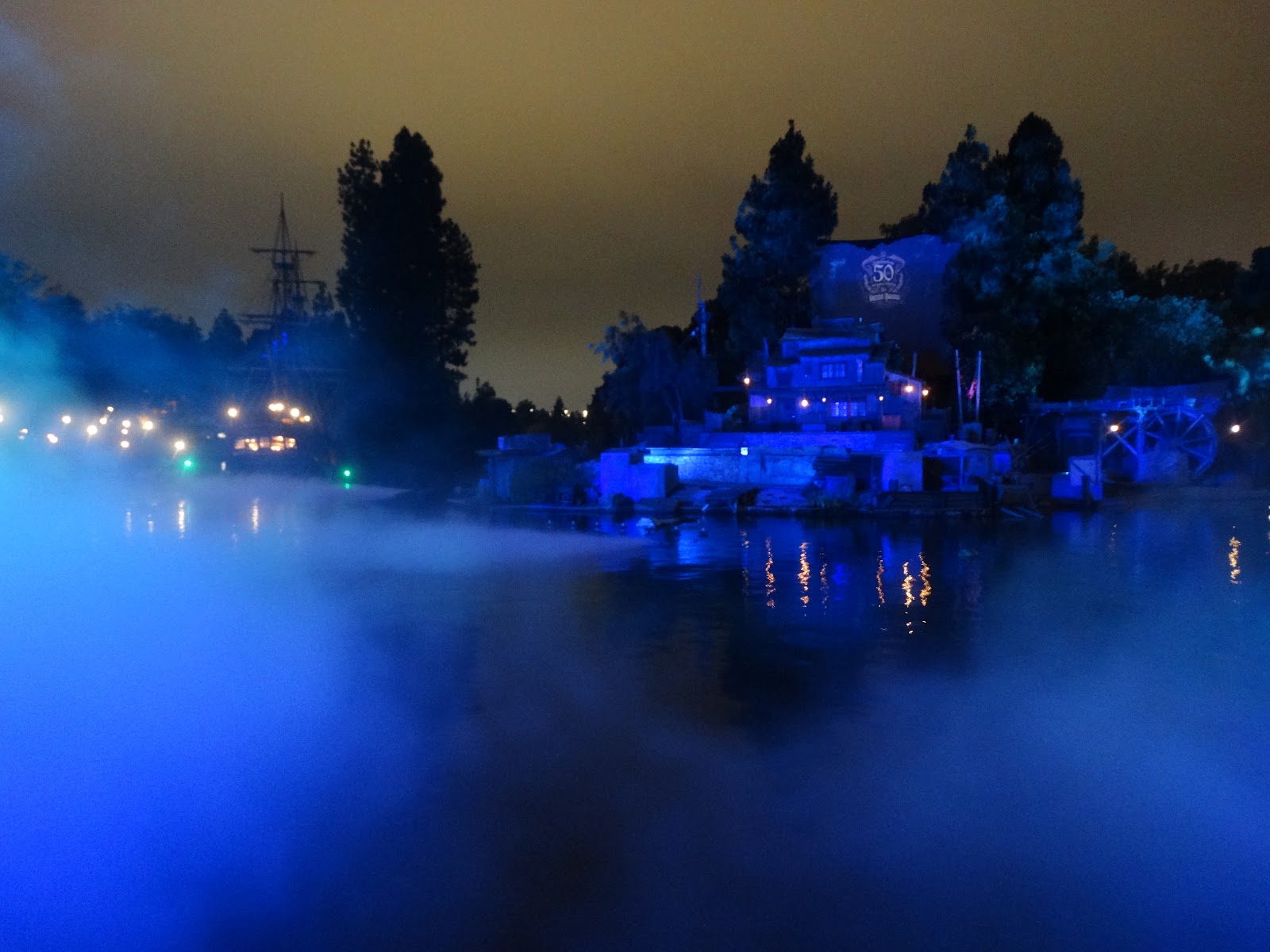 For more information on “Celebrating 50 Years of Retirement Unliving” and to find out about other upcoming Disneyland Resort and Walt Disney World events, be sure to visit the Disney Parks Blog.