Tags: Disney Plus, Encore, Float, Forky Asks a Question, Hero Project, High School Musical: The Musical: The Series, Lady and the Tramp, Legend of The Three Caballeros, Noelle, Pixar In Real Life, Steamboat Willie, The Imagineering Story, The Mandalorian, The World According to Jeff Goldblum

The wait is over and Disney+ is finally here! Each week, Laughing Place will bring you a guide to help you explore all of the new and original content, as well as suggestions for digging into the vast library of content on the streaming platform. Today, we’re looking at your watch list for Tuesday, November 12th, through Thursday, November 14th, as new content is coming this Friday! Here’s what you should focus on if you want to stay current.

Lady and the Tramp 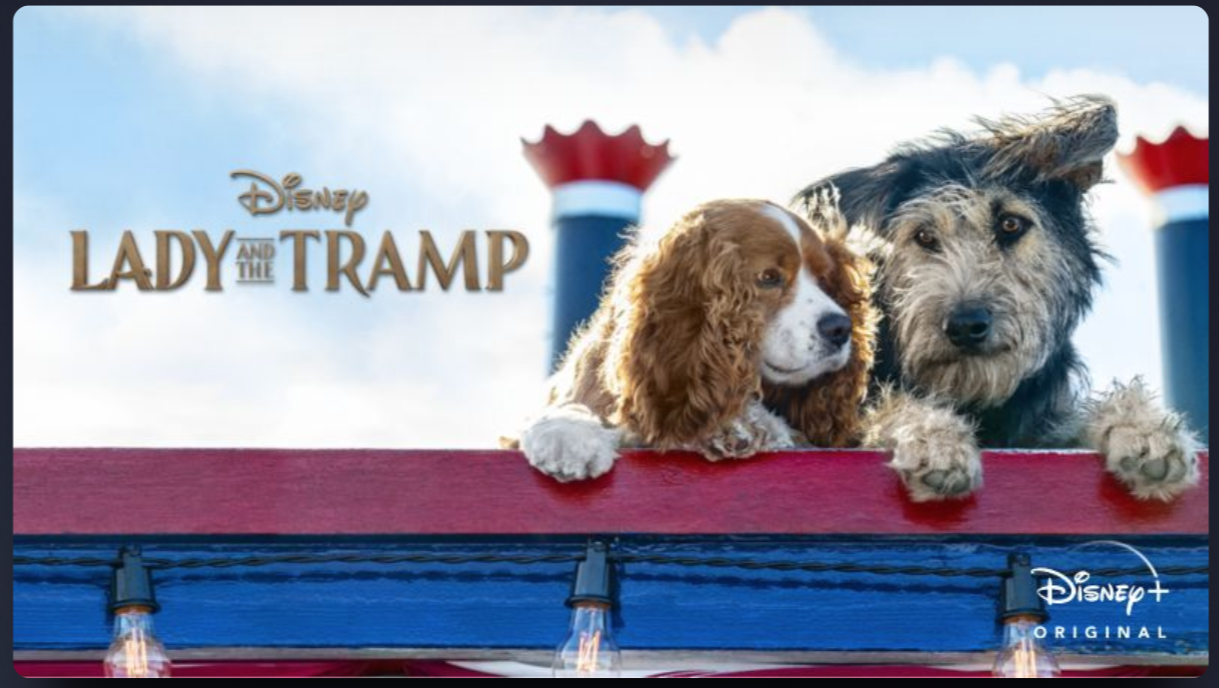 Disney’s live action remake of this animated classic has been the main focus to attract Disney fans to the service. See the real world from a dog’s point of view in this update on a timeless tale. The other exclusive launch title that has received an equal amount of promotion is the first live-action Star Wars series, The Mandalorian. Explore the time period between the original trilogy and the new saga in this gritty, compelling drama.

The Imagineering Story – “The Happiest Place on Earth” 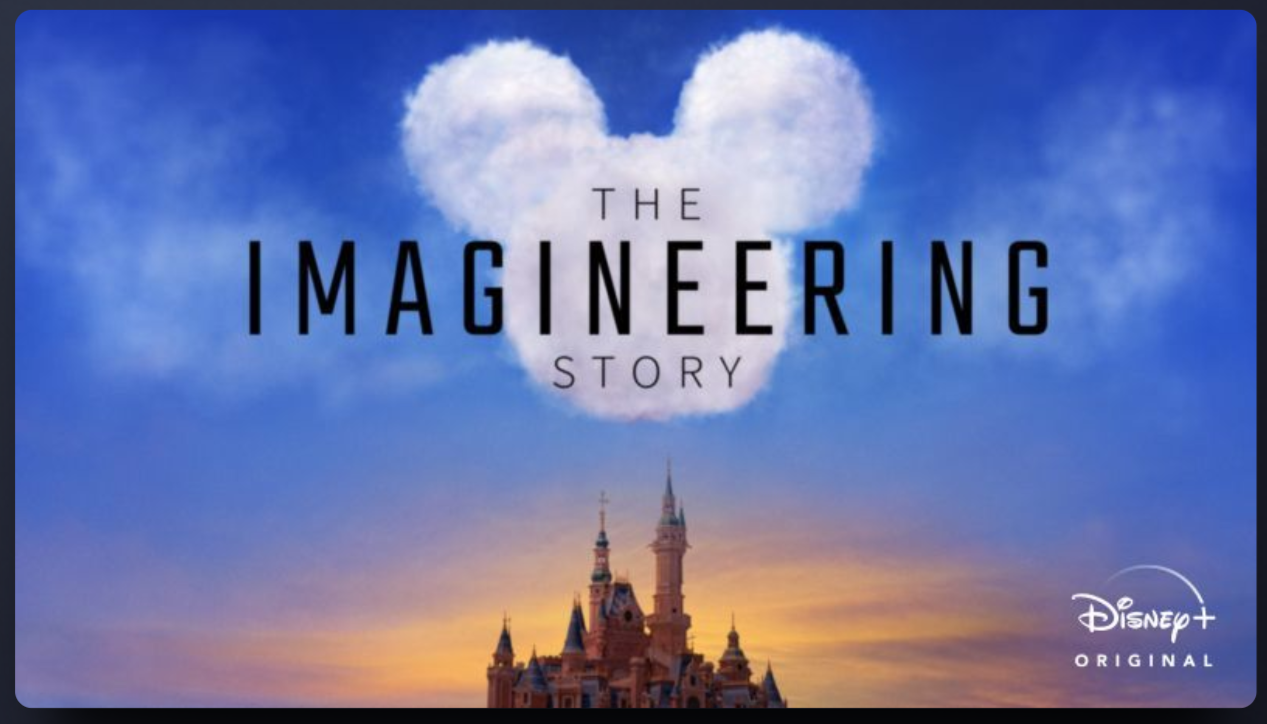 If you’re a fan of Disney Parks, The Imagineering Story is guaranteed to be your favorite original series on Disney+. The premiere episode retreads familiar ground, but future episodes dive deeper into untold stories from the parks. And you won’t want to miss what happens when Bob Gurr visits the Matterhorn. This faux documentary series takes a cue from The Office telling the story of the students at the high school where High School Musical was filmed who are putting on their own stage production of the DCOM, with hilarious off-stage moments. Get addicted with the premiere episode. Kristen Bell’s reality series takes unprofessional actors who participated in their high school’s theater department and reunites their cast to get another shot at performing the musical they did together years ago. The debut episode reconnects students from Santee, CA, for a redo at the musical “Annie,” with hilarious on stage moments and touching backstage revelations.

The World According to Jeff Goldblum – “Sneakers” National Geographic’s The World According to Jeff Goldblum takes an ordinary topic and examines it through Goldblum’s black frame glasses. The debut episode takes a deep dive into the world of sneakers and it’s a fascinating start to this fun series. 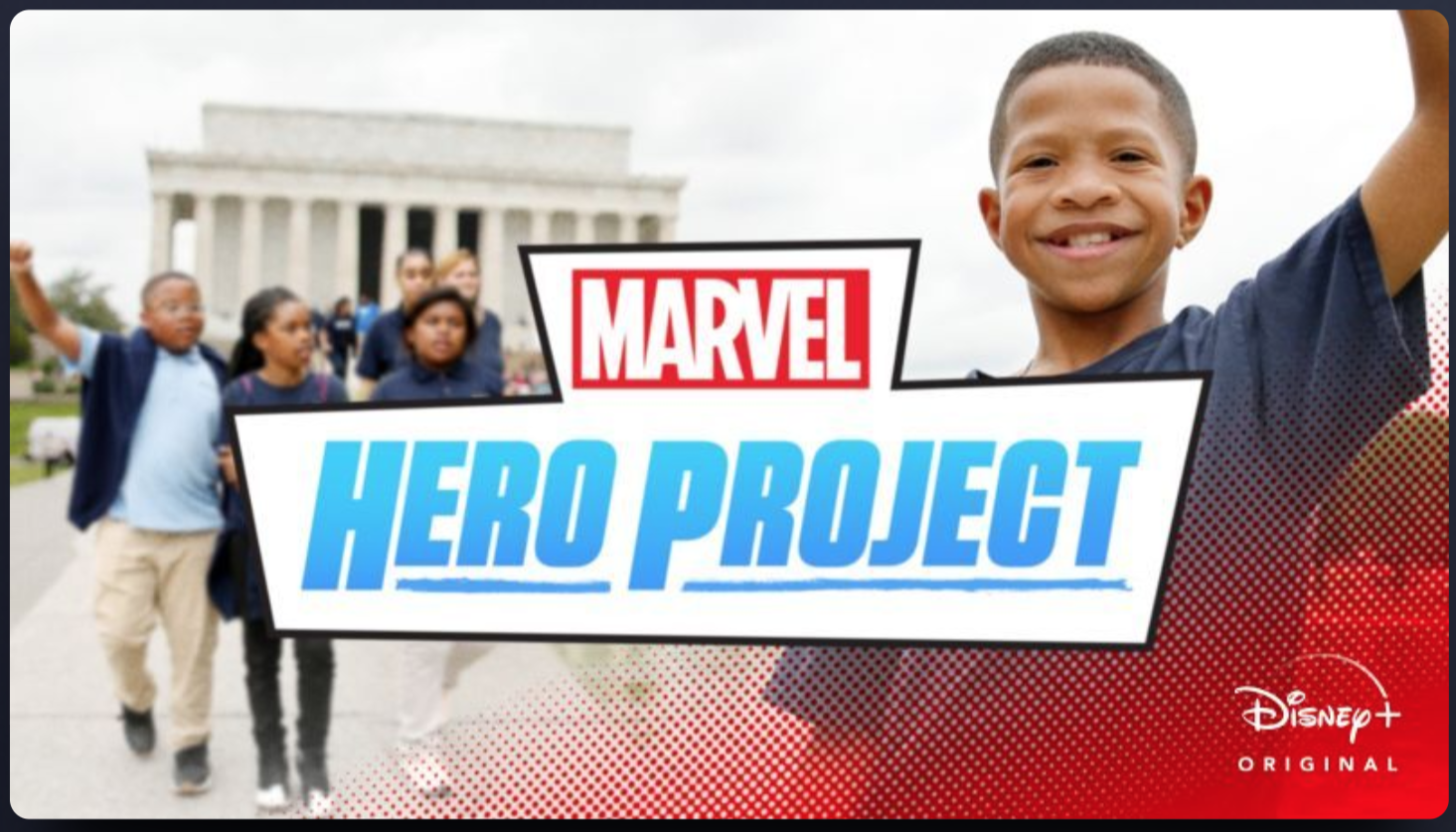 This inspirational reality series shines a spotlight on kids who are making a big impact in the world by recognizing them with a Marvel comic all about them! The premiere episode focuses on a girl who invents ways to do things nobody else can as a result of her disability, just like Tony Stark. Another original feature film making its debut today is Noelle, a holiday film about Santa’s son and daughter starring Anna Kendrick, Bill Hader, and Shirley McClain. Due to the holiday theme, we will be featuring this film again as we get deeper into the holiday season. For that reason, if there’s one original film you skip during this short three-day guide, we would save this for later.

Short: Forky Asks a Question – “What is Money?” 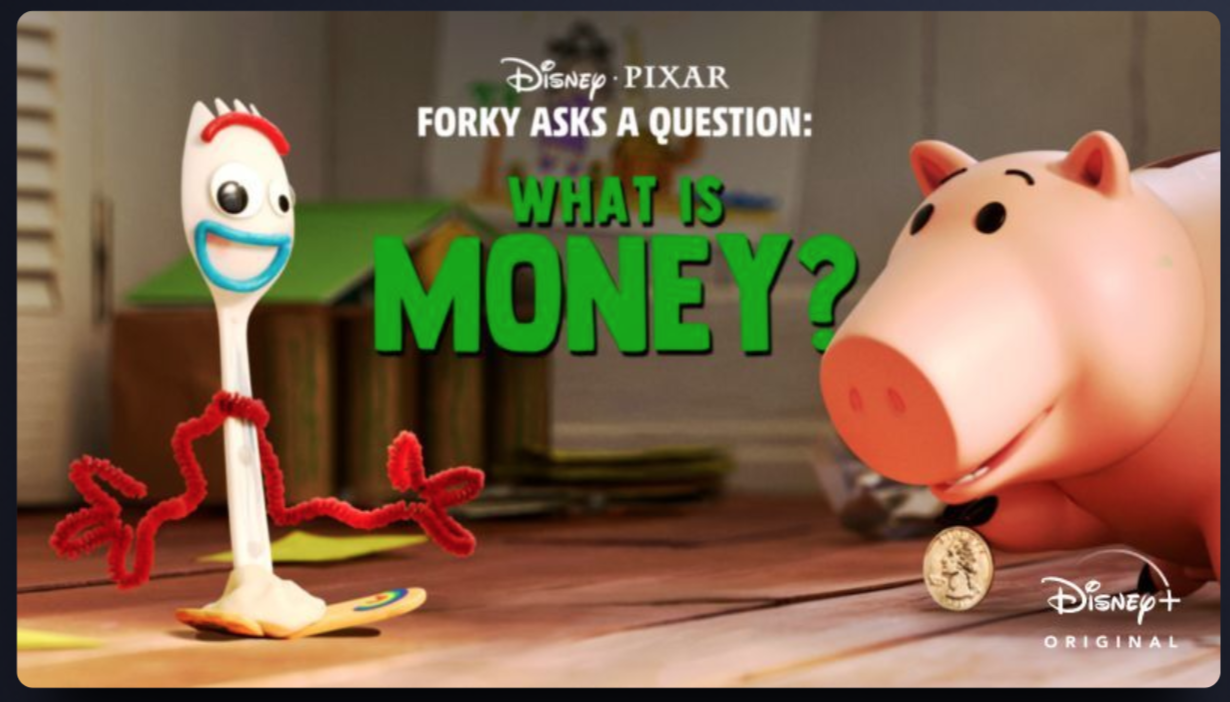 Forky the talking spork from Toy Story 4 gets his own short series on Disney+ and the premiere finds him questioning Hamm about money and its origins.

Short: Pixar in Real Life – “Inside Out: Console in the Park” Find out what happens when Pixar puts a console like the one Joy and Sadness control from Inside Out in a public park with two actors responding to what passersby press. 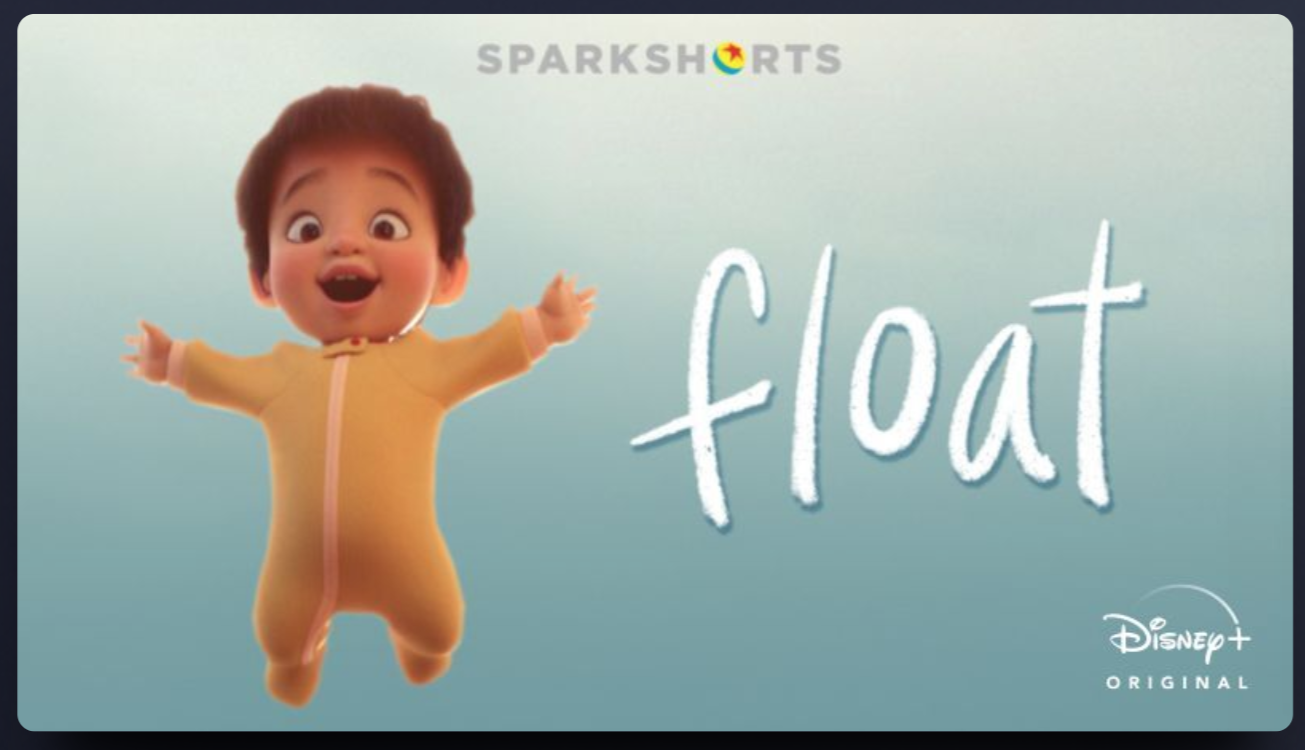 Pixar tells the story of a father and a son with exceptional abilities and what happens when his dad tries to suppress his abilities. 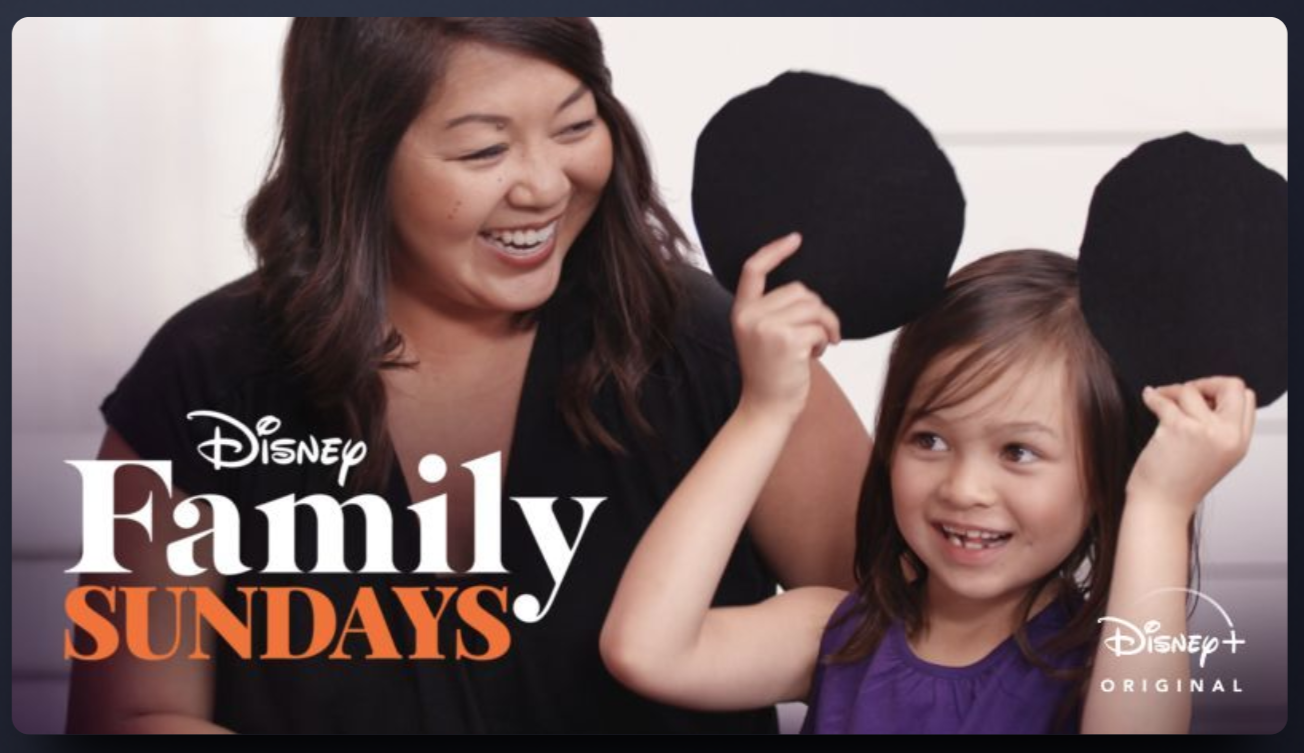 Get crafty with this series that brings parents and children closer together through craft time. The premiere episode builds a circus tent inspired by Dumbo. Walt Disney famously said “It was all started by a mouse” and Mickey’s debut came in 1928 with “Steamboat Willie.” Settle in to the world’s first cartoon with synchronized sound in Mickey Mouse’s grand debut.

Snow White and the Seven Dwarfs Also known as “The one that started it all,” pay tribute to the film that set Disney on path to becoming the company that it is today.

Legend of the Three Caballeros While not listed as a Disney+ original (it debuted internationally last year), Legend of the Three Caballeros is an animated series inspired by the package feature that makes its US debut today with the launch of Disney+. The entire first season of 13 episodes are now available for your binge watching pleasure.

Experience hundreds of new and classic Disney movies, series, and shorts with a subscription to Disney+.

Enjoy the best of sports, television, and Disney with the Disney+, ESPN+, and Hulu subscription bundle.