It’s been another full week of merchandise drops and reveals, so join us as we go shopping! We’ll start with Ariel and Jasmine nuiMOs and some new fashions; Halloween costumes for the whole family; “The Simpsons” x sugarfina, and Pixar’s “Dug Days” Funko Pop! For Marvel we have “Spidey and his Amazing Friends” toys for preschoolers and new “Shang-Chi” merchandise. Wrapping up with Star Wars we’ll look at the R2-D2 Tamagotchi (!), new Forge Lightsabers coming soon and shirts, costumes and LEGO releases. 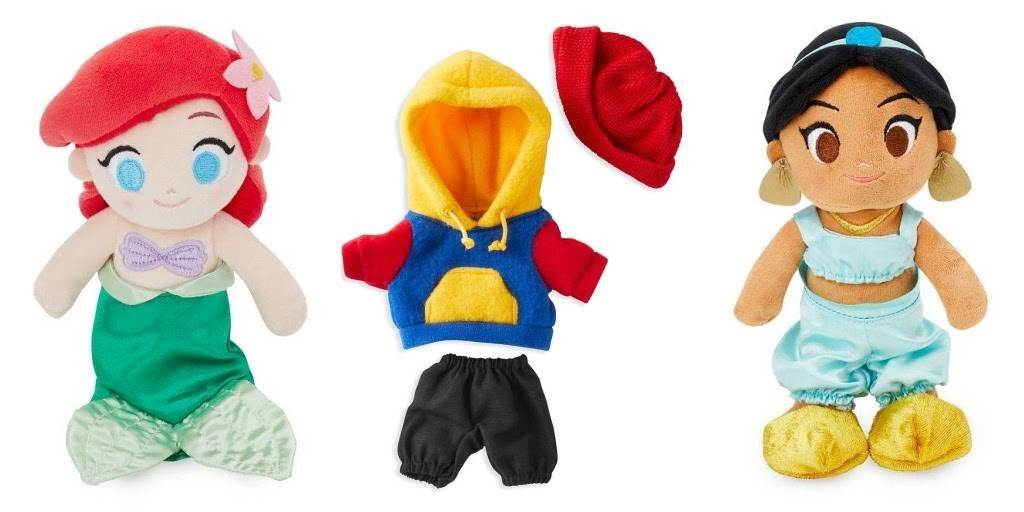 shopDisney recently teased that two Disney princesses would be joining the Disney nuiMOs line and now they’ve made their debut! Guests can purchase Ariel and Jasmine as part of the collection and dress the princesses in all of the great mix and match fashions. 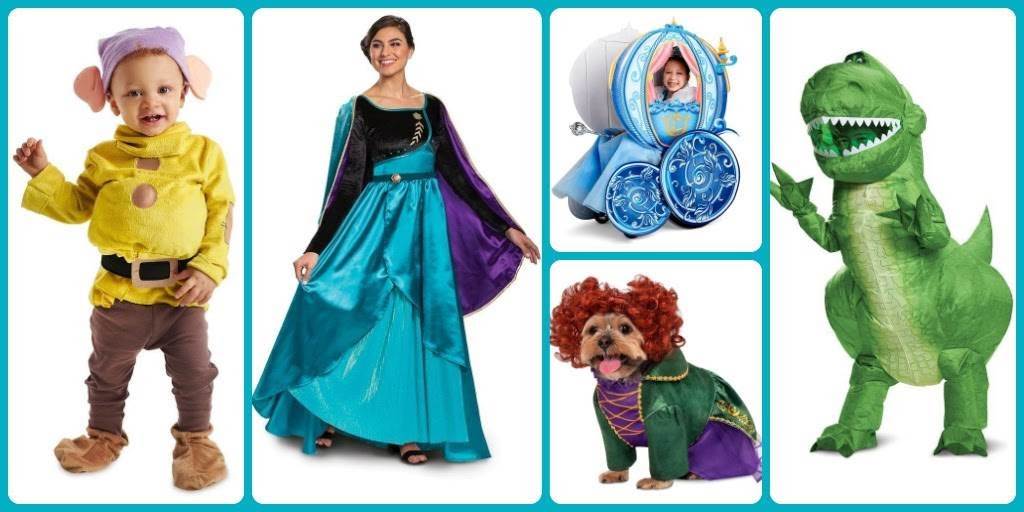 Trick-Or-Treat! Halloween Costumes for the Family and Pets Make Their Way to shopDisney

You know what’s spooky? Halloween is just a few months away! But you don’t have to be scared about finding the right look, because shopDisney has a wide variety of Halloween costumes for the entire family (even your dogs)!

The Simpsons x sugarfina Collection Brings Some Sweetness to Springfield

Eat my…apple flavored skateboard gummies? Yep! sugarfina is bringing a little bit of spice to their boutique sweets as part of a new collaboration with The Simpsons! 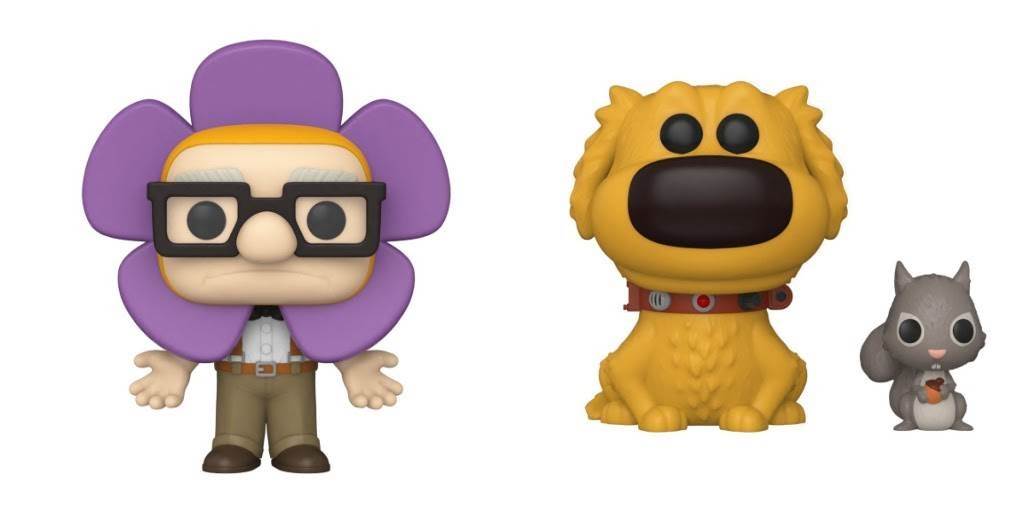 Five new Funko Pop! figures featuring Dug, Mr. Fredricksen, and Russel have just landed on Entertainment Earth! These adorable collectibles are inspired by the upcoming Disney+ and Pixar shorts series, Dug Days and showcase our canine hero getting into all sorts of mischief; including an encounter with a Squirrel! “Go webs go!” Spider-Man, Miles Morales, and Gwen Stacey are three web slinging super heroes, but they’re also friends. Kids can join the Spidey and His Amazing Friends trio on all sorts of adventures with new toys and figures from Hasbro. 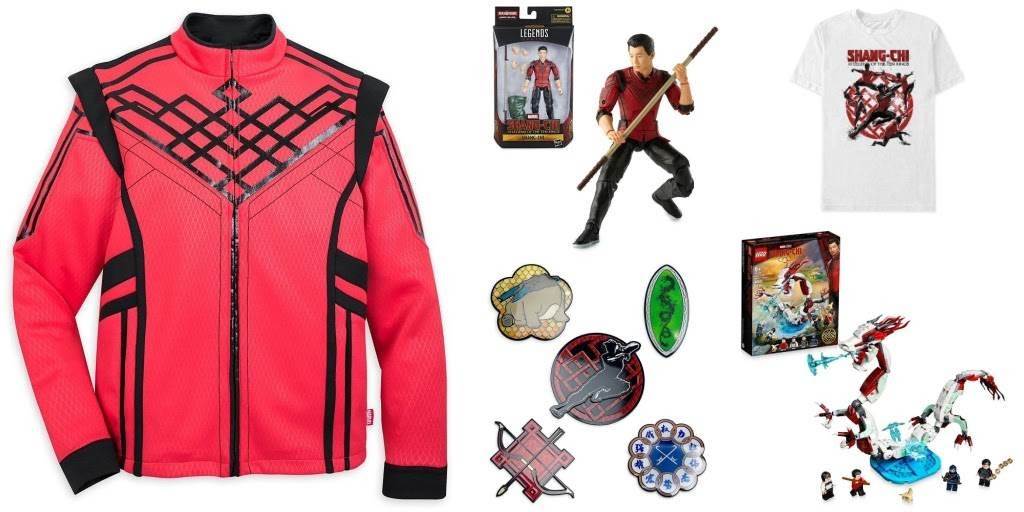 Marvel’s newest film will debut in theatres on September 3rd and while audiences are awaiting its arrival, they can shop new collectibles and clothing on shopDisney. Fans of all ages can start their Shang-Chi collections now with these incredible items inspired by the film. 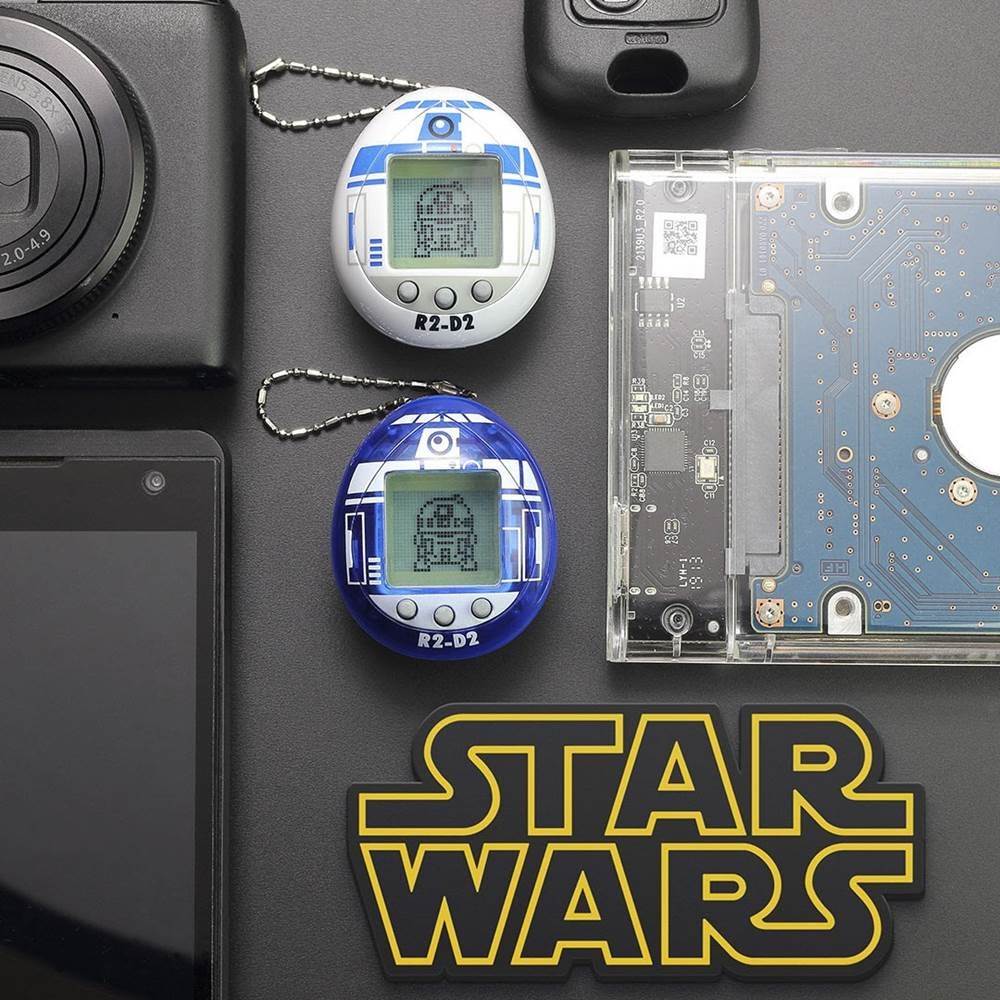 Star Wars and Tamagotchi are kicking it old school with their new R2-D2 digital pets. Fans of the franchise and the handheld game device—or those hoping to experience what life was like in the 90s—will love this upcoming collectible that lets you care for and protect R2-D2. 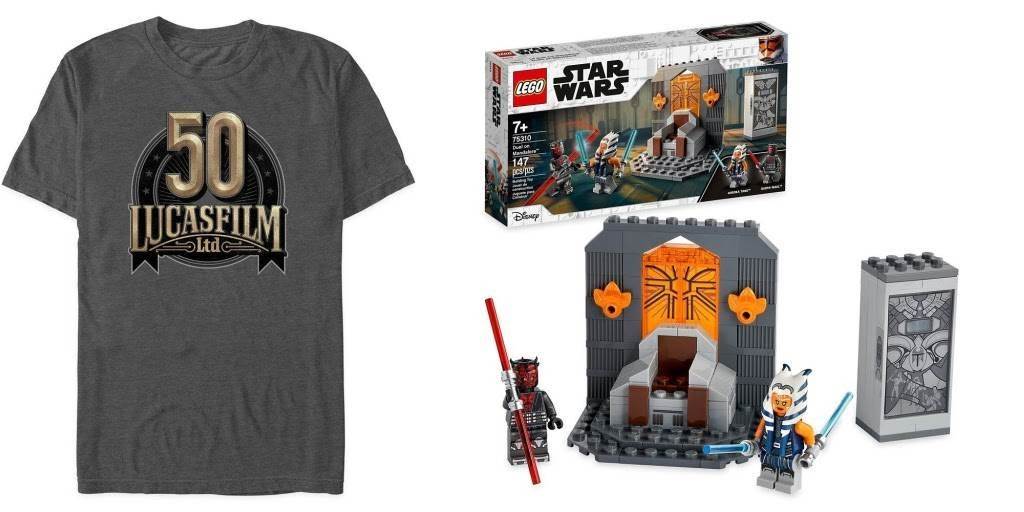 The Force is Strong with New Star Wars T-Shirts, LEGO, and Halloween Costumes from shopDisney

Face it, your wardrobe and display case could use a Star Wars refresh and shopDisney has a great selection of T-Shirts and collectibles that are just the right amount of nerdy. No matter which series or movie is your favorite, shopDisney wants to help you showcase your love for the galaxy far, far away. For August, Disney is celebrating Walt Disney’s Enchanted Tiki Room with an adorable assortment of mystery plush including a Pierre, Jose, Rosita, a Tiki drummer and the fan favorite Aloha float! 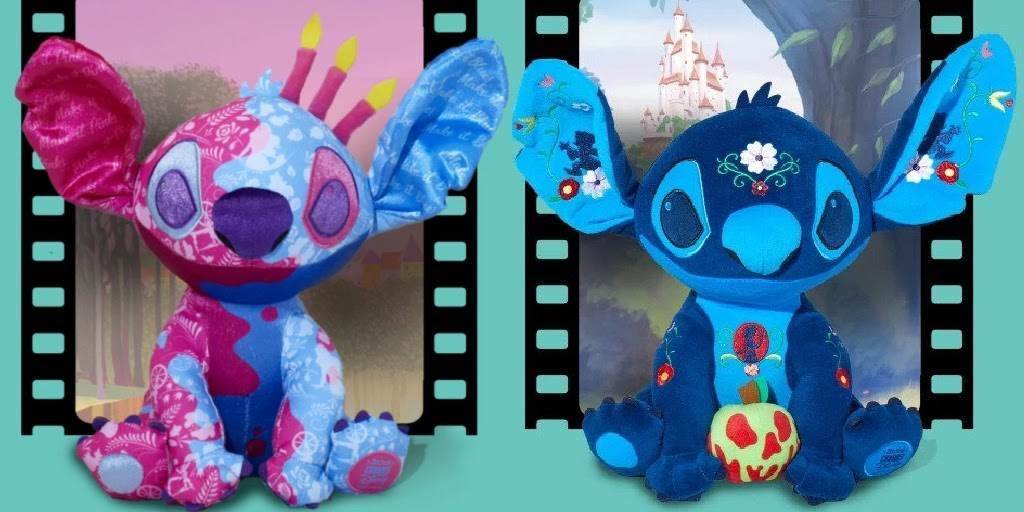 Oh no! Stitch has found himself in quite the mess! Hit on both sides with different magical colors from Flora, Fauna, and Merryweather’s wands, Experiment 626 is now two colors! Scripted on each ear is “make it pink” or “make it blue” and the colorful pattern features icons of the spinning wheel, Aurora, the fairies and more. To complete his look three “lit” candles rest atop the left side of his head. 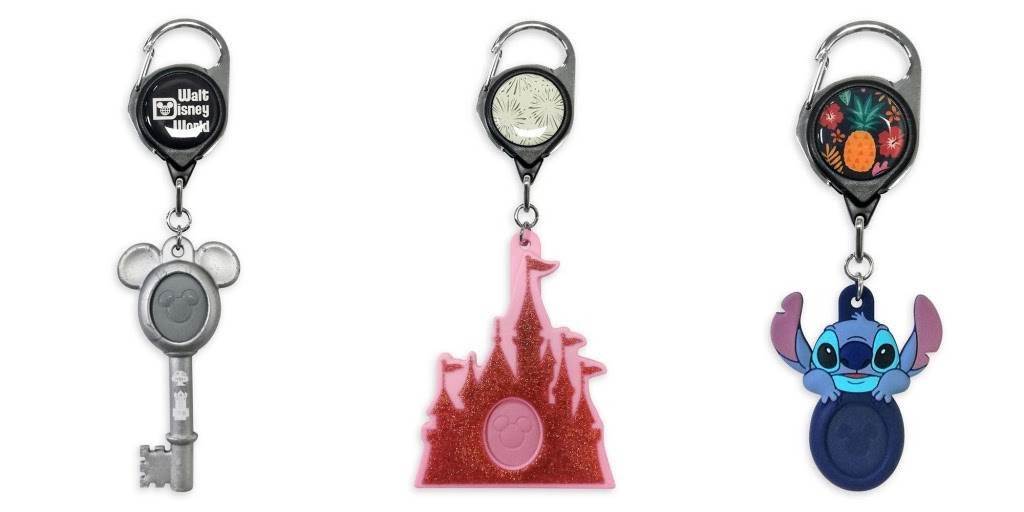 Several weeks ago we spotted these adorable MagicKeepers at Walt Disney World Resort that conveniently hold your MagicBand discs. Now, they’ve made their way to shopDisney so even more fans can bring home the magic. Every Marvel fan’s love of the brand has to start somewhere and Abrams Children’s Books is looking to bring the heroic stories to young fans. Marvel is giving fans a sneak peek at three upcoming titles that are available now for pre-order. 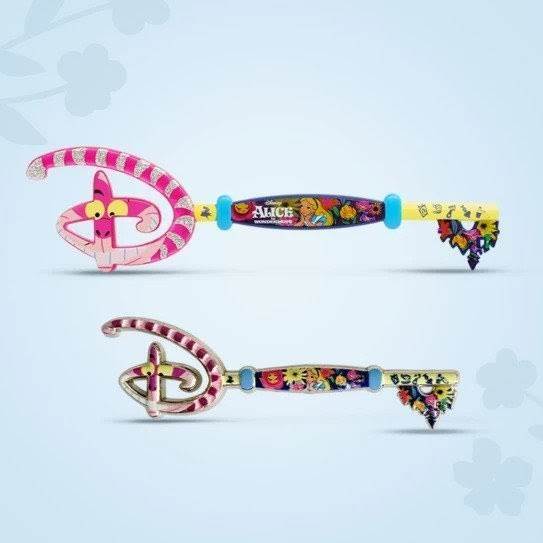 It’s time to celebrate the 70th anniversary of Alice in Wonderland with a new Collectible Key and Key Pin from shopDisney! 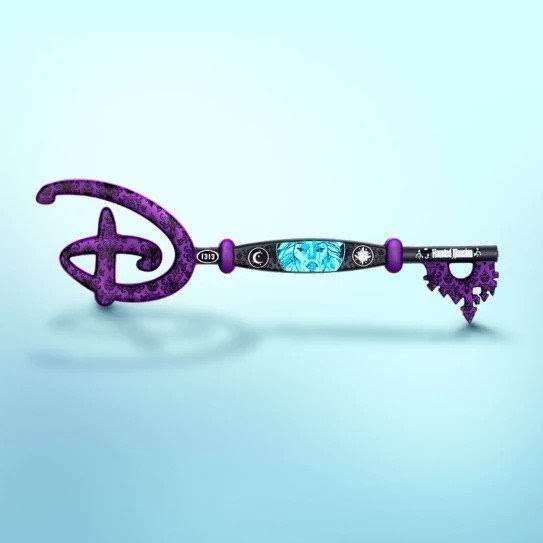 A Message from the Beyond! Haunted Mansion Collectible Key Coming to shopDisney

“Wizards and witches, wherever you dwell, give us a hint, by ringing a bell!" Disney Collectors will have the chance to purchase a Haunted Mansion and Madame Leota inspired Collectible Key as part of shopDisney’s latest series release. Sisters! shopDisney is at it again! They have teased a new Hocus Pocus Collectible Key Set featuring a trio of witches and a talking black cat! 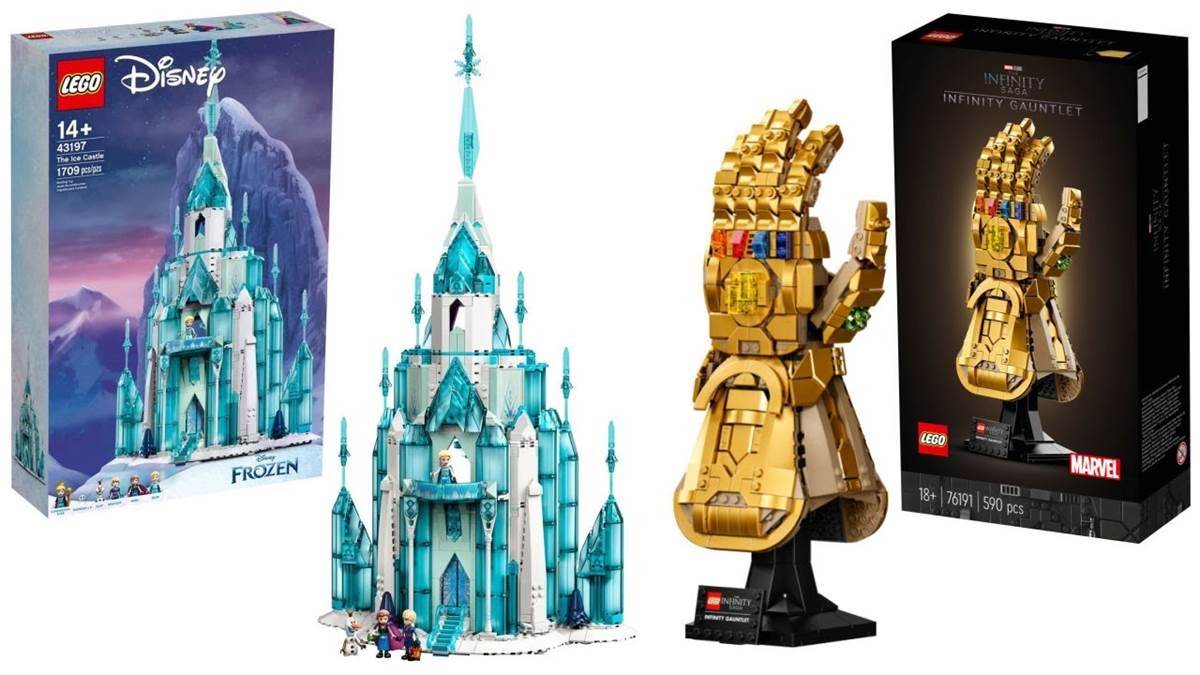 LEGO just launched a bunch of new Disney, Star Wars and Marvel sets and recently showcased many of their upcoming products at Sweet Suite. Alex rounds up all of the exciting sets that kids and adults alike will love.

Continuing the collection by focusing on the both sides of the Force, RockLove is bringing fans Kylo Ren’s distinct red weapon as well as Rey’s yellow blade. Whether you choose one over the other or bring balance by getting both, there’s no doubt that when these two combine their powers, they’re much stronger together than they ever were apart.