Walt Disney World’s 50th anniversary is coming up, with the big day just a few days away on October 1st. To get ready for the event, we at Laughing Place are taking a look at various parts of Walt Disney World, past, present, and future, with today a blast to the past.

Today, I’m taking a look at the early days of EPCOT Center and taking a brief look back at the opening day of the park and what I consider to be the five best attractions from that wonderful day of October 1, 1982.

Before we dive into it, it’s important to remember that some of the park’s most iconic early attractions in Horizons and Journey into Imagination both opened in the second year of the park, making them ineligible for this list. Believe me, no one is more disappointed by this than myself because they would have been first and second on this list respectively, but alas, one must take what comes to them. 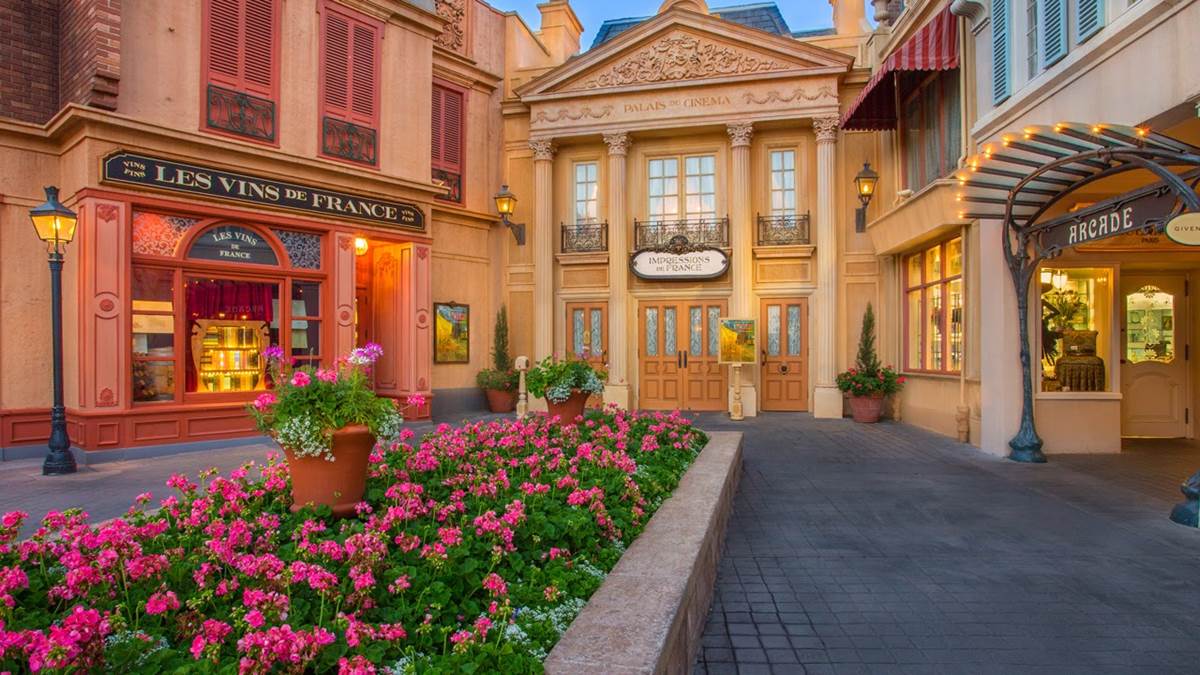 Ok, I know that Impression de France probably wouldn’t be on most people’s list of their favorite attractions, but I just can't get enough of the attraction, and this is my list so here it sits at number five. The show beautifully showcases the country of France as well as music from the country. It’s enough to make one cry (not that I do … each time).

One of the best parts of the attractions is that it is just five out of the nine screens that is customary from a CircleVision show. But the benefit of half of those screens is that one gets the chance to sit and take a much needed break from walking around World Showcase. It’s just a perfect way to relax and take in the beauty of the country and experience the essence of Epcot. 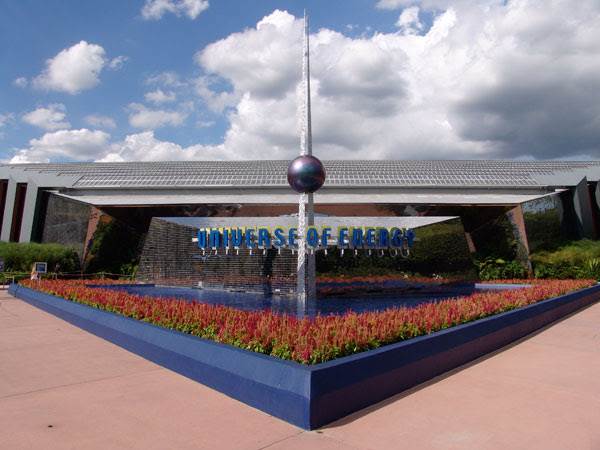 Next up on the list we have the Universe of Energy. I personally never felt much of a kinship with the attraction, in large part due to its length and the fact that I never got to experience it myself. However, it did serve a great purpose as a nap space with its 45 minute trek through the dark on some very slow moving vehicles. The attraction focused on ways that one could best contribute clean energy to the world. It was a simple message, but one completely in touch with Epcot’s original goal of providing educational entertainment (edutainment) to all of its guests.

The best part of the attraction was that it truly lived up to its name. On the top of the attraction were a bunch of working solar panels that helped the energy provide back to the grid the energy that it used. Oh, and of course everyone’s favorite part was the dinosaur scenes as we learned where fossil fuels came from (and become a bit sad that we’ll never get to see real dinosaurs). 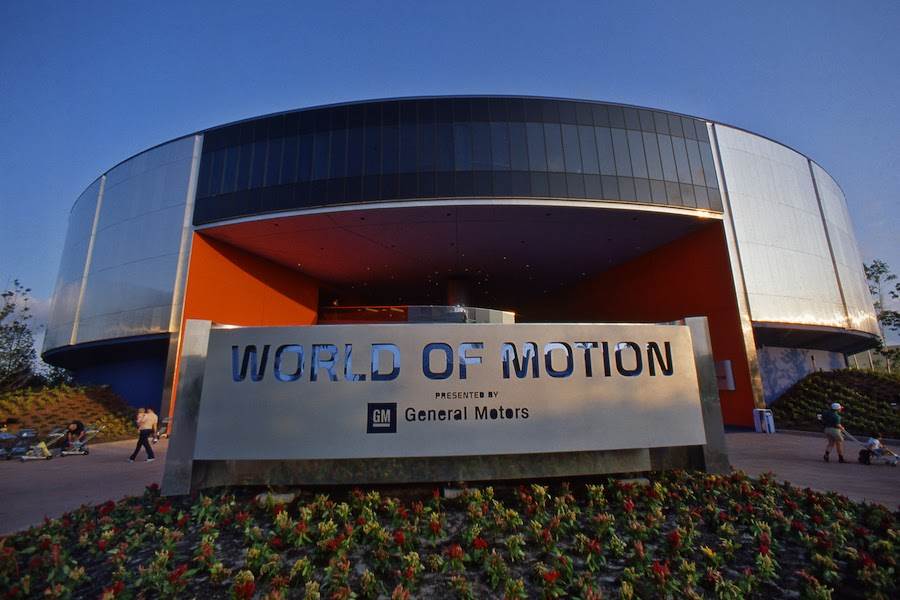 I’d say that World of Motion is the one extinct Epcot attraction whose replacement (Test Track) holds a greater place in the hearts of fans than its predecessor. But that’s not to say that World of Motion was a slouch of an attraction because how could you be with 30 show scenes, nearly 200 Audio-Animatronics and a classic theme song written by Disney Legends Buddy Baker and X Atencio. Basically, it had all the makings of the classic Disney attraction that it was.

At its core, World of Motion was very simple. It simply told the story of the history of transportation with a specific focus on automobiles, though the attraction actually utilized an Omnimover system itself. But World of Motion didn’t stop at just history as it also included a look at the future in a very Walt-like way. Honestly, just everything about it felt like a perfect follow up to some of the other early dark rides in Haunted Mansion and Pirates of the Caribbean. 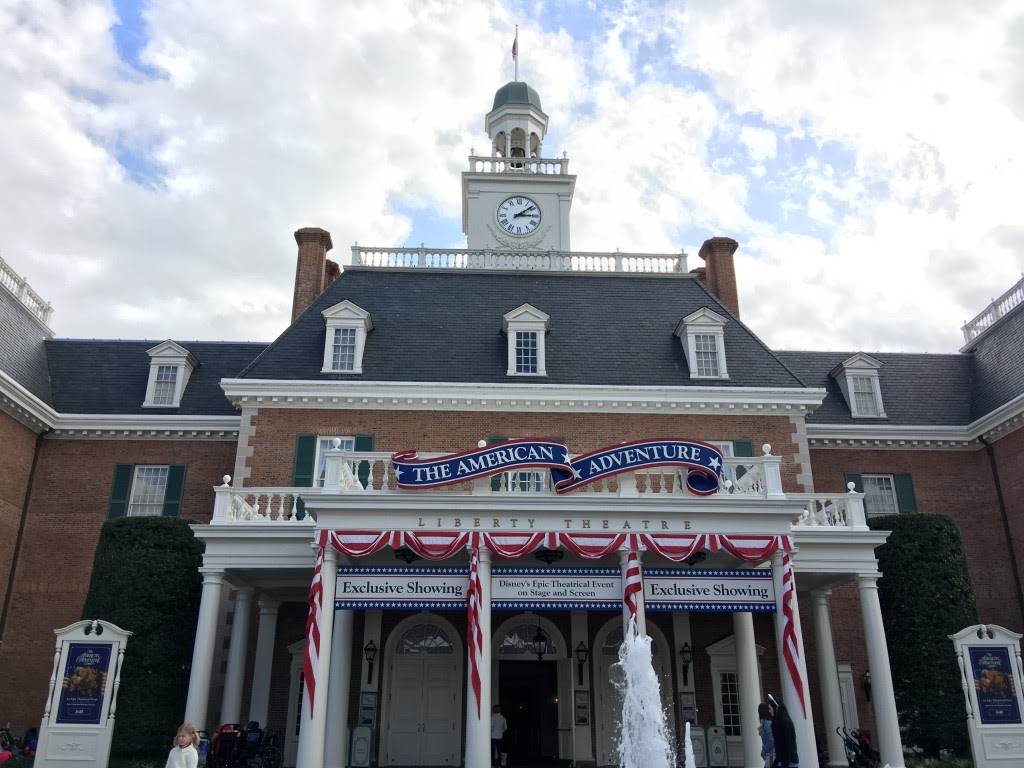 And now we stumble upon another one of my favorite attractions that I tend to experience way more than the average guest, The American Adventure. (What can I say, I’m a World Showcase snob). Now I don’t think that The American Adventure Pavilion is particularly impressive, but this show basically makes up for it by being a technical marvel in addition to hitting a lot of great moments in American history.

What makes this show so impressive is that it basically has a ferris wheel in the show building. There are over 20 different show scenes that need to slot themselves onto the stage, but with them all taking a lot of space due to the abundance of animatronics, the engineers behind the show figured out that they could basically create this giant wheel that would push the show scenes into place when necessary. Basically, it was a wild idea, but it works and one can barely even notice. Of course, the top choice on our list had to be the icon itself, Spaceship Earth. I mean they built this gigantic golf ball in the middle of a theme park that then proceeds to contain an attraction showcasing the history of communication and how things have changed over the years? It’s simply an incredible feat of engineering and storytelling.

The attraction was originally narrated by voice actor Vic Perrin, whose tenure lasted just a few years and is largely lost to the world. But the vocalist I’m sure provided that perfect Disney edutainment style to set the stage for nearly forty years of magic.

Be sure to check back in soon for the best Opening Day attractions at Magic Kingdom, and you can take a sneak peek by checking out the interactive map of Epcot.