Welcome back to Disney Extinct Attractions. I’m Cole Geryak and I’ll be your driver on today’s tour of transportation history. 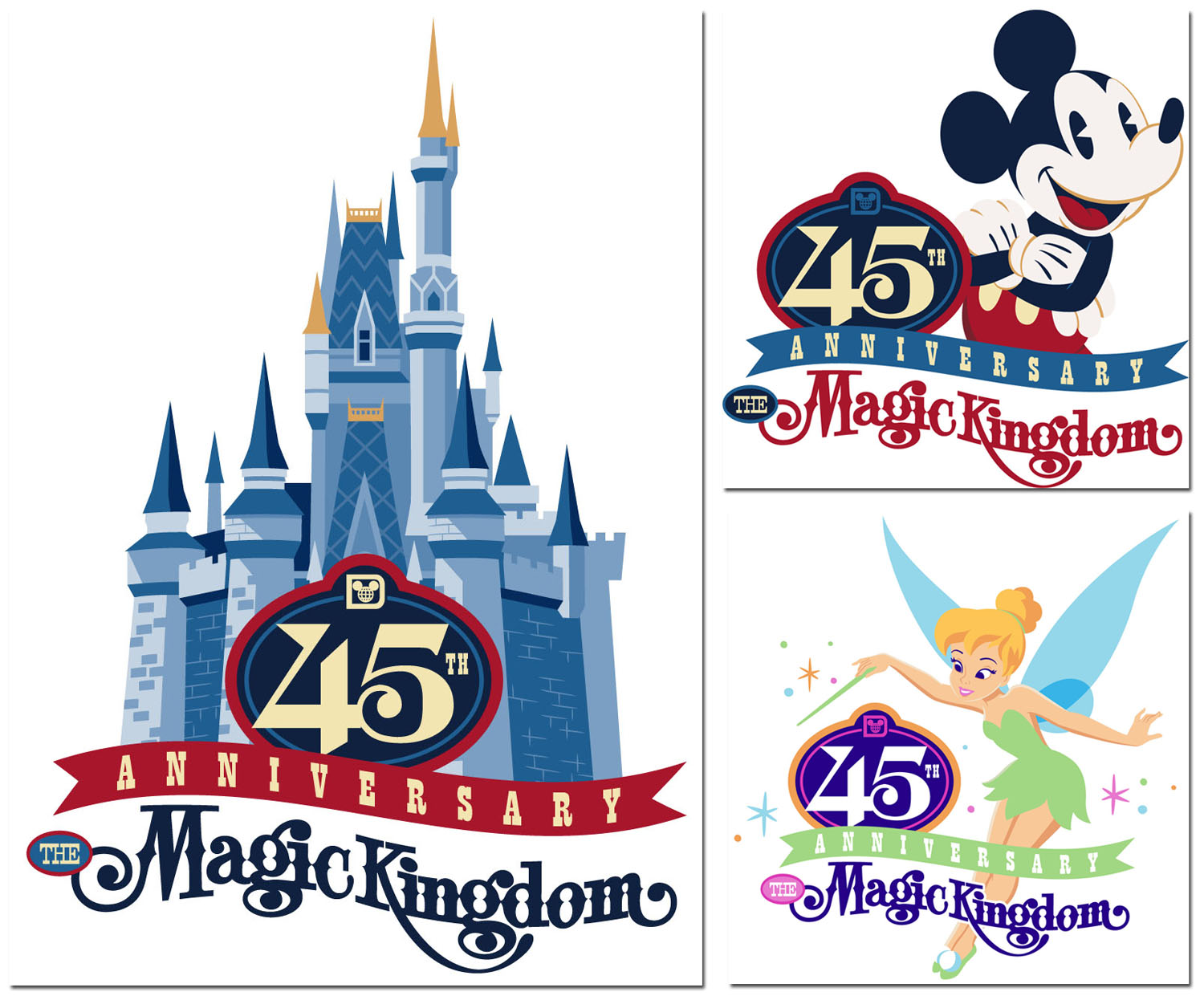 If you are reading this blog, you are probably aware that the Magic Kingdom celebrated its 45th anniversary this month — getting closer and closer to the magical 50th. However, a lot of people forgot that Epcot actually shares the same anniversary date (October 1), which means it was celebrating its 34th anniversary this year.

But no need to fear because this blog is here to bring back the early days of the EPCOT Center. Epcot actually features significantly more opening-day attractions that are now extinct than the Magic Kingdom, making it a more fitting park to talk about during its anniversary week (on this blog at least). So with that, let’s jump back to the late 1970s and the decisions being made about what would actually be in the park.

With the success of the Magic Kingdom in the early 1970s, plans began to open a second gate at Walt Disney World. Centered around a concept that Walt Disney was especially passionate about, the idea was to create the EPCOT Center. Though changed extensively from Walt’s original concept of an ideal city where education was key, the park was going to retain that focus on educating guests while providing a fun, family atmosphere.

With plans officially underway, the company began to search for sponsors for the new park. Because of how popular Walt Disney World had become, it did not take long for those sponsors to come through, with the first one to sign on being General Motors at the very end of 1977, nearly five years before the park officially opened. In Future World, Disney planned to create a Transportation Pavilion, similar to the pavilions such as The Land and The Sea. General Motors seized the opportunity to be a part of this pavilion, both to continue their growth and to compete with their rival, Ford, who had sponsored an attraction of Disney at the 1964-65 World’s Fair. 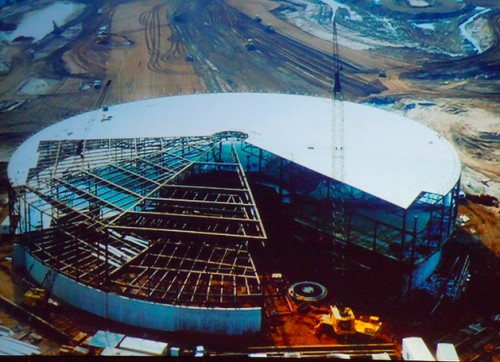 Together, Walt Disney Imagineering and GM came up with the idea of creating an entire attraction based on the history of transportation, starting with the wheel and leading all the way up to the future of transportation. Luckily, the transportation used to move the parts and construction vehicles arrived as planned, so World of Motion was ready for guests upon the EPCOT Center’s opening on October 1, 1982. 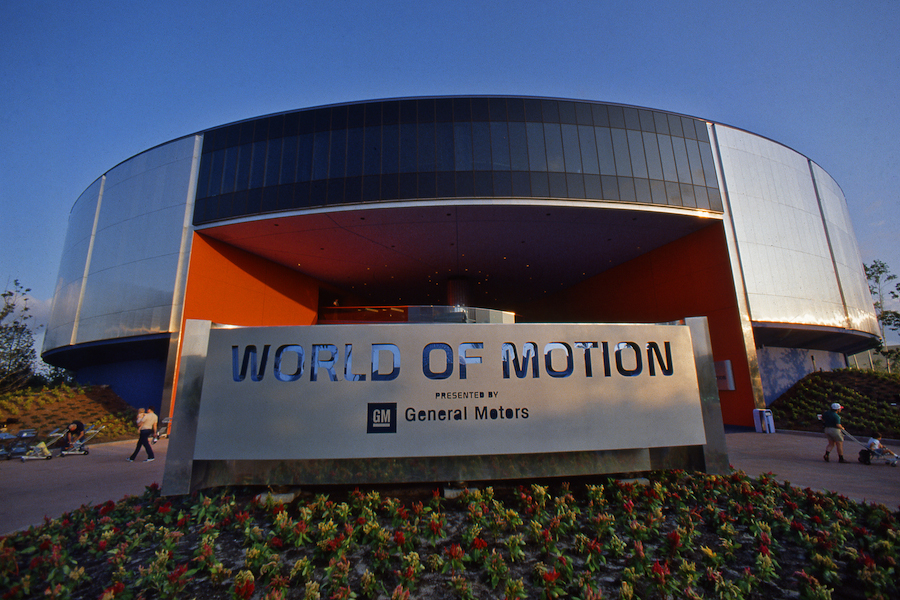 World of Motion was one of the most impressive attractions ever made, simply because of its enormous scope. Utilizing an Omnimover system that would hold four to six people, rather than the usual two to three, the attraction had a theoretical hourly ride capacity of 3,200 people, putting it on par with the Haunted Mansion and Pirates of the Caribbean, among the most efficient attractions in the Disney Parks.

The attraction actually had more in common with those two classic attractions then I would have guessed, with one example lying in the theme song of World of Motion, “It’s Fun to Be Free”. Written by the great Buddy Baker and X Atencio, the same writers behind “Grim Grinning Ghosts” (with Atencio also penning the lyrics for “Yo Ho”), the song lent credence to World of Motion’s greatness, helping it become a fan favorite almost immediately. Now we’ve stumbled upon a bit of a controversy because legend has it that Ward Kimball was highly involved in the creation of this attraction, the only one he ever helped design. The story goes that he was instrumental in creating many of the gags seen throughout the attraction, including the world’s first traffic jam (seen two pictures above).

However, it seems like his efforts may have been slightly overstated, with Disney Legend Marc Davis coming out of retirement to help with the attraction. That would make perfect sense because Davis was responsible for most of the gags in the Haunted Mansion and Pirates (yet another similarity) and his hand can certainly be felt throughout World of Motion. Personally, I believe that there was probably a great division of labor throughout the design process, with Davis and Kimball working together on things… but that is simply conjecture, so feel free to form your own thoughts on what truly happened behind the scenes. So now that we took a deep dive into the similarities between World of Motion and two of Disney’s most classic attractions, I want to take a quick detour and mention how much I think Walt would have enjoyed this attraction. As I’ve mentioned in some of my previous articles, Walt Disney was fascinated with transportation and its past, present, and future. Hence, attractions such as the PeopleMover and the Disneyland Railroad made their way into the Disney parks.

World of Motion was the perfect tribute to Walt’s interests because it beautifully laid out the history of transportation for all to see (plus, some signature gags). I wasn’t even involved in the creation of the attraction, but I wish that Walt had had a chance to experience it for himself because I know he would have loved it. In terms of the attraction itself, I would say that the best way to describe it would be a combination of Spaceship Earth and Delta Dreamflight. Aesthetically, the entire experience is very similar to Spaceship Earth in that it takes guests on a history lesson through the use of Audio-Animatronics, with both featuring a look at the future at the end of the attraction.

On the Dreamflight side, World of Motion takes a more focused look at transportation history, just as Delta Dreamflight simply focused on air travel history. Both attractions also featured Speed Rooms, Disney’s newest technology that they consistently seemed to be including in the late 1970s and early 1980s. But I don’t want to say much more in case you want to watch the ride-through below.

Overall, I thought that World of Motion certainly fit into the pantheon of classic Disney attractions, particularly extinct ones. The attraction kept me chuckling throughout, and it is certainly one that I wish I could have experienced in person. I do have to say that the second half is a bit weaker because it relies on the Speed Rooms, skipping the amazing animatronics from earlier in the attraction. Still, World of Motion was a marvel that I wish was still around in some form today.

Alas, all good things must come to an end, and World of Motion was no exception, closing on January 2, 1996.

So with that, our tour of transportation history comes to an end, but not without the promise for a bright tomorrow. Speaking of the future, here are your clues for next week’s post.

I am really excited for next week’s article because the attraction truly was terrible, but in such an amazing way.

Anyways, I hope you enjoyed this week’s post and as always, feel free to comment below or reach out on any of the social media around my bio! I love hearing everything you all have to say!

So with that great gif, have a magical day!