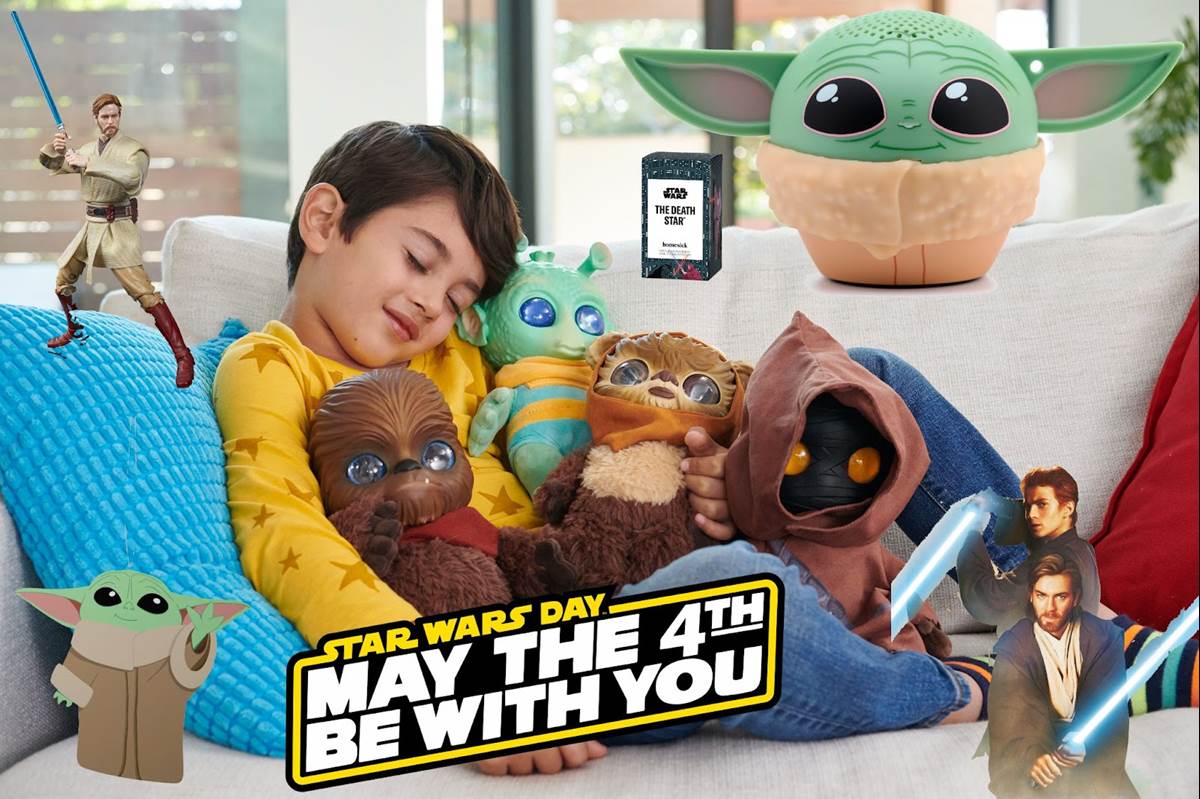 May the 4th be with you! In celebration of this year’s annual Star Wars Day festivities, our friends at Disney Parks Experiences and Products sent us over a box full of exciting Star Wars products from popular licensees like Mattel, Hasbro, Del Rey, LEGO, and more.

In the video unboxing below, I take a look at fun new Star Wars merch like the Galactic Pals Rodian plush, an Obi-Wan Kenobi action figure from Revenge of the Sith, the highly anticipated Brotherhood novel, a Dagobah Jedi Training building set from The Empire Strikes Back, a Grogu Bluetooth speaker and air freshener from The Mandalorian, and even a candle that smells like the original Death Star!

Watch "May the 4th Be With You" Star Wars products unboxing: 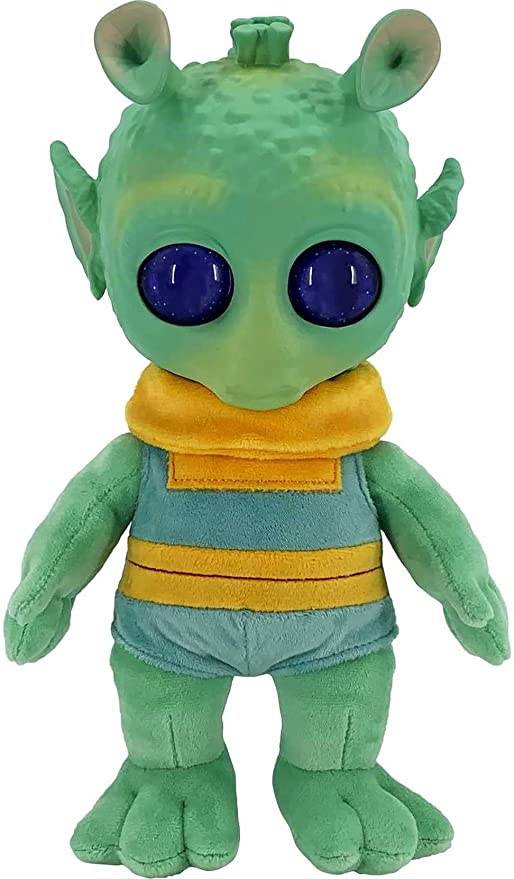 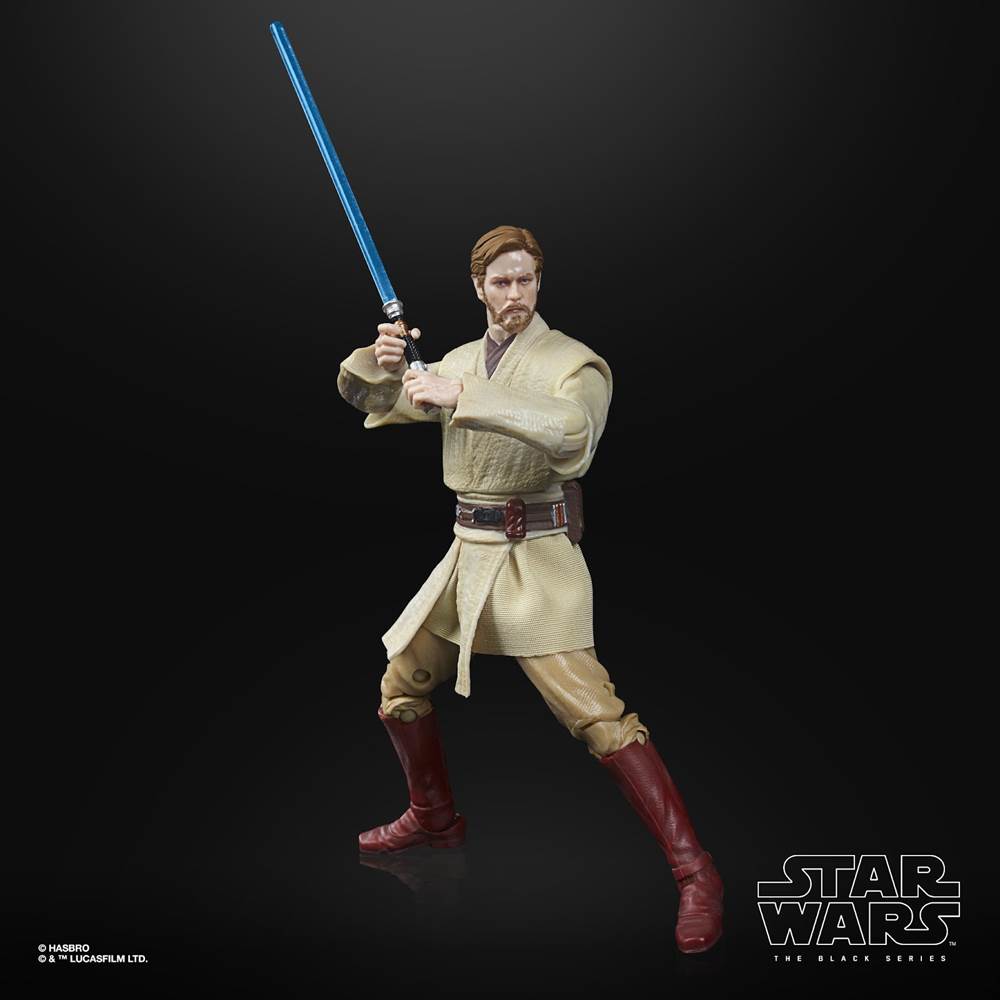 Star Wars: The Black Series Archive Collection Obi-Wan Kenobi (Revenge of the Sith) by Hasbro ($22.99) – A rerelease of this figure just in time for the Obi-Wan Kenobi series coming at the end of May to Disney+. 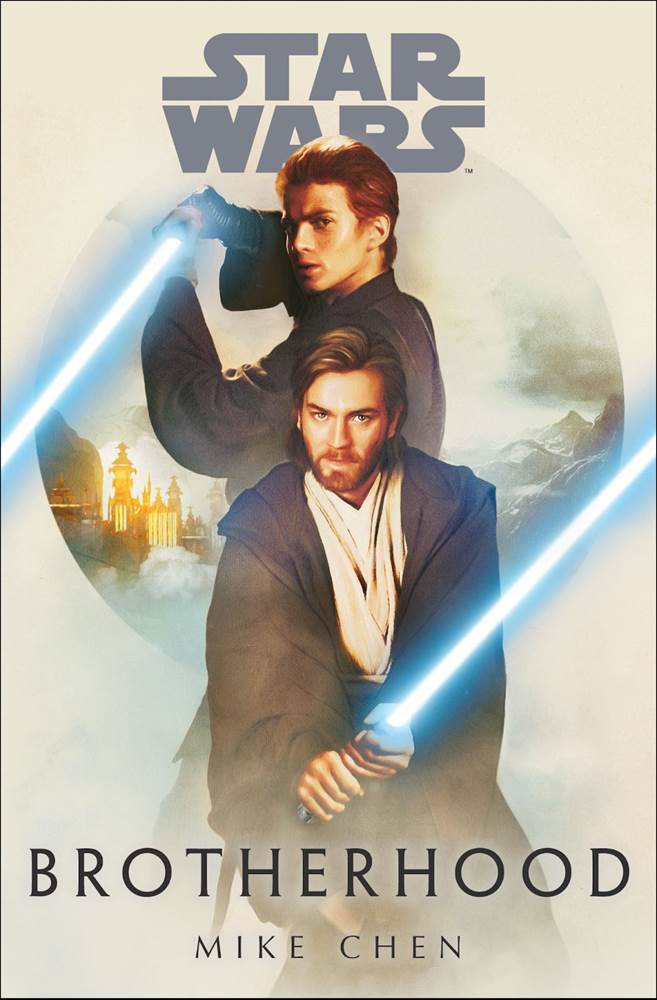 Star Wars: Brotherhood by Mike Chen from Del Rey ($20.49) – Set at the beginning of the Clone Wars, this novel sees Obi-Wan and Anakin traveling to the planet Cato Neimoidia, as referenced in Revenge of the Sith. 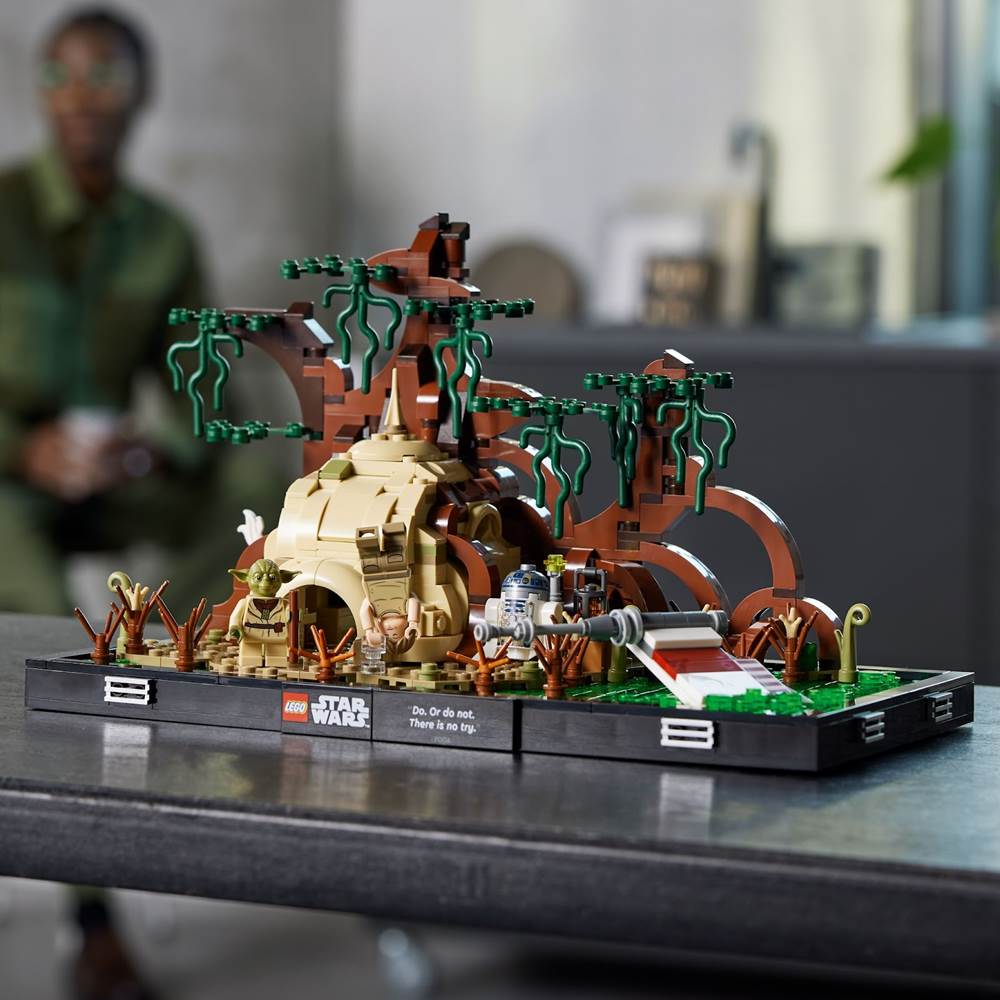 Star Wars Dagobah Jedi Training Building Set from LEGO ($79.99) – Depicting the iconic scene of Luke Skywalker attempting to raise his sunken X-wing starfighter from the Dagobah swamp in The Empire Strikes Back. 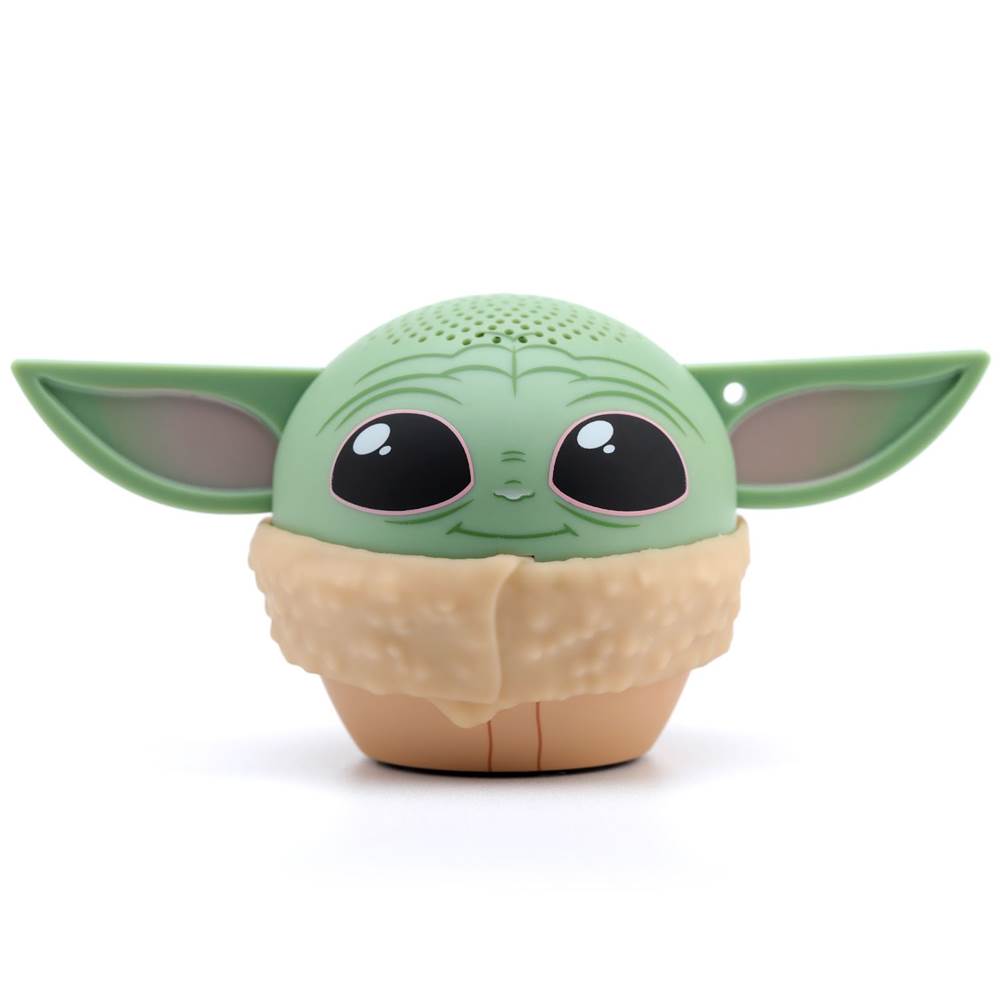 Star Wars: The Mandalorian Grogu / The Child Mini Bluetooth Speaker from Bitty Boomers ($14.20) – Connect this adorable creature to your mobile device via Bluetooth to hear Grogu pumping some tunes. 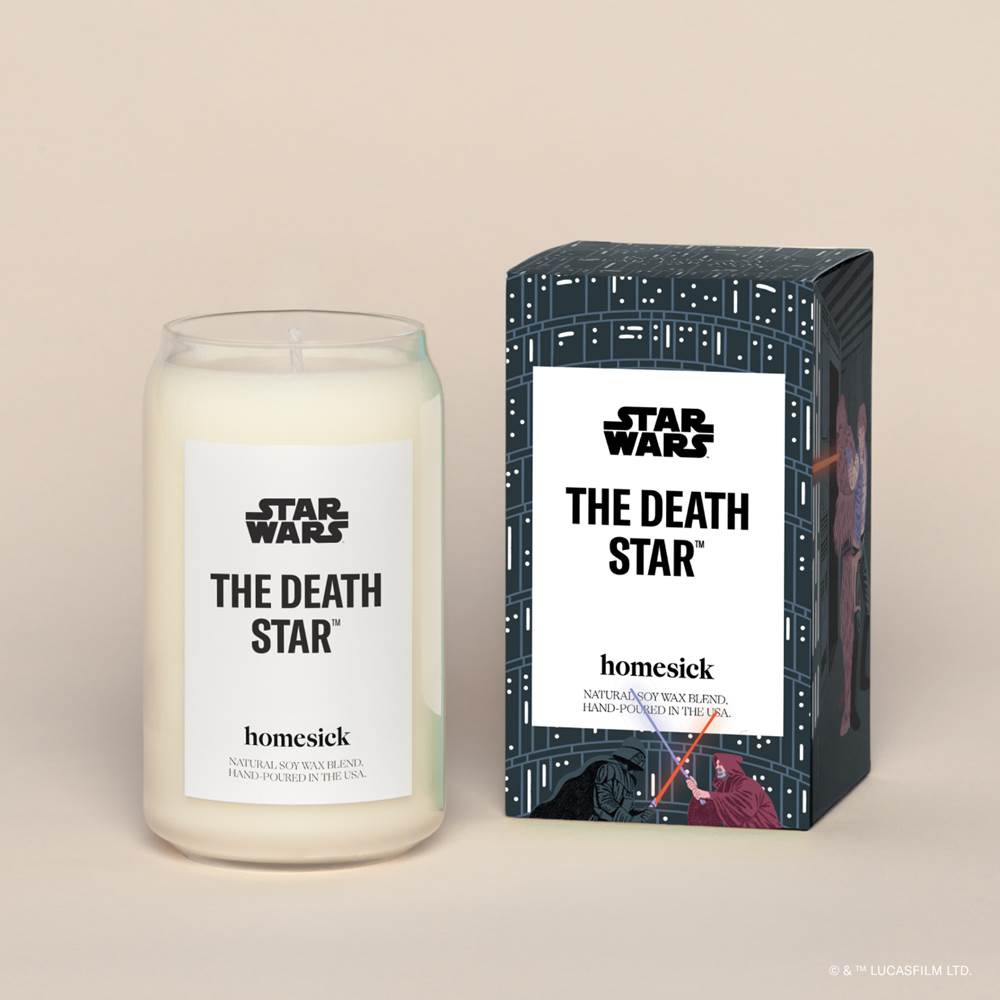 Star Wars The Death Star Candle from homesick ($44) – Have you ever wondered what the Death Star smelled like before it got blown to smithereens? Me neither, but now we can find out thanks to this new candle! 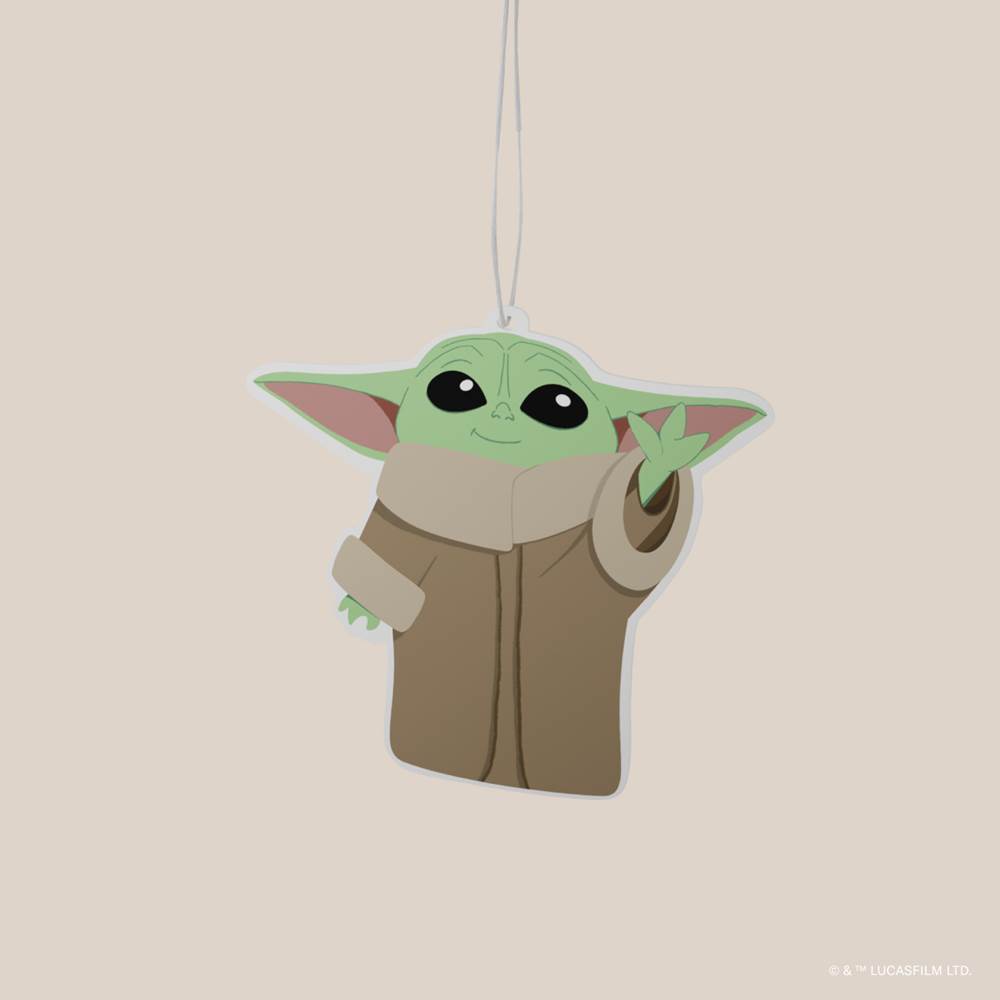 Star Wars: The Mandalorian Grogu Car Freshener from homesick ($14) – Grogu probably smells more pleasant than the Death Star, so why not spruce up your car with the scent of Din Djarin’s famous bounty? 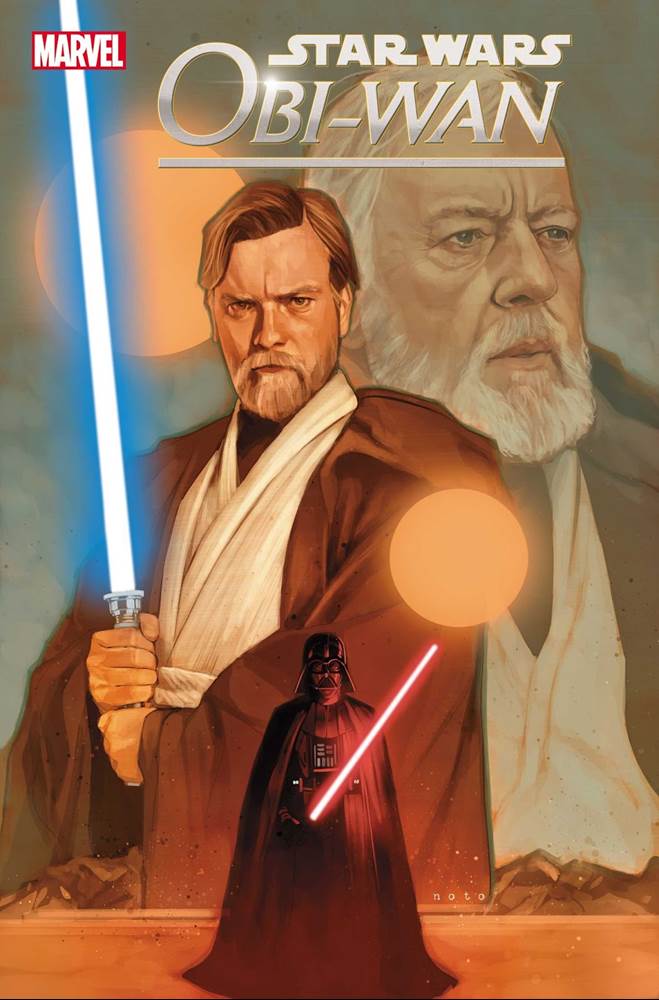 Star Wars: Obi-Wan #1 Digital Download from Marvel Comics ($3.99) – Coming on May the 4th, this comic will fill in the gaps in Obi-Wan’s history, from his youth all the way to his time spent as a recluse on the desert planet of Tatooine.