Interview With a Legend: Bob Gurr
Page 1 of 4

by Doobie Moseley
September 10, 1999
Bob Gurr, the designer of the Autopia cars and many other Disneyland attraction vehicles, shares his memories of opening day, the first Autopia cars and Walt in this interview. 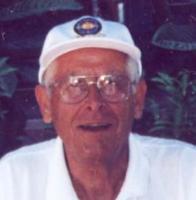 Bob Gurr joined the Walt Disney Company in 1954 doing drawings for the Autopia and the Main Street Vehicles. Since that time he's gone on to play a part in the design of "just about anything with wheels" including  the Atomoble for Adventures thru Inner Space, the Doombuggies for the Haunted Mansion, the Matterhorn, the Motor Boat Cruise, the Flying Saucers, the Monorail and much more. He also was instrumental in the development of the Mr. Lincoln Audio-Animatronic figure. LaughingPlace.com staff member Doobie Moseley interviewed Bob on September 9, two days after the Autopia, which has remained largely unchanged since the New Tomorrowland of 1967, went down for an extensive redesign.

LaughingPlace: I guess you are the person most responsible for the Autopia cars.

Bob Gurr: Walt gave me a call to come over and design the body of the car in 1954, so that's where it started.

LP: Tell me about Opening Day of the Autopia

BG: Opening day was absolutely miserable. It was so hot. The cars were, let's put it this way, not well engineered. When Walt hired me to design the body on the little chassis that John Hartman in a little shop had designed, the car really wasn't very well thought out. I didn't know that, but Walt assumed that if I designed bodies I also did mechanical work, and I didn't have the guts to say no. The end result was we built 40 cars and as it turned out we learned very quickly they weren't going to be very good. We had an inkling of that when we tested the bumpers on the cars using Kaiser Aluminum, because Kaiser was a sponsor, and I found aluminum was not the thing to use for bumpers.

On opening day we started with 40 cars of which one was Walt's custom car. Two were little police cars painted black and white and they had red lights and sirens, so we had 37 running cars. I think about half of those cars were broke by the end of the night. By about a week later we had only two cars running. So the end result was we were repairing the cars as fast as we could go but we had to fix like 39 cars every time we fixed one with whatever was wrong.

Opening day there were so many people that came into the park that didn't have a ticket that jumped over the fence. People were waiting in line to get into the attraction and the cars were going out on the ride and then coming back at the end of the ride. People began to jump over the fence and go out into the ride and would commandeer cars that were on the ride that hadn't come back to the load/unload area yet, and they were literally pulling people out of the cars in order to take them over themselves. And this was such chaos, I never quite saw a thing like that every again.

In fact, it became so wild that one of the little cars - I was driving it giving rides to two little kids who were the sons of a very famous movie star who Walt had told her "oh you can come on out with me today because Bobby will take car of your boys". And of course the kids were delighted to go in the Autopia car. We were driving the car on the track and there was a guy in the car ahead of us and they said "get him". So we hit this car and we actually knocked it off the track and it went up off into the bushes and I remember the guy turned around and looked at me and he was a real short, black guy with an eye patch and the kids were pointing and laughing at him because they obviously knew him.It wasn't until the next day when I saw a picture of Sammy Davis, Jr. on the Autopia car that I thought "oh my gosh, you know what I did?" And there was no way to go find the man and apologize, but these little kids told me to do it because it was funny.

But anyway, that's the kind of mad house that was going on that afternoon and that evening until after dark. We kind of recovered the next day because when the public came in they were a little bit better behaved than the people that were at the press opening day. But because the cars were breaking down the lines were getting very, very long and toward the end of the week we had no mechanic to repair cars because the mechanics were repairing everything else in the park that was breaking. And I had my old '51 Cadillac convertible and I would park it right next to the ride with my trunk open with my own tools and I'm repairing the cars and the lot is getting filled with more cars. Like I'd fix two and three would come back.

Late that week Walt came by and sort of sat around the corner in a little shady area, because we had no shop or anything, no maintenance area. And he just surveyed the whole situation and said "well Bobby what do we need?" and I said the welders are working on the tea cup ride the first two hours of every day then they go weld everything else. They never come back here to help me with anything and we have no mechanics so I'm doing all the work myself. And I said if we had a couple of guys and some kind of facilities here we could probably get ahead of this. And Walt didn't say anything, he just walked off and about an hour later here comes a tractor dragging this little wooden building on a skid dragging it down by the railroad track and he pulls it up to where my car is and he says "Here's your shop. Walt said to bring it over here. Where do you want it?" A couple of mechanics showed up a little bit later and that was our turn around. That was like the end of the first week, we actually could repair the broken cars and I could get on with engineering all of the stuff we didn't know about to make a car last in the hands of the original guests at Disneyland.

So from that day onward we learned very quickly what parts work and what parts don't. As I said before, I had to come up with a fix on one car and we had to repeat it like 39 times. The reason I say 39 is Walt's car, the little custom built maroon bodied car, that car was on a little turn table in Tomorrowland and we never did have to do any repairs to it because it never got on the ride. And that was the car that was a year ago down at Disneyland on display. That was the one the family had for years. And I looked at the car and it's still got all the original dumb, stupid parts I put in the car. So I was showing it to some of the young ride operators and I said here's all these dumb parts that I'm surprised this car lasted even that long because Walt's grandchildren drove it around, though they never put that many miles on it. So unfortunately the proof of our stupid work is still alive.

We found out very quickly that the idea of using the little police cars where the idea was one of the ride operators would go out round robin style and sort of escort a convoy of cars, that really didn't work well at all. So those cars were immediately repainted to look like a regular car and the red lights and the sirens were taken off. So we actually had the 39 cars. But I think we went to the end of the summer before we actually had all 39 running the same day. That, of course, led to redesign programs that went on through the what we call the Mark I car. Then the Mark II and the III and then the IV by 1956. Then the Mark V then the VI and the VII and the VII is the one that's still running. They just took it out of service but the new attraction is going to rebody the old Mark VII chassis and, as I understand it, they got three new body styles but that they will keep one group of the original bodies on those Mark VII chassis and call it the Classic.