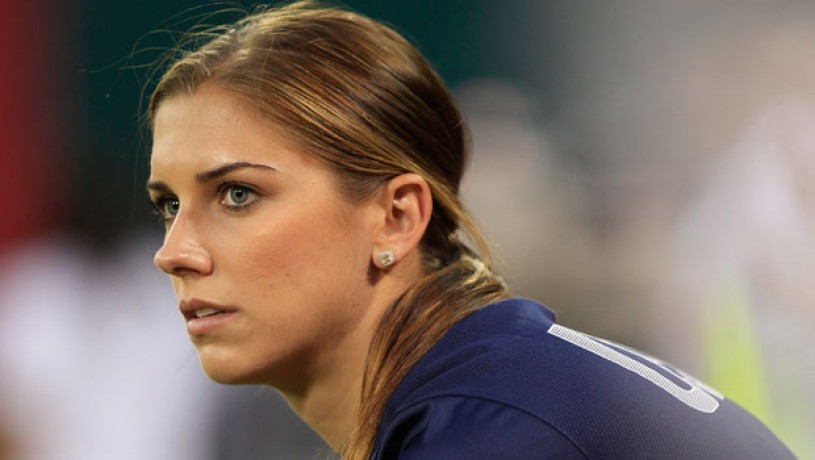 Apparently some soccer stars were not fully able to enjoy the Epcot 35th anniversary celebration on Sunday. Orange County Sheriff officers told a party that included U.S. women’s national team star Alex Morgan and several Orlando City players that they had to leave Epcot on Sunday.

TMZ reported that deputies removed Morgan, who plays for the Orlando Pride, as well as MLS players Giles Barnes, Donny Toia, and Toia’s wife, Courtney, after a disagreement at what is described as an Epcot restaurant.

The Orange County Sheriff’s Department told TMZ: “These are the individuals that were trespassed from Disney on Oct. 1st.”

Orlando City, which also runs the Pride, released a statement to the Orlando Sentinel that said: “The Orlando City SC organization is aware of a situation that occurred at Walt Disney World’s Epcot theme park earlier this week and is awaiting official communication from Disney or the Orange County Police Department. The club will address the matter internally when there is a full understanding of what occurred.”

On Instagram, Morgan posted a picture that implied that they had been “drinking around the world.” This fan-created phenomenon involves a group of friends drinking adult beverages at each of the eleven World Showcase pavilions.

It is unknown what the disagreement was about or what caused Disney and law enforcement to conclude that they should leave the park.