Back in November, Disney filed a proposal for a new Disney Vacation Club tower to be added at the Disneyland Hotel. According to the OC Register, a final site plan was submitted revealing the first look at concept art and more details about the resort tower. 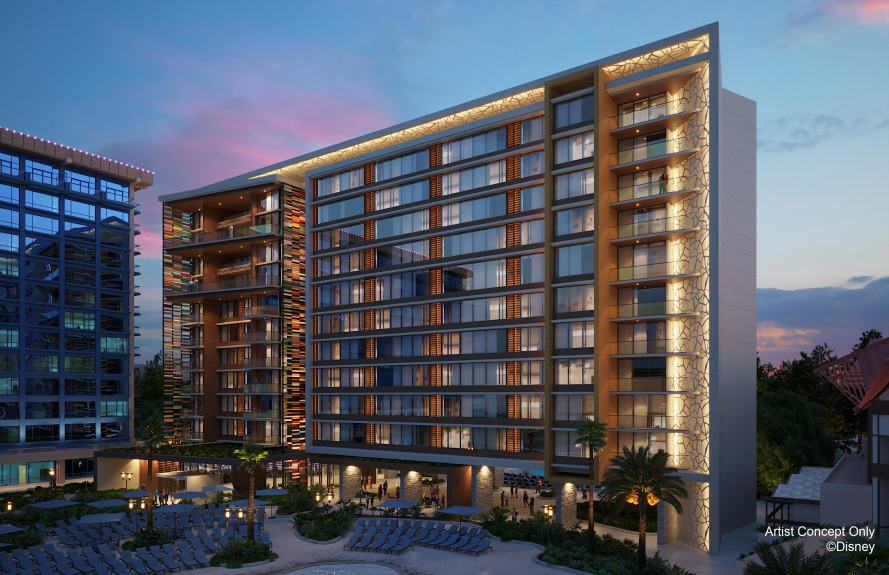