The Christmas season officially began on November 6th at Walt Disney World, but so far the emphasis has been solely focused on Magic Kingdom. From decorations to holiday character encounters, a selection of tasty treats and a surprise attraction overlay, Magic Kingdom has been the place to be if you were looking for holiday fun in early November. That changed today where Guests at Disney’s Hollywood Studios were delighted by some oversized mid-century holiday decor to make spirits bright. The merriment begins at the main entrance where silver tinsel brightens even the cloudiest of skies. Strolling down Hollywood Boulevard includes garlands overhead and Christmas stars down the street.

Oversized holiday figurines bring 1950’s holiday decor back in vogue around the end of Hollywood Boulevard. 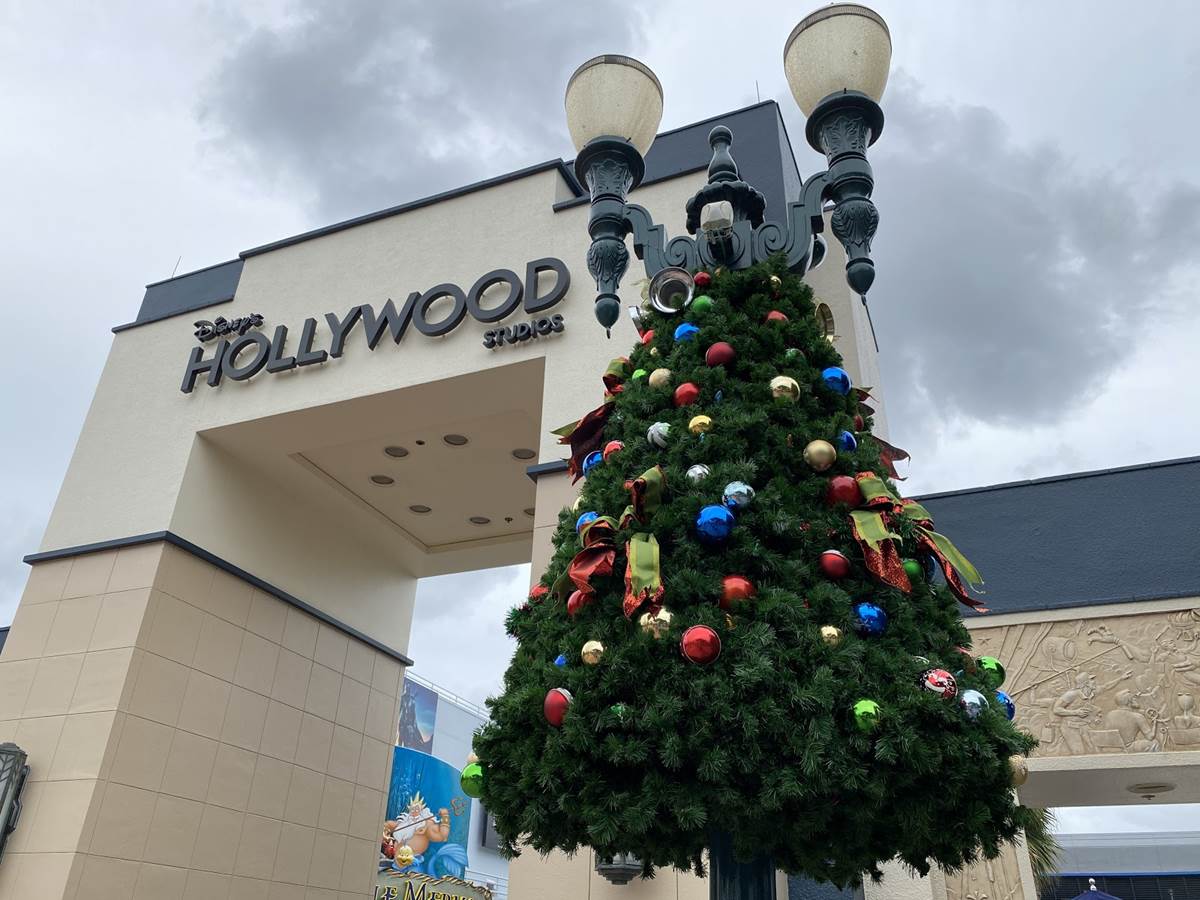 Mini-Christmas Trees decorate some of the light poles in this area.

The park’s tall Christmas tree stands at the center of Echo Lake, which is full of floating giant ornaments. Even the umbrellas around the lake have been decorated to look like Christmas trees. Gertie the dinosaur is in on the festive fun with a Santa hat and a giant ornament hanging out of her mouth with the seaweed she just pulled out of the lake. The treats have arrived at Disney’s Hollywood Studios as well with a Frozen Salted Caramel Hot Cocoa that comes with a light-up Mickey ornament. To match the ornament that comes with the drink, there’s also a Mickey ornament popcorn bucket. We hope you’ve enjoyed this look at some of the holiday fun that awaits Guests at Disney’s Hollywood Studios this season.