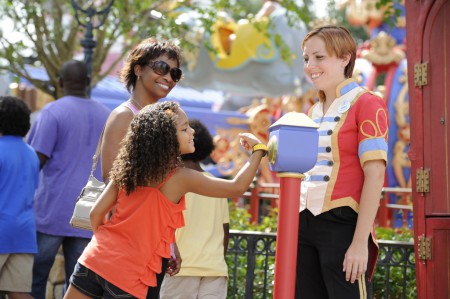 Walt Disney the Humanist: This week the crew look back on their stellar 2013 Bold Predictions and weigh in with their 2014 Bold Predictions. Which LPPer saw the future most clearly? The answer may surprise you (and them). We also have a long discussion on MyMagic+ and how it relates to Universal’s Diagon Alley.

Doobie: The co-owner of LaughingPlace.com. Doobie has been a Disney fan since 1995 and has visited Disneyland and Walt Disney World literally thousands of times though he’s never worked there. His favorite attractions are the restaurants. Doobie is the father of a 4.95 year old little boy named Gideon and a sometimes annoying dog named Happy (you can hear him in this podcast)

Rebekah: The other co-owner of LaughingPlace.com and Doobie’s wife. She’s a life-long Disney fan who’s also visited Disneyland and Walt Disney World thousands of times. She’s a big fan of the 70s Disney, especially the 70s Mickey Mouse Club. She’s the sensible one in the crew (just checkout podcast #19 for proof). She also has a 4.9 year old little boy – the same one.