It’s December 23rd and that can only mean one thing: Happy Festivus! As we’ve done in years past, we thought we’d celebrate the Festivus season by reflecting on the year in Disney in a way that would make Frank Costanza proud, including the traditional Airing of Grievances, the Feats of Strength, and a celebration of Festivus Miracles. It’s a Festivus for the rest of us! 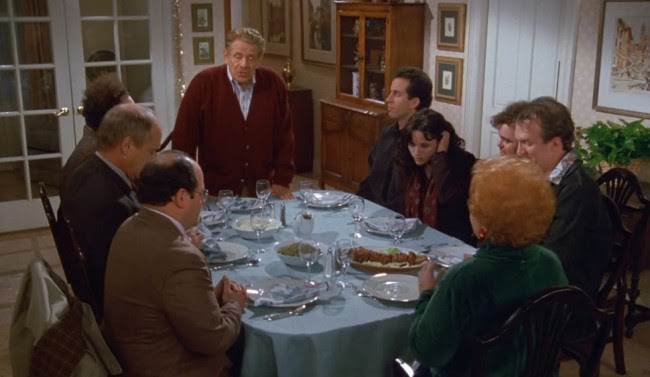 The Airing of Grievances

“I’ve got a lot of problems with you people! Now, you’re gonna hear about it!”

The tradition of Festivus begins with the airing of grievances. While we admire most of what The Walt Disney Company does over the course of a given year, there is always room for error and bad decisions. Here are some of the ways Disney let us down in 2020:

With the pandemic critically striking several of The Walt Disney Company’s sectors, it’s unfortunately understandable that they’d need to make some cuts. Sure enough, in March, the company announced it was temporarily cutting pay for executives and up, with newly-appointed CEO Bob Chapek taking a 50% cut and Executive Chairman Bob Iger forgoing his salary entirely. Yet, by the time furloughs turned to layoffs for more than 30,000 Cast Members, those salaries were reportedly reinstated. Regardless of the business realities of the move, it’s a bad look for Disney and really only gives more ammo to some of their critics — especially those whom the company shares a surname with.

It’s pretty safe to assume that, in 2020, everyone had to cancel something they were looking forward to. In these instances, there may have been a relieving sense of closure as plans were officially off the table with no more hope to hold onto. That’s partially why the cancelation of ABC’s Stumptown stung so much: the show had been renewed, with the axe coming down suddenly after the fact. What’s more, creators had already started laying out plans for the second season, including during a San Diego Comic-Con panel. Sure the show may have faced headwinds returning after a long hiatus, but it still should have been given a chance once the network went and got fans’ hopes up.

For a company that wants to be valued as tech startups are, Disney sure has some poor technological executions. Case in point: we assume that anyone who’s been on the Walt Disney World or Disneyland websites for more than 10 minutes has encountered the dreaded “Someone ate the page!” error. Yet the worst offender may be shopDisney, which seems to consistently be riddled with bugs, dead links, and other flaws. These are especially noticeable during their limited edition merchandise launches, which always seems to lead to complaints. To their credit, they tried to fix some of the issues by introducing MerchPass earlier this year, but even that seemed to cause issues and its implementation was sporadic. With online shopping getting a big boost this year, surely Disney will be able to funnel some of that money into making shopDisney a usable platform, right?

The Feats of Strength 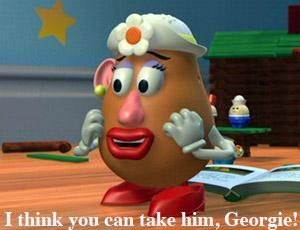 And now, as Festivus rolls on, we come to the feats of strength. 2020 was (against all odds) another pretty good year for Disney overall as they flexed their muscles at home and abroad. Here are a few examples:

It’s now been 13.5 months since Disney+ first debuted in the United States — and to say that the platform has proven surprisingly successful would be an understatement. Prior to launch, Disney stated that it expected to have between 60 million and 90 million subscribers by the end of 2024. Well, by their first anniversary, they had already topped 80 million worldwide. In turn, the service is now eyeing a massive 260 million subscriber target for that same 2024 timeline. And how will they accomplish that? Adding more than 100 original films and series, which were announced during a blockbuster four-hour presentation this month. It’s all pretty crazy when you think about it.

On this Festivus, five of Disney theme parks remain closed, their Cruise Line ships remained docked, and they’ve barely released any films in theatres all year. So, naturally, their stock has been trading at an all-time high in recent weeks. Wait, what? Despite dipping as low as $79 a share earlier this year, $DIS stock traded for as much as $179 in the days following the aforementioned Investor Day presentation. It’s definitely an impressive turnaround but the company seems primed for even more growth a mere 98 years into its existence. 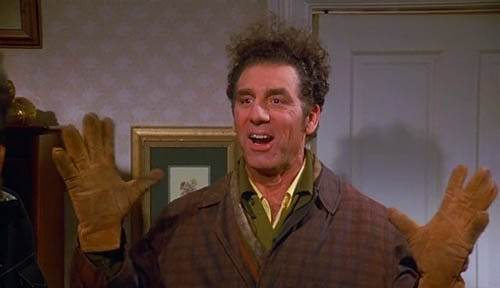 What other explanation can there be? These were truly Festivus miracles:

The Mandalorian crew can still keep a secret (or two)

In our annual Turkey of the Year post, we noted that leaks from the set of The Mandalorian including casting and character reveals were disappointing considering the fact that they were able to keep a lid on Baby Yoda for so long. Well, apparently the team can still manage a few major surprises, as evidenced by a couple of big-time reveals in the second season’s finale. We won’t spoil them now but, if you haven’t caught up yet, what the maclunkey are you waiting for?

Okay, so Disney+ did put out some stinkers this year (we’re looking at you, Artemis Fowl), but a lot of what the platform churned out was of surprising quality, even if it wasn’t promoted too heavily. Remember how the Olaf short “Once Upon a Snowman” sounded like awful overkill when it was revealed? Welp, it was actually good. Magic Camp sat on the shelf at Walt Disney Studios for years before unceremoniously debuting on the service so it must be atrocious, right? Nope — quite enjoyable, as it turns out. When your B-sides are on par with your hits, it’s gotta be a miracle.

You can now walk from Grand Floridian to Magic Kingdom

Yes, we already celebrated this development last year when it was in the works — but considering that the project managed to get done even with everything that 2020 threw at us, it deserves to be heralded as a miracle once again.