As if you needed another reason to want to stay there, Guests at Disney’s Grand Floridian Resort & Spa can now use the walkway to and from Magic Kingdom Park, which recently reopened at the Walt Disney World Resort. And in case you didn’t know, there was already a walkway from Disney’s Polynesian Village Resort to Disney’s Grand Floridian Resort, so Guests at the Polynesian can also take advantage of this Magic Kingdom Resort Area perk. We start our walk at Magic Kingdom so we can also see the brand-new boat dock with Resort Launches currently serving Disney’s Wilderness Lodge and Disney’s Fort Wilderness. As Mary Poppins says, “Off we go!” Several benches are available towards the end of the walkway for anyone who needs a break or a place to sit while waiting for the rest of their party. 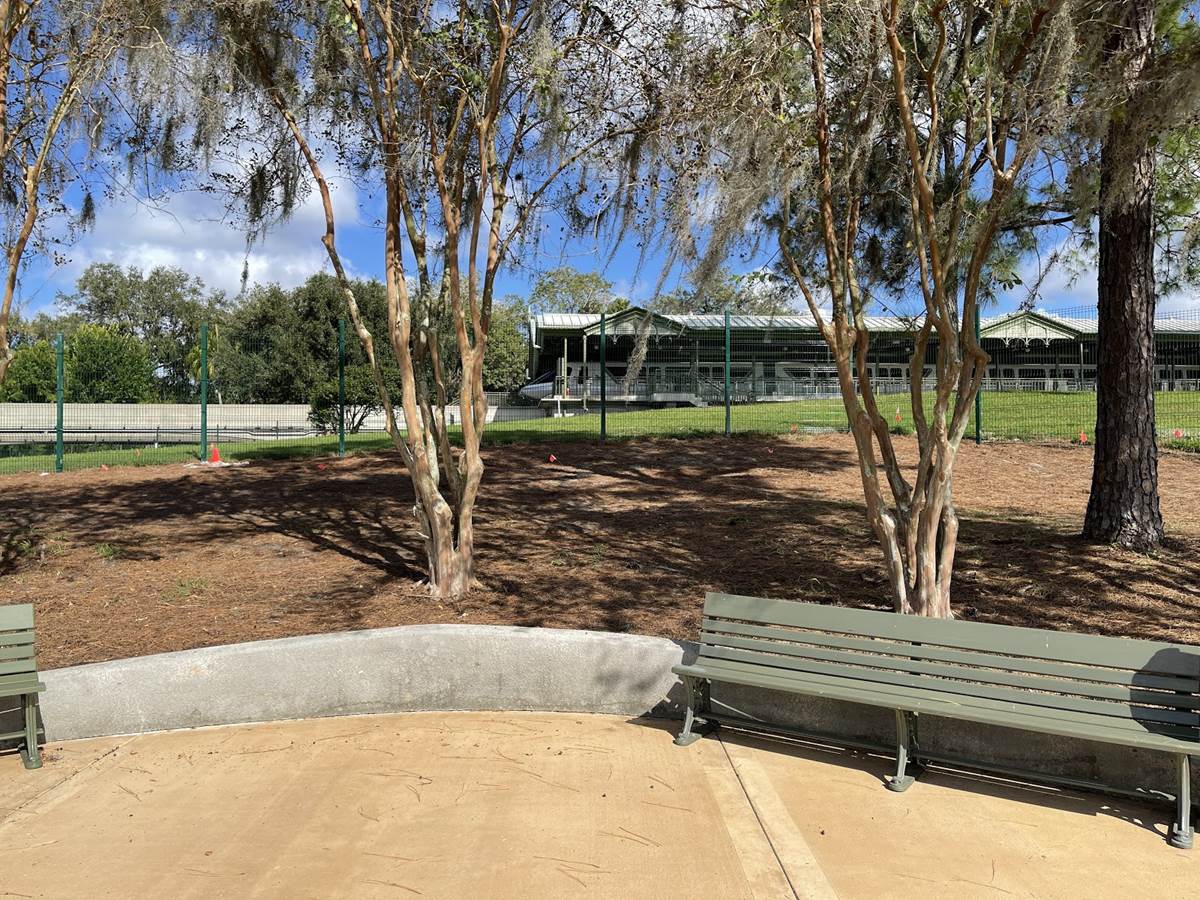 Disney’s pristine landscapes and walking along the Monorail beam makes for some amazing views during your walk. Views of resorts aren’t bad, either. You can see Disney’s Grand Floridian as you round the bend and head towards it. Behind you, Disney’s Contemporary Resort stands out against Florida’s majestic blue skies. The walkway has enough trees along the path to offer shade breaks for walkers. 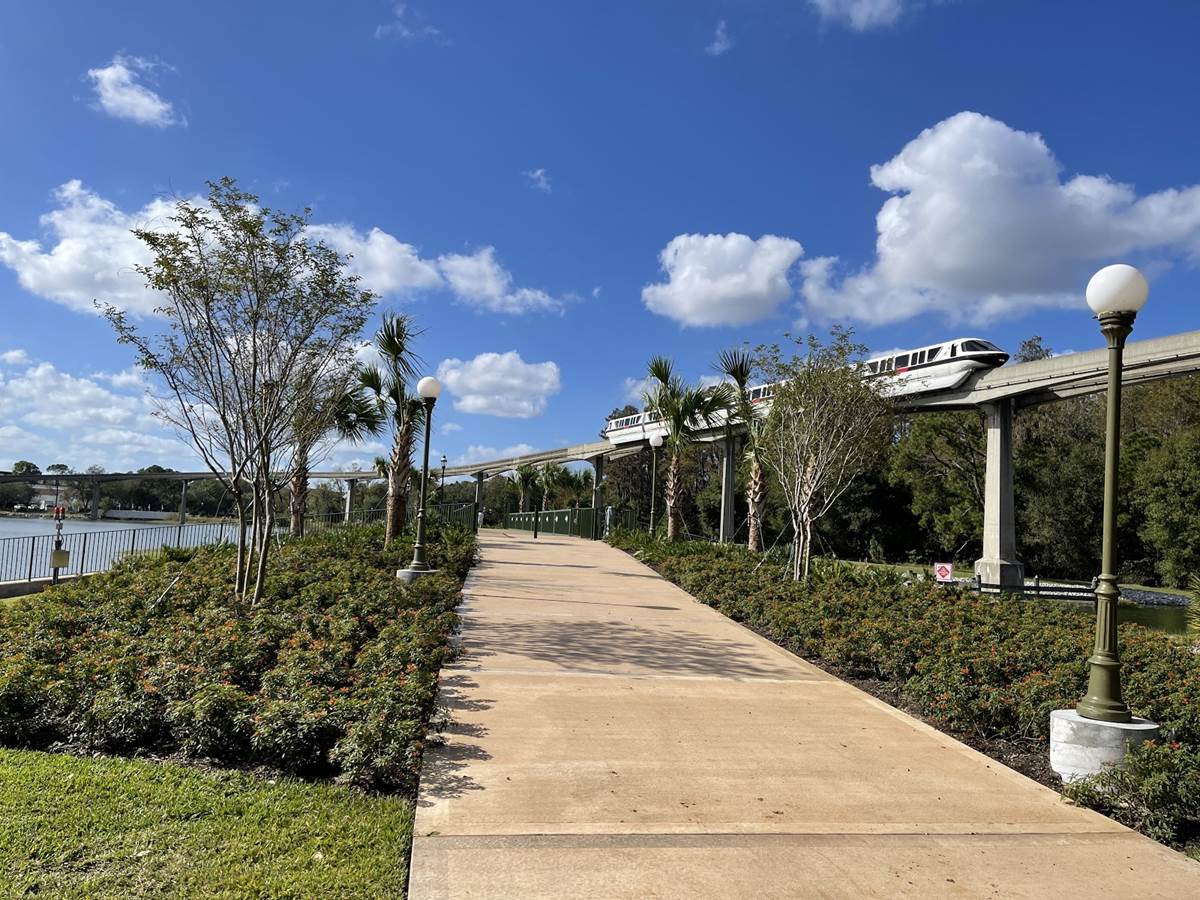 To make the walk possible, several new bridges were built. This is the first one you’ll cross. As you pass, be sure to wave to the Electric Water Pageant enjoying some rest and relaxation in its dock. While the walkway does bring you close to the sparkling waters of the Seven Seas Lagoon, there is a barrier that prevents Guests from running into the water. Here’s a view of the Grand Floridian you probably haven't seen before. We’re almost at the second and final bridge of the walkway. The “GF” on the trash can means we’re officially on Grand Floridian property! After passing under the monorail beam, you soon find yourself amidst the grandeur of one of Disney’s most desirable Deluxe Resorts. That was fun! I think we’ll go back and do it all again.