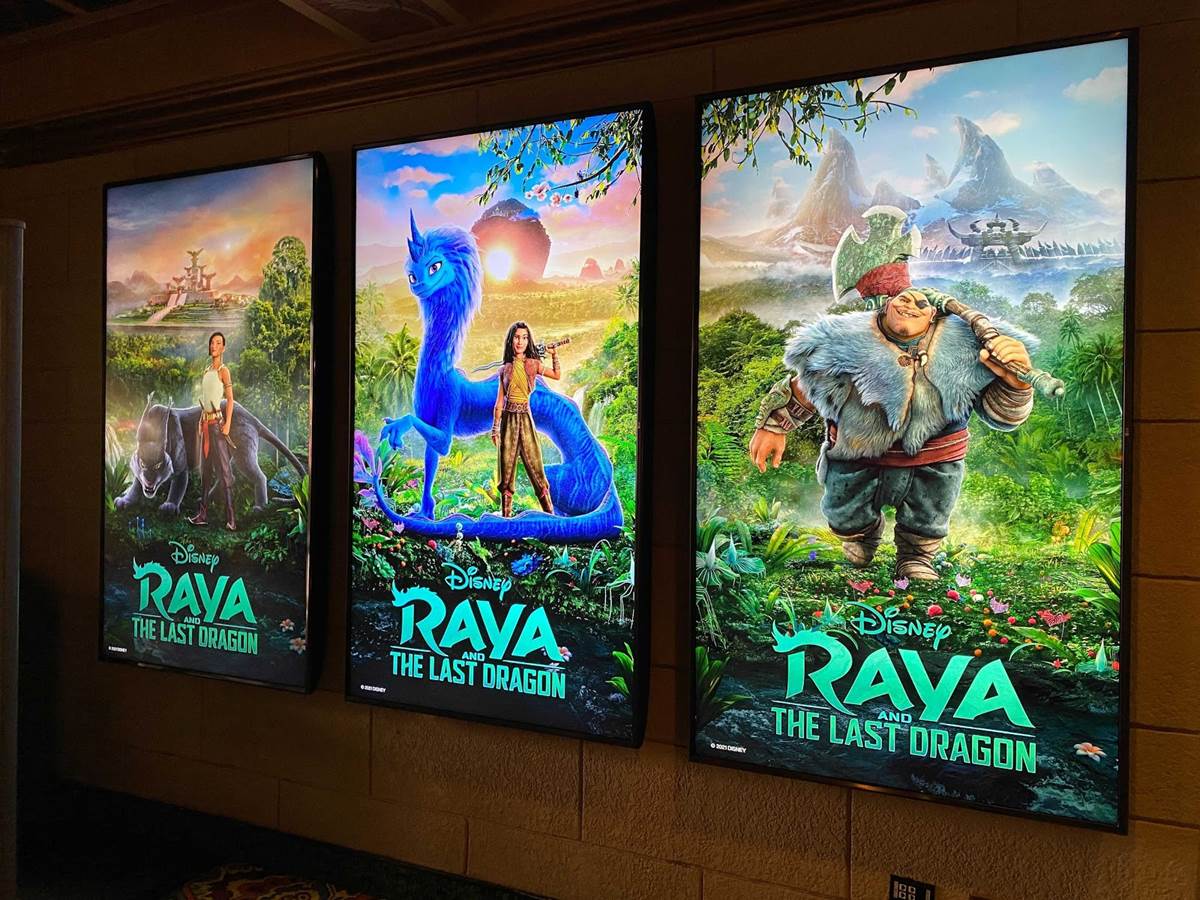 Up until this past weekend, it had been over a year since I last saw a movie in a theater. In the meantime, I’d gotten used to enjoying media exclusively at home via various streaming services and my own physical collection. But as much as I appreciate my home theater setup and the absence of the usual pesky distractions one would find at public screenings, in recent months I’d started to feel the itch to see something worthwhile again on the much bigger screen.

That’s why it was so nice when Laughing Place’s senior editorial staff invited me (and about a dozen or so other guests) to a privately rented out screening of Walt Disney Animation Studios’ latest animated feature Raya and the Last Dragon at the beloved El Capitan Theatre in the heart of L.A.’s Hollywood Boulevard tourist district. Pre-pandemic I spent an awful lot of time at El Capitan Theatre, both as a guest and as a Disney-focused entertainment journalist, so it was great just to be able to step in under the storied Hollywood movie house’s marquee again. Just beyond the box office the theater has set up a fun Raya and the Last Dragon photo op for guests to commemorate their visits, and of course there are hand sanitizing stations scattered around both outside and inside the main lobby. Plus, El Capitan has erected protective partitions around its snack bar to ensure picking up popcorn and candy remains as safe as possible for both theater attendees and the Cast Members working there. 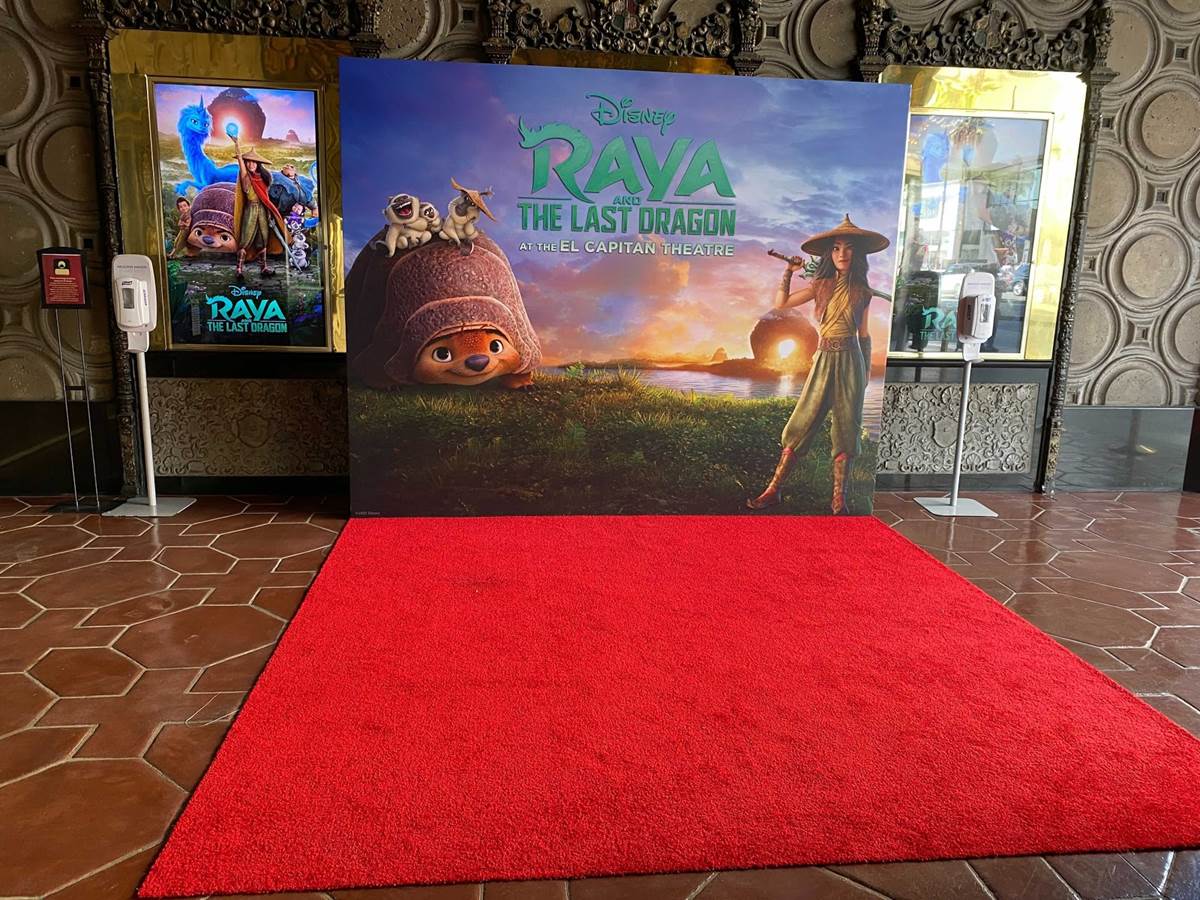 Inside, we found the theater’s always-impeccable decor just as gorgeous as I remembered… and once our group settled into our appropriately physically distanced seats in the ornate auditorium, it was time to start the show. After a personal greeting and safety regulation reminder from the affable head usher, El Capitan’s famous curtain show began and venue’s state-of-the-art projection and sound system kicked in, and we were treated to the trailer for Disney’s upcoming live-action feature Cruella starring Emma Stone, plus the excellent, extremely touching animated short “Up Again,” which is currently exclusive to theaters. As someone who previously paid the $30 for Disney+ Premiere Access to watch Raya and the Last Dragon at home, I hadn’t seen the short before and was very pleasantly entertained. Then it was time for the movie itself, which (as stated) I had seen pretty recently, but I made a point to drink in the film’s sheer visual beauty via the giant image in front of me. All told, returning to El Capitan Theatre turned out to be an ideal way to reacclimate myself to the idea of moviegoing in the eventual post-COVID world. Here’s hoping things continue to get back to normal sooner rather than later so stuff like this can happen more often. For more information on Hollywood’s El Capitan Theatre and to purchase advance tickets, be sure to visit the theater’s official website.