Earlier today, Funko Games launched their new it’s a small world family board game at Disney Parks and shopDisney, but there’s lots of Disney fun on the horizon with exciting new board games based on beloved Disney characters, films and attractions. Here’s a look at what’s coming soon for Disney fans of all ages from Funko Games.

Mickey and the Beanstalk Inspired by the popular short from Fun and Fancy Free, this cooperative game lets players become Mickey, Minnie, Donald and Goofy as they work to send food from Willie the Giant’s table down to Happy Valley and rescue the golden harp. With a 3D game board, part of the fun is sending your characters and the harp down the spiraling beanstalk. Best of all, players will win (or lose) together, depending on if they get caught by the giant. For 2-4 players ages 4 and up, coming this June. First available at Target. Inspired by Alice in Wonderland and the spinning Disney Parks attraction, this topsy-turvy teacup-stacking game is fun for all ages. Playing a card reveals which teacup a player needs to place on the tilting tea party table. There are 12 tea cups in 3 sizes, each with angled tea inside that makes it even more challenging to stack them without sending the whole tea party crashing down. For 2-10 players ages 5 and up, coming this June. Now available for pre-order. 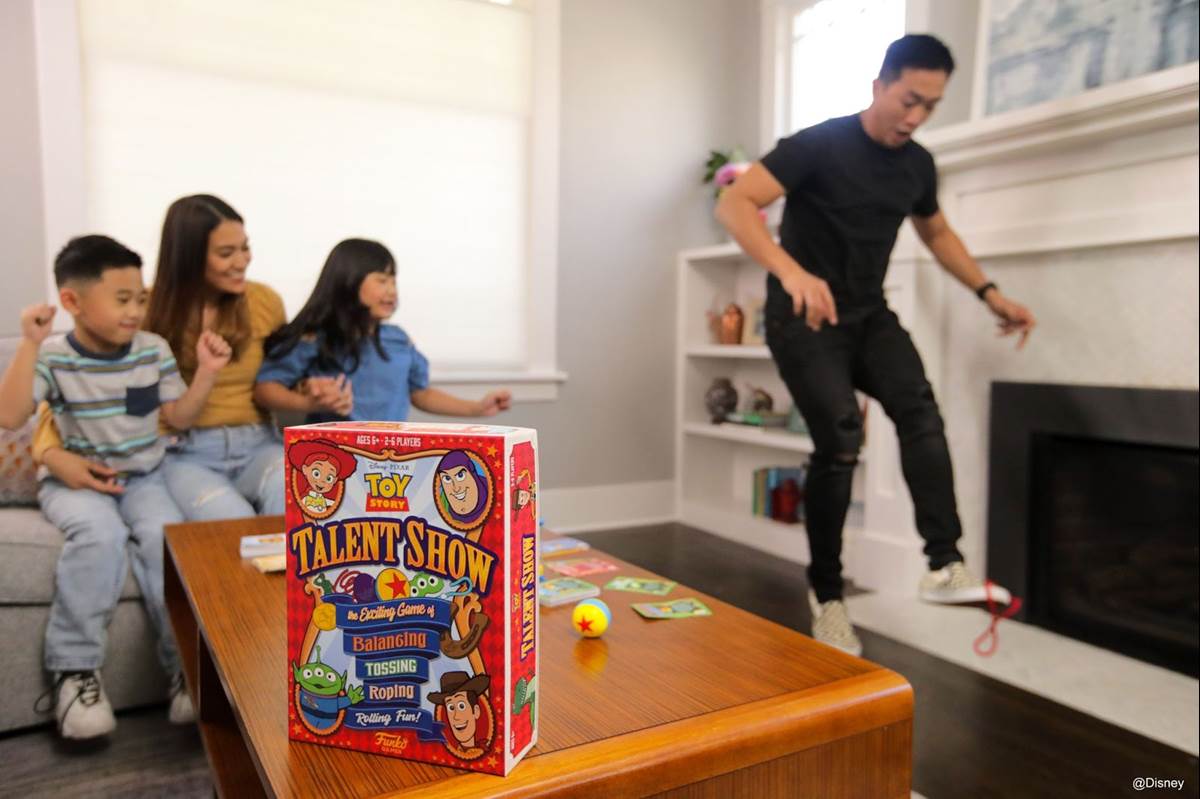 Bring a piece of the Midway home with you with the Disney Pixar Toy Story Talent Show for ages 6 and up. Inside the brightly colored box is everything you need, including cards and character-inspired props. There are 100 physical challenges that encourage players to get out of their seat and move around. Players complete challenges on cards to earn prize tickets, trying to have the most number of points by the end of the game. For 2-6 players, coming this June. Now available for pre-order. 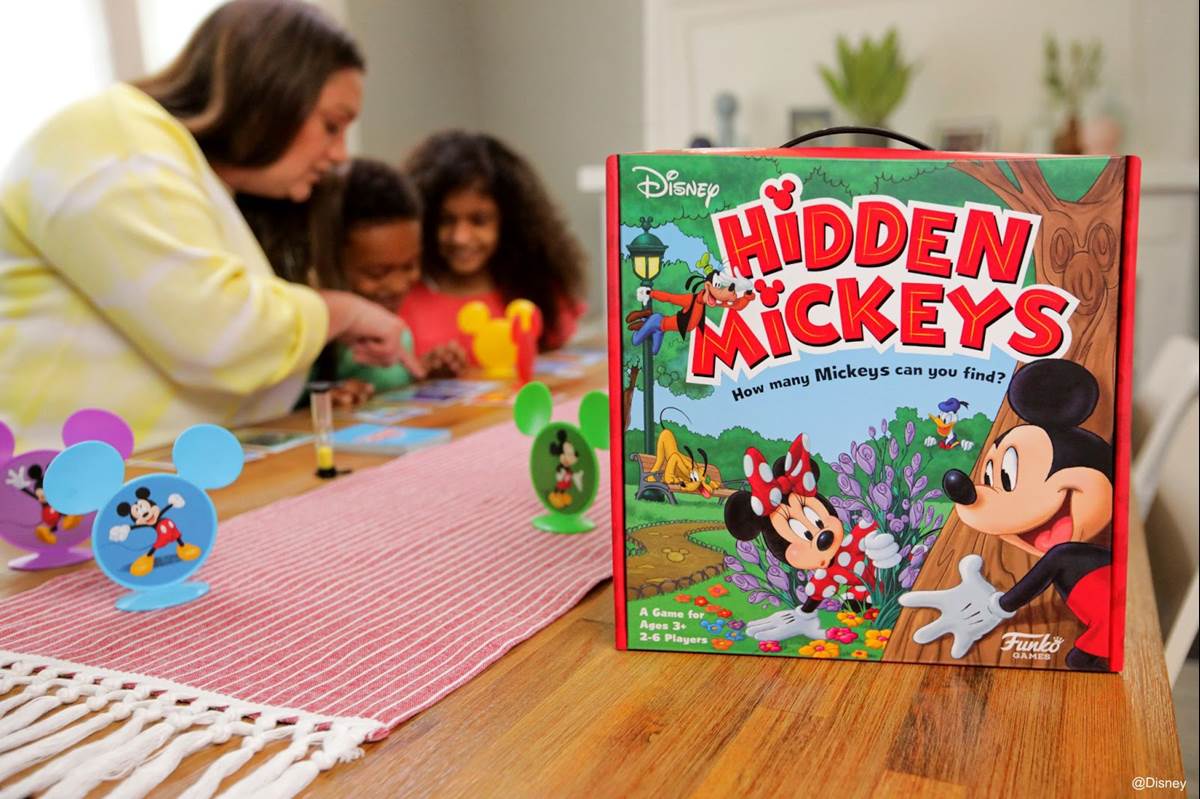 Do you love finding Hidden Mickeys when you visit Disney Parks and Resorts? Well now you can bring that fun with you wherever you go with this Hidden Mickeys game for ages 3 and up. The game comes with Mickey-shaped markers that can be hidden anywhere and cards that contain Hidden Mickeys on them. On a player’s turn they draw a card that lets them know which Mickey marker they need to go find and bring back to the table. Winning the round earns them a card with Hidden Mickeys on it. Once all the markers have been found, players count up the Hidden Mickeys on their cards, each containing between 4 and 7, and whoever has the most wins! For 2-6 players, coming this June. Now available for pre-order.

Disney Pixar You Can Fly! Babysitter approved, this game gets kids up and moving as they choose from one of four soft-foam flying characters (Dumbo, Tinker Bell, Buzz Lightyear and Pegasus) and create their own course through the house or outdoors. Drawing cards, they complete fun challenges like throwing their character with their eyes closed. For ages 4 and up and 2-4 players, coming this June. Now available for pre-order. How well do you know your Disney Princess stories? In this exciting matching game, players gather around a wishing well with cards featuring Disney Princess characters. A spinning bucket drops glittery coins into the well, which feature objects or characters from a Disney Princess story. Be the first player to identify two coins from the same story (such as a glass slipper and mouse from Cinderella) to win the round and choose a coin to add to your board. To win the game, get 4 coins in a row on your board before any other players. For ages 4 and up and 2-4 players, coming this June. Now available for pre-order. Marvel is coming to the Pop! Funkoverse games this June with two releases, the #100 four-pack with Iron Man, Captain America, Black Panther and Black Widow and the #101 expansion pack with Thanos. As before, these characters can be mixed and matched with other Pop! Funkoverse games, but the Marvel set comes with new Scrimmage and Siege game modes in addition to bonus objectives. Add the #101 Thanos set to your game to play  the new Infinity War mode, which includes all 6 power stones. Both of these releases will be available this June for ages 10 and up. Now available for pre-order.