TV Recap – “Y: The Last Man” Episode 2 – “Would the World Be Kind” Fast Forwards Months Into the Cataclysm

Hello and welcome to the second installment of Laughing Place’s regular recap of the science-fiction drama series Y: The Last Man, which premiered this past Monday via FX on Hulu. Episode 2 of Y: The Last Man, entitled “Would the World Be Kind,” begins where the premiere episode left off, with Agent 355 guarding Congresswoman Brown after all the men around them have dropped dead. Everyone has now donned gas masks in a panic, and Agent 2355 ducks into a bathroom to catch her breath and activate a secret device hidden in a lipstick tube. We smash cut to a snowy suburban neighborhood and see a caption that says “Day 8” as Agent 355 enters a FedEx shop filled with post-office boxes. After using a key to open a secret door, she goes into the back room and finds more dead men hunched over computer terminals. She moves their bodies to the floor and uses the CB radio to call other stations, but there is no answer. In a storage area, she opens a cardboard box and takes out a series of personal items including a necklace that she puts on and an envelope that reads “NOT YET.” Inside is a piece of paper with an address written on it.

We cut to a fence around the White House being overrun by protestors, and then we see the remaining female government officials holed up in a Pentagon bunker watching the chaos unfold on TV. Agent 355 approaches Congresswoman Brown and explains that she is the member of a covert task force and not really in the Secret Service. She says there was a credible threat against the president but she doesn’t know what it was as she hadn’t been briefed yet. She says Brown (now the de facto president) can call her Sarah. Everyone else in the bunker starts to freak out when the White House gets overtaken by the riots, but President Brown gives a speech to try to calm everyone down. “It’s going to get worse before it gets better. We are going to have to keep making hard choices to deal with the panic and the outrage, but it’s going to take all of us.” 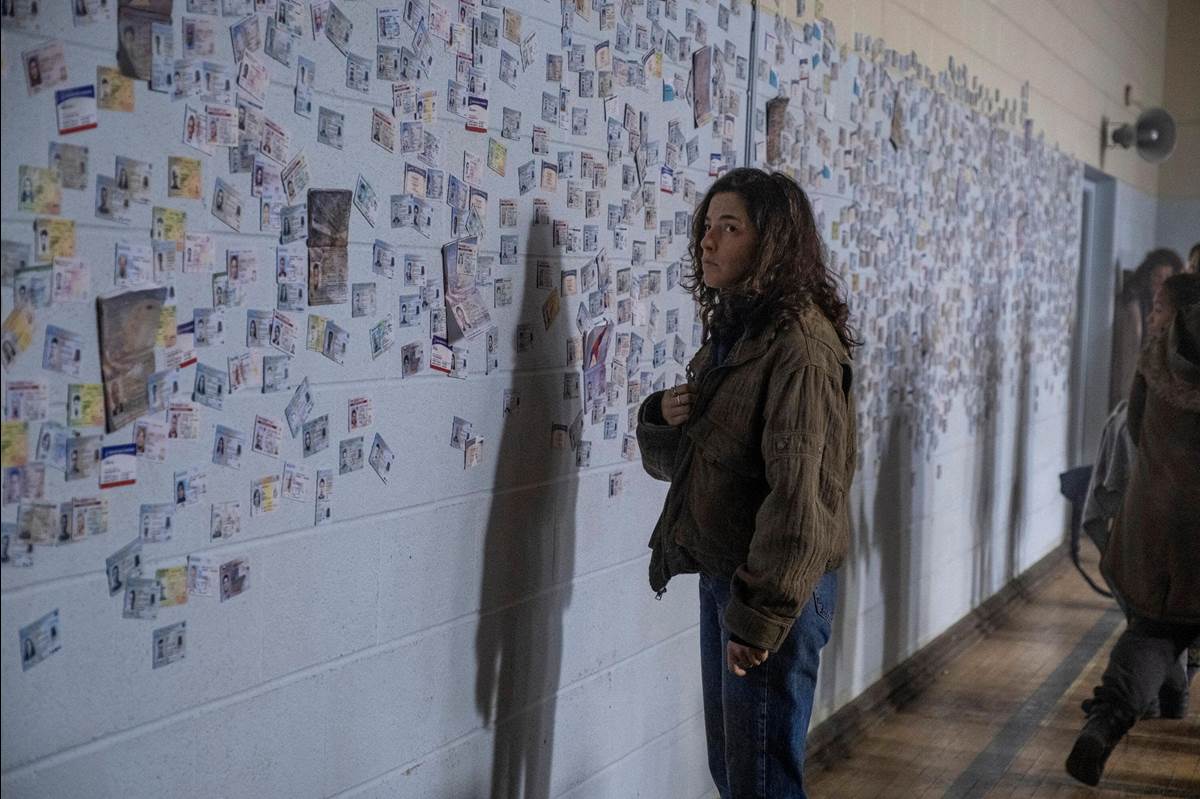 Next we cut to Day 62, and Yorick getting ready to go outside with his pet monkey Ampersand. He puts on a gas mask and the monkey goes into its crate. At the bunker, President Brown is briefed on the status of getting the electrical grid up and running. They talk about evacuating New York City and Agent 355 tells Brown that it’s possible her daughter Hero got out before things got really bad. Brown orders Sarah to find her daughter, and she makes a speech that people hear in a FEMA center where refugees have gathered, including Hero. Hero consoles a mother whose husband disappeared in the catastrophe. Hero steals a pair of pliers from the desk, and we cut to a group of survivors who have taken Hero in, including her Transgender friend Sam Jordan who wants to bring her to her mother who is now the president, so they can get access to reliable food and water supplies. Agent 355 hitches a ride on a military helicopter set to drop leaflets into New York in order to hunt for Hero.

Kimberly Cunningham applies her makeup and gets dressed in her bedroom at the Pentagon, though her mother, the former First Lady, can’t seem to snap out of her post-catastrophe stupor. Kimberly meets with President Brown and asks her to secure a certain sperm bank in New York. “Without men, there is no future.” “I hear you, but we’re just trying to survive the present,” replies Brown. Y breaks into another building looking for his girlfriend Beth and spray paints more messages on the walls. He spots a photo booth machine and takes a series of photos of him and Beth from its frame. Ampersand runs away and scurries down a flooded subway tunnel, so Y reluctantly follows him into the disgusting water, pushing his way past dead bodies. Hero returns to the ambulance where she had killed her coworker and places a pacifier she finds in his clothes on his corpse. She takes his wallet and leaves. 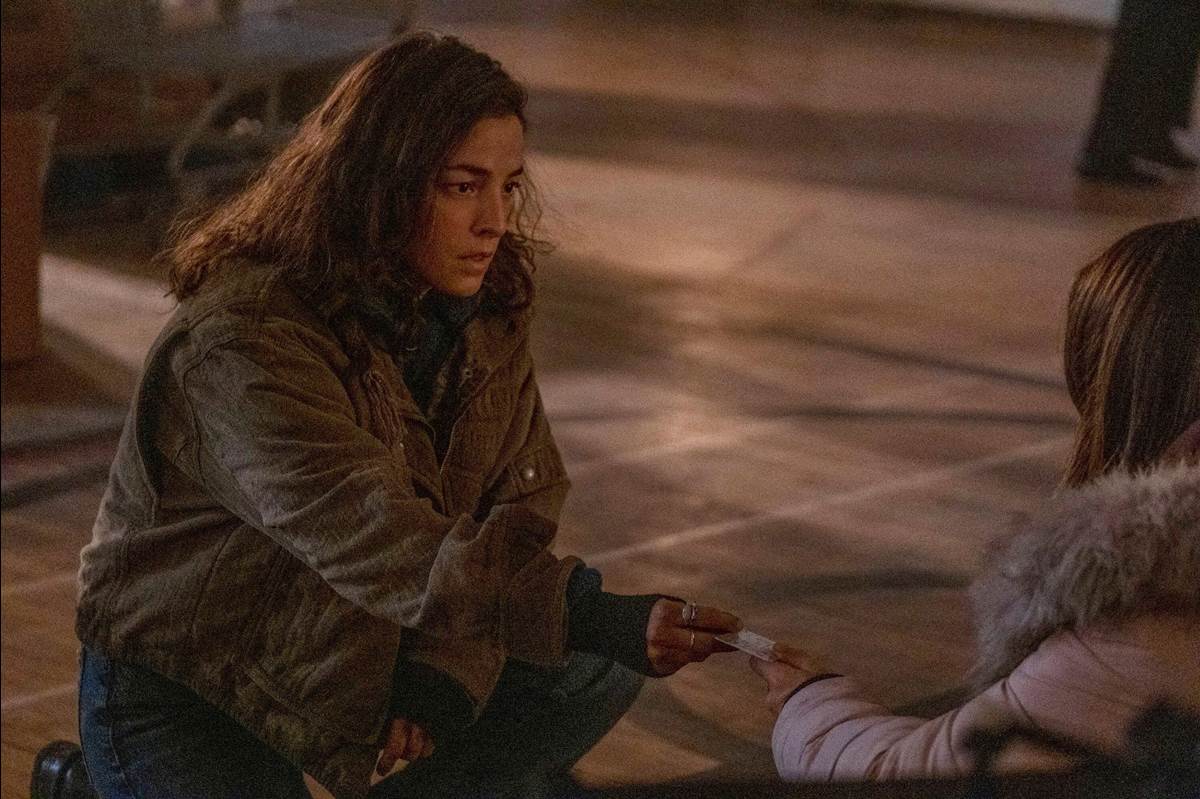 At a dry cleaner’s, Yorrick strips off his wet clothes in an attempt to get some fresh clothes after swimming in subway water. The women who own the store confront him and ask why he didn’t die in the catastrophe. They pull a gun on him and say they can trade him for goods. Y breaks down and the women take pity on him and give him clothes. He warns them that they need to leave the city or they’ll get trapped there. “This is our home,” one of them replies. He leaves a small Snickers bar on the counter as payment before leaving with the clothes. At the FEMA location, Hero gives the young mother her dead coworker’s driver’s license. “It was you, wasn’t it? I knew there was someone,” the mother says. “Thank you. I wasn’t crazy. At least he wasn’t alone.” Back in the subway station, Yorrick watches a video on his phone of Beth complaining that he got a cat, although it turned out to be a capuchin monkey. Suddenly Ampersand comes around the corner and the two friends are reunited. Y and Ampersand go to Hero’s apartment but it’s empty. “I think I’m out of ideas, buddy,” says Y.

Hero returns to her friends’ base of operations to find Sam, who says the others left and took their bikes. “Do you have any idea what it’s like out there for me? The questions I have to answer? I have to explain all over again.” He says their friends took the rest of their testosterone, and Hero hugs him. “It’s going to be okay.” Sam says he just wants to find Hero’s mom. “I don’t care what she did to you a hundred years ago when the world was different. And you owe me.” “Okay,” Hero agrees. At the Pentagon, Nora Brown tries to get inside but is turned away by the soldiers guarding the complex. She and her daughter walk out through a tent city made up of angry protestors. Inside the Pentagon, the former First Lady Marla visits President Brown with alcohol. “Don’t make me drink alone.” Marla says she wants to go home, but not to the White House. She wants to bury her son in Lynchburg, but Brown says they can’t spare any Secret Service. They talk about the state of New York and the possibility that Hero might still be alive. “The world ended and she’s still stubborn as hell.” Marla tells a story about being pregnant with her daughter and the fears she had for her life, in comparison to her son who she never worried about. She says she’s going to go home if she has to walk alone.

At Hero’s apartment, Yorrick gets spooked by a noise, which turns out to be Agent 355 looking for Hero. A helicopter arrives at the Pentagon with Sarah and Y, who hugs his mother as they cry together in happiness. Two pilots who witness the reunion are ominously ordered to follow Agent 355, and the show cuts to the end credits.