TV Recap – “Y: The Last Man” Episode 1 – “The Day Before” Sets Up Characters Prior to Chaotic Outbreak

Hello and welcome to Laughing Place’s new regular recap of the science-fiction drama series Y: The Last Man on FX on Hulu. The show is an adaptation of the 2002-2008 comic-book series of the same name written by Brian K. Vaughan, and its first episode is entitled “The Day Before.” 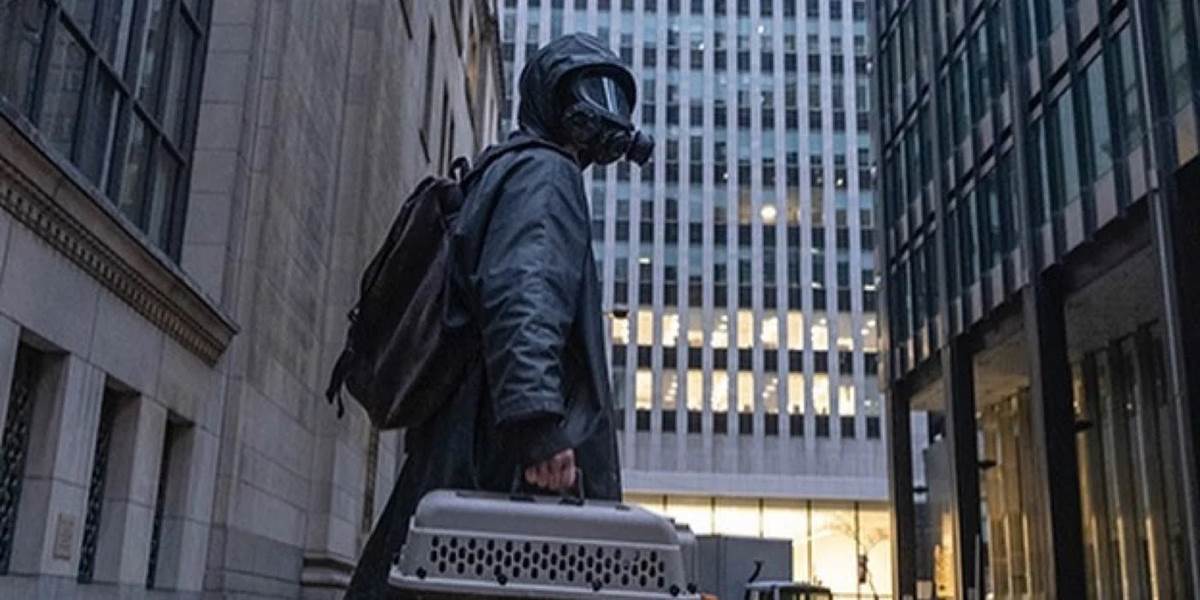 The premiere episode begins with shots of locations all over the world, where dead bodies litter the streets and memorials honor those that have apparently passed in a mass catastrophe. A monkey jumps into a taxicab and retrieves a pen for its owner, who trades a cracker for the writing implement. The man is spray painting a message on the walls of this city: “Beth, I’m alive. Come home. – Y” A crashed helicopter falls from the rooftop of a nearby skyscraper and Y (real name Yorick, played by Ben Schnetzer) dashes out of the way at the last second. The camera then pulls up and reveals the streets are also in the shape of a “Y” and the series enters its first opening credits sequence.

We then flashback to the day before and Y practicing an upside-down escape maneuver from a straight jacket while a young male child watches. The landlord knocks at the door and demands a rent check after Y fails the trick and falls to the floor. The kid says this has to be his last magic lesson as his dad doesn’t feel that they’re getting their money’s worth. In Washington, D.C., a congresswoman named Jennifer Brown (Diane Lane) climbs a set of steps while followed by a group of aides. She appears before a camera crew and we find out that she’s Yorick’s mom. At a support group in Brooklyn, Y’s sister Hero (Olivia Thirlby) walks out and meets with her brother outside, who requests some money to buy a ring in order to propose to his girlfriend Beth. The sister mocks his desire to become a professional escape artist but begrudgingly gives him $20.

In Oklahoma, a woman known only as Agent 355 (Ashley Romans) is building a bomb for her boyfriend, who is preparing to sell it to a group of domestic terrorists. He makes her wait in the other room because “I don’t think these guys want a bomb made by a black chick.” The woman sneaks out the back window and walks through the neighborhood, using her cell phone to set off the bomb, presumably killing both the boyfriend and his customers as the house she was in explodes. She continues running through the countryside until she comes across a dead deer on the side of the road. She gets picked up in a black car by a man who offers her a “promotion for a job well done.” At the home of the President of the United States (Paul Gross), an aide named Nora (Marin Ireland) goes into damage control after she hears that Congresswoman Brown called him a misogynist on television. The President makes Nora fire a gun at a target, though she is hesitant to pick up the firearm. 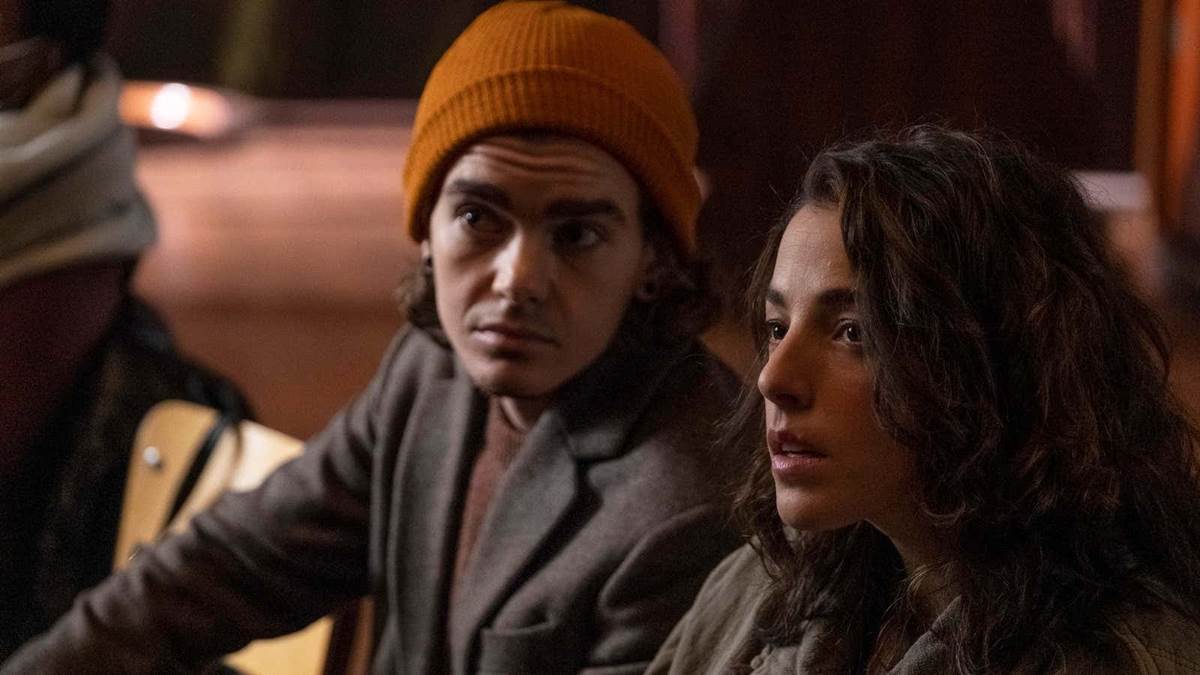 At a public appearance, an author named Kimberly Cunningham (Amber Tamblyn) who happens to be the president’s daughter is promoting a book about “Cancel Culture.” Backstage, she complains to her husband about the senator’s comments while their kids run rampart in their hotel room. Two of the boys find a dead mouse in the corner of the room, and we smash cut to a dinner party where several of the characters we’ve already met are converging at the same place. Congresswoman Brown is brought into a room to chat with the president about her comments earlier in the day. They also discuss the explosion in Oklahoma, and the president offers to “work together” with the congresswoman, but she rebukes him for being “a politician,” In an ambulance, Hero talks with her coworker who says he’s told his significant other about the affair he’s having with her.

At home, Y prepares a grilled cheese dinner for Beth (Juliana Canfield), who complains about her day at graduate school. Y tells Beth he should come with her to Australia, but she says he should stay in the U.S. and work on his magic show. He gets out a ring box and Beth is taken aback as he gets down on one knee. “I can’t just ask you to drop your life and move to Australia.” Beth says Y will hold her back from meeting people, which sets him off while their pet monkey screeches in its crate, and their argument ends with her storming out of the apartment. Back in Oklahoma, Agent 355 prepares for another mission, scouring her previous apartment and learning about her new identity as a Secret Service agent.

In D.C., Congresswoman Brown’s assistant meets with a date until they are interrupted by a series of animals acting out of the ordinary. At the dinner party, Congresswoman Brown runs into Kimberly and they have it out, and then Brown reconnects with her estranged husband and they discuss Y’s financial situation, then talk about the possibility of reconciling their differences. Her husband thinks it's a political move and concludes it’s time for them to get a divorce. Back inside, the president gives a speech for his wife’s birthday as Brown watches disapprovingly from across the room. Nora arrives home to her messy apartment and her husband attempts to comfort her after a hectic day. They both hear one of their children scream from the other room, and the husband leaves to take care of the issue. Hero and her coworker boyfriend lie in the back of the ambulance together and talk about their future together until he goes outside to pee, leaving her alone. A stray dog approaches and starts vomiting blood, and the boyfriend returns to the ambulance to find that Hero has discovered texts from his wife proving his story wrong. They fight to the point where Hero accidentally severs his jugular using an oxygen tank. 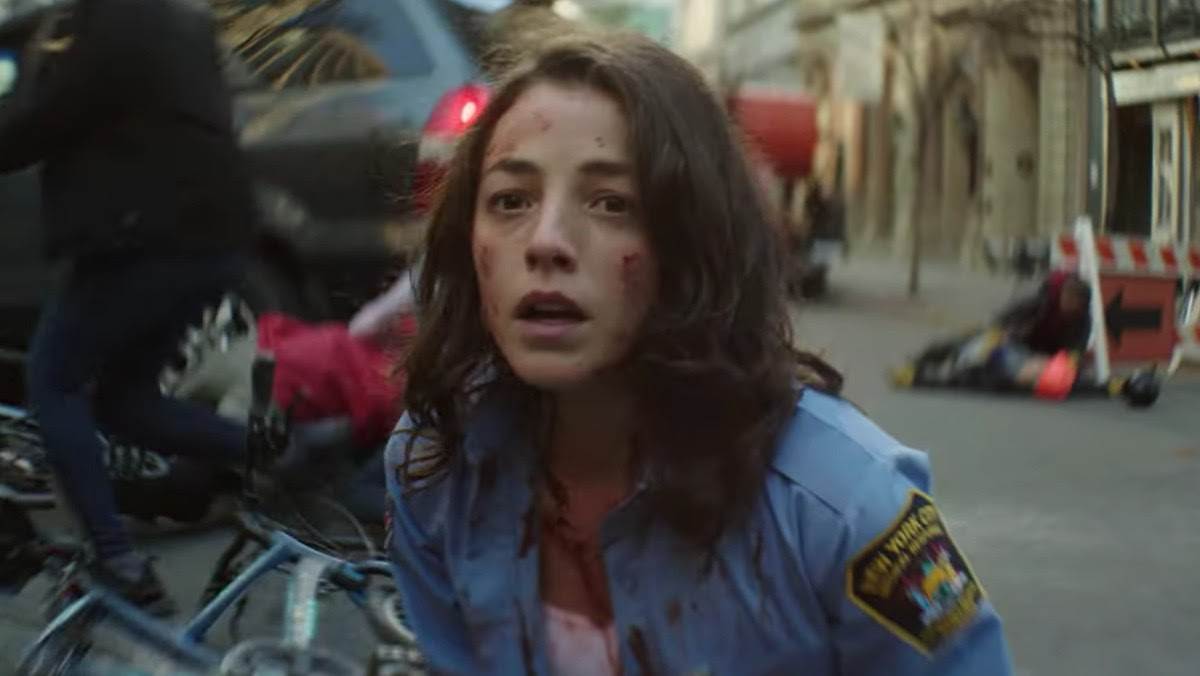 The next morning, Agent 355 arrives in Washington, D.C. and takes a post in a briefing room as Congresswoman Brown takes her seat. At home, Nora prepares lunches for her children and accidentally cuts her hand open with a knife. Then we cut to the ambulance where Hero’s married boyfriend lies dead and her feet, covered in blood. A police officer shows up on the scene and starts banging on the ambulance door. Nora’s daughter comes down to breakfast and tells her mom that her brothers are still asleep. Hero exits the ambulance to find the cop dead on the ground outside near the dog, which has also collapsed. At the briefing, the president says there’s a distress call out of Israel as his nose starts bleeding and he falls to the floor. Suddenly all the men at each location begin dying violent deaths, and Nora discovers her wife and male children dead in their bed. Panic grips the streets as everyone begins to realize what’s happening. A young girl watches the chaos from a crashed car as her father lies dead in the driver seat next to her. An aide reports that Air Force Two has crashed into the Atlantic Ocean, and Congresswoman Brown attempts to calm down her aide as they head to a secure location.

At home, Y listens to the Magnetic Fields as he sleeps on the couch. He wakes up when his pet monkey throws food at him and looks around for Beth. His phone doesn’t work and his jaw drops open in shock when he starts hearing screaming and explosions coming from outside. 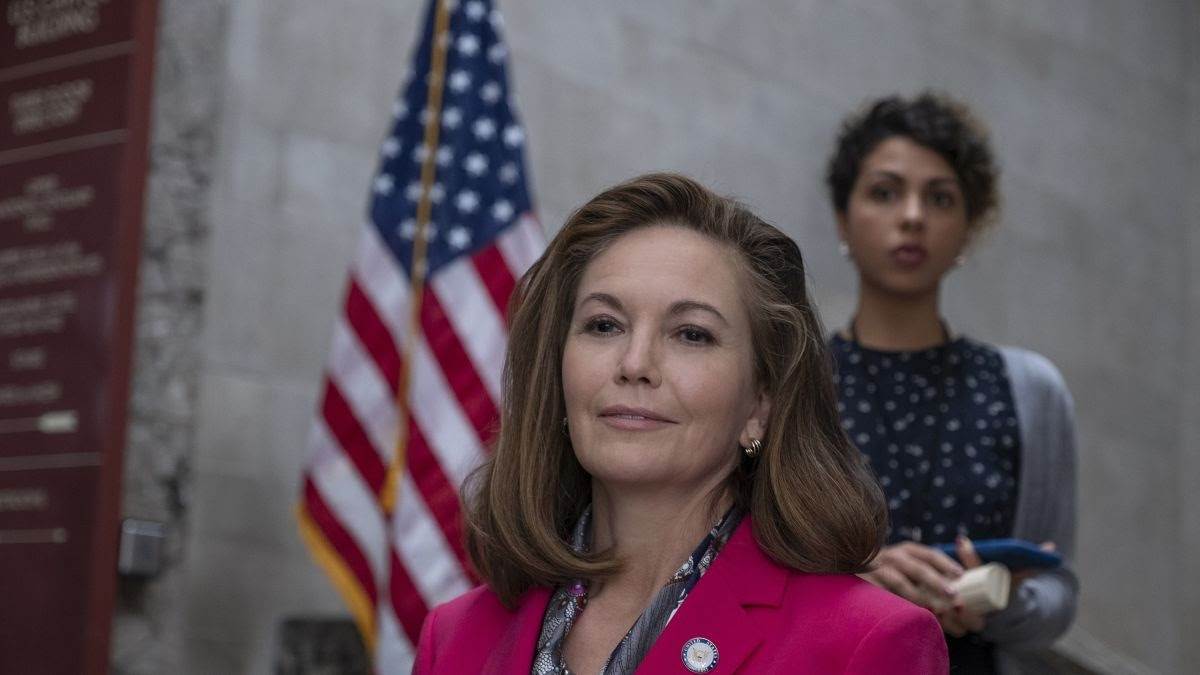