Disney Channel and Disney Junior have some tricks and treats in store for viewers this October. Kids and families won’t want to miss the Halloween fun. Mark your calendars, these are the programs you won’t want to miss! 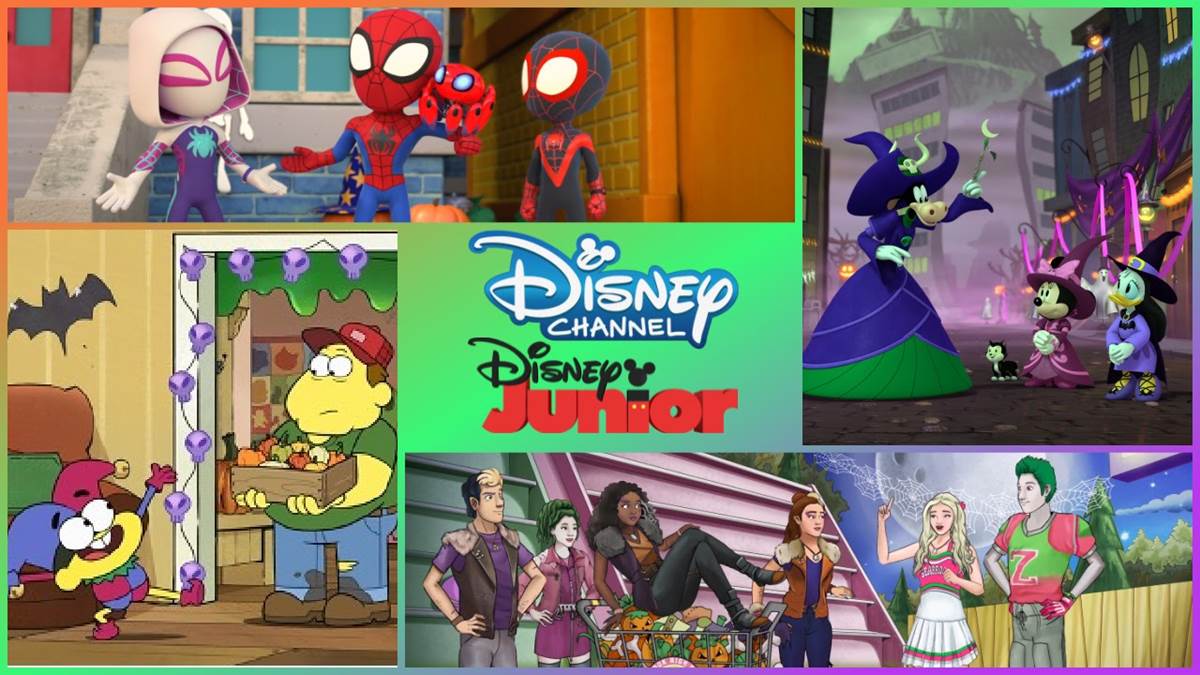 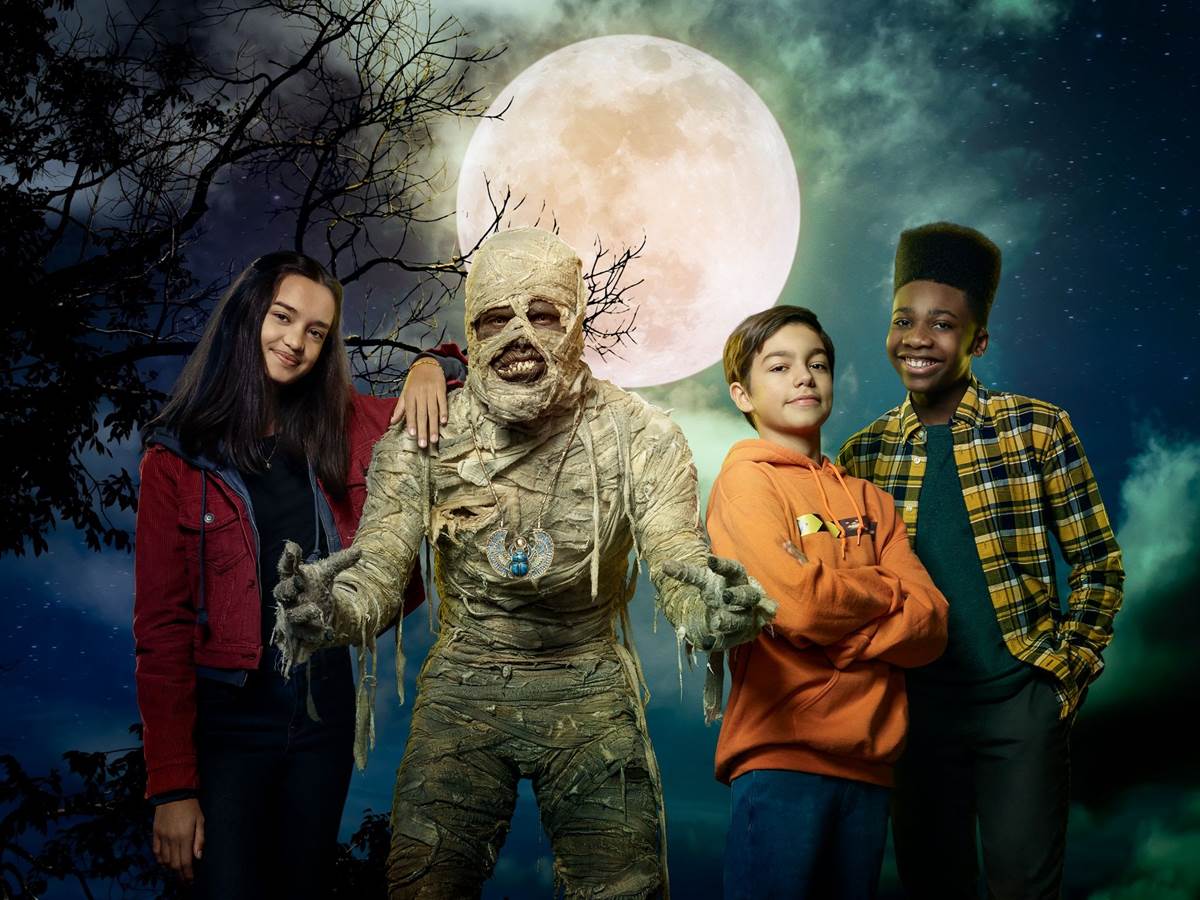 “The contemporary comedic remake of the 1997 Halloween classic of the same name follows three 12-year-old friends, Marshall, Gilbert and Amy, as they happen upon and awaken a mummy, which they affectionately name Harold. Together, they must rush to return him to his resting place before midnight on Halloween. Along the way, the team narrowly escapes a nefarious group of criminals who are determined to sell the mummy to the highest bidder. When Harold is inevitably captured, Marshall, Gilbert and Amy must band together to stand up to the criminals, face their fears and rescue their new—but rather "ancient"—friend.” "The Curse / First Day Frights" – In the first story, Molly and the McGees move into their forever home, only to discover that it's already occupied by a grumpy ghost. In the second story, Molly is determined to make a good first impression on her first day of school. "Addison’s Monster Mystery Shorts is a series of six animated shorts featuring the hugely popular characters from the beloved "ZOMBIES" franchise. Lending their voices to the shorts are franchise stars Milo Manheim (Zed), Meg Donnelly (Addison), Chandler Kinney (Willa), Pearce Joza (Wyatt), Ariel Martin (Winter) and Kylee Russell (Eliza). As the series begins, Addison is hosting the Seabrook High's Halloween Fall Ball and is going above and beyond to ensure the event is extra spooky and fun. After she gives the school's ‘Shrimpy’ mascot costume a make-over using some stones from the Wolf Den, a mysterious power brings the costume to life, like a pink, googly-eyed Frankenstein’s monster. As Monster Shrimpy begins terrorizing Seabrook and smashing everything in his path, Zed will need to work together with Addison to save the Fall Ball…and Seabrook itself.”

In the ZOMBIES themed episode, the kid bakers must design a spooktacular cake featuring cake pop pom poms, a glow in the dark element and a fault line showcasing the vastly different monster worlds of Zombietown or the Werewolf Den in the Forbidden Forrest. Co-hosts Issac Ryan Brown and Dara Reneé set the spooky mood and, along with Disneyland Resort pastry chef Gracie Gomez, welcome back baking influencer Mia Starr as a guest judge.”

“‘The Hunt for the Rad October’ – Sydney and her friends are excited about Halloween and their peanut butter and jelly group costume until they discover they are the only eighth graders in costumes at school. Embarrassed that their peers think the holiday is just for "little kids," they change their costumes so they won't be recognized by any of their classmates when they go trick-or-treating one last time.”

“‘Beware the Fright Master’ – After exposing Jace as Havensburg’s long-time "Fright Master," an unknown entity that haunts the school, Gabby becomes obsessed with scaring him, but she goes a little bit too far in her efforts. Meanwhile, Swift and Jeremy are excited for their first Halloween.” “The Greens prepare for their Halloween party and Tilly feels bad for Bill, who’s disappointed by the poor yield of his small pumpkin patch. When they visit BigTech to make a produce delivery, Tilly secretly "borrows" Gwendolyn Zapp’s alien chemical compound to make Bill’s pumpkins grow bigger. At first it works, making the pumpkins larger, but it also mutates them into body-snatching alien monsters.”

Marvel's Spidey and his Amazing Friends – Friday, October 1st at 9/8c am 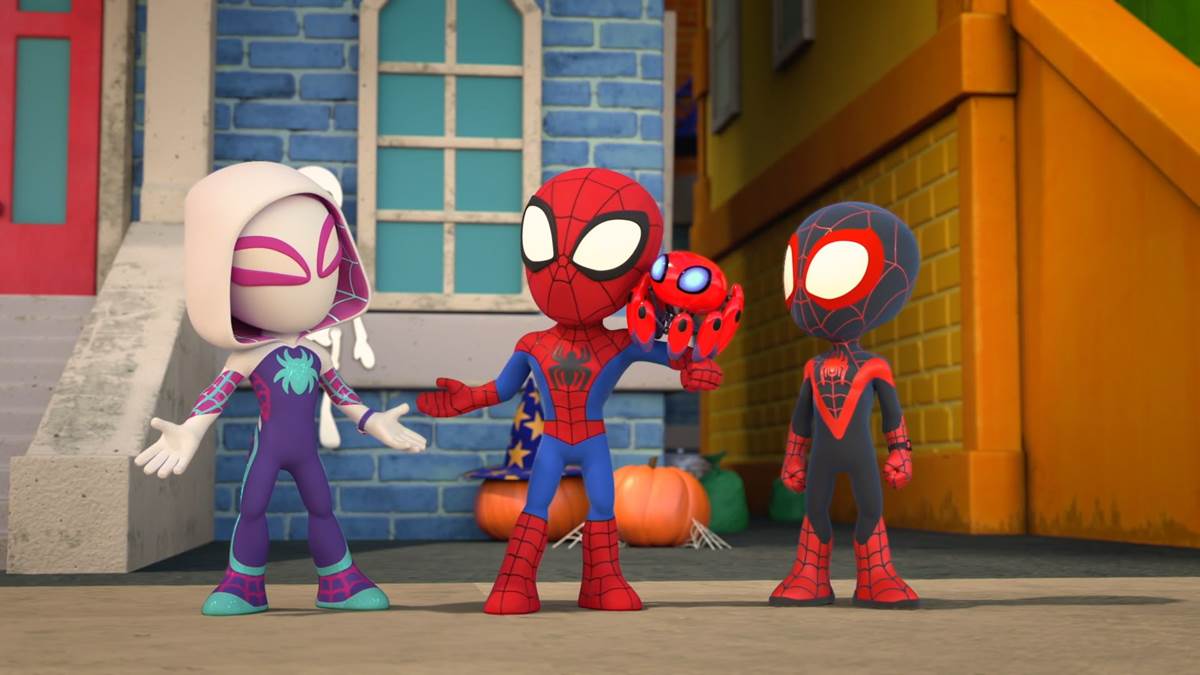 "’T-Wrecks / Trick or Eek’ – In the first story, Sweetie and Little Boo both want to dress as a T-Rex for Halloween, so Coop referees a contest to decide who is the winner. In the second story, the squad helps their friends track down a candy-stealing ghost on Halloween night.”

"’Oh My Gourd / The Curse of the Wereanimal’ – In the first story, Kermit borrows Bunsen and Beaker's Grow-inator Ray to make his Halloween pumpkin grow faster. Then, when Animal eats too much candy, he transforms into Wereanimal and the rest of the Muppet Babies have to figure out a way to get him back to normal before the Halloween party starts.” 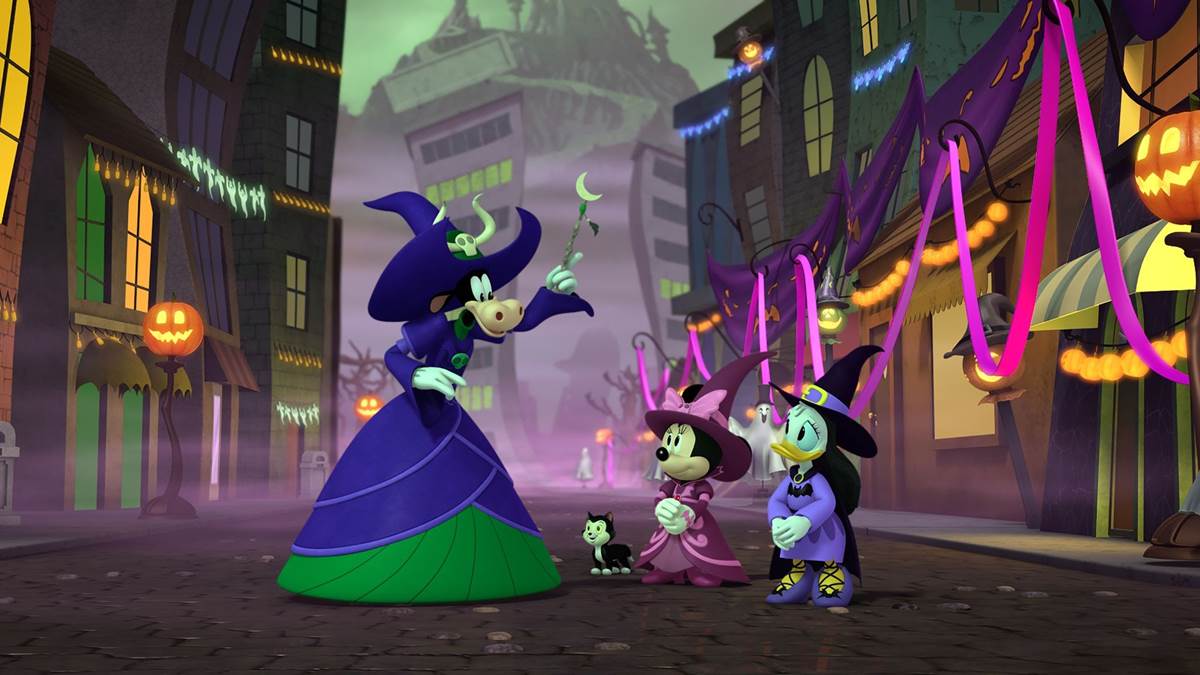 “On Halloween, Mickey tells Pluto a story about two witches-in-training, Minnie the Wonderful and Daisy Doozy, who must pass four tests to graduate from the Witch Academy in Happy Haunt Hills. While Daisy isn't confident about passing, she and Minnie join forces, along with Count Mickula and the gang, to defeat a mischievous ghost.”

"’Minnie's Halloween Spook-tacular’ – Minnie, Daisy and Cuckoo Loca are hired to decorate an old house for a Halloween Boo Bash, but they discover that they are the intended party guests.”