It’s that time of year, when friends and families gather together around their screen to watch a twenty minute concert bookended by hours of football and marketing. Of course, I’m referring to the Super Bowl, which this year will take place at Los Angeles’ SoFi Stadium, a mere 40 minutes away from Anaheim and the Disneyland Resort. So you know what that means:

Originating in 1987, the popular commercial (usually produced and edited to air nearly immediately after the game) sees the MVP of the big game being asked what they’re doing next now that they’ve won the Super Bowl, and are usually seen exclaiming that they’re going to Disneyland or Walt Disney World. The destination is largely based on whichever is nearer to the stadium in which the game took place. The next day, the MVP will typically be seen in a special parade cruising down Main Street USA at either Disneyland or Walt Disney World’s Magic Kingdom. Fans who are in the know often plan around this as well, getting tickets to the park in the event their team wins and being able to witness their MVP rolling down the street. While this is a monumental year at Walt Disney World with the World’s Most Magical Celebration in full swing for the 50th anniversary of the resort, the proximity of the Super Bowl at SoFi Stadium in Los Angeles all but guarantees we will hear the words “I’m going to Disneyland” exclaimed at the end of this year’s event, meaning they’ll likely end up in a mini-parade making their way down Main Street USA at the Happiest Place on Earth on Monday.

Football MVPs can’t be the only ones having all the fun though! You can be the MVP of your family looking for that All-Star experience, or even your own personal triumph and be your own MVP in your life and treat yourself to some fun in Anaheim. So what to do?! Immediately, any MVP’s big stop will of course be the Disneyland Resort. Football players are the heroes to many of their fans, but they could also check out a world of superheroes at Disney California Adventure’s Avengers Campus, home to the newest attraction in the park, WEB Slingers: A Spider-Man Adventure. But this series isn’t about Disneyland, it’s about what’s outside of Disneyland, beyond the berm (hey!). So where could an MVP, or someone looking to treat themselves to an MVP style experience go in Anaheim?

Well….to the top of course. Or at least, the top of several buildings in the city that are home to some great lounge space in the sky. Take for example the BluSky Restaurant & Bar on the 12th floor of Radisson Blu Anaheim with a full exhibition kitchen and welcoming terrace. You could also make it a night and sleep like an MVP while you’re there, and enjoy the comfort and amenities that got the property newly designated as a AAA 4-Diamond Hotel, one of only five resorts in the city to be bestowed with this title. 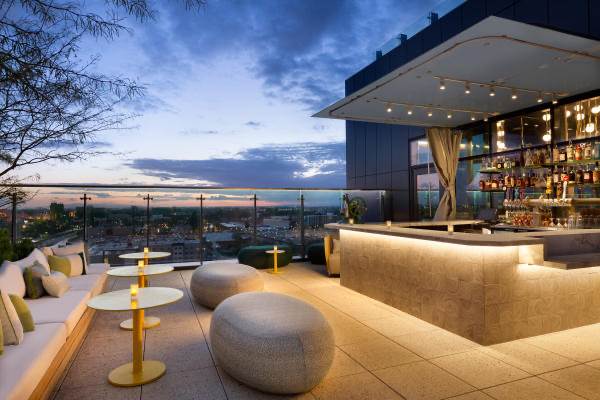 Or you can head over the JW Marriott and enjoy the view from their rooftop restaurant and lounge, Parkestry. You can find out more about that location in one of the earlier entries in this series here. 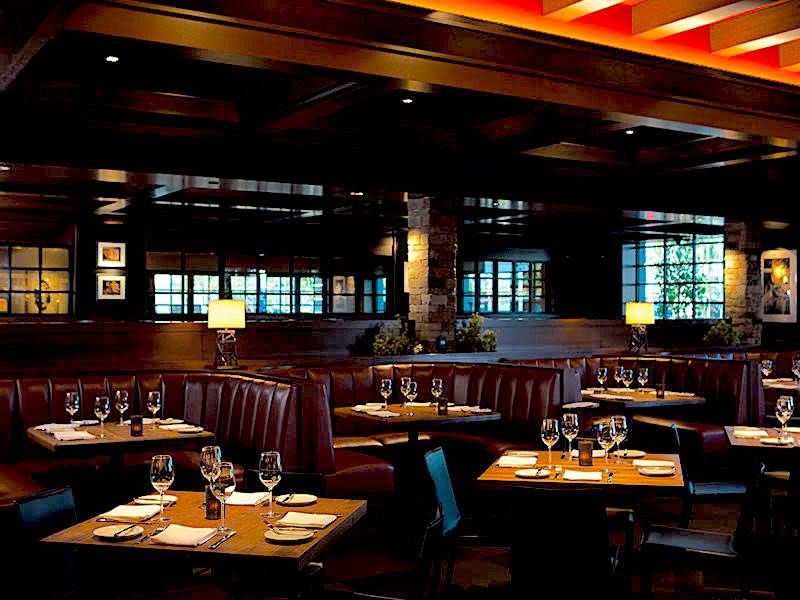 You can also dine like an MVP at The Ranch. Off of Ball Rd. and known for their steaks, including a 58 oz. Cowboy Ribeye, they pride themselves on their partnerships with farmers, ranchers, fishermen, bakers and artisan cheesemakers that honor the season’s best in local and regional ingredients. I’d like to point out that it's funny I’m referring to this restaurant in the context of football when it’s more famously known as the first location Mike Trout had a meal in Anaheim after signing with the Angels baseball team.

MVPs might also want to have a bite or enjoy a drink out of the limelight for a bit, and I would personally point them to a secret hideaway in the Anaheim Packing District, which you can read more about here. They might also find themselves in the private luxury of the Foundation Room at the House of Blues Anaheim in GardenWalk. Papa Roach, The Go-Go’s, and Andy Grammer are all set to make appearances in the weeks ahead, among many other artists, and fans can pick their poison when it comes to live music to enjoy at the venue.

A true MVP could go wherever, whenever, right? Right! This time of year in the city is especially appealing however, with Lunar New Year festivities at the Disneyland Resort, as well as local events, including performances at the City National Grove of Anaheim, and events at the Honda Center, including the Harlem Globetrotters and Anaheim Ducks NHL games. Even though it’s just beyond the city limits in Buena Park, Knott’s Berry Farm is also in the midst of their Peanuts Celebration, which we visited recently and you can read all about it here.

These are just a few of the ways you can live it up like an MVP in Anaheim, but there are so many more. For other ideas, be sure to check out the rest of the “Beyond the Berm” series here on LaughingPlace.com for more activities and fun outside of the Disneyland Resort in Anaheim, California.