Beyond the Berm: The Views and Flavors of Parkestry at the New JW Marriott

While last time we walked through the revitalized GardenWalk, a hotel that was long-promised for the outdoor dining and entertainment venue has finally come to be realized and towers above it. The JW Marriott opened in August of 2020, and with it brought a new level of luxury to the GardenWalk, as well as a new dining option high above the city. 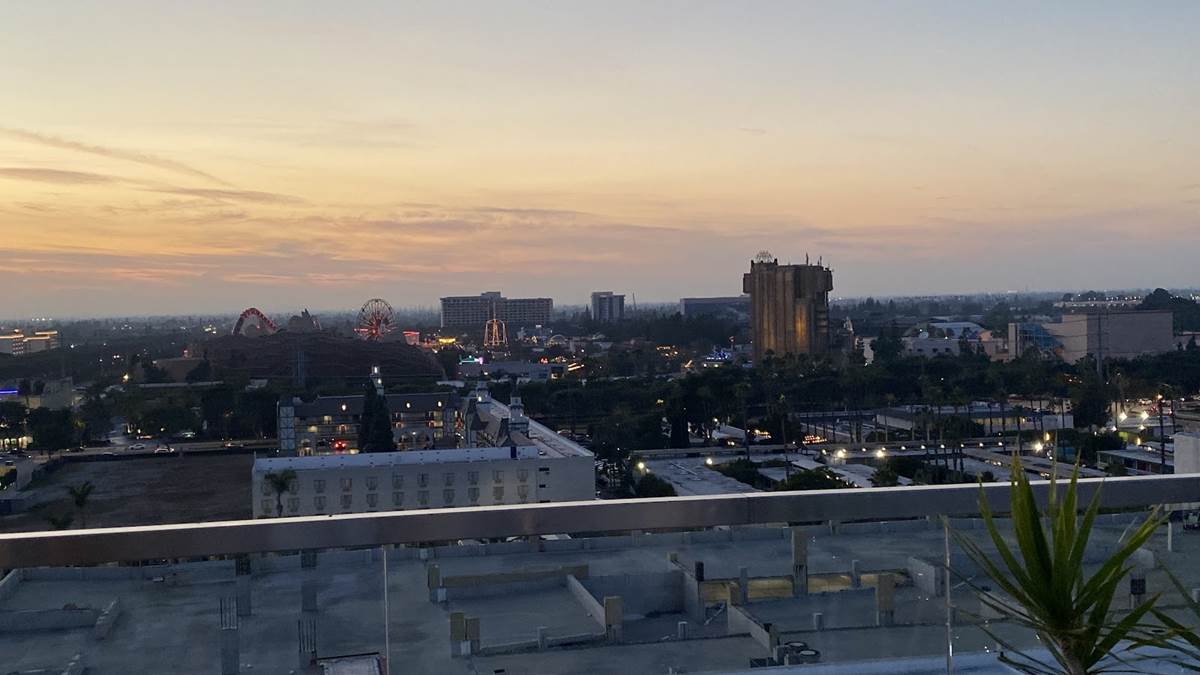 The new JW Marriott is a luxury AAA Four Diamond hotel designed with features “meant to uplift the soul and enrich the body, spirit and mind.” The resort also offers multiple social spaces and amenities crafted to bring people together, including a JW Garden, a yoga and zen room, an expansive fitness center and an outdoor swimming pool. 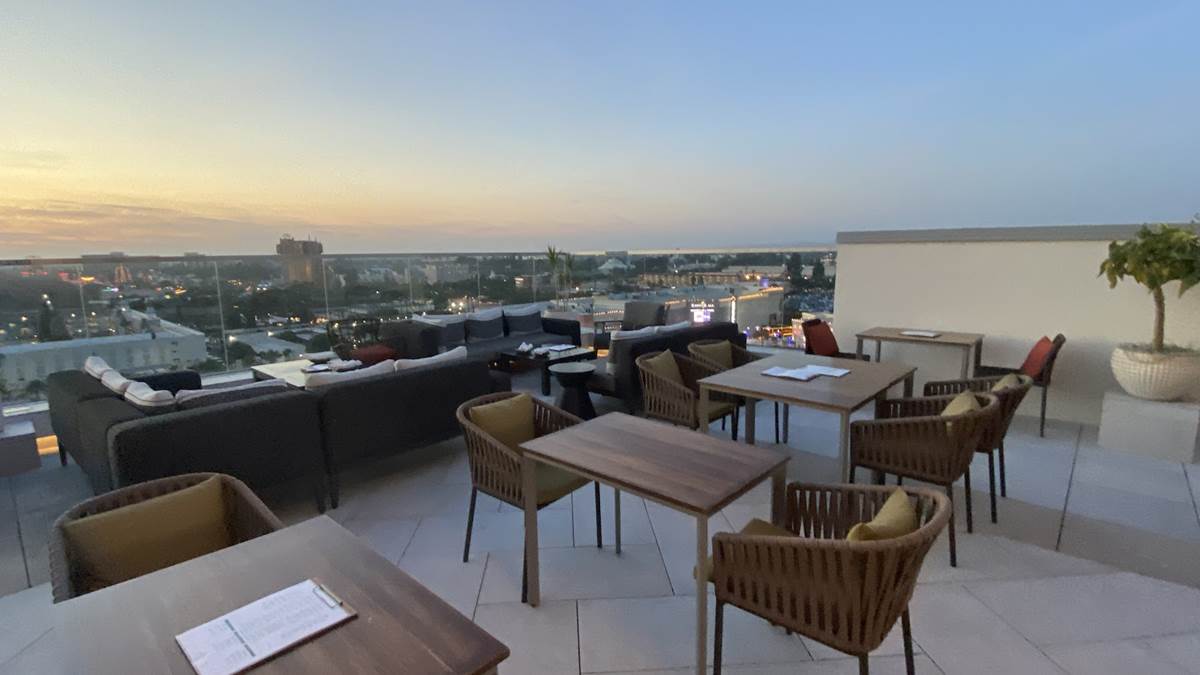 But we’re here to enjoy the rooftop highlight of the resort – the Parkestry Rooftop Bar and Lounge. As of right now, it’s the most elevated bar and lounge area in the city, with views of neighboring Disneyland Resort, the legendary sunsets of Southern California, and on clear days, Downtown Los Angeles and even Catalina Island. We were even told that the legend of the day they saw the famous Hollywood sign from this location, but I call that a legend because I can’t see it when I’m right beneath it.  Best of all, this space is open to all, not just those staying at the hotel. Disney fans will love the location as a cursory glance will offer views of Pixar Pier (and likely some of World of Color when it returns), Guardians of the Galaxy – Mission: Breakout, Space Mountain, Matterhorn Bobsleds, and Star Wars: Galaxy’s Edge in the distance. More focus will reveal even more locations like Sleeping Beauty Castle, Grizzly Peak, the top of the Moonliner and other taller visual landmarks of the parks. 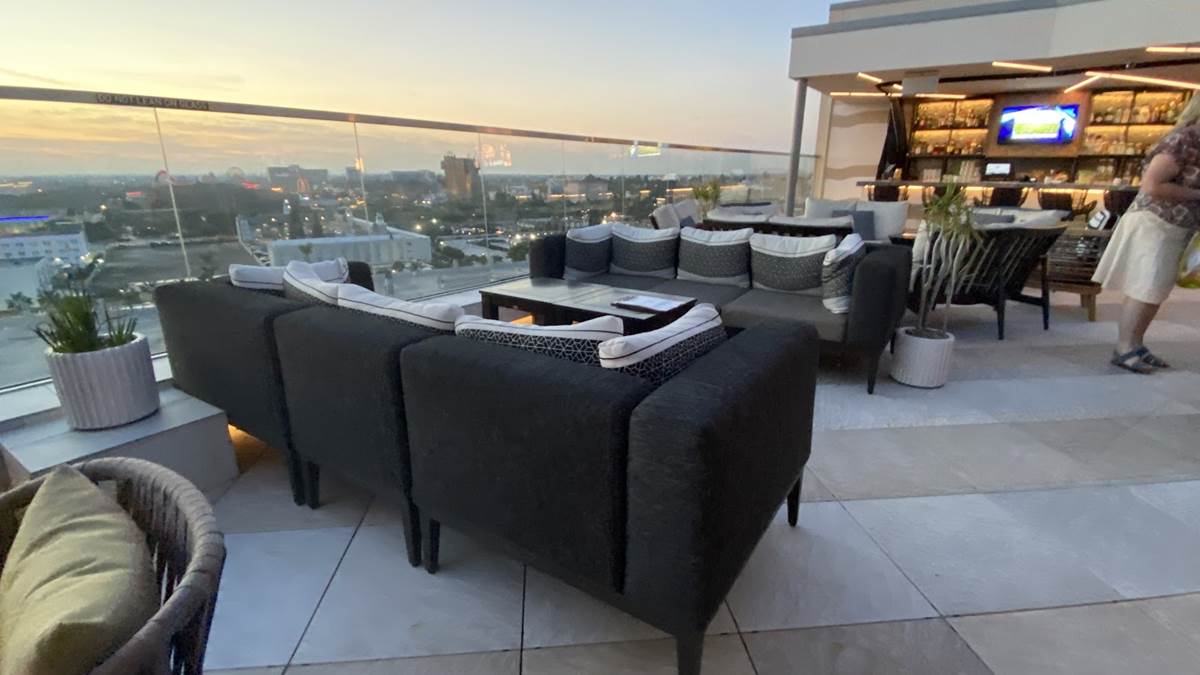 Parkestry opened shortly after the rest of the hotel did in 2020, and is helmed by Executive Chef, Amol Agarwal.

The menu perfectly blends cultural experiences, and culinary expertise through a mix of unique flavor combinations and colorful creations. Items such as the Spanish Albondigas made of pork, beef, scallion, almond romesco, and cilantro, as well as the Asian Chicken Bakso composed of fresh coriander, ginger, vegetable slaw, and spicy plum sauce are available. More traditional fare, like margherita pizzas and charcuterie boards are also available to nosh while taking in the spectacular views offered by the rooftop location. 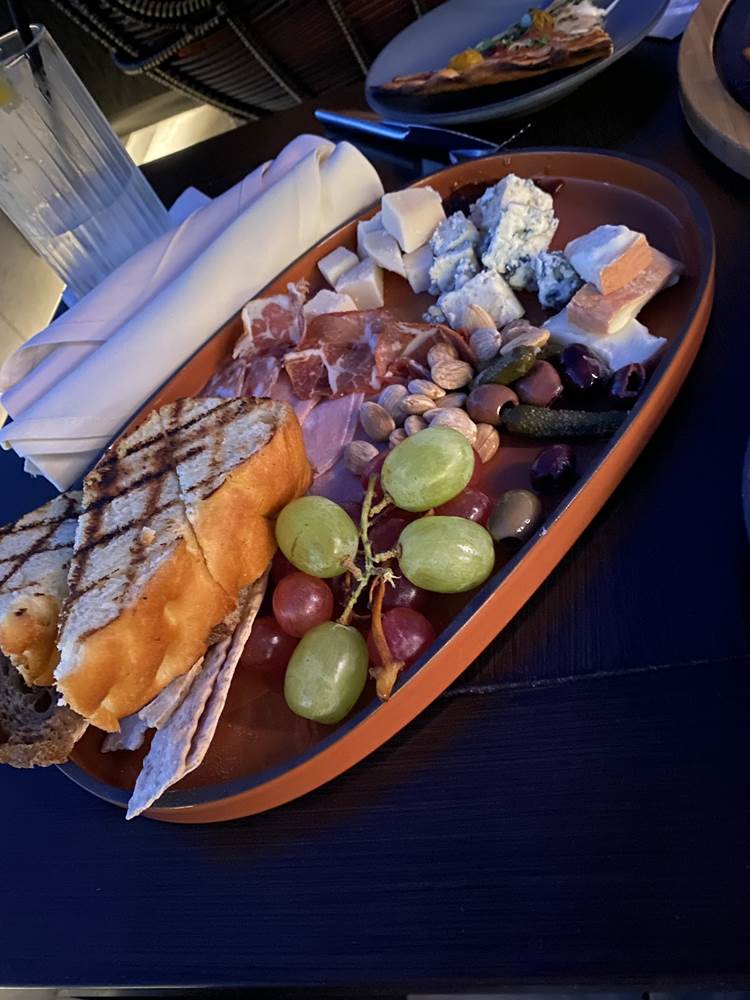 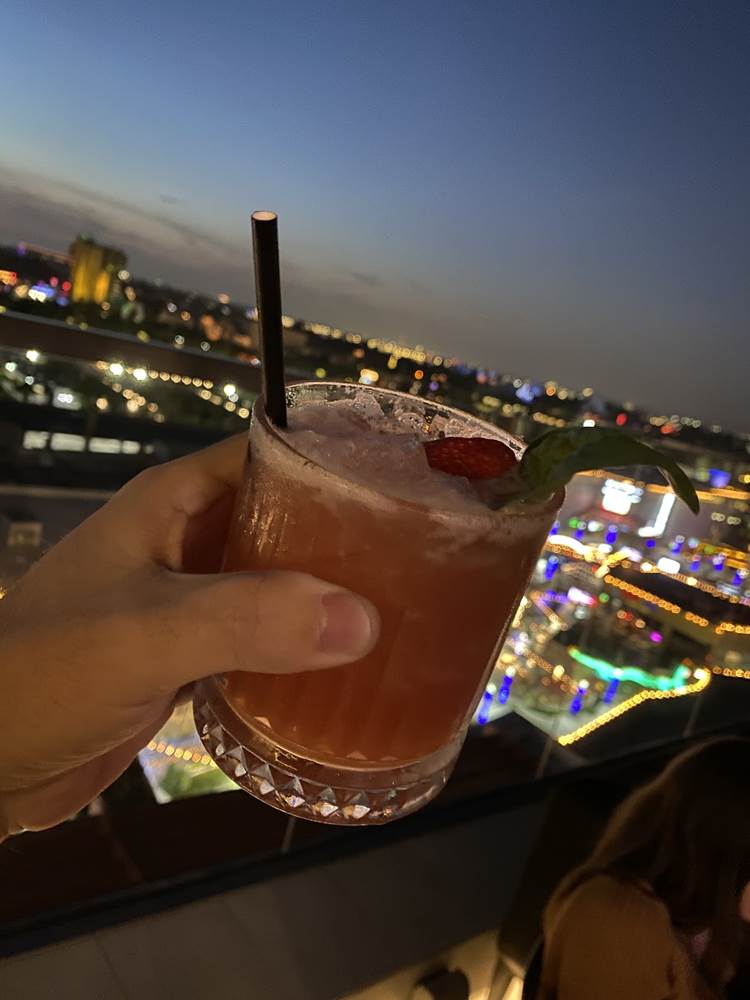 The rooftop venue is actually split into two sides, both offering views to the west. Each side of the rooftop space is intended to represent daytime and nighttime sky, creating a fun and open social energy. Guests also get up to the space via elevator, and when they step out are immediately greeted with a mosaic floor tiling meant to mimic the night sky. Other details include a bar made of gold and crème tiles that resemble the sun and its rays, and restrooms that are lined with poetic mirrors that provide positive affirmations to both men and women that magically appear upon entering. But let's be real, the place really comes alive at night, and many will flock to the space to watch the fireworks from neighboring Disneyland. The space can also be booked for special events, like weddings, but typically only one of the sides will be closed for those who book. 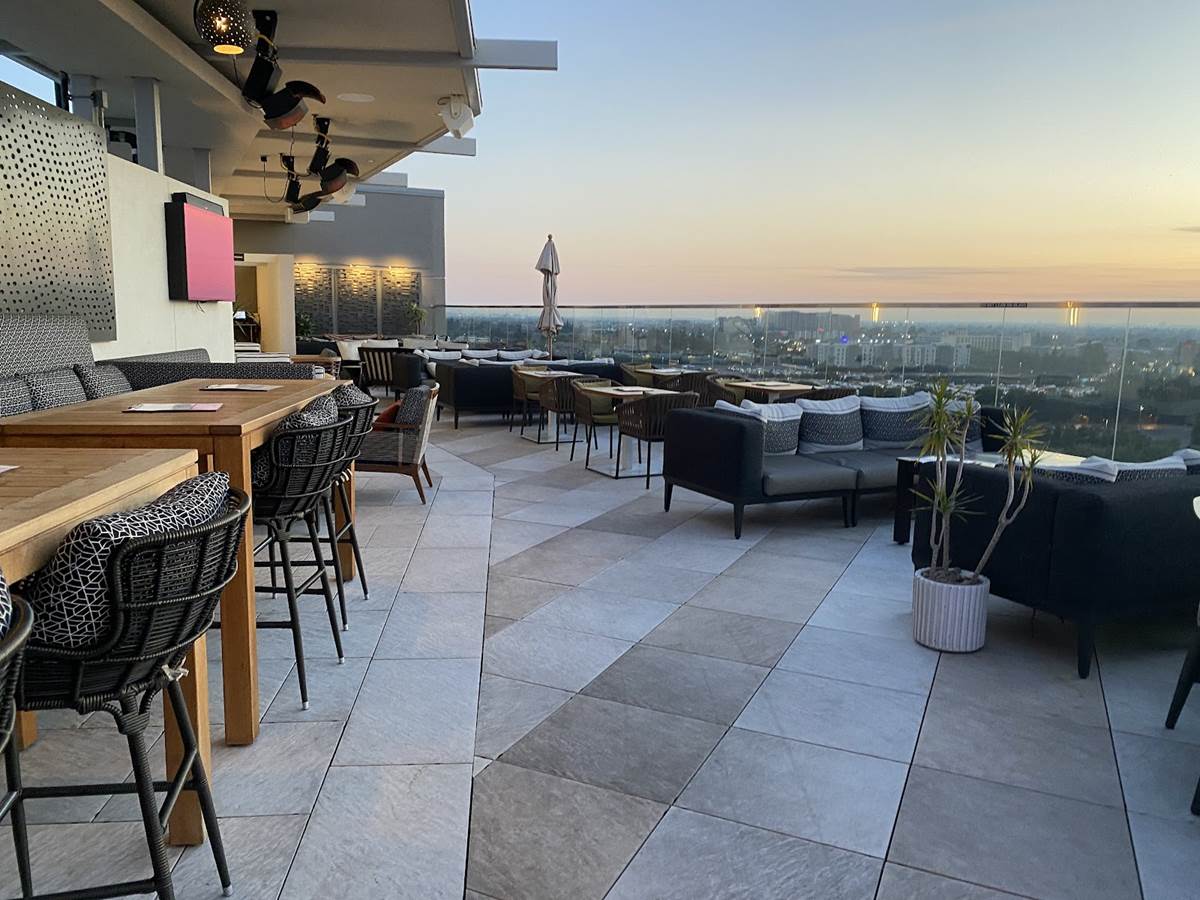 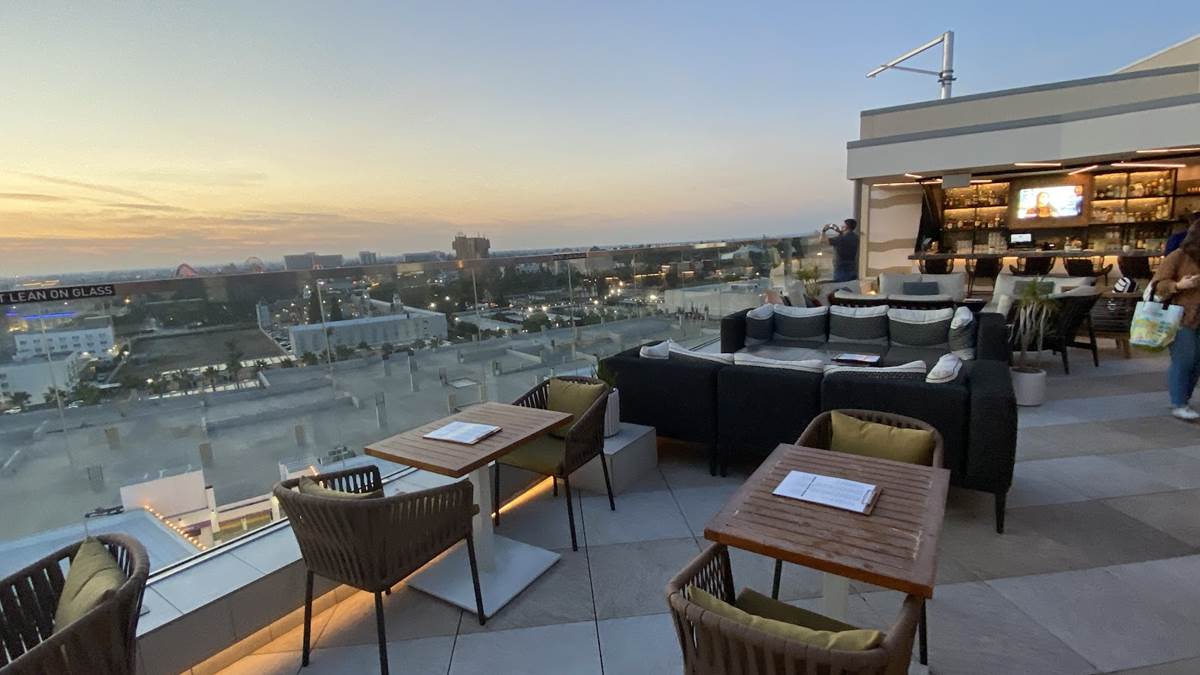 Between GardenWalk and the JW Marriott sits the resort’s JW Garden. This space has actually won the Julie Mayer Award, the highest honor from Anaheim’s 2020 Art in Public Places. Throughout the garden are sculptures and other art pieces, but the JW Garden carries over the agricultural aesthetic and actually plays a significant role in the development of the hotel’s food and beverage programs by providing fruits, herbs, and vegetables such as kale, basil, strawberries, and jalapenos. 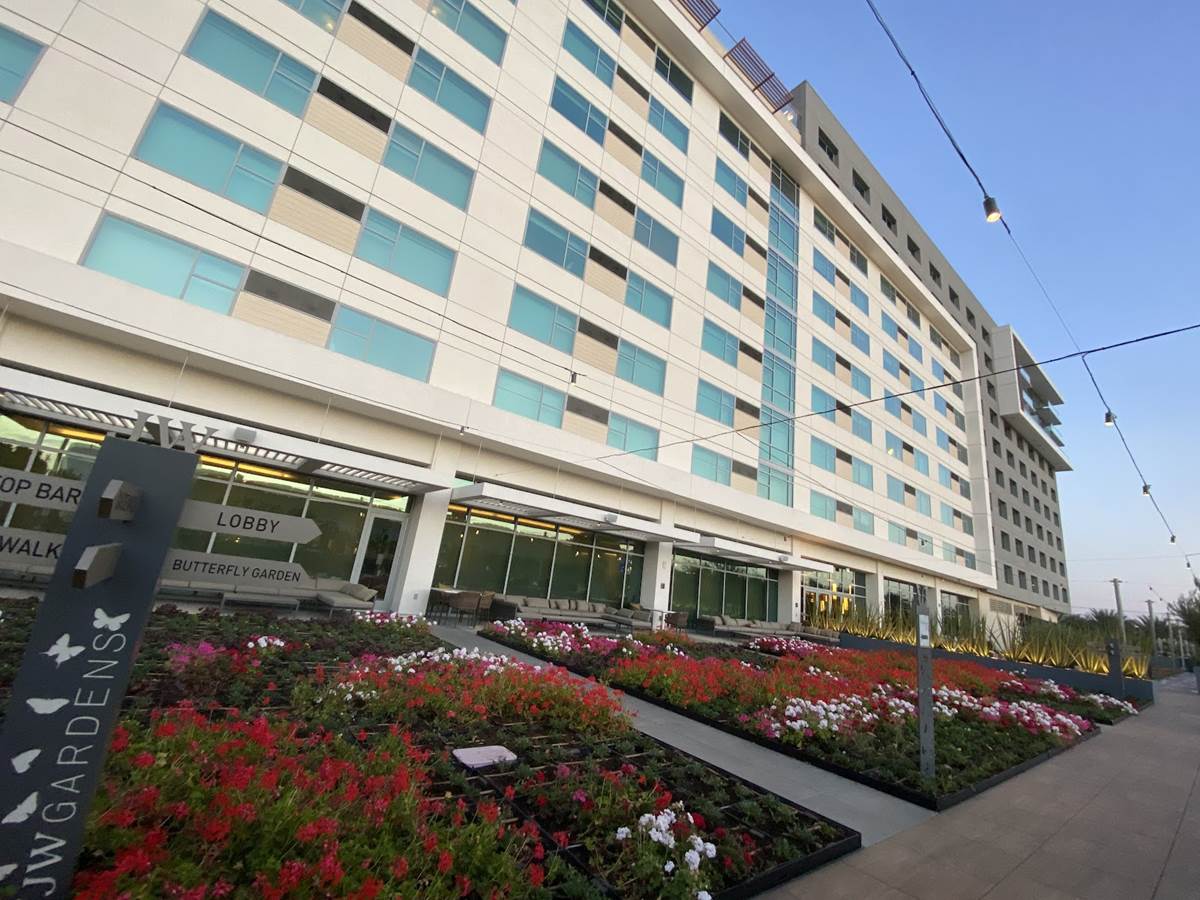 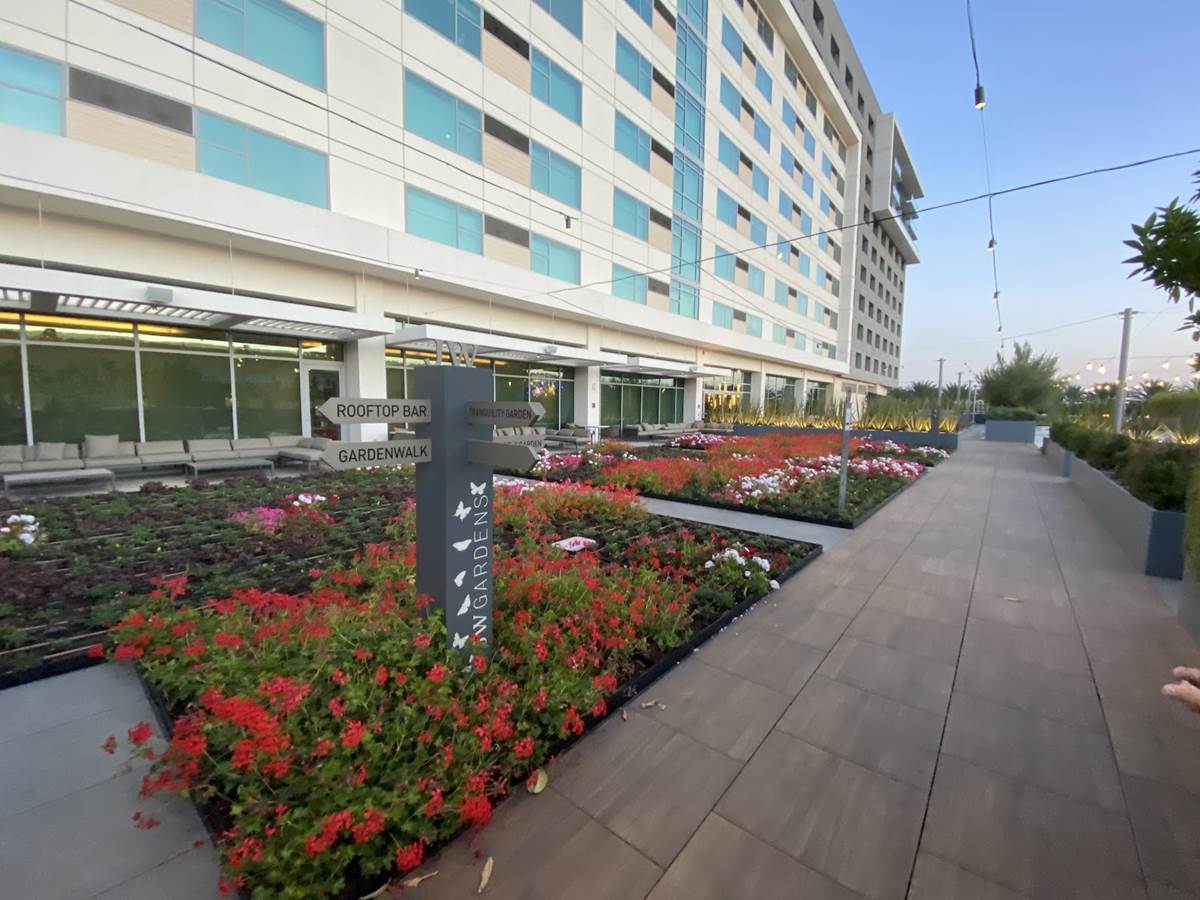 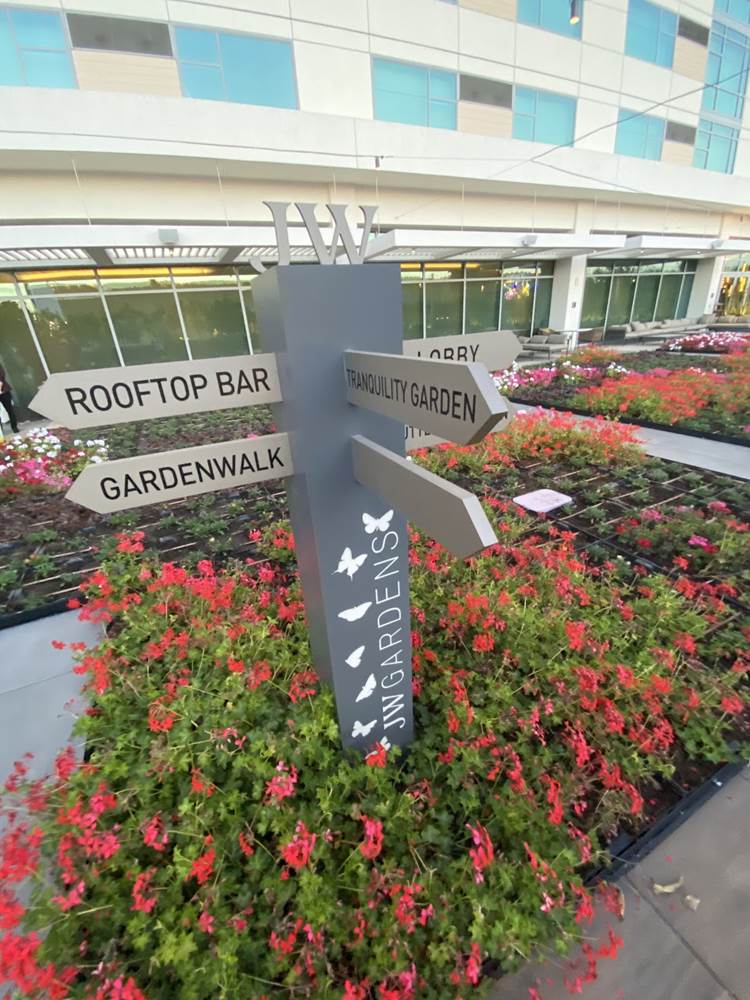 After a bit or research, I discovered that the name Parkestry was chosen as a whimsical combination of “park” and the suffix “-estry”, as in ancestry and tapestry, a nod to the history-making families who established this part of California. The timeless artistry woven throughout the hotel, and the garden-like feel conveyed through landscaping and wood-centric design elements that is carried out throughout the resort is reflected in this beautiful outdoor space as well, making this rooftop location one of the more desirable locations for a nightcap in Anaheim. 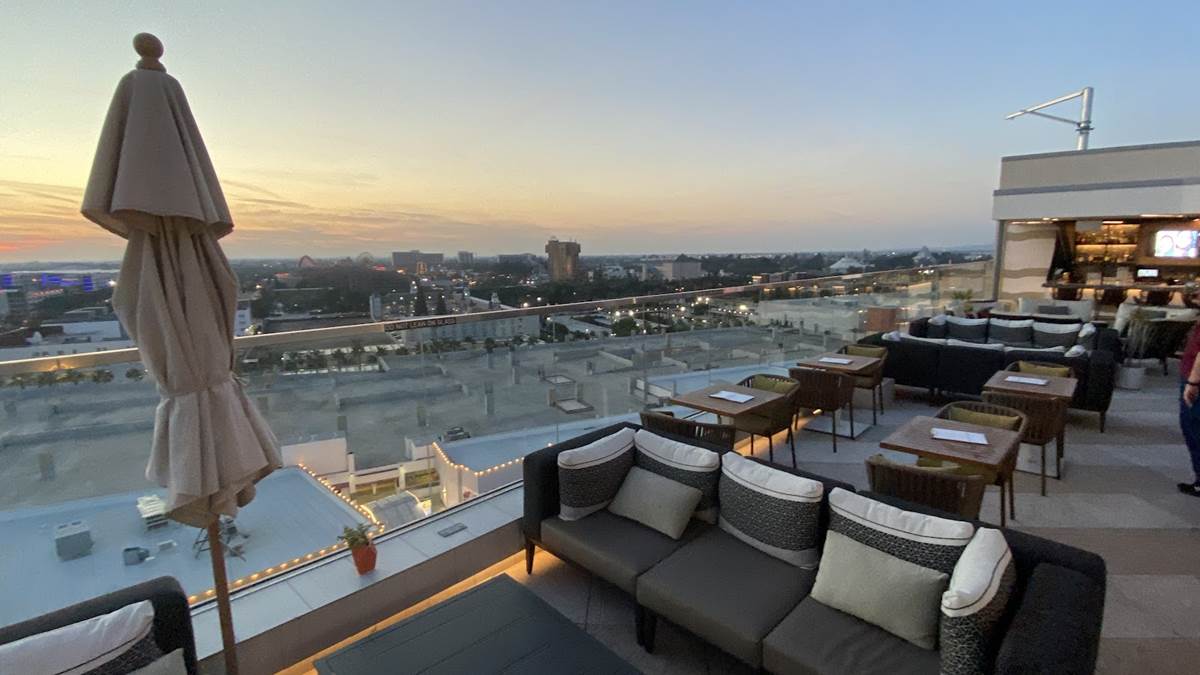